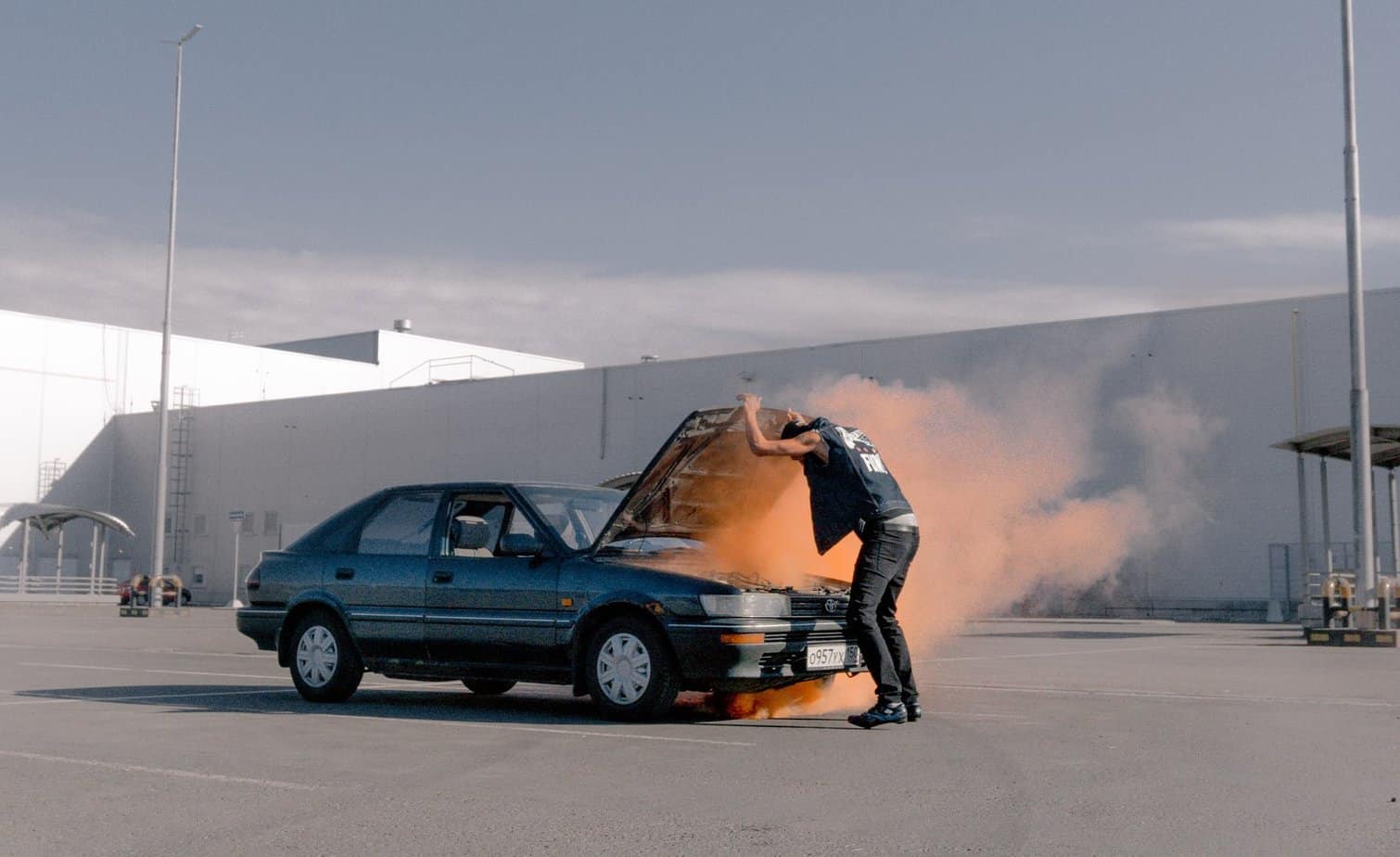 Owning a car is a huge responsibility; nothing highlights this better than when you encounter car troubles. After all, some car troubles can be outright frightening.

A good example is when you notice smoke rising under your car’s hood while traversing a highway. Why is your engine smoking? I looked into it, and here is what I found!

Why Is My Engine Smoking?

Your car’s engine can start smoking due to damaged or worn-out parts like the fuel injector, fuel pressure regulator, engine block, cylinder head, and head gasket. Your engine may suffer from leaks and faulty wiring due to poor manufacturing and lack of proper maintenance. However, car owners can avoid these problems with proper care and attention.

If you are interested in learning more about the different damages and malfunctions cars can suffer that result in either black or white engine smoke, keep on reading!

1. Your Engine Has A Damaged Fuel Pressure Regulator

2. Your Engine Has A Cracked Engine Block

Engine blocks are critical to your car because they support your engine’s components and keep the major parts together.

When engine blocks crack, your engine can overheat because of a leaking antifreeze, resulting in white engine smoke.

While small cracks can be fixed using a sealant, big engine block cracks must be re-welded. Typically, this process can be so costly that it would be cheaper to get a new car.

3. Your Engine Has A Malfunctioning Carburetor

Carburetors function by mixing fuel and air to supply the spark-ignition engine of a car.

However, carburetors can sometimes malfunction and feed the engine with too much petrol or diesel. As a result, your car will generate excessive emissions whenever you drive.

Additionally, you will notice your car giving off black engine smoke. If you get your carburetor checked by a professional immediately, this problem will be easy to fix.

4. Your Engine’s Ignition Timing Is Off

When your engine’s ignition timing is off, it will burn excessive amounts of fuel. Eventually, this may result in clouds of smoke getting pumped from your engine.

With that, you must visit a reputable mechanic to correct your engine’s ignition timing. Otherwise, you will constantly be dealing with smoke and extravagant fuel usage.

5. Your Engine Has Faulty Fuel Injector

Fuel injectors supply fuel to an engine’s cylinders using a quick and meticulous process. During this process, fuel injectors also build up carbon and become faulty.

6. Your Engine Has Damaged Radiator Hoses

Radiator hoses regulate the coolant’s flow from the water pump to the heater, making it crucial in maintaining your car’s cooling system.

Over time, the radiator hoses’ exposure to fluctuating temperatures can lead to brittleness, cracks, and even holes.

In worst-case scenarios, damaged radiator hoses will impact your engine and produce white smoke. Fortunately, radiator hoses are easy to both repair and replace.

7. Your Engine Has Faulty Wires

One of the first assumptions people make when their cars emit smoke is that their engines are overheating. Unfortunately, that is not always the case.

For example, your engine can start smoking simply because of faulty wires, and you will know that wires are the problem because of the strong odor they give off.

However, if the problem is connected to your alternator’s copper wires, the smell will be more subtle, but you will notice that your car’s engine lights should still be functional.

8. Your Engine Has A Blocked Intake Manifold

Your car’s intake manifold is responsible for the even distribution of the combustion mixture to the cylinder head’s intake ports.

When the intake manifold gets blocked, only a small amount of the combustion mixture reaches the system. As a result, your engine will emit black smoke.

Technically, you can clean a blocked intake manifold by yourself. However, if you have no prior experience in this task, it is better to leave it to a professional.

9. Your Engine Has Leaking Seals Or Valves

Also, it takes only one malfunctioning piston valve seal for oil to leak, burn, and generate smoke. Typically, leaking seals or valves will produce white or blue smoke.

Read More:  Why Do Battery Terminals Corrode? (11 Reasons Why)

10. Your Engine Has A Broken Cylinder Head

Leaks of any form spell trouble for your car’s engine. However, it can be even more worrisome when it is your cylinder head that cracks and starts to leak coolant.

When coolant enters the cylinder or the combustion chamber, it mixes with the fuel and creates white smoke.

As more coolant seeps into your engine, overheating becomes a real hazard. So, to determine if this is the problem, simply check your oil reservoirs for signs of mixing.

11. Your Engine Has A Blown Head Gasket

A blown head gasket will leak the coolant into the exhaust pipe or the engine compartment. As the leak becomes worse, your engine will start emitting white smoke.

Additionally, a blown head gasket can cause your engine to overheat and get severely damaged.

As you can imagine, identifying this problem early on is crucial because repairing a blown head gasket can be extremely costly.

Car engines can emit white, black, and blue smoke due to faulty parts and severe leaks inside the engine.

Addressing these issues can spare you from making costly repairs or replacements in the future. Additionally, doing so will help you avoid another bout of smoking engines.