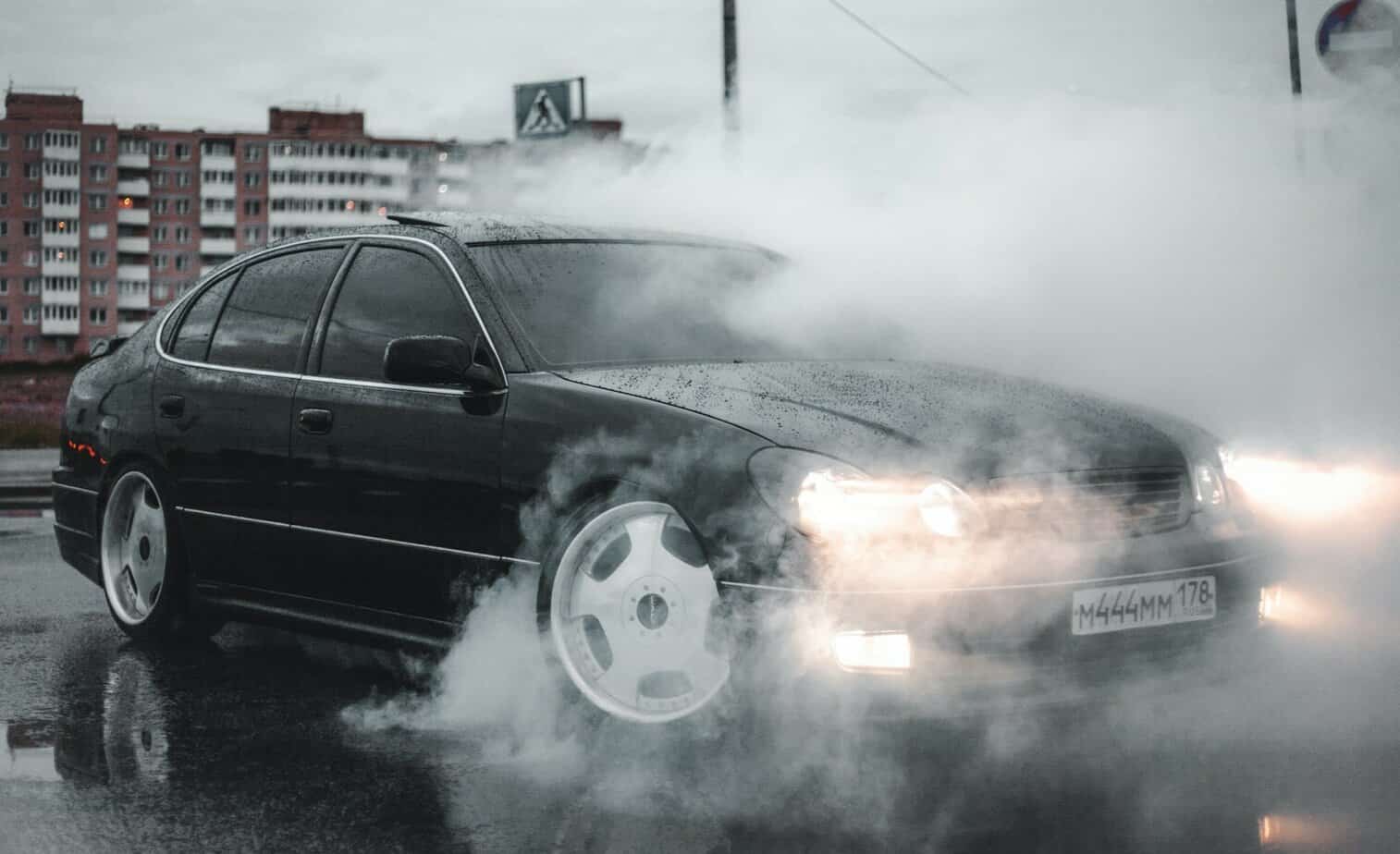 Has it ever happened that you were on a routine drive when suddenly white smoke started blowing from your car? It’s a common occurrence, as overheating is one of the more common causes of smoke.

While smoke coming from your car may be from it overheating, it’s possible for there to be other causes for the smoke, too. Here’s what we found about the matter!

Why Is My Car Blowing White Smoke But Not Overheating?

If your car is blowing white smoke but not overheating, there may be an issue with your car’s computer or electrical systems. It’s possible there’s a coolant leak due to cracks in the engine block or cylinder head. Condensation may be a reason for smoke coming out of your car despite it not overheating.

1. Problems With The Car’s Computer

One of the main issues that causes white smoke from the car is an issue with its computer, also known as the Engine Control Module or ECM.

In this instance, the error can cause the fuel injectors to provide the engine with either too much or too little fuel, resulting in white smoke from the engine.

The fuel injectors themselves may also be the cause of white smoke coming from your car’s exhaust.

That said, this can happen because of two things: one of the fuel injectors is damaged, or there is a leak due to a damaged O-ring.

In both instances, it will cause the fuel injector to pump too much fuel into the car’s internal combustion chamber.

As such, the internal combustion chamber won’t be able to burn all the fuel, which will cause white smoke to come out of the exhaust system.

3. Faulty Wiring Can Cause A Hot Wire

While uncommon, a hot wire can be the cause of the white smoke.

In this case, poor wiring installation can cause the wires to be exposed to heat to the point where the insulation melts.

If this happens, the exposed wire may spark and cause white smoke and a strong smell to come from the car.

Similar to wiring issues, a short-circuiting alternator may be the cause of white smoke coming from your car.

The alternator is a crucial part of the vehicle, responsible for keeping the car running while the engine is on.

Apart from faulty wiring, general wear and tear or exposure to water can cause the alternator to short-circuit.

As a result, the engine and low voltage lights appear on your dashboard along with the white smoke.

An oil leak may be responsible for the white smoke coming from under the hood.

Daily wear and tear may cause the valve cover gaskets to become damaged, which can cause engine oil to leak onto the exhaust manifold.

Because of this, the oil gets burned off, resulting in white smoke coming from the car’s engine. 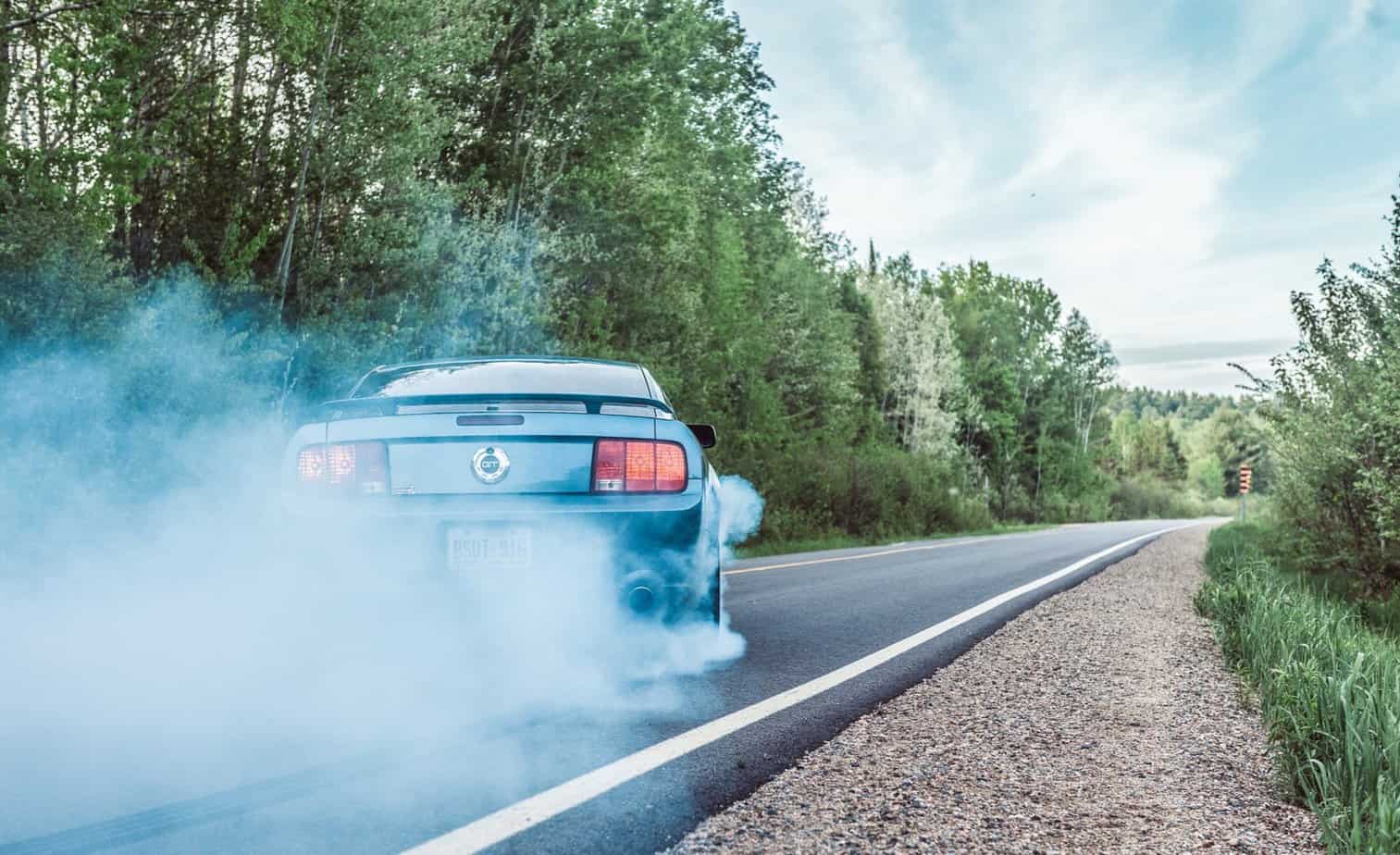 In a similar vein, leaking coolant may be the cause of white smoke coming from the exhaust.

If there is a crack on the cylinder head, the coolant may leak into the engine’s combustion chamber and contaminate it, causing white smoke to come from the exhaust pipe.

Additionally, it’s possible that a crack in the engine block—the component that holds the engine’s parts together—could cause the white smoke.

If you live in an area where temperatures increase significantly, this can cause the engine block to crack, allowing the coolant to leak into the engine, and causing significant damage.

7. Residue Around The Oil Filler Cap

Over time, vehicles gather build-up around the oil filler cap, which is the seal to the oil chamber of your vehicle.

Also, the filler cap doesn’t typically get changed during an oil change, so build-up may gather on the grooves of the cap over time.

When this happens, the oil may overheat and emit white smoke from the oil burning off.

Aside from the oil cap, the piston rings and cylinders may be worn out, which may be a cause of white smoke coming from under the hood of your car.

These parts ensure that the engine can efficiently transport the combustion gas to the piston that goes into the cylinder, and then into the rest of the engine.

Over time, these parts may wear down from use, and when this happens, the hot fuel may end up entering the cooler cylinder, which can cause white smoke to come out.

The PCV, or Positive Crankcase Ventilation valve, is the part that is responsible for controlling your car’s emissions.

When the PCV valve is working correctly, it takes gas from the crankcase as the engine burns fuel and reroutes it into the combustion chamber, so it doesn’t damage the engine.

Read More:  Why Do My Brake Lights Come On While Driving? (9 Reasons Why)

However, when the valve is broken or clogged with motor oil, it can cause white smoke to rise to the oil filler cap.

10. Water Presence In The Exhaust System

Water may end up in the exhaust system and cause the car to release white smoke. In this scenario, water leaks into the exhaust from the turbos into the cooling chambers.

As a result of the water entering the cooling chambers, white smoke may come out from the engine bay and cause serious damage to the engine.

11. Condensation Forming Due To Cold Weather

If you live in an area with a colder climate, this may cause the white smoke blowing from the exhaust system.

When starting a car, the hot gas from the exhaust runs into the cold air, which causes condensation and steam to form.

So, if the resulting white smoke is odorless and clears up right away, then it’s simply condensation forming and not a cause for concern.

To know more, you can also read our posts on why the car aux port is not working, why your car feels like it’s swaying, and why your car smells like rotten eggs.

White smoke coming out from your car may be a normal occurrence, mainly related to problems with the computer or electrical systems or cracked or damaged parts.

It’s also possible that condensation has formed in your car’s exhaust due to cold weather.

Whatever the issue may be, it’s best to get in touch with a mechanic to handle the problem and prevent it from happening again.