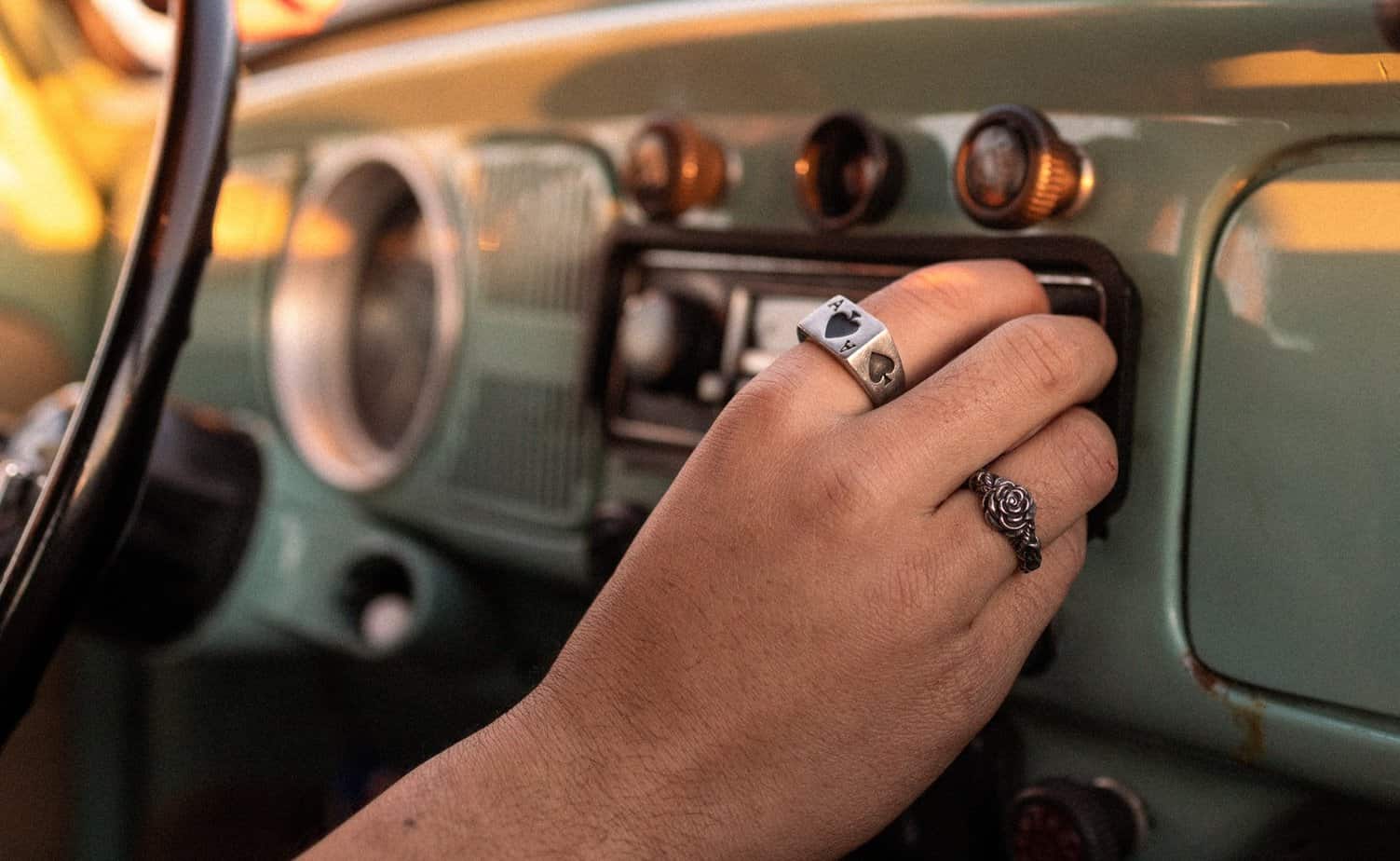 Most cars have a radio installed to let the passengers listen to music during their journey. However, the car radio does not always work perfectly, like when the car radio makes static noises.

If your car radio turns on and it has static, you may wonder what the cause is. We did the research, and here is what we discovered!

Why Is My Car Radio Static?

Generally, car radio static is caused by an issue with the car radio antenna. Common antenna issues include poor connection, corrosion, loose cables, etc. Also, a nearby cell tower can interfere with your radio’s signal. Plus, obstructing areas, such as a hilly road or tunnel, can block the signals to your car radio to make static.

Do you want to find out more reasons why your car radio has static sounds? We made a list of factors below, so read on!

1. Poor Connection In The Antenna

One of the most common causes of car radio static is that you have a poor connection in your antenna.

Usually, your antenna is the problem if you turn on the car radio and there is consistent static.

Occasionally, this occurs when your antenna is loose, so you can tighten the base to secure the antenna to your car.

Alternately, your antenna may have some corrosion, which is often caused by the weather, like humid air.

Generally, you can fix this by cleaning the corrosion off of your antenna or replacing the antenna altogether.

Typically, suppressors were added to car radios to prevent static radios, but an issue with your suppressor can cause car radio static.

These suppressors are fitted into the car’s ignition system, and the suppressors help eliminate pulses in the circuits that would create static.

Normally, you would find the issue with the suppressor when you speed up your drive with little to no static at slower speeds.

However, it is unlikely that the suppressor is the only problem, so your mechanic would likely have to check on your entire ignition system.

If you are driving nearby a cell tower, there is a good chance that the cell tower is causing car radio static.

Generally, static can be caused by any interference from another device that transmits radio signals.

Usually, you can stop the static by driving further away from the cell tower. 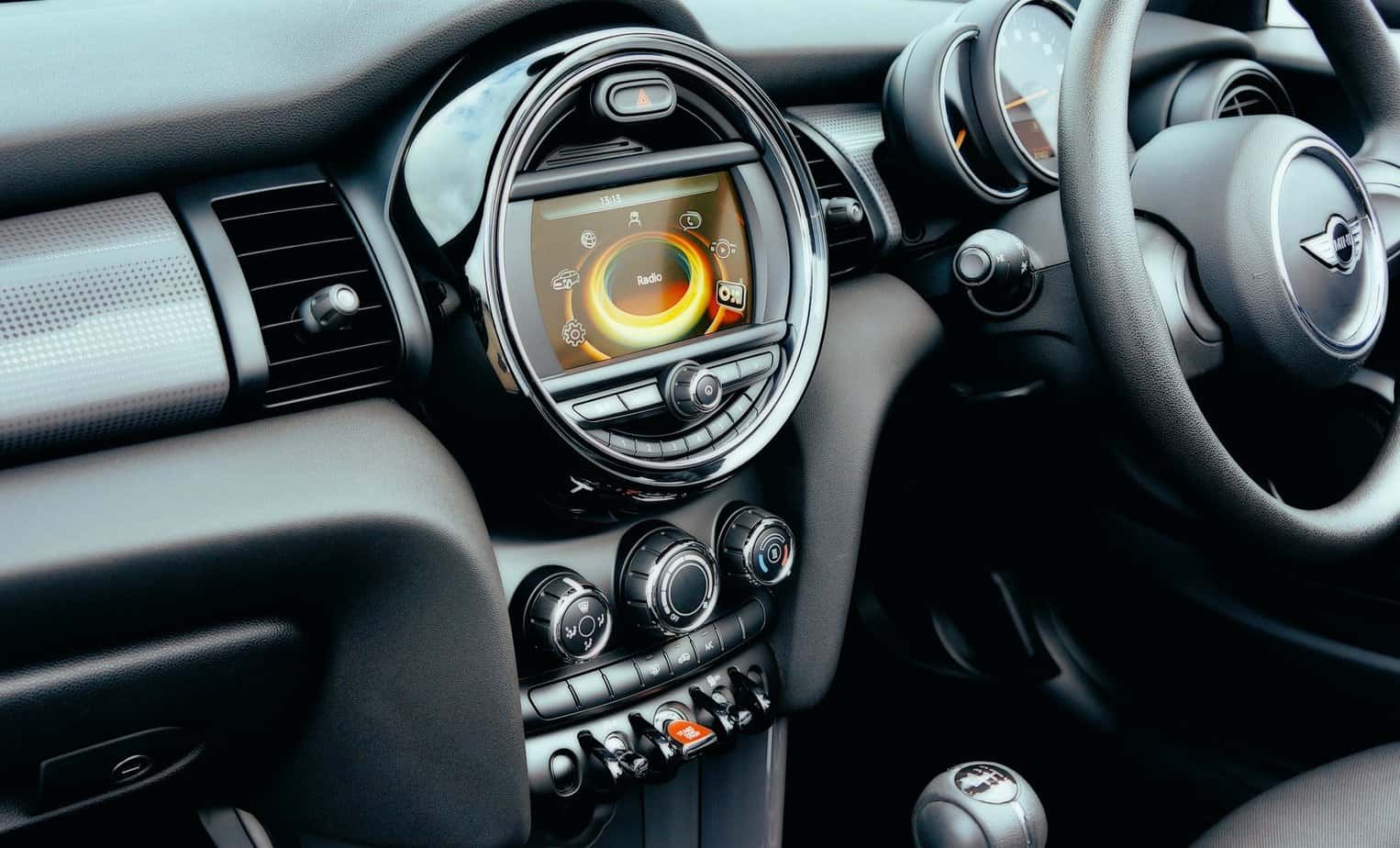 Weak signals are a huge reason a car radio creates static since the signal is not strong enough to emit sounds to the radio.

Therefore, your car radio will need radio signals to produce a clearer, crisper sound, so you need to strengthen your connection.

Generally, you will likely have a poor signal if you are surrounded by obstructing formations, such as inside a tunnel.

Thus, you would have to wait until you leave the area until your car’s radio can reach a stronger signal.

In some cases, your car radio’s antenna may not be strong enough, so you can add a car antenna booster to help the antenna easily pick up signals.

If the antenna does not cause the car radio static, there is a good chance your static is coming from the car’s ground connection.

Typically, you would have to remove the dash panels, carpets, etc., to reveal and open the radio and see what the problem is.

Once you see the head unit of your car radio, you need to check out all the connections, such as the wires in the radio.

After that, reconnect any wires as needed and replace any damaged wires, and this should fix the car radio static.

However, be careful not to ground your head unit into the same area as another part of the radio.

Otherwise, you will deal with another noise from your car radio that is similar to a hum or whine.

Occasionally, the cable of your antenna can be the issue, and there is an easy way to find out if it is.

Firstly, unplug your car radio’s antenna, which you can do by finding the back area of your radio’s head unit.

Once you remove the antenna cable, turn on your radio’s head unit and carefully try to listen for static.

Generally, you will not be able to find a radio station, but you can still try to listen for static regardless.

If there is no more static after you remove the antenna cable, you likely have some interference in the cable of your antenna.

Also, you can try to reroute your antenna’s cable to keep the antenna cable away from electronic wires or cables to avoid interference.

Read More:  Car Jerks When Stopped At Light? (9 Reasons Why)

If rerouting the antenna cable does not fix the static issue, you may need to replace your car antenna.

If your car radio comes with an amplifier, there is a chance that the car radio static comes from the amplifier.

With that, remove the patch cables from your amplifier’s input to find out if the static is from the amplifier.

Then, if any static returns after doing so, you may have to look at how the cables are routed and reroute the cables.

Car radio static can occur for various reasons. Still, the most common cause of car radio static will be a problem with your antenna, which interferes with the radio’s signals.

Alternately, some other issues, such as your car radio’s amplifier or a nearby cell tower, can make your car radio create static.