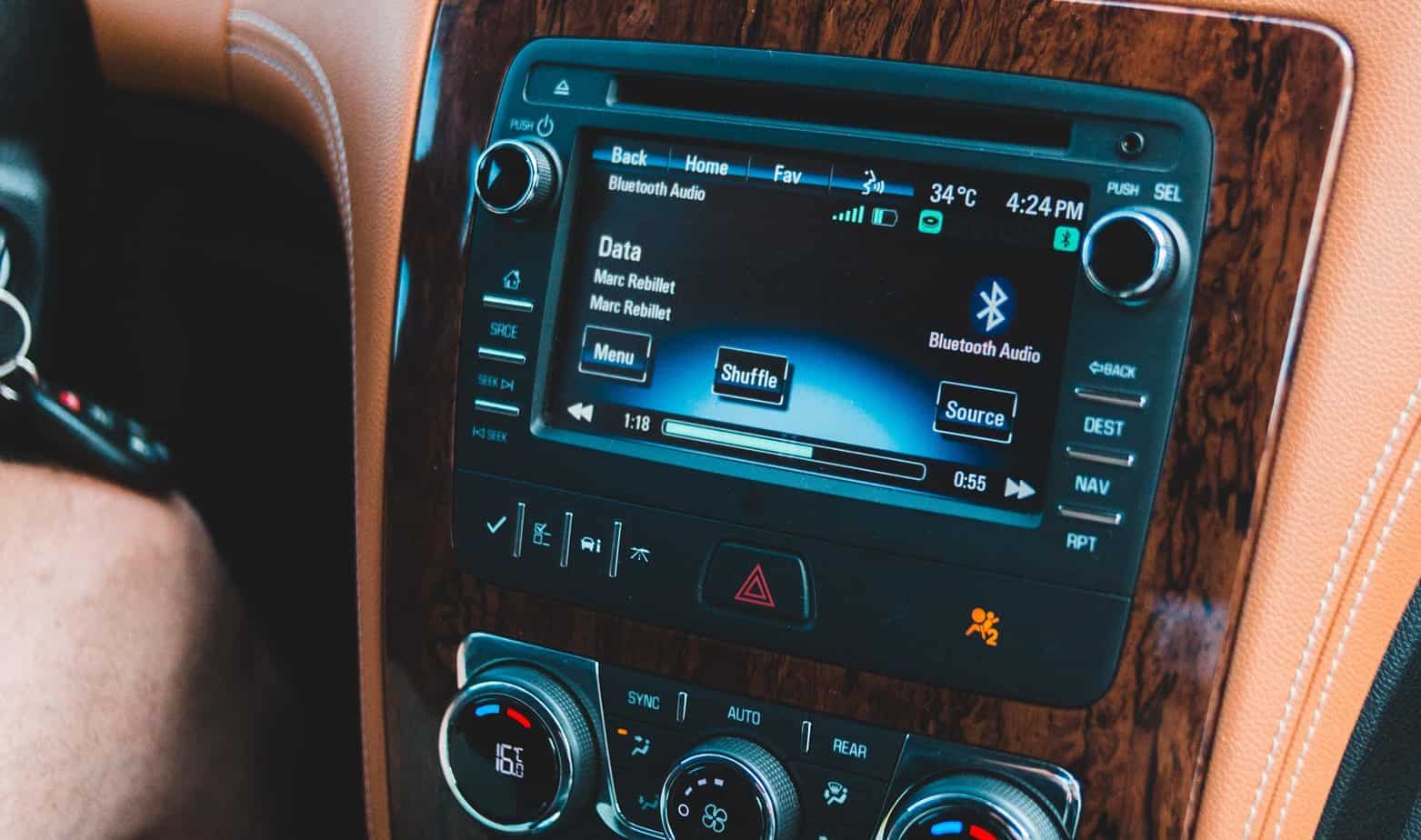 The possibility of display unit failure is among the most irritating features of modern car infotainment systems. Consider yourself on a long road trip, wanting to have some music.

But, your radio display settings won’t work. Simply imagining this is frustrating. So, join us in discovering more about why the car radio display won’t function!

Why Is My Car Radio Display Not Working?

The dimmer features are the first area to check. You could go insane trying to find the problem’s source when it’s this simple.

Of course, you can adjust the brightness of most car display systems. Furthermore, wrong brightness settings may result in your display device not displaying anything.

For example, you may have set it to the lowest brightness, so you’re not seeing what’s on the screen.

Also, it can happen if you leave anyone in the car and they end up playing a joke on you by turning down the display brightness.

So, examine the brightness settings first if you’re experiencing trouble with your display.

The design of the individual wiring is another issue with car display devices. As a result, your car’s screen may occasionally stutter or go entirely blank at other times.

So, if the car radio display is soldered to the main unit or attached to it through a cable, the risk of loose wires will always be present.

In addition, tension can cause damage to cables; if wires are wrongly connected, the display may not receive enough electricity.

As a result, this could eventually cause the display to behave strangely. If your radio display is exhibiting similar symptoms, you should have the cables checked.

If you’re unfortunate, a defective fuse will prevent your car audio from turning on with the ignition. Fuse protection against short circuits is an old yet efficient method.

So, it may have installed a fuse in your car to protect your radio from an unexpected short circuit. However, your car radio display may not work due to a damaged fuse.

Remember that fuse is located directly between the display and the power supply.

Therefore, if you replaced your factory audio with a newer one, you might encounter an issue in which the aftermarket system will not turn on owing to a damaged fuse.

Although stock panels are generally very reliable, there is always the possibility of a defective item. If your display was faulty by the manufacturer, you should investigate or get it replaced.

Even though the display initially appeared in good condition, a defective LCD panel might quickly reveal its defects. So, if you believed your LCD was fine, you may have been mistaken.

In fact, some customers have even reported that their car radio functions, but the display does not. But, then, it could be due to a broken LCD panel. 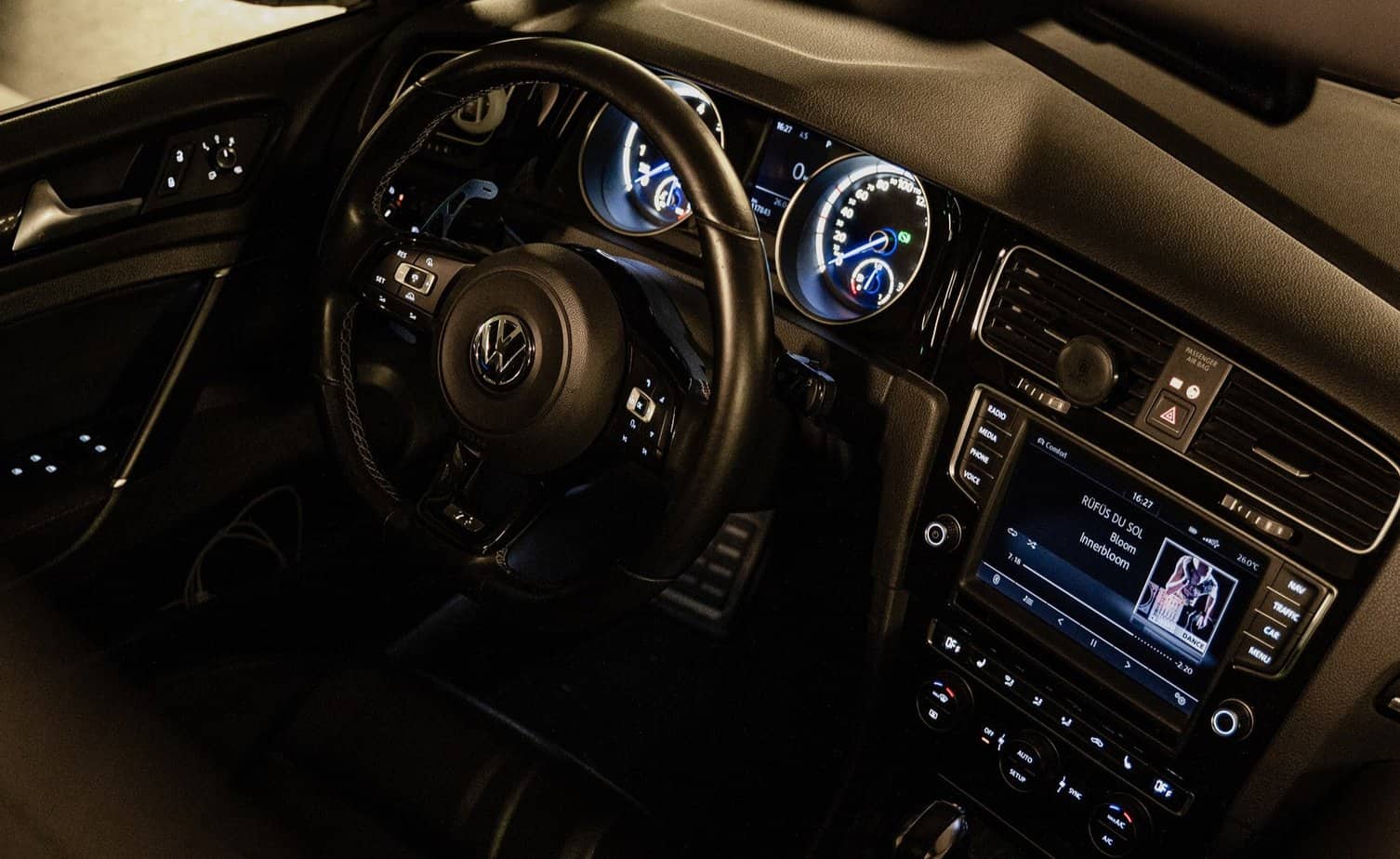 The critical feature of your car’s infotainment is the head unit. And if that’s broken, there’s a reasonable probability you won’t be able to see anything.

In addition, every electrical component in your car might fail for various reasons. The head unit is no exception; they may not exhibit it but benefit from some routine maintenance.

Read More:  Why Do People Steal Cars? (11 Reasons Why)

Further, dust could accumulate within, causing the circuits to malfunction.

Most car radio systems offer a simple digital display to help you better grasp the choices and operations; they have a simple monitor brightened by a backlight linked behind the LCD.

Of course, the display’s backlight controls its brightness and visibility. As a result, if the backlight is destroyed, the display is therefore no longer visible to anyone.

It is among the most direct and cheapest issues to encounter concerning radio matters.

In fact, some radio display systems have anti-theft programming that renders the radio unusable unless the vehicle’s owner follows a specific method.

Also, the display indicates that this is the issue with your radio because it will not appear as it usually does, and you’ll need to log in to the system to get the radio to operate again.

The truth is that car radios frequently activate their anti-theft mode due to a dead or disconnected battery.

If you switch on the ignition, but your car display doesn’t turn on despite having electricity, it’s conceivable that a defective start button is at fault.

So, to see if this is the problem, simply press and hold different buttons to test if they work. Of course, it’s likely time for a new start button if none of them work.

However, you can look over the user manual for the display to see if there’s a method to turn it on without pressing the power button just to be sure.

Many car radio displays have two power cables: one that is always hot and feeds the memory, and one which is only hot whenever the ignition key is turned on.

Of course, the radio display will not function reliably if these power wires are flipped.

As a result, if you have electricity at the fuse box but no power at the head unit, you most possibly have a broken wire that you’ll need to track down and repair.

Your radio display is not working may be because you have unintentionally changed its brightness settings, and you just forgot to put it back on where the display works fine.

Additionally, the car display may not work because of faulty wirings connected to your car’s infotainment system.