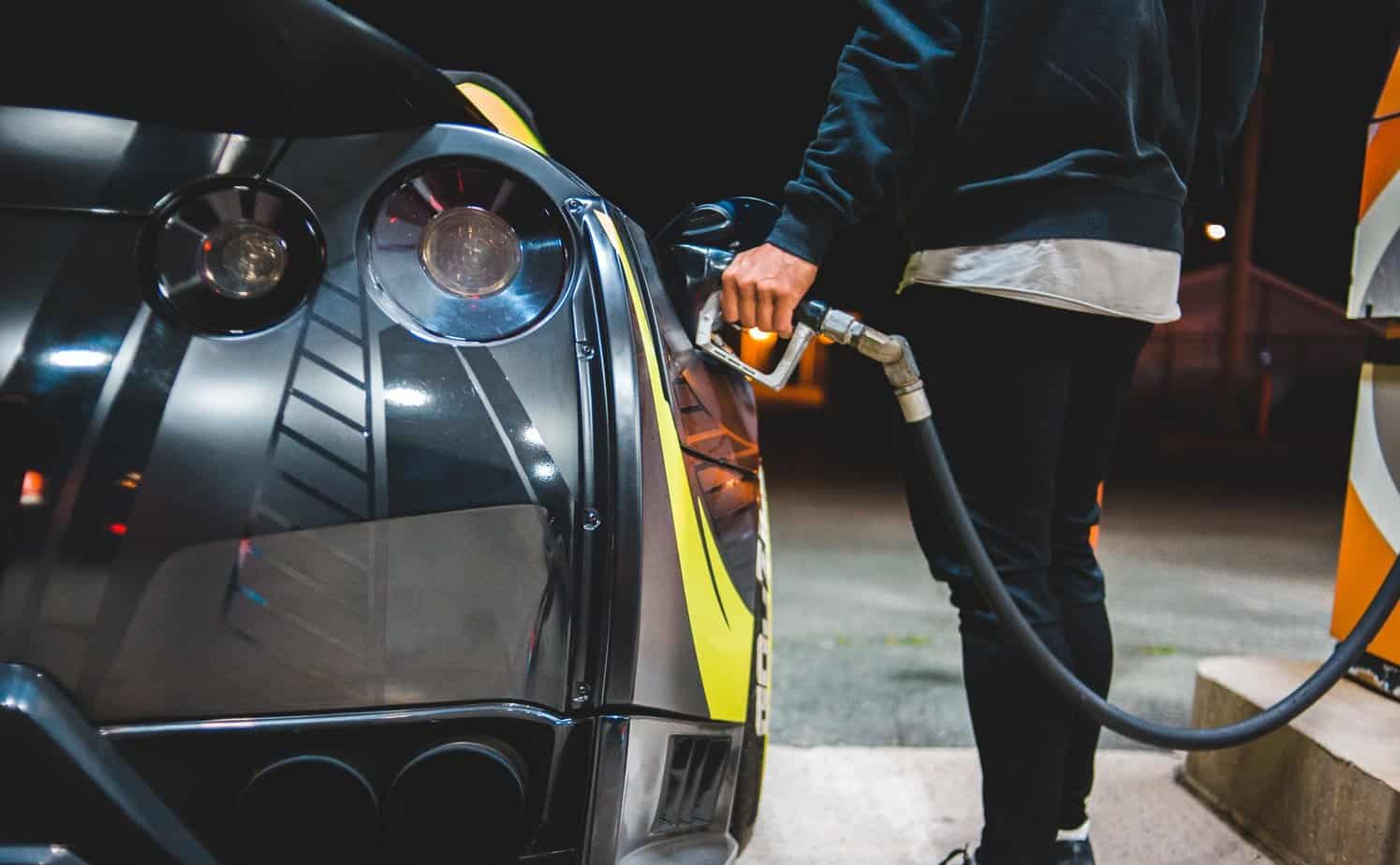 Car problems are some of the most annoying things you can deal with, especially if they make themselves known right as you get on the road.

Occasionally, you might run into an issue like your car not starting right after you’ve filled it up with gas. There are a few reasons that could be the reason why your automobile won’t start. Here’s what we found out about the matter!

Why Is My Car Not Starting After Getting Gas?

A starter motor, as the name suggests, is the part of your car responsible for physically turning your engine over and starting it.

Among all the issues that could be causing your car not to start, this is probably one of the easiest to detect.

That said, problems with the starter motor are usually accompanied by clicking sounds when turning your keys in the ignition.

Also, the starting motor may give the impression that your battery is weak because it depends on it for power to start the engine.

Therefore, if the starter won’t turn on at all, this could result in your car not being able to start.

2. The Engine Misfires Because Of The Spark Plug

Your engine can misfire and not start because of a faulty spark plug.

Generally, your engine’s fuel and the air-fuel mixture are ignited by the spark plug, and your car may become unusable if the spark plug isn’t timed correctly or if the engine misfires.

However, it’s important to note that faulty spark plugs are not the only cause of the lack of a spark; a flooded engine and damage to other parts can also be at fault.

In addition to a faulty spark plug, it’s possible for a malfunctioning alternator to be the cause of your car not starting.

When working properly, the alternator is responsible for providing power to the electrical components of your car, as well as charging your car’s battery.

However, a faulty alternator may have damaged your battery.

With that, since the alternator regulates how much electric current gets fed back to the battery during recharging, the battery may have overheated due to overcharging.

Therefore, this can cause your car not to start after getting gas.

It’s possible that fuel is not reaching the cylinders if your engine starts briefly before dying.

That said, there are various potential causes for this, one of which is debris that accumulated in the tank and turned into engine sludge, impeding the building of fuel pressure.

Furthermore, another factor in clogging your fuel filter is running your car to empty. All in all, these can prevent your car from starting after getting gasoline.

In addition to the possible issues noted above, a broken fuel pump may also be the cause of your car not starting.

With that, the fuel pump pushes fuel from your fuel tank into the engine, which is necessary for your automobile to start, especially if it has a fuel-injected engine.

It runs continually while the engine is operating and keeps gasoline flowing from the tank into the combustion chamber (including when the car is idling).

In essence, the pump has more miles than your automobile and is, therefore, more likely to malfunction over time.

As a result, your car won’t start even though your fuel tank is full if the pump weakens or is destroyed since there is nothing left for it to run on. 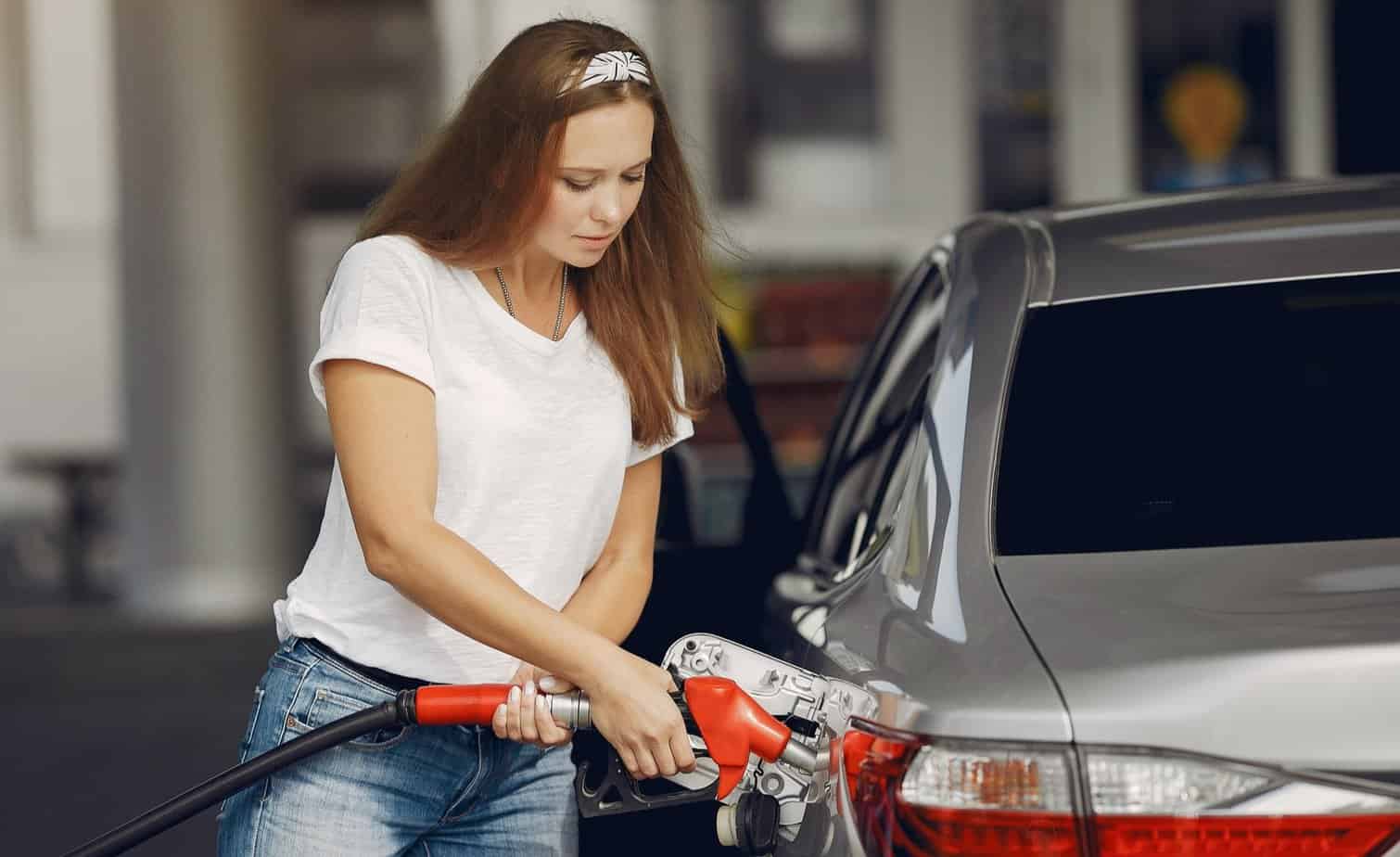 A worn-out timing belt may be the cause of your car not starting after getting gas.

A timing belt or cam belt, by definition, synchronizes the rotation of the camshaft and crankshaft.

However, it is susceptible to wear or damage with time and after a lot of use, just like other components (and excessive oil saturation).

Additionally, an air leak from a cog or two being skipped by a worn-out belt can result in poor or nonexistent combustion.

Read More:  Why Can't Electric Cars Charge Themselves? (9 Reasons Why)

In the worst-case scenario, a faulty timing belt can cause catastrophic engine damage, necessitating the replacement of the complete power mill.

Thus, your car not starting can stem from problems with the timing belt.

7. The Purge Control Valve Is Stuck

A stuck purge control valve can be the root of your car’s ignition issues after getting gas.

Further, this valve often collects hazardous fuel vapor and holds it in a canister until it directs it to the intake manifold for combustion.

The surplus emissions build up inside the power mill when this valve becomes jammed open, resulting in engine flooding before startup.

As such, this can lead to your car being unable to start after getting gas.

Even though proximity keys and other starting mechanisms have made it easier to start cars, they are among the main causes of a car not starting after refueling.

Additionally, key fobs are notorious for causing owners trouble, particularly when they leave the house unexpectedly or in an emergency.

Also, the key fob is a device powered by a battery, so if the battery runs out of power, then you can’t use it to start your car.

Overall, these key fob issues may contribute to your car not starting.

It’s possible for security features to kick in while you’re filling up your tank.

For instance, automakers like Toyota employ an engine immobilizer that can prevent your car from starting until it receives a signal from a transponder chip in your key fob.

However, errors with your car’s ECM may cause the immobilizer to kick in unexpectedly; this can cause your car to not start after you fill up your fuel tank.

Additionally, an anti-theft feature called a steering wheel lock can prevent your car from starting.

Altogether, these features can prevent your car from starting after getting gas.

10. Your Car’s Battery May Be Dead Or Corroded

Sometimes, it may be your car’s battery that’s the cause of the ignition problems.

Typically, the battery gives your automobile the energy it needs to start by signaling the starter to turn on the engine.

However, the battery eventually runs out of juice to power the ignition because of deterioration over time. Therefore, this could result in issues like the car being unable to start.

Furthermore, the terminals and connectors may deteriorate and corrode with time, resulting in uneven power and leading to the same problem above.

11. Problems With The ECM

An issue with the computer in your car, more commonly referred to as the Engine Control Module or ECM, is one of the main problems that could prevent it from starting.

Generally, the ECM controls ignition timing, which is the point in the combustion cycle when the spark plug is ignited.

However, errors in the ECM can cause ignition timing to fail, which can result in your car not starting.

The rare event of your automobile not starting after filling up with fuel usually arises from issues with the computer, ignition systems, or faulty or damaged parts.

Another possibility for the source of your car trouble is a dead or corroded battery.

Regardless of the situation, it’s advisable to contact a mechanic to solve it and keep it from happening again.