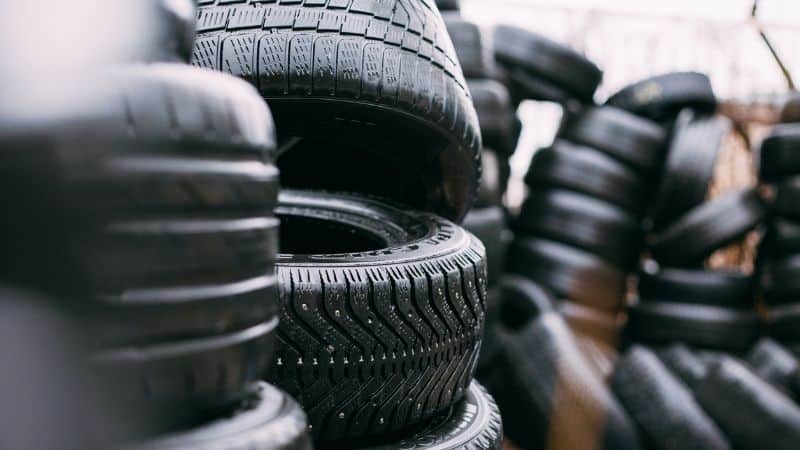 Tires are essential components of every vehicle, manufactured to provide support, enable proper handling, soak road shocks, and much more.

But why are tires always black in color? If you’ve been wondering about this, don’t worry – here is everything I’ve found out through my research!

Why Are Tires Black?

Tires are black due to the carbon black compound added to the rubber to make it stronger and more durable. Previously, tires used to be off-white due to the natural color of rubber. However, as manufacturers started using carbon, the black color became dominant everywhere.

If you want to know more about the original color of tires, why is carbon black important for tires, and much more, keep on reading!

Tires get their black color from a chemical compound called ‘carbon black’, which is used to form the tread of tires and enhance the tire’s structural strength.

Note that before carbon black was used as a raw material for tires, tires used to take a shade of black due to the soot left behind by the car’s engine.

Today, carbon black is a crucial part of every tire and is used by all tire manufacturers, resulting in the distinctive black color of tires you see on the road every day.

Why Is Carbon Black Important For Tires? 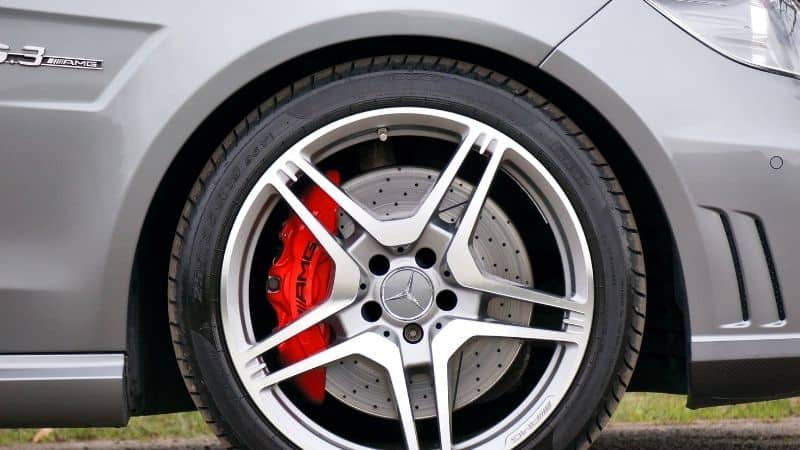 Carbon black primarily increases the strength of the rubber that makes up the tire, raising the tensile strength by as much as 1008%.

Along with that, it is also responsible for keeping important parts of your tire, especially the inside rim and the tread, cool by driving heat away from these parts.

This ultimately improves the life of your tires by reducing the amount of wear experienced by the tread and preventing the rim from getting deformed due to excessive heat.

Additionally, carbon black protects tires from toxic rays such as UV light and ozone particles that can deteriorate them.

Overall, it plays an important part in keeping the tires safe and providing a reliable drive.

What Color Were Tires Originally?

Robert William Thomson created the first tire in 1845, which was a vulcanized rubber inflatable tire with a white appearance because of the raw, off-white color of rubber.

Note that although the original color of rubber is off-white, the glowing color of the tires invented in those days came from zinc oxide, which was used to make tires look stylish.

When Did Tires Become Black?

In the 1900s, Binney & Smith started to sell carbon black to the Goodrich Tire company since it was just discovered that the use of carbon black in rubber increases its quality.

Eventually, most manufacturers started using carbon black in their tires to become more competitive by offering higher quality tires with an improved grip.

Are There Any Colored Tires? 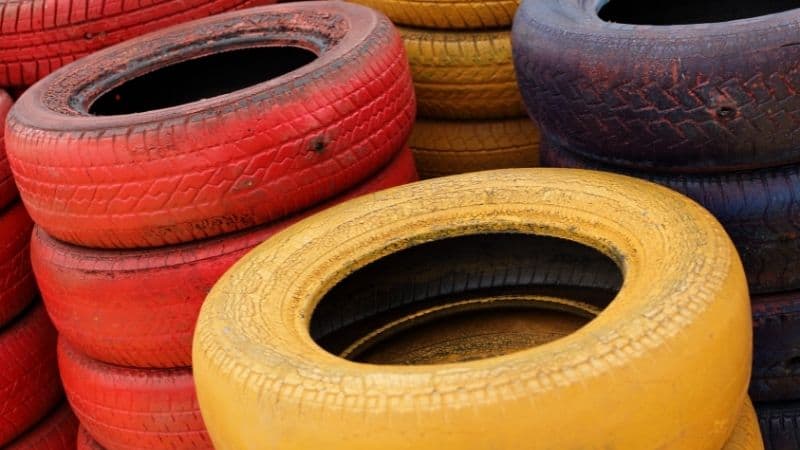 Additionally, around 2000, BFGoodrich also launched a series of tires with embedded color rings in the tread consisting of multiple colors such as red, blue, yellow, etc.

However, these colored tires didn’t generate many sales due to their high prices and lasted for only a few years in the market.

Also, the stripes were only visible from specific angles, reducing the appeal of these colored tires even further.

Why Are White Wall Tires So Expensive?

Whitewall tires are tires that include a stripe or an entire sidewall of white rubber. These tires were frequently used in the early 1900s.

They were introduced by Vogue Tire in 1914 and were marketed as giving cars a classier look and unique design.

These tires were expensive since they needed special compounds to be blended into the black rubber to maintain the distinct white color as well.

Keep in mind that if the whitewalls of these tires got destroyed during shipping, the retailers would often reject them straight away, resulting in heavy losses for the manufacturer.

Along with that, the process of manufacturing these tires is also prolonged and expensive.

It starts with a series of drawings followed by an aluminum mold for tires of each size, style, and brand.

Additionally, this process is mostly labor-intensive, which is another reason why handcrafted whitewall tires cost more than typical tires.

When Did They Stop Making White Tires? 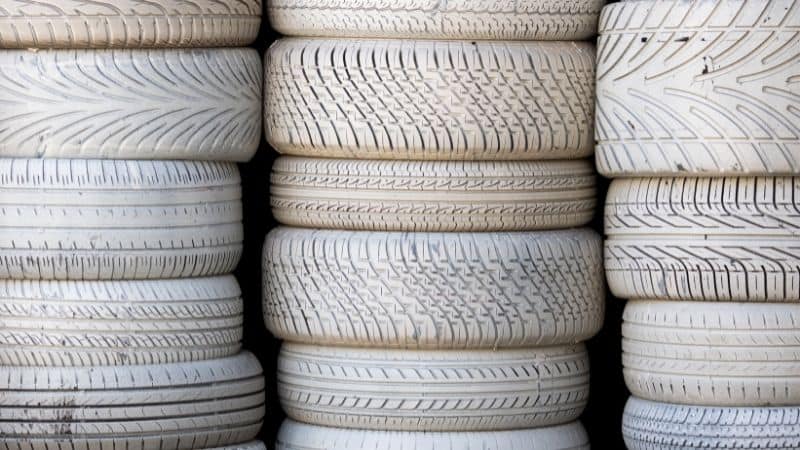 With time, manufacturers discovered that if you add carbon rubber to tires, it makes them more durable and stronger.

Once this knowledge became mainstream, all tire manufacturers started using carbon black as a compulsory raw material for their tires.

Because of this, tires coming out of factories stopped being white because of the black color of the carbon compound.

Note that whitewall tires were already way too expensive and unprofitable, which is also why the demand for these decreased and the industries stopped manufacturing them.

Now that you know why tires are black, you can also check our related articles on how are tires recycled, who invented the tire, what are quiet tires, and which tires wear faster.

Conclusion: Why Are Tires Black?

Tires are black due to the carbon black compound which is added to the rubber to increase the tires’ durability and overall strength.

Binney & Smith first introduced the concept of adding carbon black chemicals by selling them to BFGoodrich, a practice that was later followed by all manufacturers.

Before this, tires used to be off-white due to the natural raw color of rubber.