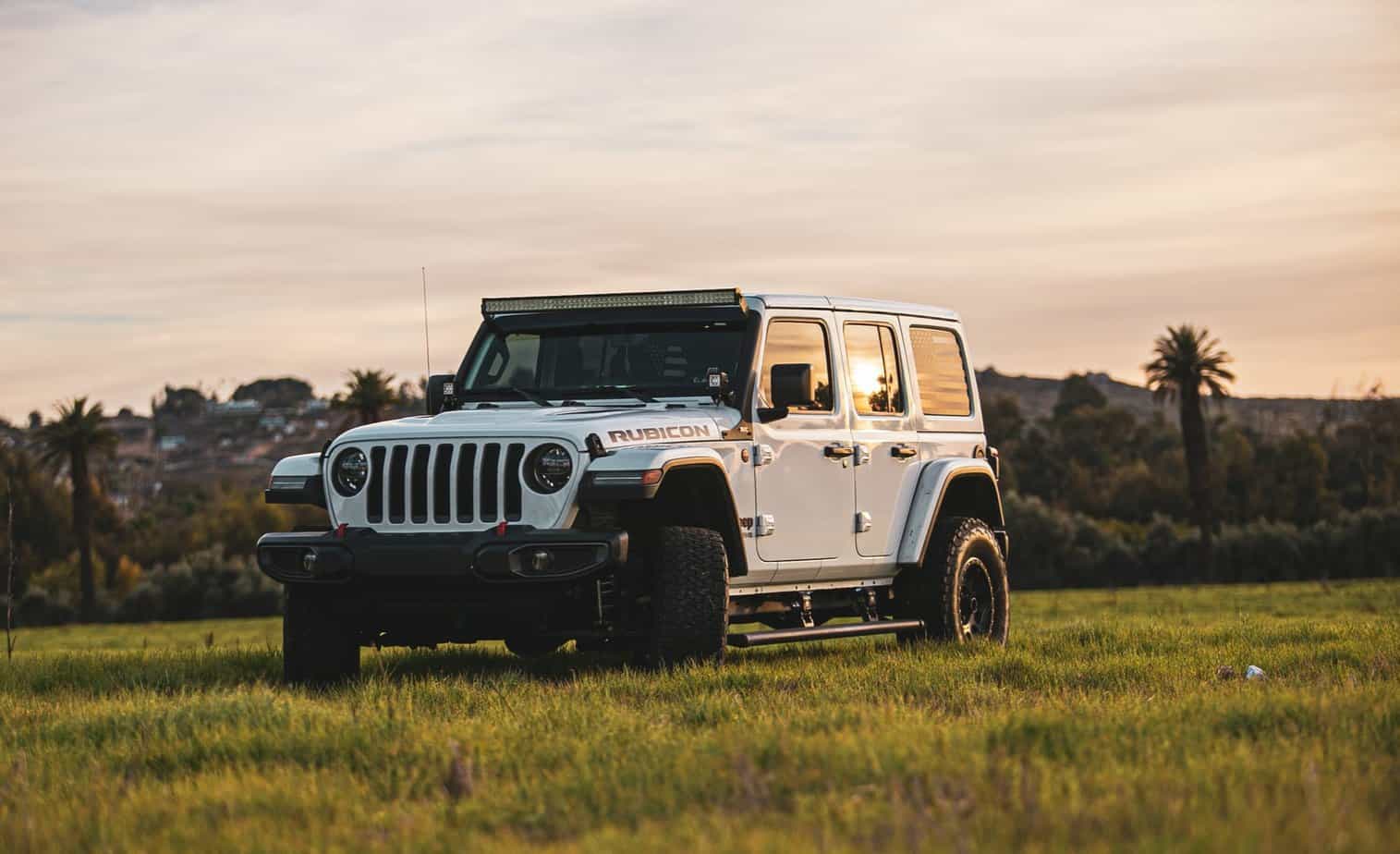 A faulty fuel pump is one of the most significant issues that may occur to a car. If the fuel pump in your Jeep Wrangler malfunctions, the engine may not receive any fuel or the right amount based on whether it’s fully drained.

Of course, your Wrangler won’t run without gas. Most malfunctioning fuel pump symptoms involve the car stalling or not starting. But why is this happening? See what we found out!

A whining noise is a typical indication that your Wrangler’s fuel pump is failing.

In addition, the whining noise can signal that your fuel pump is failing before any performance-related problems occur.

Therefore, keeping an open ear can prevent getting stranded somewhere with a faulty fuel pump. Further, the noise will resemble a low-pitched buzzing noise.

Among the most frequent reasons for a sputtering engine is a problem with your Jeep’s fuel system, specifically the pump, filter, and injectors.

Together, these three vital parts ensure that fuel moves smoothly from your fuel tank to the vehicle’s fuel injectors and evenly pumps into the engine.

Of course, the combustion which powers your car is created by this process, which makes the ideal mixture of air and fuel.

Since the fuel pump, filter, and injectors operate as one integrated system, clogging one of them will lead the others to malfunction.

Additionally, it may result in unsatisfactory engine operation or even total engine failure.

3. Having Trouble Starting Your Wrangler Engine

Your Jeep Wrangler having trouble starting is among the best signs that your fuel pump is blocked or clogged.

Of course, it occurs because it cannot sufficiently atomize the fuel as it hits the combustion chamber due to insufficient fuel pressure.

However, a faulty fuel pump is usually not where you should start looking if your Jeep Wrangler struggles to start, especially if you aren’t receiving any trouble codes relating to fuel.

Also, it could be a problem with your spark plugs or ignition system.

4. Your Jeep Wrangler’s Engine Will Have A No-Start-Condition

Your engine will not start at all if the fuel pump is damaged.

Air, spark, and fuel are the very minimum requirements for a Jeep Wrangler to start, and the engine won’t even start if one of these conditions isn’t met.

However, it shouldn’t be considered the fuel pump is broken if there has been no indication that it might be, such as hesitation and trouble starting. 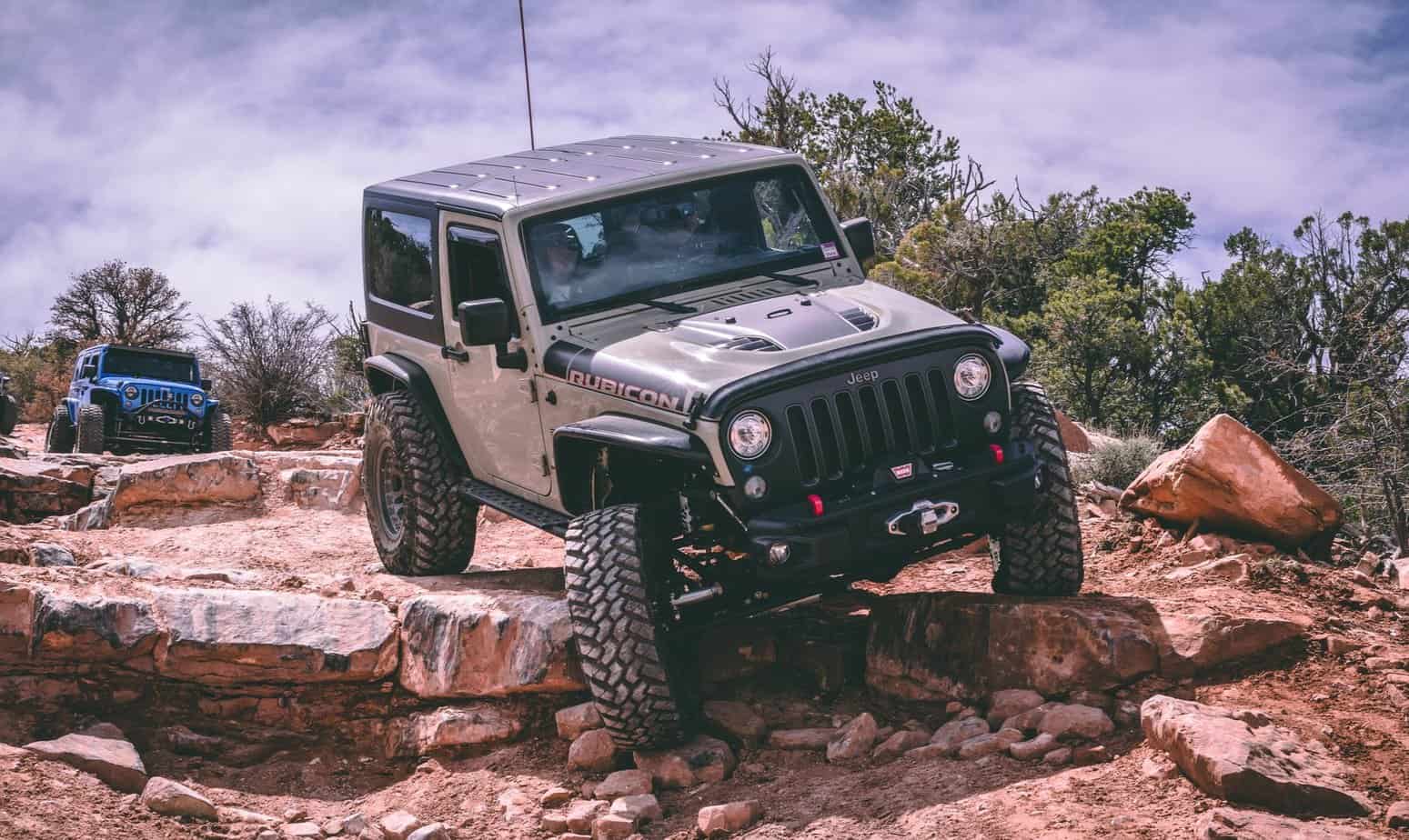 Another sign of a failing fuel pump in Jeep Wranglers is an overheating engine.

Of course, an unreliable fuel pump could overheat and provide insufficient gasoline to the engine, leading it to heat up and shut off while traveling.

As a result, after getting too hot and shutting down, your car can restart, only to repeat the process 30 minutes later. This situation is a typical indicator of a faulty fuel pump.

To reduce your costs, you should get the best mileage possible. But, unfortunately, filling up your tank costs money.

So, finding new strategies to increase gas mileage is satisfying, whether using a gentler accelerator or maintaining optimum tire pressure.

Read More:  Why Is My Truck Blowing Blue Smoke? (9 Reasons Why)

However, if you observe your Jeep using more gas than usual, it might have a fuel pump issue.

In this case, the pump can provide too much fuel to the engine, emptying the tank before it should.

You undoubtedly know the sound of a well-operating engine if you’ve had your Jeep for a while or have driving experience.

Generally, when an engine’s systems function properly, it idles gently at a low RPM, speeds efficiently, and easily cruises the road.

However, if your engine isn’t getting enough fuel from your fuel pump, it won’t have enough fuel to produce energy and function as it should, and you’ll notice it by how it sounds and feels.

When it requests a great deal of fuel, a Jeep Wrangler stalls out due to the demand rather than taking off, and the fuel filter or fuel pump may be to blame for this.

Naturally, your Jeep Wrangler will stall out, misfire, and perform poorly if the engine’s timing is inaccurate.

Additionally, the signs are highly similar to those of a faulty or clogged fuel filter.

A sufficient quantity of fuel is necessary for reliable, smooth engine operation.

When your fuel pump malfunctions, insufficient fuel gets to the engine, preventing it from running at a steady RPM.

Also, a faulty fuel pump may cause an engine to misfire or cause power loss when moving along at a steady speed.

As a result, when your Jeep’s fuel pump isn’t distributing the fuel in the tank, it may appear like the engine is running low on fuel.

The signs of a failing fuel pump are similar to many other frequent issues affecting the Jeep Wrangler.

Therefore, the most straightforward approach to rule it out will be to test the pump and the pressure on either side.