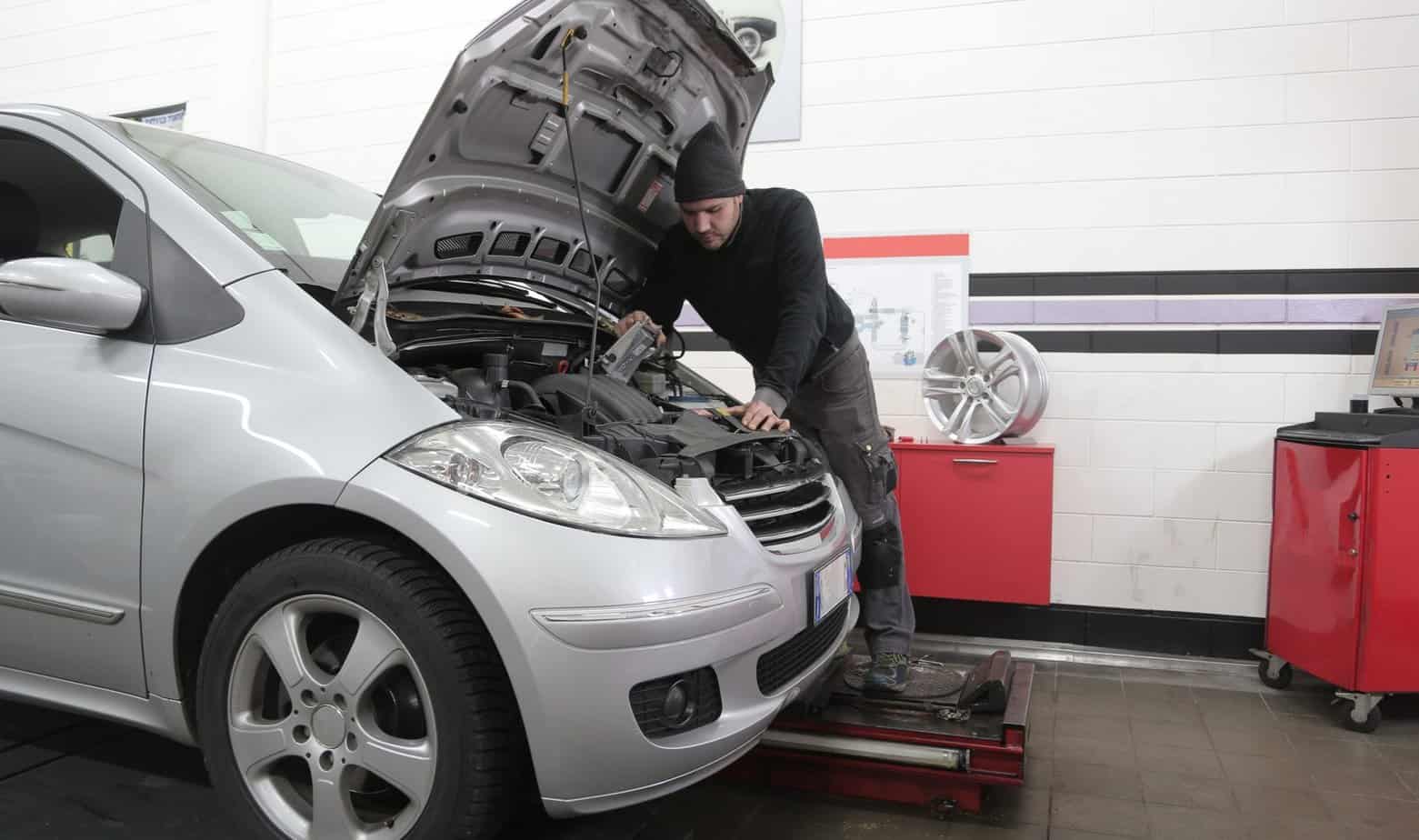 The majority of recent vehicles have electronic fuel pumps. However, anyone working on vintage and older cars must be knowledgeable about mechanical fuel pumps.

In addition, the fuel itself may be responsible for issues with drivability and difficulty starting, although beginners may be compelled to suspect the fuel pump. Let’s discover more!

A weak mechanical fuel pump will experience a misfire, stalls, or engine delay to start or runs lean. All these issues result in a decrease in fuel pressure, which depletes the carburetor of fuel. Your vehicle won’t start or operate if the pump stops working since there won’t be any fuel left in the carburetor.

Do you want to learn more about the symptoms of a weal mechanical fuel pump? Here are nine things to be aware of. Read more!

An excessively lean air/fuel mixture is most likely cause an engine’s hesitation when accelerating.

Typically, when an engine operates inefficiently, it will exhibit symptoms like reluctance, which will only worsen over time.

The mechanical fuel pump is situated on the engine block, close to the front of the engine. Therefore, it is naturally exposed to a lot of engine heat.

Additionally, a low-pressure region forms in the fuel line during fuel intake. So, fuel may have trouble reaching the engine if a fuel pump fails to deliver the necessary pressure.

Therefore, a weak mechanical fuel pump may cause a vehicle’s sluggish acceleration or hill climbing.

Your fuel pump may be doing more than it needs to if you hear a knocking sound. Also, your fuel pump will significantly strain if you ride on “E.”

So, don’t wait for your tank to be empty if your car is producing this noise. Instead, once your gas gauge is one-fourth full, fill it up.

Also, your car can jerk forward, make a stalling noise, and then continue to go usually. This issue indicates that the mechanical fuel pump in your car is not providing adequate power.

After a few moments, the pressure will often return, but you might need to find a new mechanical fuel pump.

Octane boosters and alcohol in gasoline may change the volatility of gas, which can lead to drivability issues and difficulty starting.

If your vehicle’s air-to-fuel ratio is too weak, the fuel in the ignition chamber has been ignited by either too little fuel or too much air, causing your engine to run lean.

Since your engine is “lean” because it uses less gasoline than it ought to due to a weak fuel pump. As a result, your car’s engine could not turn over, or you might have problems starting it.

Generally, it is because your first ignition may not be sufficient to sustain combustion or your engine lacks the force to spin the crankshaft, leading it to become stuck. 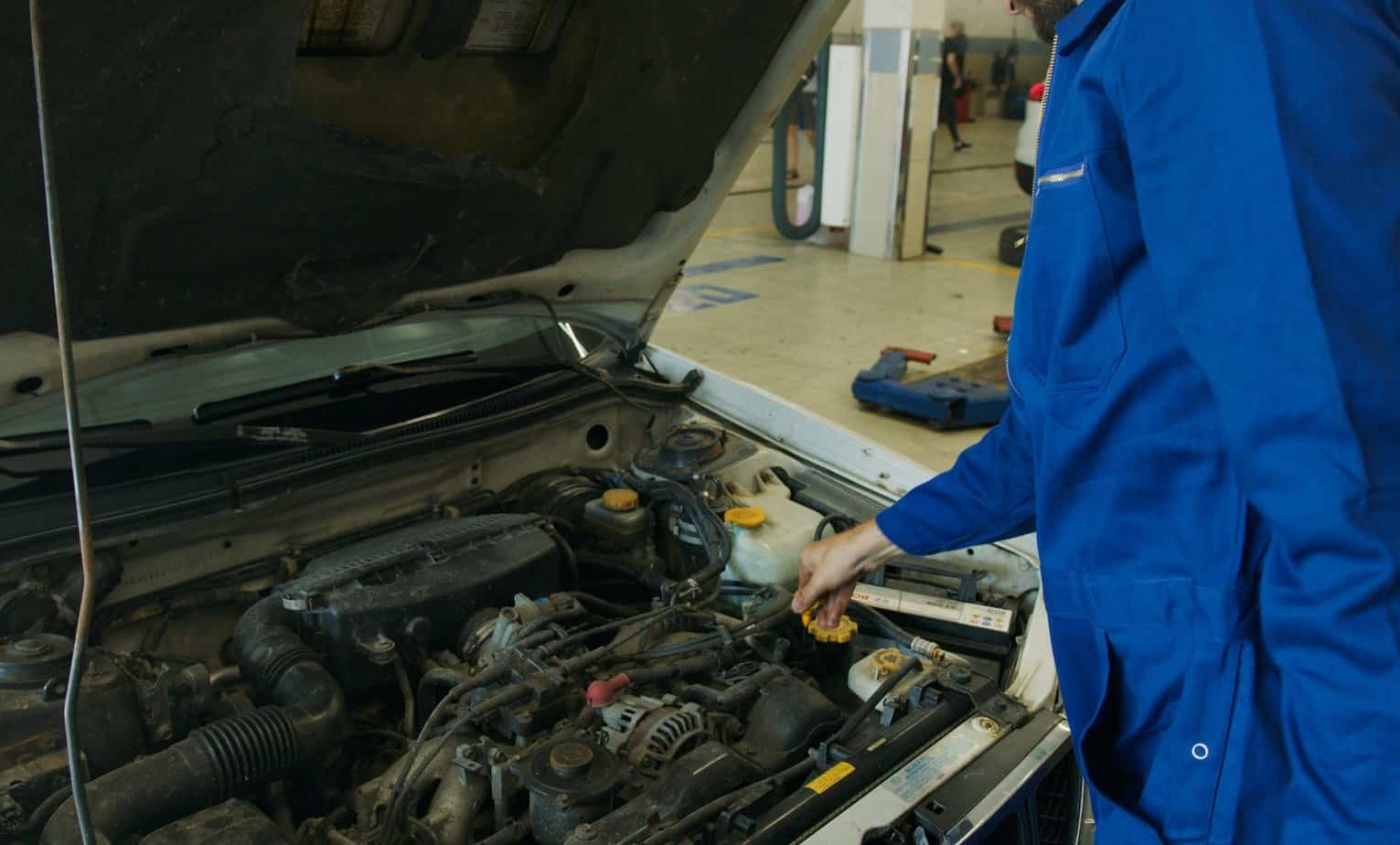 If you have a weak mechanical fuel pump, less power will be available for your vehicle. For instance, your car may exhibit slow acceleration at certain RPMs or an overall lack of power.

Read More:  Why Does My Car Smell Like Exhaust When Idling? (9 Reasons Why)

Of course, the engine will produce less power than expected due to less fuel in the ignition chamber than your car’s computer anticipates.

As a result, when accelerating, a vehicle running excessively lean may occasionally backfire or pop.

The bottom of most mechanical fuel pumps is equipped with a weep hole. Fuel seeps along through the weep hole to alert the car’s owner of an issue whenever the internal diaphragm fails.

Additionally, it is among the most typical fuel pump issues affecting older vehicles between the ages of 30 and 60; another usual spot for your vehicle’s fuel leak appears.

The typical fuel pump pressure on current cars is over 60 PSI (pounds per square inch) and is significantly lower on older vehicles with mechanical pumps.

Of course, if this fails, your mechanical fuel pump will not be in its working order and will affect the fuel pressure your engine needs.

However, there will be two tests if you think your fuel pump isn’t creating enough pressure. Simple pressure output testing comes first.

As mentioned previously, the bottom of most mechanical fuel pumps is equipped with a weep hole.

Fuel seeps from the internal diaphragm via the weep hole to signal a problem to the car’s owner.

Also, one of the more typical fuel pump issues in older vehicles around 30 and 60 years old is this one.

So, the metal tube and rubber line connecting the fuel tank to your fuel pump are common locations for a fuel leak.

As a result, the rubber hose, with time, can deteriorate and spill fuel. Therefore, it’s best to replace this component with a stronger rubber fuel hose.

Your mechanical fuel pump actuator arm travels through several cars’ timing case lids. With this configuration, the arm can be driven by the crankshaft’s or camshaft’s continuous rotation.

That said, a gasket creates a tight seal where the fuel pump fits into the timing case lid.

Even though this gasket is often dependable, engine vibration might cause the bolts to lose. Further, the oil may leak out all over the fuel pump if this occurs.

Therefore, tighten or replace the seal immediately if you discover a leak since engine oil detergents might worsen the situation.

A fuel pump system is a crucial part of your vehicle, whether a mechanical or electrical fuel pump.

The vehicle’s fuel pump will keep your engine from stalling. However, disregarding all the warning signs might result in a total car stall.

So, to enjoy riding your vehicle again, replace your fuel pump if you experience any of these symptoms.