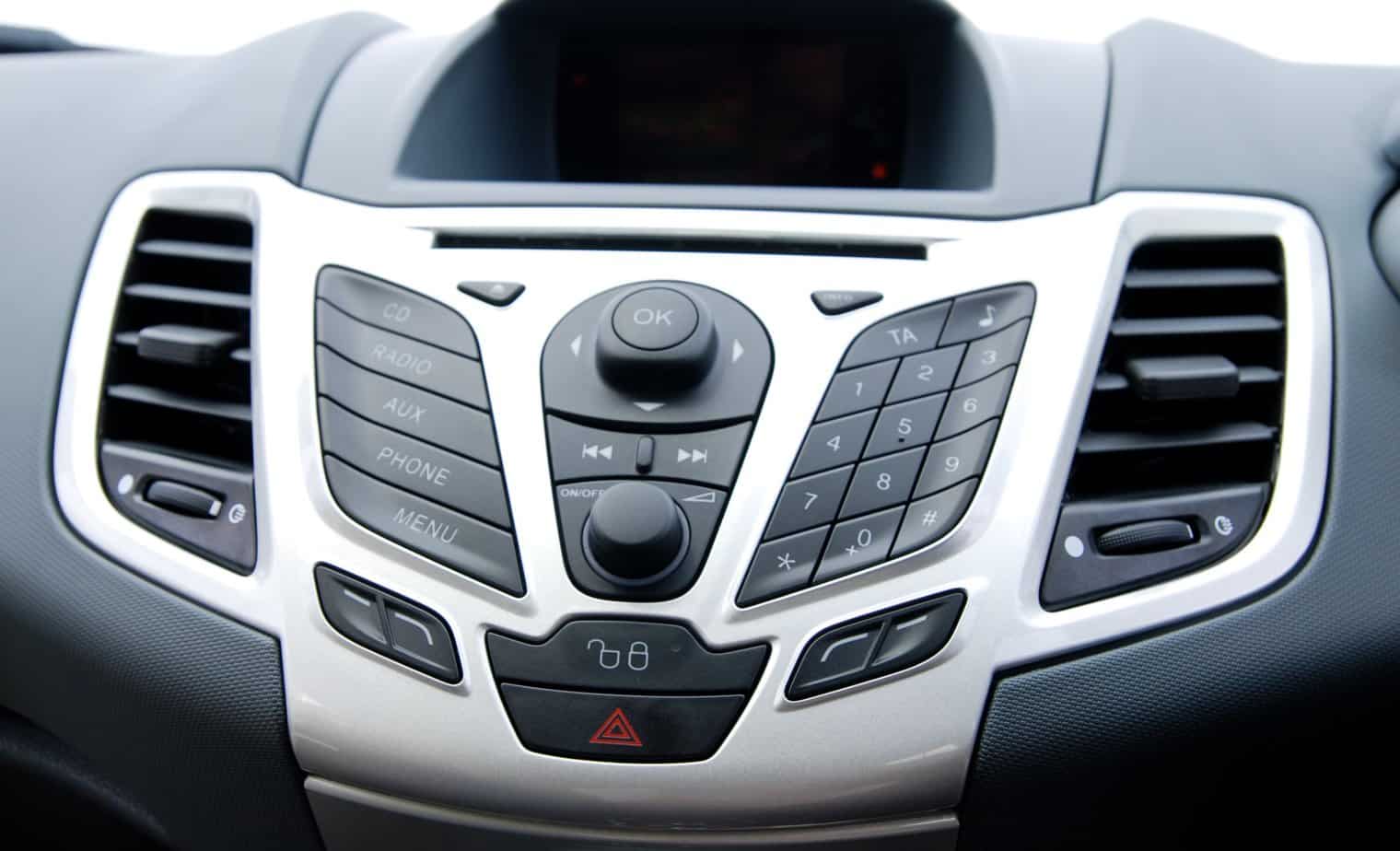 Various cars like the Ford Fiesta come with radios, which are unfortunately notorious for breaking after some time. However, there are various reasons why your Ford Fiesta radio wouldn’t function.

1. It Needs A Hard Reset

While the exact cause of this is unknown, it is safe to believe that a glitch can make Ford Fiesta radios suddenly stop working.

That said, another possible reason is that the Ford Fiesta radio is overloaded with information, so it needs a hard reset to remove the information.

You can refer to your car’s manual to see how to perform a hard reset on your Ford Fiesta radio.

However, most people state that you can disconnect and reconnect the battery to do a hard reset on the radio.

In some of the newer car radios available, the car radios will have unique software that will require updating from time to time.

If your Ford Fiesta’s software is out of date, it will likely have a glitch or not work as well as it should.

As such, you will need to find a way to update the radio’s software by checking your Ford Fiesta’s manual.

3. A Loose Or Broken Fuse

Most electrical parts of a car, including car radios, will have a fuse that is meant to break if there are too many electrical currents.

If your car radio’s fuse breaks, this means that the fuse broke to protect the radio from an electrical surge that could break the whole radio.

However, a broken fuse may not let your car radio work, so you would have to replace the fuse to use the car radio.

Additionally, the fuse could get loose, so you would simply need to unplug and then replug the car radio fuse.

If your car radio’s CD player and Bluetooth functions work but your AM or FM radio does not, it could mean that your antenna is damaged.

Your car radio’s antenna receives signals that it uses to pick up radio signals to help you listen to various radio channels.

So, if the antenna is damaged, the antenna will not be able to pick up any signals, and your car’s FM and AM radio will not function.

Usually, you will have to check the wiring of your antenna to repair the wiring or replace the antenna. 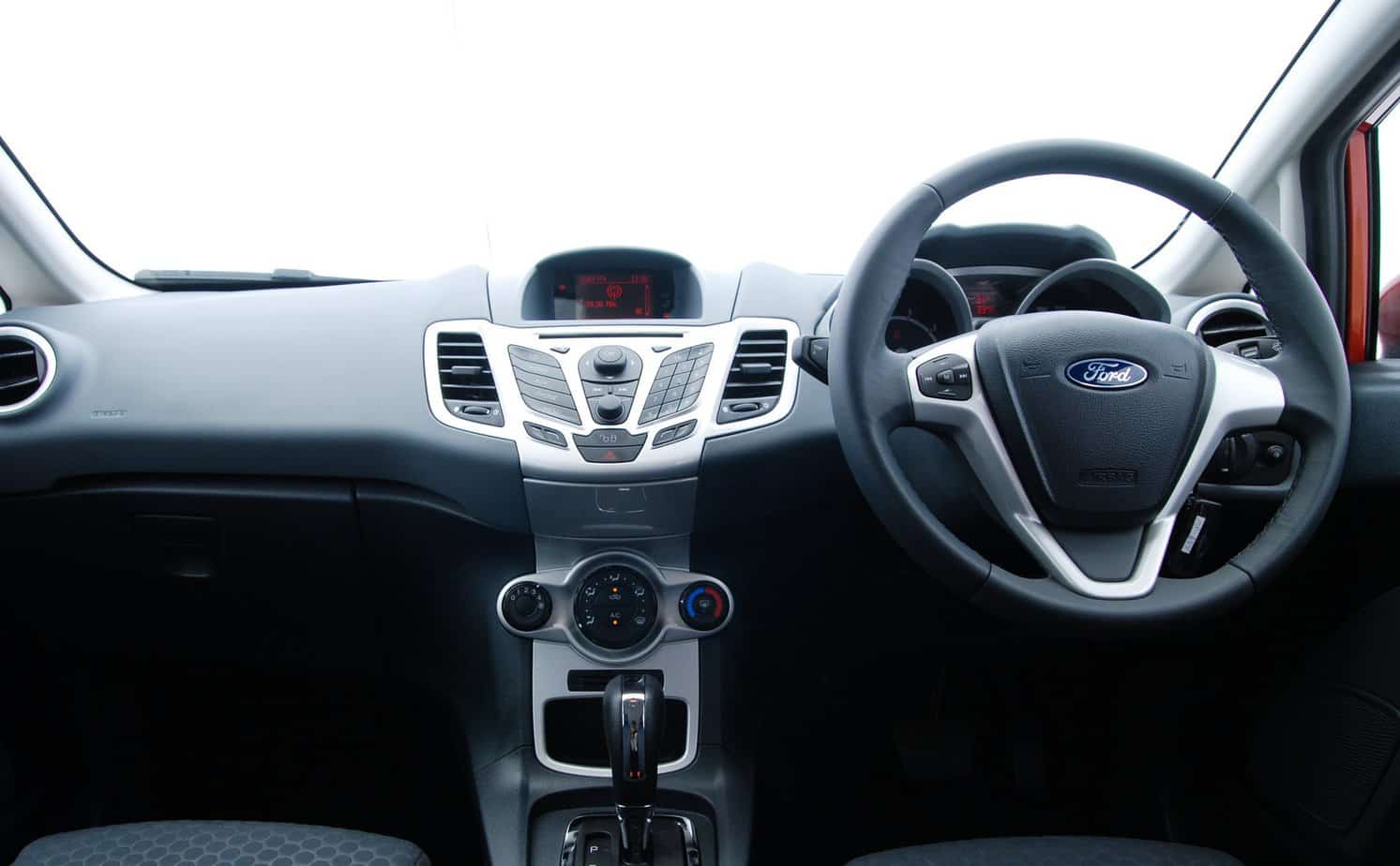 If your Ford Fiesta’s antenna is fine, but the AM or FM radio still does not work, this could mean that you have a faulty tuner.

While your car’s radio needs an antenna to pick up radio signals, the radio will also need a tuner to separate a sine wave from thousands of radio signals from the antenna.

So, the tuner will focus on one frequency while ignoring the other frequencies to help you listen to a specific radio channel.

6. Your Radio Unit Is Old

Technically, the Ford Fiesta was initially launched from 1976 to 1983, and any stock radio in those Ford Fiestas would be very old.

However, any Ford Fiesta with a stock radio over five years old will be considered an old radio unit and may need to be replaced.

Therefore, if you have the same stock radio for a Ford Fiesta that was made in 2015, you may need to replace the radio altogether.

Further, most people would recommend that you get an aftermarket radio instead of trying to find the exact same car radio unit.

Some car radios will be part of the car’s safety mode, where the car radio will stop working if the car thinks it has been stolen.

While the idea behind safety mode is to lock certain features to deter thieves, the car will not be able to register when a thief actually takes the car.

As such, acts like replacing the car’s battery will make the car radio not work, and you would have to disable the safety feature.

If your car radio turns on, but you do not hear any sounds, there is a good chance that you have a broken speaker wire.

Typically, you will have to check the connections between the car radio and speakers to see what wire needs to be replaced.

One of the rarer and more meticulous causes of a Ford Fiesta radio stopping working is that there is something wrong with the audio control module.

That said, your audio control module is what tells the features and functions available to use at the moment.

However, if something is wrong with the audio control module, you would either have to replace it or reflash it.

If you need to install a new audio control module, it would be best to hire a professional since installing it is rather technical work.