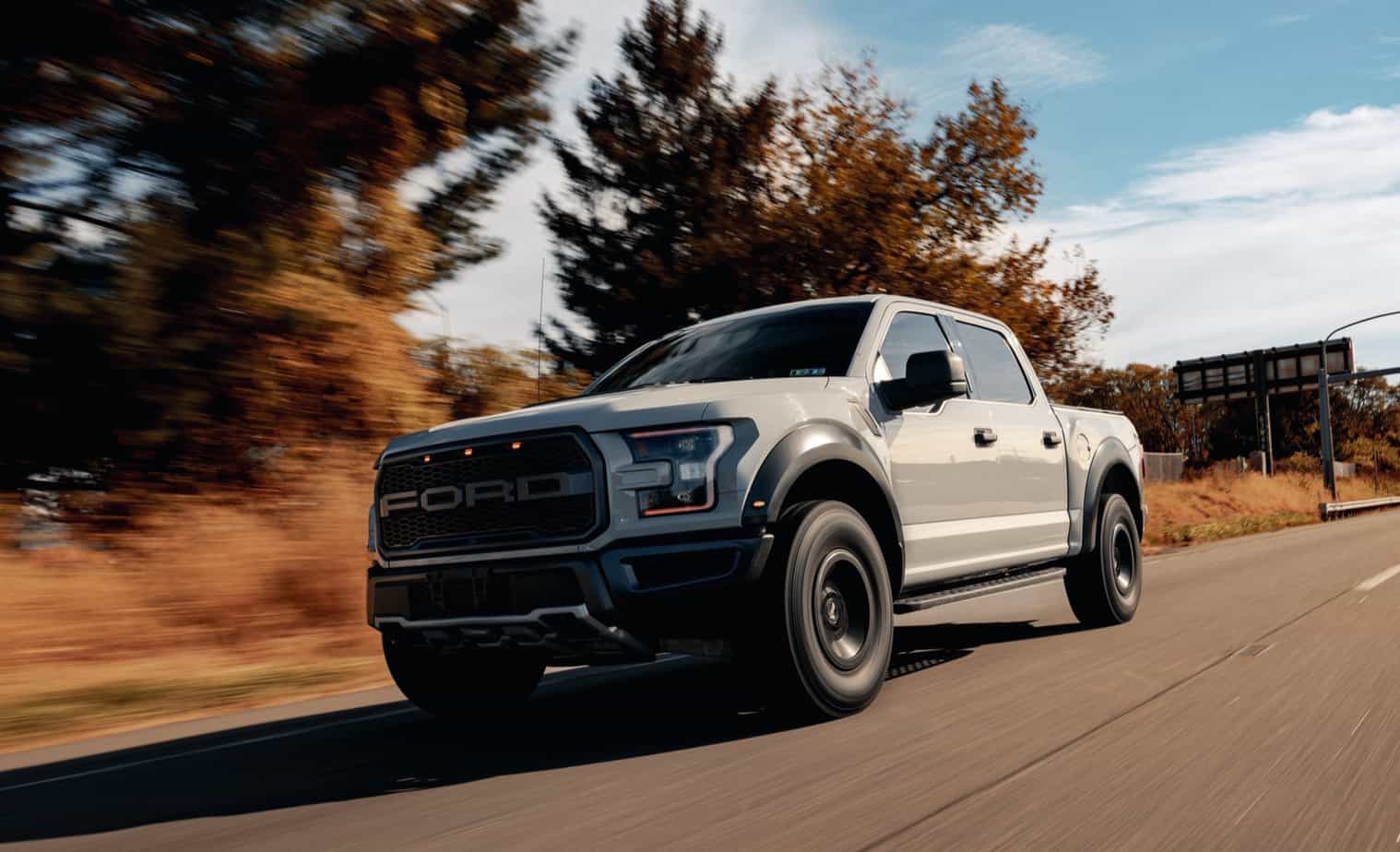 As many of us know, seeing smoke come out of our trucks is never a good sign. However, it is often more alarming when you see the smoke come out in an unusual color, such as blue.

If your truck is blowing blue smoke, you are likely wondering what caused it. We looked up the facts, and here is what we learned about the matter!

Why Is My Truck Blowing Blue Smoke?

Trucks blow blue smoke because the oil gets mixed into the wrong parts of your truck’s engine, leading to blue smoke coming out of the exhaust pipe. Plus, other causes of a truck blowing blue smoke are that your engine is drawing in transmission fluid or that you have a bad glow plug.

Do you want to find out what other causes are behind your truck blowing blue smoke? We made a list of reasons below, so keep reading!

Dripping oil from your truck is a common reason blue smoke is coming out of your truck, especially when accelerating your vehicle.

If hot oil comes from your truck’s engine, the hot oil can touch the hot components under the truck’s hood.

So, if you were to accelerate your truck, the oil would hit your truck’s engine block and make blue smoke appear from the back of your truck, but it will not escape from the exhaust pipe.

Additionally, this hot oil can leak into the truck’s headers to create blue smoke from your truck.

2. Oil Within The Combustion Chamber

As your engine ages, various parts of the engine begin to wear out, such as the valve seal and piston rings.

However, this wear and tear tends to occur faster if you do not regularly change your truck’s oil because the contaminated oil will not be as good as reducing friction.

If your valve seals are old, they will be brittle and cracked, unable to separate the fluids and causing oil to combine with the fuel within the combustion chamber.

Normally, blue smoke will be a clear sign that there is oil in your truck’s combustion chamber.

Piston rings are meant to keep the engine oil where it should be in the combustion chamber.

As such, faulty piston rings will force the engine oil to go to the wrong parts, often mixing with the fuel to create blue smoke.

If your truck has a turbocharger, a blown-out turbocharger can make blue smoke escape from the exhaust.

Keep in mind that blue smoke could also mean a leaking oil seal, but a faulty turbocharger and leaking oil symptom will have the same cause.

For instance, in both situations, the oil will seep into the truck’s engine and mix with the truck’s fuel to make blue smoke. 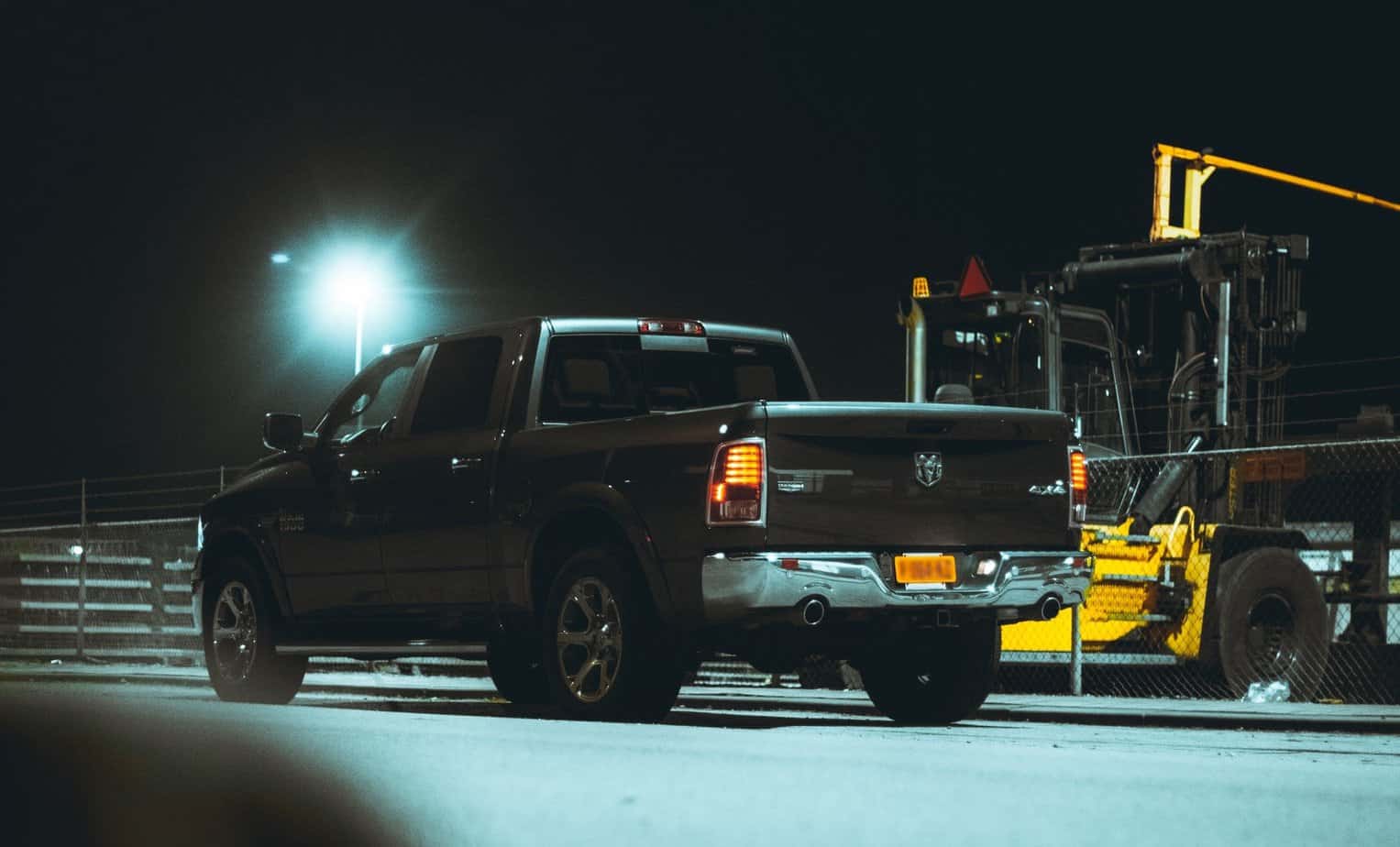 A faulty PCV valve, which refers to positive crank ventilation, could be the reason blue smoke comes out of your truck.

Generally, the PCV valve is in charge of releasing pressure that would build up in the oil pan and then reroutes the pressure to the intake manifold to burn the fumes again.

Read More:  Why Are My Car Speakers Crackling? (11 Reasons Why)

However, the oil will get mixed with air and other gases if your PCV valve gets stuck, and blue smoke will be created because the air filter is connected to the intake manifold.

If you have a non-diesel-driven truck, when you start it, you likely have blue smoke because you have a bad valve seal.

Typically, each engine will have valves that work by opening and closing to let gasoline and air enter the engine.

Once the mixture of gasoline and air has been burnt, the valves allow exhaust gas to be released from the engine.

Usually, oil covers the valves, and valve seals keep the oil from entering the truck’s engine.

So, if the valve seal is broken or worn, the oil will enter the engine to get burnt with the gasoline and air, creating blue smoke.

If you have got a truck that does run on diesel, blue smoke can escape from your truck when you start it because your glow plug is damaged.

That said, a glow plug works as a heating element that heats air and fuel to help diesel trucks get combustion to start the truck.

Once your truck’s engine turns on and is warmed up, the glow plug will not be needed since the engine’s heat will take its place.

However, a faulty glow plug will make blue smoke once you start the truck until your truck warms up.

A modulator controls your transmission shift if you have an older truck with vacuum-controlled automatic transmissions.

However, issues with the modulator, such as a failed diaphragm, will make your truck’s engine draw in transmission fluid.

If you do not maintain your truck’s engine properly or regularly, sludge will likely accumulate in your engine and make blue smoke.

Normally, this happens because you have a clogged cylinder head that leads oil into the combustion chamber.

As such, you would need to drain the back holes and then reassemble them to fix the problem.

Typically, trucks blow blue smoke because there is a problem with your engine, which is often oil being in the wrong place of your engine.

Lastly, a dirty engine or transmission fluid entering your engine can lead to blue smoke exiting your truck’s exhaust pipe.