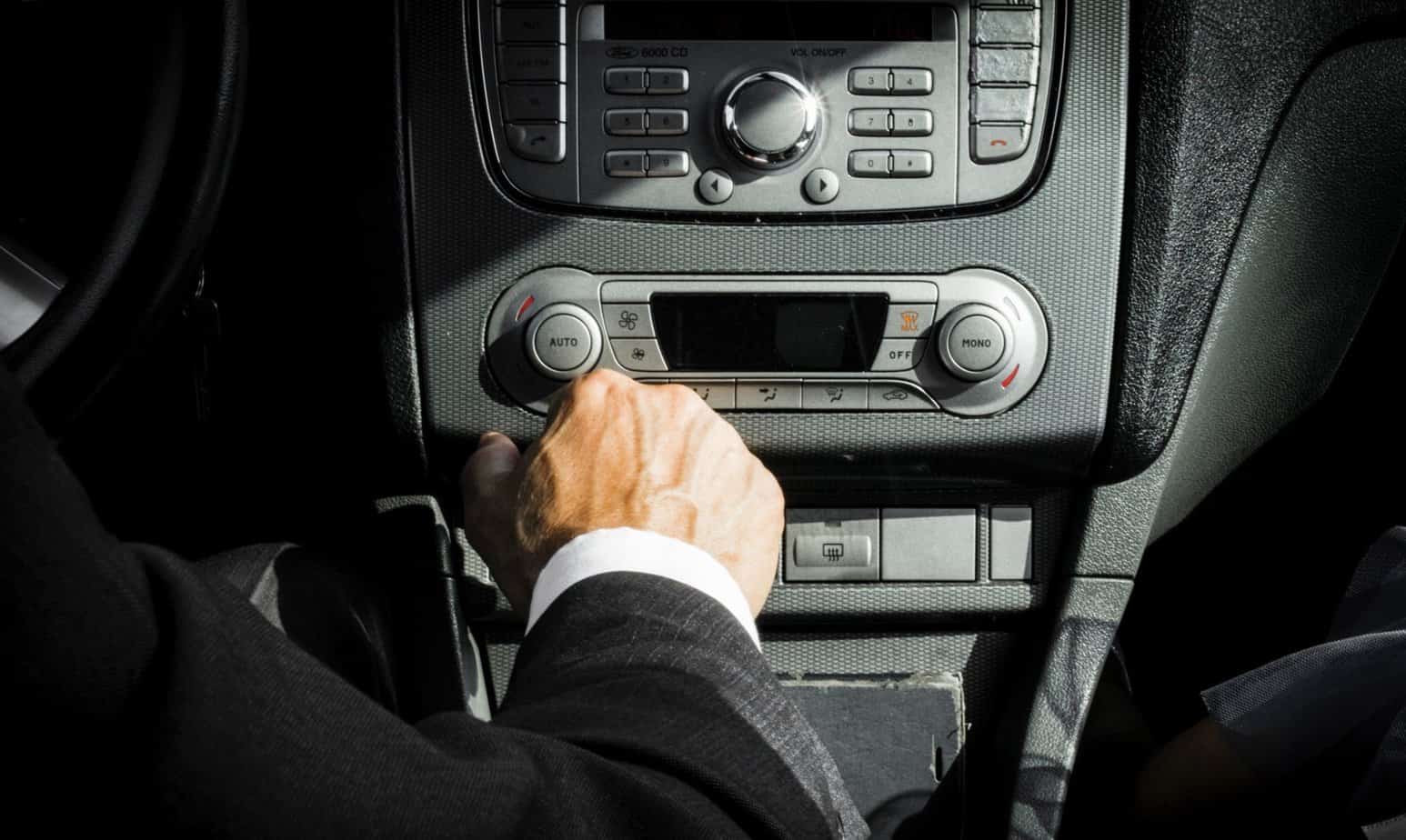 The ability to adjust the interior air temperature to your demands with the turn of a knob is unquestionably one of the benefits of owning a car. Unfortunately, the control panel can malfunction, preventing you from utilizing the air conditioning.

Although it can be frustrating, there are ways to figure out what’s wrong with the AC system so you can solve it. Here’s what we found out about the matter!

Why Is My Car AC Control Panel Not Working?

Your car’s AC control panel may not be working due mainly to electrical problems. Or, damaged buttons and knobs, faulty cable connections, or broken wires could be the root of this problem. On top of that, the battery, damaged parts, or computer errors could all experience issues that make the control panel malfunction.

Keep reading to learn more about why your AC control panel isn’t working!

One of the easiest things to check when your AC control panel isn’t working is if the knobs or buttons are jammed or stuck.

For instance, mechanical problems are common since you frequently touch the controls; these may include cracked buttons, loose dials, scratched screens, and a variety of other flaws.

Unfortunately, the only option is to replace the entire module. Furthermore, failures of the module’s electronics could result in greater unpredictability.

Because of this, your climate control system could occasionally stop reacting to your temperature settings or act strangely in other situations.

In addition to the buttons not working, it’s possible that your car’s temperature sensors are broken.

Also, higher-end automobiles with more advanced technologies might make use of more sensors.

That said, to help with more even heating and cooling, most of the newer car models are equipped with several temperature sensors inside the cabin.

Even sensors in your automobile that adjust the amount of sunshine coming in through the windows or measure the body temperature of passengers are possible.

However, if these sensors are faulty, this can cause the AC not to work because the temperature reading will be different from the actual temperature inside the car.

If the defrosters on your car aren’t working, there could be a refrigerant leak.

Freon, commonly known as refrigerant fluid, is used by the air conditioning system to cool the hot air that circulates within your car.

Additionally, the refrigerant is transported throughout the AC system in your automobile through a network of hoses and tubes.

The system could not have enough pressure if a leak occurs because of a damaged or improperly attached hose.

Therefore, the defrosters and other AC system settings may be impacted, and condensation may form within the system.

4. Blend Door Has Been Damaged

Generally, the blend door is responsible for sending air to the heater or cooling fan to create a blend of air that is circulated inside your car.

However, calibration done by the control panel can cause the blend door to warp or break down over time, which can then cause the AC system to malfunction.

A broken cooling fan can be the cause of the AC control panel not working.

Generally, your car employs cooling fans to transfer the cooled air into the cabin, much like your home needs blowers to move the air conditioning through the vents.

Thus, you won’t feel any air coming out of the vents when there is an issue with the fans.

However, various things might cause cooling fans to stop functioning properly, including blown fuses, electrical shorts, and damage from road debris.

All in all, these things can render the control panel useless as there will be no air to circulate in your car.

Read More:  Why Does My Car Insurance Go Up Every 6 Months? (9 Reasons Why)

6. The Condenser Is Damaged 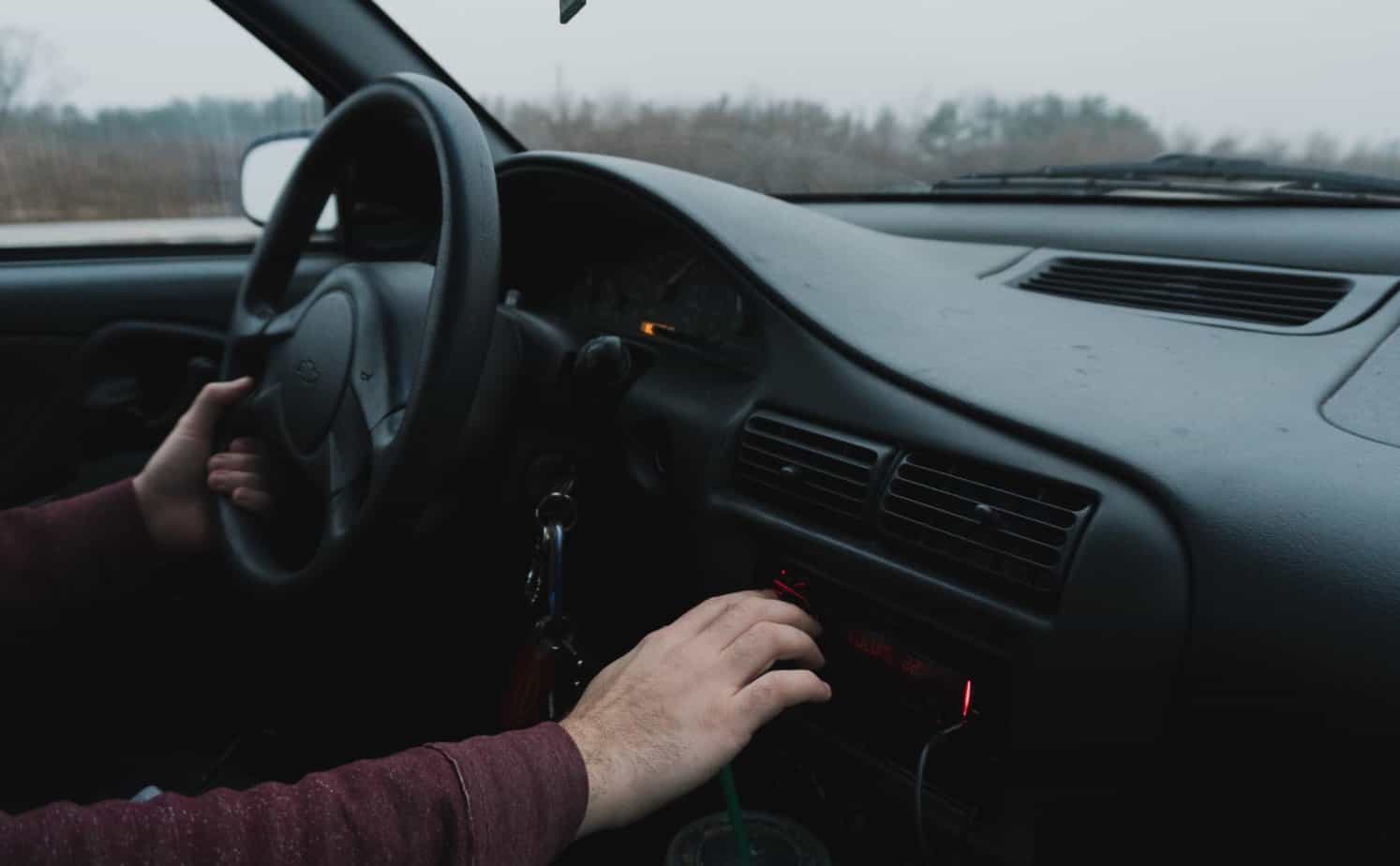 The condenser may be having issues, which could potentially affect the AC control panel.

Generally, the condenser takes the humid air from the air compressor and cools, liquefies, and depressurizes it; in other words, it aids in cooling the air.

As a result, if your air conditioner isn’t cooling as much, it may indicate a failing condenser, which can give the impression that the AC control panel isn’t functioning.

In other words, the AC system won’t work without this relay because it drives the AC compressor.

However, because the relay is an electric component of the car, it could stop operating after a while, resulting in irregular air conditioning and the control panel not working.

Sometimes, your AC control panel issues could be caused by the battery. Typically, your car’s battery powers the ignition and other features like the ventilation system.

However, due to wear and tear, the battery begins to lose power, and if it is weak, the air conditioner in your car may only function partially or not at all.

However, if the fuse for your car’s AC system is blown, it could cause the air conditioning system to malfunction partially or entirely.

Read More:  Why Is My Car Losing Coolant? (9 Reasons Why)

Therefore, a blown fuse could be to blame for the auto defroster not working.

The wiring of the AC system itself could be the problem.

A network of wires and cables that frequently runs throughout your car’s AC system controls the defrosting system by sending signals to cause them to operate based on selected AC settings.

With that, the AC system could experience electrical issues if one of the wires frayed or broke due to heat or repeated use.

As a result, this can be the reason why the AC control panel in your automobile isn’t working.

One of the factors that can prohibit the AC control panel from functioning is a potential issue with the engine control module.

That said, one of the most crucial parts of a contemporary car is the ECM, which controls the engine’s operations.

In other words, it functions as the brain of your car and manages all its electronic components, including the ventilation system.

However, an ECM issue can cause the ventilation system to malfunction, which would make it impossible for the car’s AC control panel to work.

To know more, you can also read our posts on why your car is blowing white smoke but not overheating, why your engine light keeps coming on and off, and why your car charger port is not working.

Your car’s AC control panel may not be functioning for a few reasons, mainly involving blocked vents, wires that are not connected properly, or even electrical problems.

While some of the issues can be easily fixed by clearing the dust on vents, others require professional involvement to deal with the problem.

Therefore, in order to precisely identify the car’s problems and prevent them in the future, it’s imperative to get in touch with a reliable technician or auto expert.