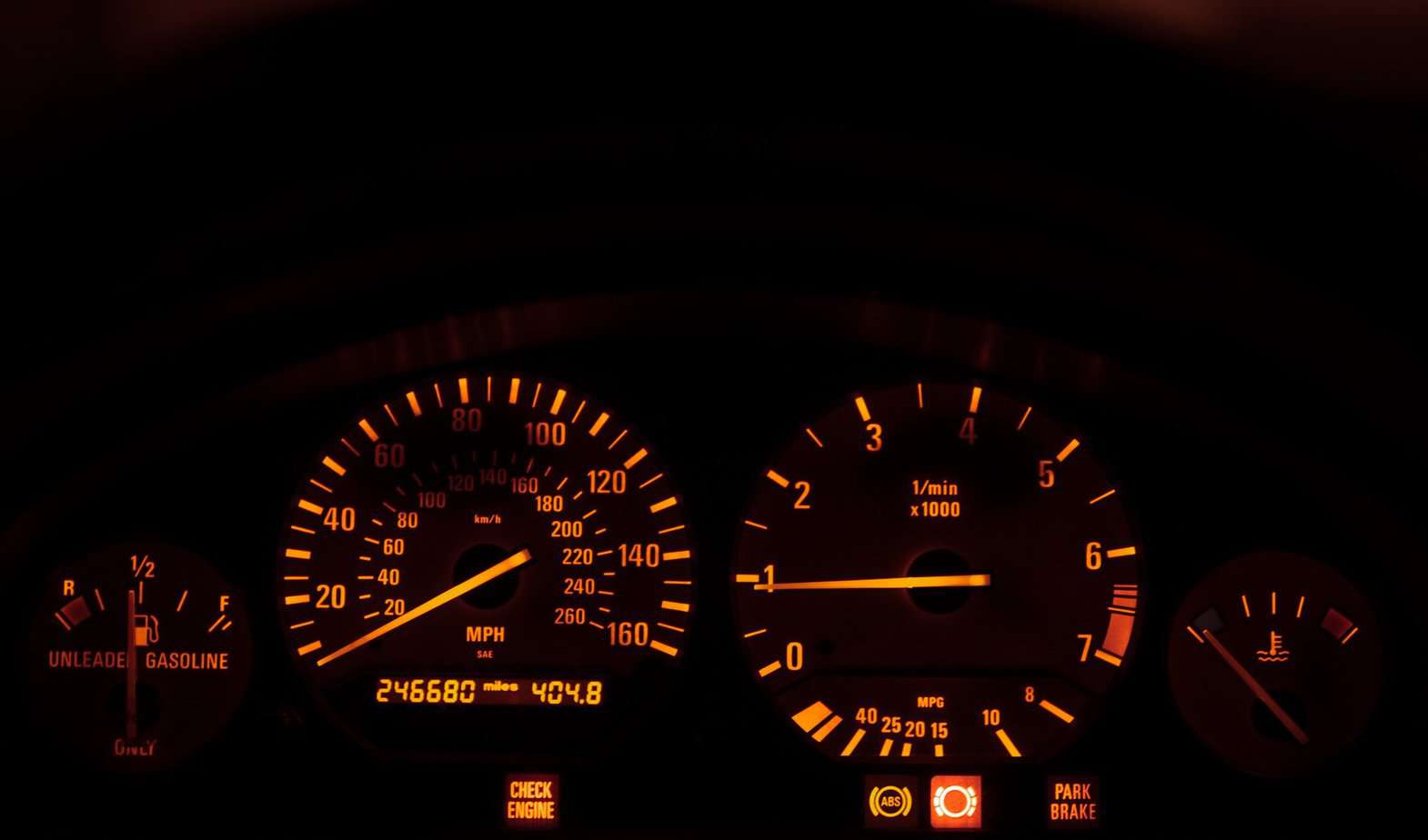 If you’re out on the road, and your anti-lock braking system says it’s safe enough to stop, but the brake lights are on, something is wrong.

An anti-lock braking system sometimes referred to as ABS, is an important system that provides traction control and helps prevent wheel lock-up in vehicle collisions. Here’s what you should know about why your ABS light illuminates!

Why Is My ABS Light On?

Let’s identify why this light is an early warning sign that you must take seriously, so keep reading!

An ABS module contains sensors monitoring the wheels, brakes, and steering. If it detects a problem, it will send a signal to the ECU (Electronic Control Unit).

Furthermore, these systems are designed to help prevent skidding by controlling brake pressure and applying it to the wheels.

In addition, when sensors are polluted with dust or metal shavings, ABS issues become more common.

Once the module cannot read data from the wheel speed sensor, the ABS light turns on the dashboard.

If you see your anti-lock braking system light on and hear a chirping sound from your brakes, there’s a good chance it’s related to a faulty component within the system itself.

Apart from this, one of the wiring harnesses is the most typical place where an ECM will fail. Additionally, your anti-lock braking system lights are glowing because the system has been programmed to check for debris in the braking system.

Read More:  Why Do Squirrels Run In Front Of Cars? (9 Reasons Why)

Overall, if there is debris, the system will trigger to turn on lights to warn drivers of the potential risk.

A blown fuse from the controller to the system sensors may be the root cause if your car’s ABS light comes on.

Furthermore, a short circuit is a shoddy electrical connection between two conductors that overloads the circuit with electricity.

So, a fuse will only explode instead of the wiring heating up due to an electrical short. Therefore, the ABS light switches on when it detects the signal from a blown fuse.

When an ABS wheel sensor fails, the anti-lock brakes stop working. In addition, the ABS warning light turns on when a problem is found.

After this point, the sensor stops providing valuable data to the vehicle’s electrical control module.

Additionally, traction control, stability control, and any other driver assistance features in your car will stop working if a wheel speed sensor malfunctions.

If your wheel speed sensor malfunctions, the ECU detects a false reading and activates the ABS light.

Low-level tire pressure can cause many problems with your vehicle, including reduced fuel efficiency and increased wear on the tires.

As well as that, if your tire pressure is only marginally low, you should be able to continue driving safely for a few more miles before stopping to replenish the air.

However, external tire pressure might result in tire failure. Furthermore, a blowout could ensue, which could be hazardous for passengers.

Therefore, the ABS control may receive inaccurate or flawed information, which unintentionally activates its warning lights.

Read More:  Why Ford Is Better Than Dodge? (9 Reasons Why) 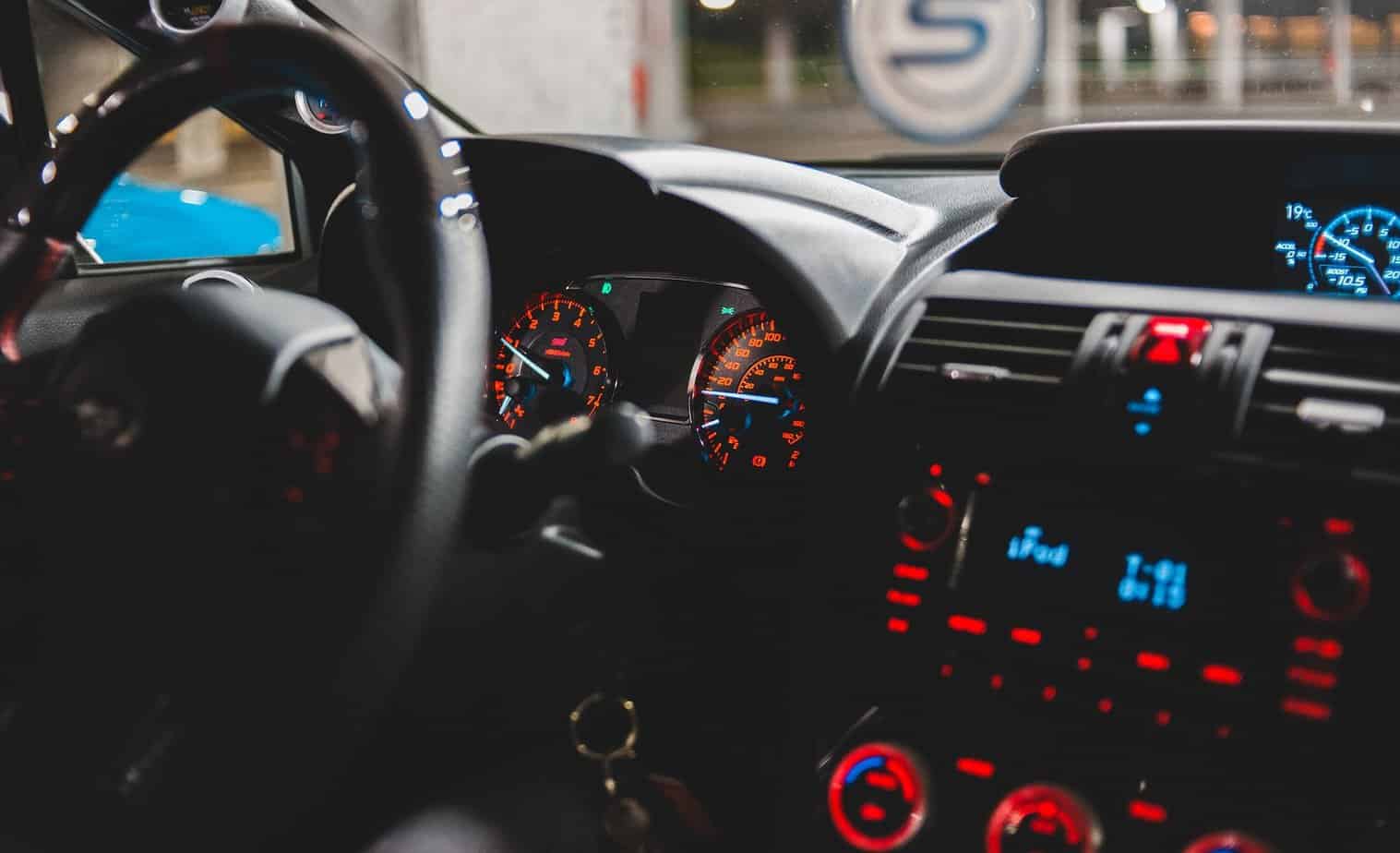 If your ABS warning light shines on your dashboard, there may be something wrong with your steering angle sensor (SAS).

That being said, the SAS works with other sensors to detect how close your car is to other objects, such as trees or poles.

In most cases, faulty wiring will negatively impact the link between the wheel and the computer controlling the traction, causing the ABS lights to flash.

If you get an antilock braking system light up, your brake fluid might be low.

In other words, it’s essential to keep your brake fluid full and topped off so it can slow down or stop your car when needed.

Additionally, you can usually tell if there is a problem with your anti-lock braking system light by looking at the fluid level in the reservoir.

Consequently, if this becomes imprecise, drivers can have trouble controlling it, especially on rough terrain, and the ABS will start to flash.

9. Improper Lubrication of Pumps and Valves

According to technical research, incorrect lubrication is the most frequent cause of failing pumps and valves, leading to overheating.

When this system malfunctions, the anti-lock system is messed up because an obscene amount of brake fluid pressure is applied to each wheel.

As a direct result, when brakes activate, a red warning light is frequently displayed to let you know that your brakes are either worn out or have lost brake fluid.

When you drive, the high-speed rotations of your tires can unevenly distribute the weight of the wheel assembly on the road if they are not adequately balanced.

As well as that, this irregularity might make it bounce or hop, which would make the ride rough or harm your car.

As a direct result, warning lights will illuminate and stay lit until the problem is resolved and imbalanced wheel alignment is no longer an issue.

A weak battery increases the strain on the car’s mechanical and electrical components. However, the vehicle’s system might operate less effectively, lowering its overall performance.

Undoubtedly, since the ECU and ABS depend on electricity, a sudden loss of power may result in the transmission of false signals, which could result in the illumination of warning lights.

To know more, you can also read our posts on why your battery light is on, car jerks when stopped at light, and Honda Civic overheating.

One of the most important things to remember is that your anti-lock braking system is designed to prevent skidding.

As mentioned above, your vehicle has detected issues such as a faulty ABS controller, a broken car system, and a burst fuse if your ABS light is on.

By all means, before figuring out what the problem is, you must understand this essential element of ABS operation!