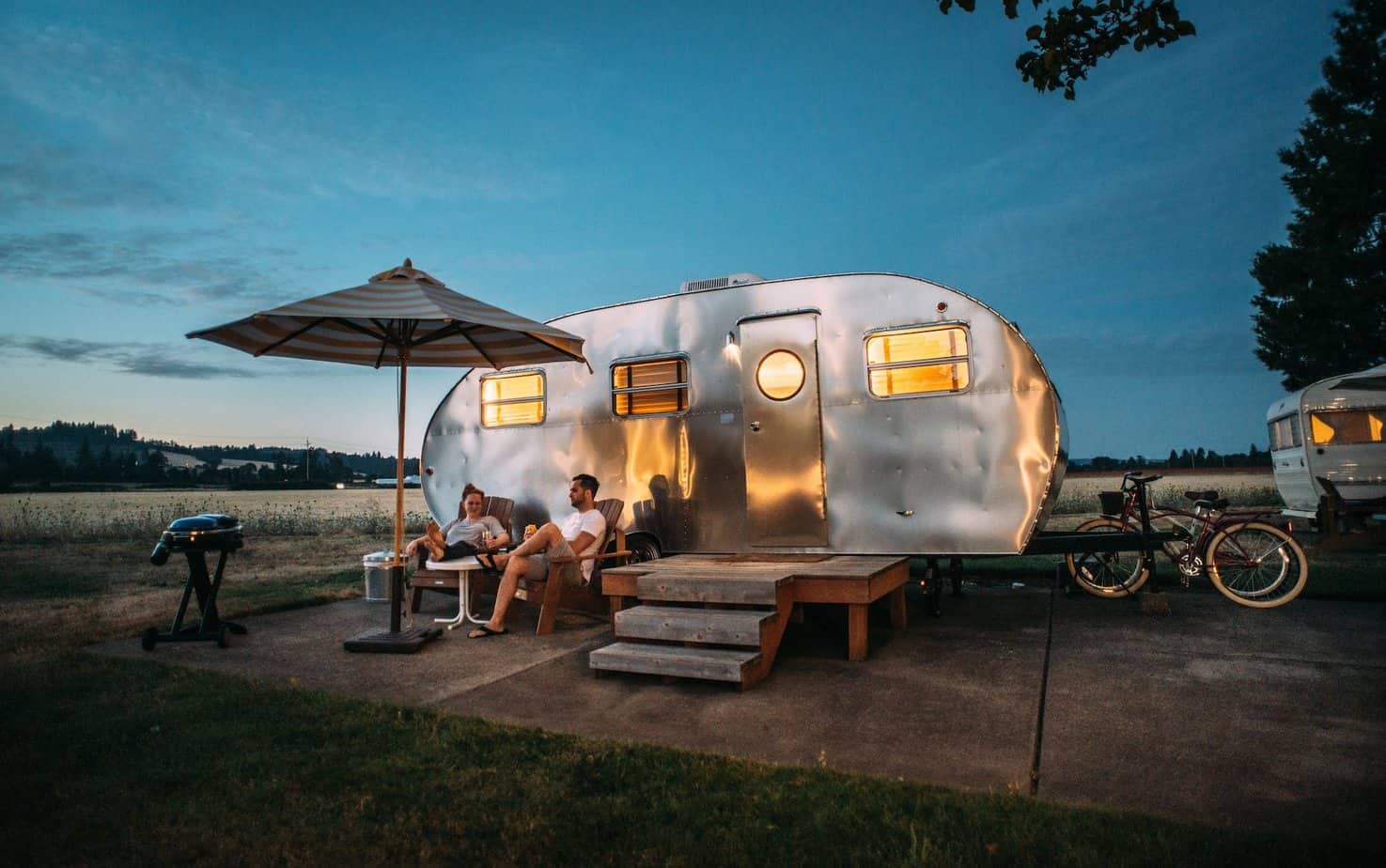 Many people picture a gleaming, curving trailer parked next to a river or far into the woods when they think about camping. The Airstream trailer is the pinnacle of camping for many people.

In fact, there has been an Airstream for many years. It is actually the oldest RV producer and is still making trailers today.

Why Are Airstreams So Expensive?

1. Its Body Is Made Of Aluminum

Plastic is commonly used in various RVs and camper trailers. The aluminum body of Airstream trailers is what makes them more expensive than competing trailers.

Compared to plastic, aluminum has various advantages. When tent camping in the wilderness, it’s much simpler to water seal.

If the trailer leaks, sudden downpours can destroy the interior and exterior altogether. There are fewer areas for water to leak into aluminum trailers.

In many aspects, they are also tougher than plastic and are vulnerable to dents, though.

2. It Is Much Longer To Produce An Airstream Than Traditional Trailer

The manual nature of Airstream trailer construction means that it is a labor-intensive process than the traditional trailer.

This is due to the fact that they must first put the shells together before riveting them. They can begin constructing shelves and cabinets once the shell is put in place.

Building larger trailers also requires more time and money than building smaller ones. These trailers are, therefore, more expensive because it costs more to make them.

Because they are built to endure a long time, Airstream trailers are pricey. The business spends a lot of money to create the best possible trailer.

Airstream boasts that over 70% of its early trailers are still being utilized today. They also realize the value of their trailers, therefore, they want a premium for them.

The materials don’t deteriorate as quickly because a lot of time and money was invested in trying to make the trailer the greatest it could be.

As a result, you needn’t be concerned about the trailer rusting even if you encounter multiple downpours. This lifespan increases the appeal of Airstreams because of it.

Airstream made 85 trailers each week. They recently bought a new facility, which enabled them to increase production and employee numbers.

Because there is a finite number of Airstream trailers created each year, they are pricey. Hence, supply will never be able to meet demand, and the price will always be greater.

They can increase the price of the airstream while still turning a healthy profit by restricting their supply. They can now make 160 trailers per week.

Compared to many other manufacturers that employ a great deal of automation in their manufacturing, that is still a rather limited number of trailers.

As a result, they can’t satisfy demand because they only make a tiny quantity of trailers. 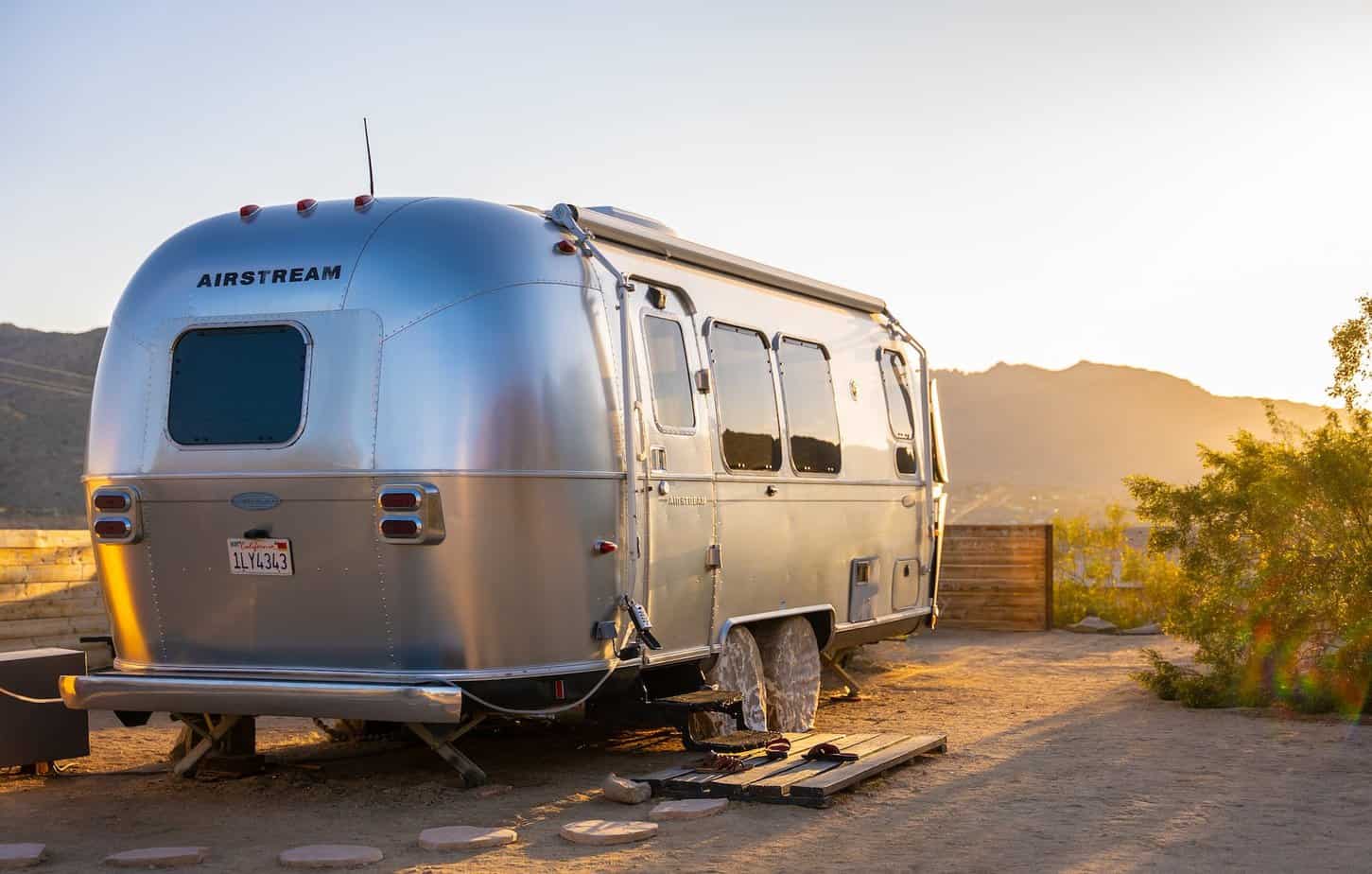 Airstream introduces a new model of trailer every year. While some of the distinctive hallmarks remain the same year after year, the design and materials change.

If it fits within the collection of the proper collector, they could wish to purchase it from you. Collectors have their own market where they buy and sell items among themselves.

As with any auction, the cost of buying that specific item could increase dramatically. Airstream is aware of this, which affects the amount they decide to charge for particular models.

Therefore, due to their rarity, Airstream trailers are pricey.

Due to the rise in popularity of nomadic lifestyles, Airstream trailers are pricey. Given the lack of trailers available to begin with, this emerging aspect of society drives up trailer prices.

To meet the demand for people who want to live nomadic lives, Airstream is finding that it needs to manufacture more trailers.

Because there’s a lot of passion for Airstream trailers, many entrepreneurs see airstream as a money making opportunity.

Airstream-style trailer rentals have drawn a lot of attention. Anyone can rent out all kinds of places for travelers using websites like Airbnb.

The owner of the trailer can generate a respectable income from renting it out. To advertise their business, they depend on the company’s reputation.

Those wishing to rent out the trailer will acquire an Airstream, then people install them in a campground or a location with an amazing view.

There will undoubtedly be a lot of people interested in camping there who don’t want to tow the trailer.

Additionally, pricey is the secondhand market for Airstream trailers. This is so that the trailer retains its worth over time.

Some trailers even include extra upgrades that make the experience more comfortable.

More people are interested in buying one since they are aware that they can recoup the majority of their investment by selling it afterward.

High-quality items are something that Airstream is known for producing. When purchasing their trailers, they are aware that their customers have particular expectations.

It offers a higher-end experience as compared to other trailer kinds. It carries high pricing, much like any luxury brand.

Customers are more prepared to purchase high-priced goods from them compared to other companies as a result of their recognition and image.

Due to their long lifespan and use of only premium materials, Airstreams are pricey.

There is a growing demand for the few trailers that are for sale because more people are choosing to live in trailers than houses or apartments.

Nevertheless, there are several methods by which consumers can still get a deal on Airstreams.