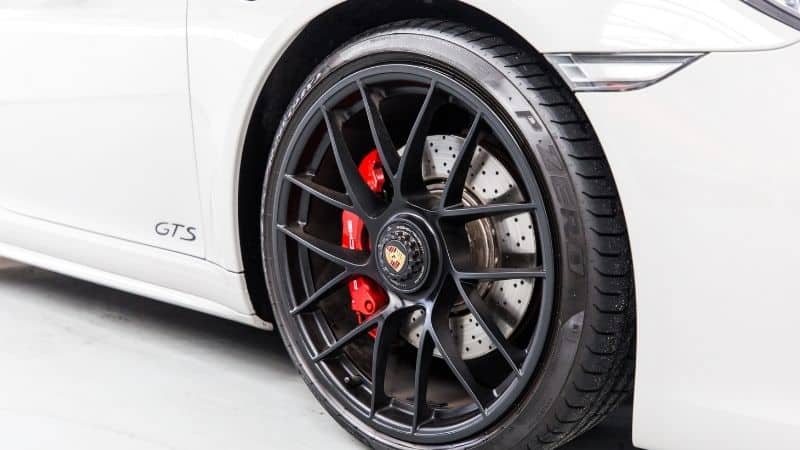 With the sheer quantity of letters and numbers on a tire sidewall, anybody might wonder what they mean or if regular drivers are meant to even know.

This post seeks to fill that knowledge gap by decoding this information, making it more accessible to everyone, novice and seasoned car owners alike.

What Does The T Or H Mean On Tires?

To assist you in figuring out what the T and H denote in more detail, this article will delve more into what role each tire plays and how they relate to each other.

What Does The T Rating On A Tire Mean?

Under ideal conditions, a T rating means that the tire is allowed speeds of up to 118 mph.

Standard touring tires for ordinary passenger cars such as family sedans and minivans are most commonly associated with T grades.

What Is H On A Tire?

An H is a speed rating signifying that the tire can safely run at speeds of up to 130 mph for a lengthy period.

An H speed rating is at the low end or at the beginning of the performance tire speed ratings.

Tires with an H speed rating are suitable for sedans and sport and luxury coupes, although they aren’t often regarded as full-fledged performance cars.

Are H Or T Tires Better?

Out of all tire speed ratings, “H” and “T” tire designations are the most common on sedans, family automobiles, and SUVs but which is better depends on your needs.

These tires are capable of speeds ranging from 118 mph to 130 mph under ideal riding circumstances.

As earlier mentioned, H-rated tires are best for sport/luxury coupes, sedans, and amateur racing cars, and they fall under the grand touring category (despite not being designed for full-fledged performance vehicles).

On the other hand, T-rated tires are suitable for family automobiles and minivans and fall into the normal touring and all-season categories.

Due to their softer rubber compositions and sturdier tire structure, both speed classifications offer handling benefits, yet H/T tires have considerable drawbacks.

This advantage compensates for the reduced peak speed that these tires can handle.

On the flip side, H-rated tires are becoming more widespread as factory tires on several prominent automotive models.

H-rated tires, in spite of their shorter lifespan, may fulfill tire safety criteria and are ideally equipped for increased degrees of braking, handling/cornering, and acceleration.

This precisely complements the expanded capabilities of modern family vehicles and sedans.

Can You Put T Rated Tires Instead Of H? 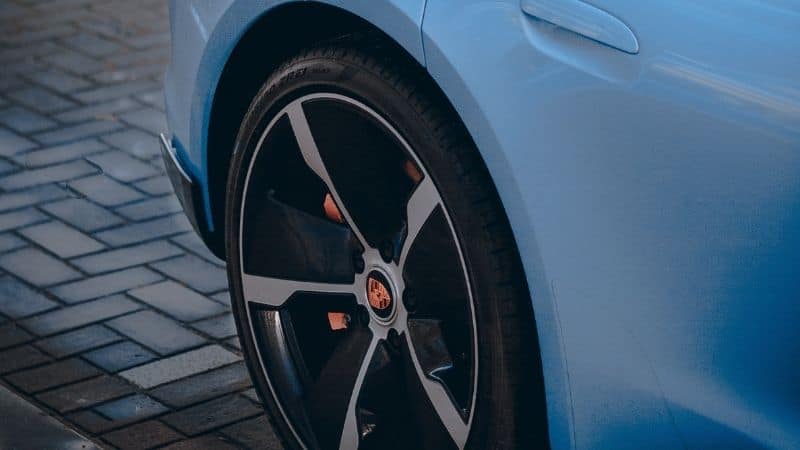 According to automakers, replacement tires should have at least the same load capacity and speed rating as the original equipment tires.

Although a 94T tire is normally less expensive than a comparable 94H tire, using the lower-rated tire may jeopardize the vehicle’s safety.

Can You Mix T And H Tires?

Never mix and match tires with different speed ratings on your car. This will cause serious issues with your vehicle’s handling.

If a vehicle has tires with varying speed ratings, the lower-rated tires should be fitted on the front axle, regardless of which axle is driven.

This is to avoid a possible oversteer situation. The vehicle’s speed capacity is now limited to the lowest speed-rated tire, which may compromise handling.

It is advised that the same brand, size, pattern of tread, speed rating, and load index of tire types be used on all four-wheel locations for optimal performance.

We don’t advocate downgrading when it comes to tire replacement since it poses a safety concern.

In addition to being capable of faster speeds, H-rated tires provide superior steering response and cornering grip than tires with lower speed ratings, such as T-rated tires.

After all, the automaker spent millions of dollars testing the vehicle in that particular setup, which included the suspension and braking systems.

However, choosing H-rated tires comes at a price because while they generally have similar pricing to T-rated tires, they didn’t survive as long in the treadwear test mentioned above.

Should All 4 Tires Have The Same Speed Rating?

Ride, handling, and/or other performance characteristics may change between tires with different speed ratings.

As a result, extreme caution should be exercised while combining tires of varying ratings on the same vehicle.

If you want to know more, you can also see our posts on how long do run-flat tires last, if tires make noise, and what are H-rated tires.

H and T designations on tires allude to the highest speeds that they can support, assuming that the payload capacity, required tire pressure, and ideal road conditions are satisfied.

All four tires should be of the same size, brand, and speed rating for your car to realize its peak performance.

Avoid mixing your tires at all costs as it may not only be unsafe but also significantly reduce performance as your car’s top speed will be equal to the lowest speed-rated tire.

You should also know that these speed ratings apply only to brand-new tires that have not been damaged, punctured, or repaired in any way.

When purchasing replacement tires for your automobile, it is always best to choose new tires over used tires. This guarantees that you stay within the speed limitations set for your car.