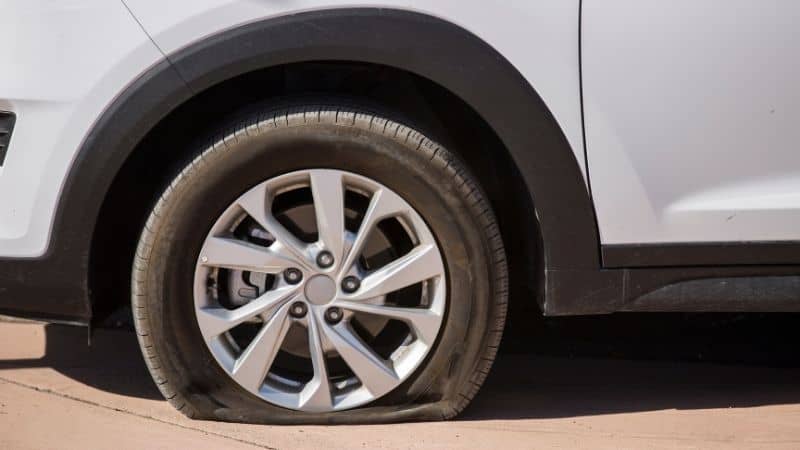 Run flat tires have emerged as a reliable option for people who don’t know how to change a tire or would prefer to avoid it altogether for reasons of convenience or safety.

Although they’ve been around for decades, owners still have several questions on their reliability in an emergency. We’ve gone ahead and answered them here.

Run flat tires have been observed to last for around 17,000 miles (27,359 km), or 6,000 miles (9,656 km) less than conventional tires. Additionally, when a run flat tire gets a puncture, you can drive it for as far as 50 miles at 50mph under normal conditions provided that sudden motions like sharp turns or hard braking are avoided.

If you’re looking to learn more about how many miles you can get from run flat tires, how reliable they are in an emergency, how often they need to be replaced, their pros and cons, and more, keep reading!

How Often Do Run Flat Tires Need To Be Replaced?

How Many Miles Can You Get On Run Flat Tires?

This question is often asked with relation to how far one can go on a punctured run flat, and most major manufacturers put the distance at 50 miles under optimal conditions such as vehicle weight, their position on the vehicle, ambient temperature, etc.

They also recommend that you drive at 50mph to ensure you get the most you can out of the punctured tire.

This makes them a suitable option for people who don’t know how to change tires or would like to get rid of a spare to create additional storage space within their vehicle.

Before they were available for everyday vehicles, run flats were made for military and armored vehicles to avoid immobilization that would put them at a disadvantage when dealing with bad-faith actors.

For this reason, they’re recommended for people that would use them along lonely freeways, at night, or other similar situations so they’re not stranded and vulnerable. 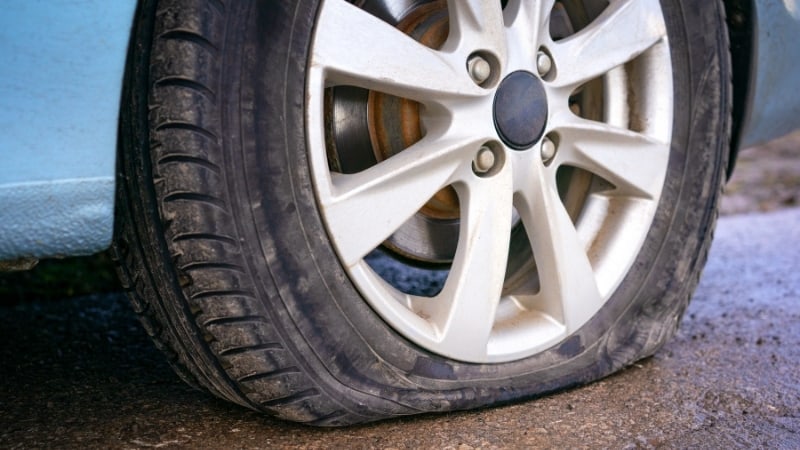 Overall, yes they do. In 2012, Bridgestone and BMW settled a class-action lawsuit that was raised in response to their run flat tires being less durable than was expected.

Honda and Michelin also settled a similar suit in 2009 over the tires in certain models of the Honda Odyssey and Acura RL.

These cases were over misleading marketing and while that has gotten better over the years, the tires still drag behind the conventional ones in terms of durability, discussed below.

Do Run Flat Tires Need To Be Replaced After A Puncture?

A run flat can be replaced after they sustain a puncture, but it’s generally recommended that you shouldn’t.

Their internals consist of either a self-supporting or support ring system, and both are more complex than normal tires.

If a run flat gets a puncture, experts recommend a complete replacement rather than repair as its structural integrity will often not hold up too well after it’s been compromised the first time.

Other factors that necessitate replacement include the loss of rigidity and uneven wear that could make the tire more unstable and susceptible to future incidents.

Can You Fix A Run Flat Tire With A Nail In It?

Manufacturers recommend that you should not try to repair a run flat that has sustained damage from a nail, instead directing you to replace the whole thing.

This is because, as stated above, they are made with more components than traditional tires so it would be difficult to determine whether the nail inflicted more internal damage than assumed.

Can You Replace Just One Run Flat Tire? 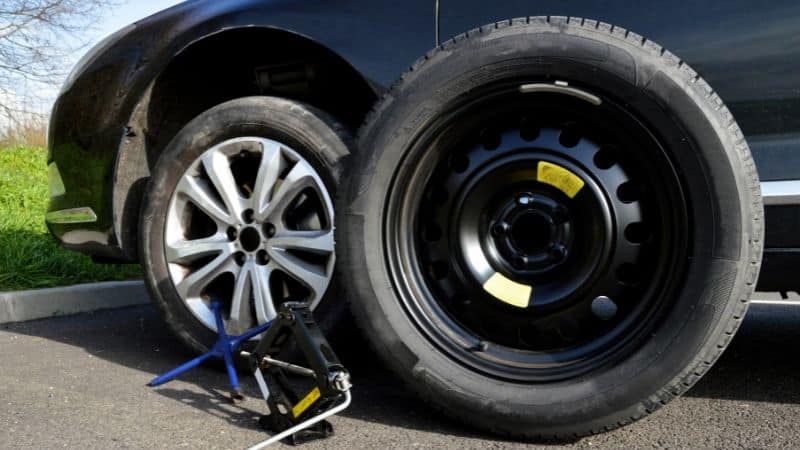 Like traditional tires, it is possible to replace a single run flat tire with wear or damage.

In most cases, it would cost more and be harder to find one that’s compatible with the rest of the set for reasons discussed further below.

Can I Replace Run Flat Tires With A Normal Tire?

If you’ve gone through the previous section and have decided to bite the bullet and switch over to traditional tires, the good news is that you can!

Today, they’re more common on certain models of BMW, Mini and Mercedes-Benz, all popular enough that it would be easy to find a compatible set of wheels from your local auto shop.

You would need to seek the advice of a professional to make sure that you’re getting the right fit for your vehicle depending on size, intended use, etc.

Most manufacturers that ship vehicles with run flats installed usually do this to free up the space that would have gone to having a spare, something that’s most evident with Minis, so if you switch over, you should have a solid alternative plan in case of a puncture.

Learn how to change a tire and find a way to fit a spare somewhere on the car, even if it isn’t a full-size one – just something that gets the job done.

Otherwise, You could also have a reliable towing service on hand, especially for when you’re driving through less populated areas or at night.

Toyota and Dunlop settled a suit regarding the run flat tires they used on some 2004 and 2005 all-wheel drive Siennas. The suit alleged that the tires started wearing after as little as 9,000 miles (about 14,500 km).

Pirelli says that after a puncture, their run flat tires could go for at least another 50 miles at a maximum speed of 50 mph.

Continental advertises their self-supporting run flat tires as able to last an additional 80km at 80 km/h and providing an additional 80 liters (21 gallons) of trunk space.

Mini Cooper enthusiasts have estimated that considering factors such as the weight of the car, a Mini with a punctured run flat tire could go an additional 100 miles at 50 mph. 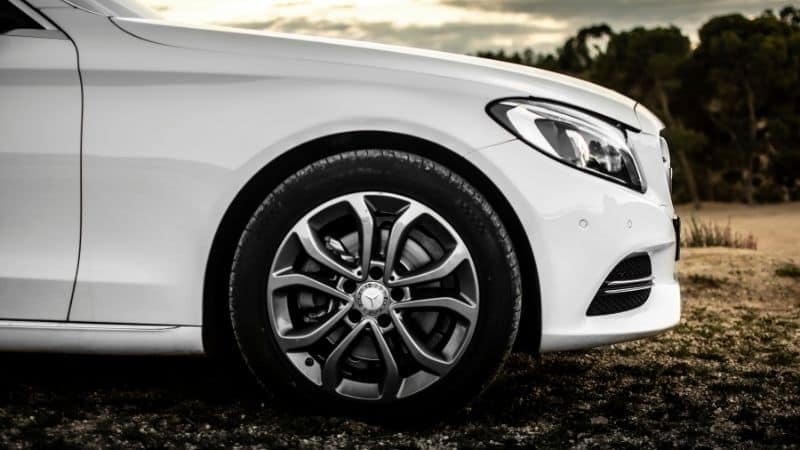 Mercedes Benz specialists place the vehicles’ run flat tires at 50 miles at speeds of up to 50 mph.

Bridgestone says that their run flat tires can provide the driver with 50 more miles at a maximum speed of 50 mph.

Michelin’s Zero Pressure brand of tires use run flat technology that provides 50 miles at 50 mph in the event of a puncture.

Goodyear uses its Run On Flat or Extended Mobility Technology (EMT) to manufacture run flat tires that last for an extra 50 miles at 50 mph when punctured.

What Are The Disadvantages Of Run Flat Tires?

Run flat tires are good for people who aren’t too skilled with changing tires on their own, but their adoption has stagnated at 15% over the past few years due to some pretty significant tradeoffs that go beyond the shorter life span mentioned earlier in this article.

For starters, due to their low market penetration, they’re harder to come by as they’re not stocked as widely, making them a less attractive option for use outside of large metropolitan areas.

This means that while they may get you to the nearest service station, you could end up waiting longer than usual to find a replacement, let alone one that fits your vehicle.

They’re also more expensive than conventional tires. Prices and estimates vary greatly depending on where you’re looking, but they’re always the costlier option, with a price tag that averages out within the mid hundreds.

As stated above, replacing the whole tire is recommended over repair when an issue arises so that definitely drives up the overall cost of owning them compared to the traditional variants.

Their construction means that they’re heavier and interfere with the smoothness of the ride and gas mileage. Their rigid side walls also mean that they’re not as good at absorbing shock, resulting in a rougher ride.

Detecting an issue with the tires could also be a problem, since they rely on onboard monitoring systems and you can’t tell if a tire needs fixing just from how the car handles as is the case with conventional tires.

They’re hooked up to your car’s tire pressure monitoring system (TPMS) and if that should fail for whatever reason, you have virtually no way of knowing that something’s wrong until it’s too late.

To know more about flat tires, you can also read our posts on how common are flat tires, flat spots on tires, and blown-out tires.

Run flat tires are definitely an invention for convenience that allow a driver an additional 50 miles after a puncture to get themselves to help or safety.

However, they come with limitations such as higher costs, severely limited repair options and a much shorter life span.

Depending on your preference, they can serve their intended purpose with care and attention, but replacement with traditional tires is also possible if desired.