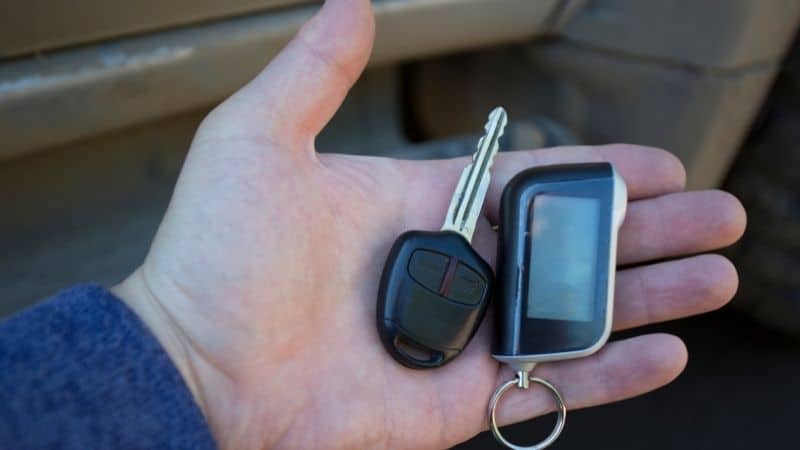 Aftermarket car alarms add a new layer of protection by keeping your vehicle stationary on top of issuing an alert. In some cases, though, the alarm could malfunction or become too much of a chore to have, so you might want to disable it.

Therefore, you may be curious as to how to properly disable an aftermarket car alarm. If you’d like to find out, keep reading!

How Do I Disable An Aftermarket Car Alarm?

You can disable your aftermarket car alarm either by interrupting its power supply or by cutting off its connection to the rest of the car. Choose one method depending on the urgency and how soon you would like it to go back online. Depending on what model of alarm you have, there might be other built-in functions to disable it.

Read on to learn more about disabling aftermarket car alarm systems as well as everything else you’d need to know on the subject!

How Do I Disable an Aftermarket Car Alarm?

To disable the aftermarket alarm, use one of the following methods: 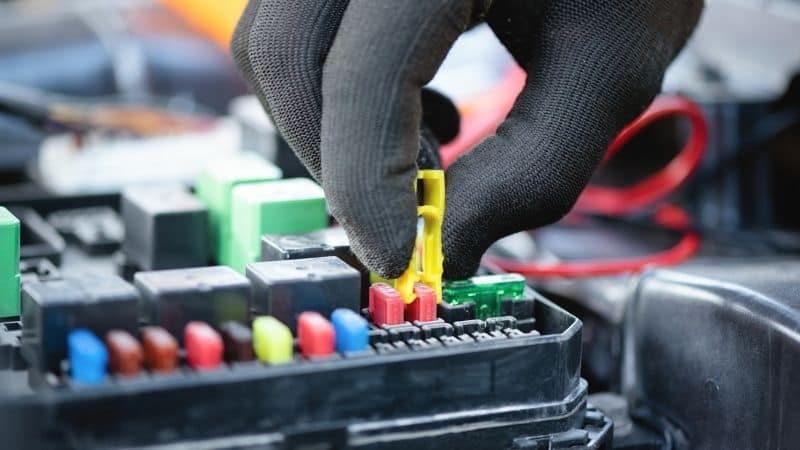 Alarm systems (aftermarket or OEM) are electrical components, so you can disable them by removing the fuse.

Their fuse is the bridge between the alarm system and the electrical power supply in the car, so getting rid of it will break the circuit and disable the system.

You can find the fuse in a fuse box (the location of which is discussed more below) where it’s going to be alongside other fuses, so you’re going to need to identify it correctly.

When you spot the fuse, use a fuse puller that you can also find in the fuse box to pull it out safely.

Read More:  Does My Car Have an Alarm? (Here's How To Find Out)

If you can’t find the fuse puller, you can use some pliers, tweezers or your own fingers if you’re careful enough.

After taking out the fuse, store it somewhere safe where you can find it later, because it’s a very small component that’s easy to lose.

This option is good for when you want to disable the aftermarket alarm quickly and you don’t have the key or fob.

If the situation is more dire and you don’t have the keys, fob or time to look around for the fuse, you can disable the aftermarket alarm system by cutting the wires.

During installation, the person who sets it up will probably show you where it’s hooked up to the car so you can go in and cut the wires if you have to.

If you choose to do this, you should be careful to avoid cutting the wrong wires and staying away from electrocution.

Use something like wire cutters instead of a knife, because the latter is less stable and prone to slipping and injuring you or causing more damage than intended.

This option is suitable for when you want to get rid of the aftermarket alarm immediately and permanently without going to a professional. 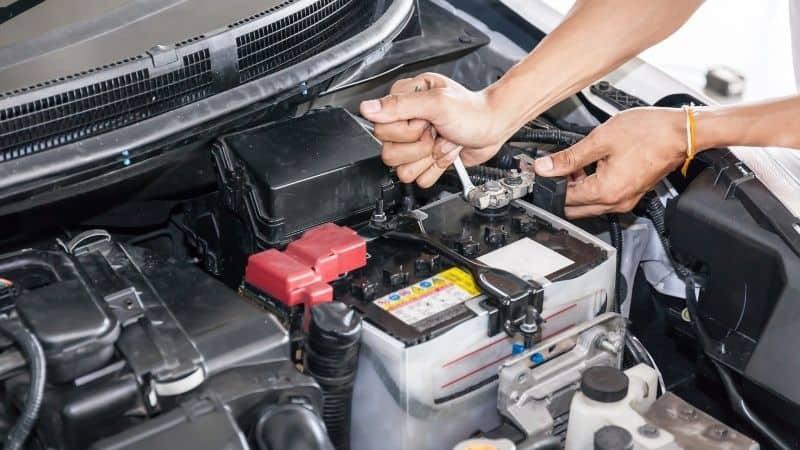 Disconnecting the car battery will disable an aftermarket alarm system, because it also disrupts its power supply. Fortunately, you don’t need to take the whole battery out for this, you just have to unplug its negative terminal.

This option is ideal for someone looking to disable the alarm for a very long time and isn’t going to be driving anytime soon.

4. Use Dedicated Tools And Functions

Depending on what brand of alarm you went for, it could have specific ways for the owner to disable it.

These include a kill switch that’s separate from the valet switch, a pattern you have to follow using your car keys, an app, etc.

If you have the manual or know what model of alarm you have, you could do some research to learn if these options are available to you.

How Do I Disable an Aftermarket Car Alarm Without a Remote?

If your aftermarket alarm is malfunctioning and you want to put it on ice for a while, but you don’t have the remote or the key, you can do the following:

Where is the Fuse on an Aftermarket Car Alarm? Your car might have different fuse boxes that you can access, and the fuse for the aftermarket alarm will be in one of them.

One location for a fuse box is underneath the hood, inside the engine bay. Pop the hood open and look in the top corner on the driver’s side.

Another place where the fuse box might be located is inside the cabin. Look under the dashboard on the driver’s side where the knee close to the door would be facing.

Some vehicles will have the fuse box in the glove compartment, but this is rarer than the other two because of the safety risks involved.

Wherever it is, in modern vehicles, it’s going to be very apparent as the collection of fuses will be covered by brightly colored plastic caps with different markings.

Read More:  When Were Car Alarms Invented? (Not What You Think)

Your owner’s manual will not be of much help to locate this kind of alarm, because it’s up to the alarm’s manufacturer or the person who installs it to choose where the alarm fuse will go.

For this reason, when buying a used car, it’s always advisable to ask the original owner for details like this or maintain their contact information after buying the vehicle.

Why Does My Aftermarket Car Alarm Keep Going Off?

Your alarm might go off for seemingly no reason due to faulty sensors, a problem with your key fob, improper wiring or another electrical issue.

Most of an alarm system’s issues can be fixed through a reset, such as by removing the fuse and putting it back.

To find out more, you can also see our posts on how to disconnect a car alarm fuse, how to set off a car alarm, and the Kia alarm reset.

If your aftermarket alarm doesn’t allow the owner to disable it using direct functions, you can take it offline by cutting off its power supply. This can be done by disconnecting the alarm fuse, its wires or the car’s battery.

You might need to disable the alarm, because it keeps malfunctioning or it’s become too cumbersome to have. If it’s the former, you can try resetting instead of disabling it because this fixes some issues.