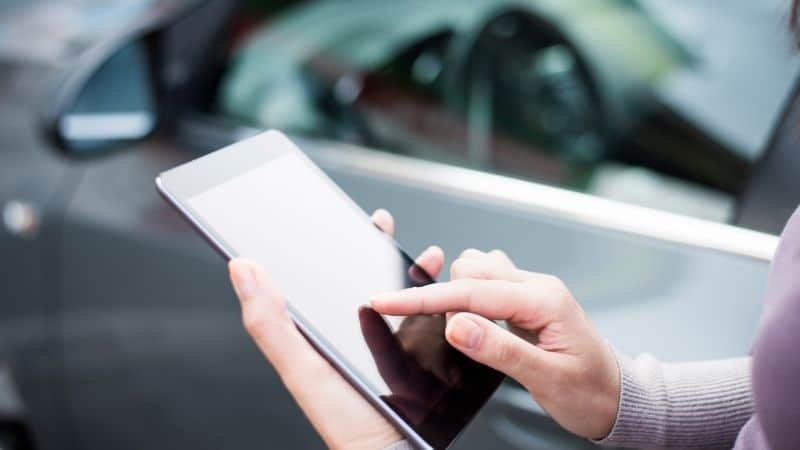 There is perhaps nothing more annoying than a car alarm going off in the middle of the night. If it only happens once, then it’s forgivable, but the situation might be a bit more complicated if it goes off more than once.

Figuring out how to deal with a repeated alarm can be challenging, but the police are often considered. To figure out when and if you should call them over an alarm, keep reading to see what I found out!

Should I Call the Police If a Car Alarm Keeps Going Off?

You can call the police if an alarm has gone off several times a night, or if it goes off repeatedly every night. Call the emergency number and leave a report, which will likely require knowing the address and type of car. An officer may or may not respond, though, depending on how busy that night is.

Continue reading below for more things you can do to combat a repeated car alarm, along with other useful facts and tips!

Can You Call the Cops if a Car Alarm Keeps Going Off?

The exact laws and regulations vary greatly from place to place for calling the police over a car alarm. However, in many areas, there are often noise laws that govern loud noises during certain times. Usually, these laws apply after a certain time of night, such as midnight.

If the car alarm keeps going off during the wee hours of the morning, you can often call the non-emergency number and leave a complaint.

However, the cops may or may not actually show up. A loud car alarm is considered a minor complaint, so cops will usually only respond when they have a slow night. If people are continuously complaining, then it increases the odds of the police department responding.

Read More:  Can Thieves Disable Car Alarms? (Not What You Think)

Usually, if they do respond, they will simply knock on the offending party’s door and ask them to fix the alarm. Of course, they may or may not get it fixed (and it probably won’t be that night, anyway). Unfortunately, there isn’t much that a cop can do to make the car alarm stop.

What Do You Do When Someone’s Car Alarm Keeps Going Off? 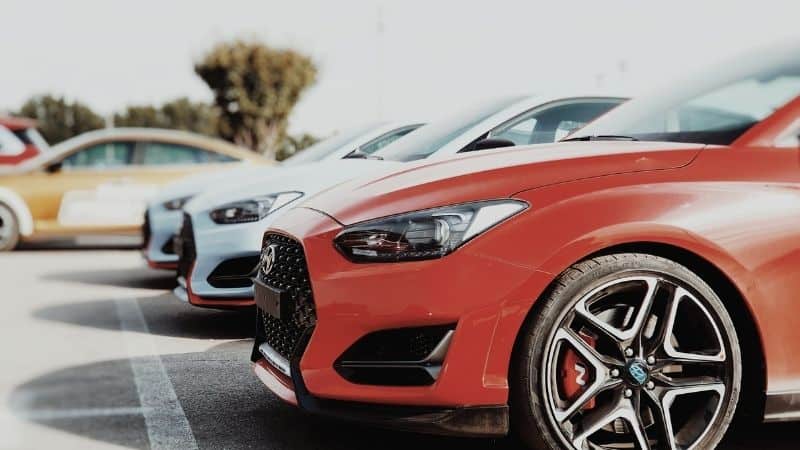 First, you should make sure that the person knows their car alarm is going off if they’re unable to hear it or are unaware (ex. they could have issues with hearing).

Leaving a note is a great way to combat this problem, or you can knock on their door if you feel comfortable doing so. Let them know that their car alarm is going off and ask them to silence it as quickly as possible when it does.

If that doesn’t help, then you can contact the non-emergency number for your local police department.

Often, they will send out someone to help fix the situation, but it will depend on how busy the department is. As an alarm is only a nuisance complaint, it’s on the lower end of the priority list.

How Long Can a Car Alarm Sound Before Shutting Off?

How long a car alarm sounds depends largely on the car and the security system. Sometimes, the alarm may keep going off until the car battery dies. Because the alarm pulls very little electricity, this could theoretically last for a very long time.

Some alarms also have backup batteries, so they may continue even if the car battery dies. With that said, the car alarm may continually go off for the next 20 minutes and then stop.

However, if the car alarm is continuously triggered, then it may come back on. Often, this happens when there is something wrong with the alarm that keeps messing it up.

Usually, if a car alarm is going off in the middle of the night for no apparent reason, then it’s likely broken. Therefore, it may not only go off for 20 minutes like it is supposed to.

When an alarm is going off for “no reason,” then there is usually no way to tell how long the alarm may go off.

A possible explanation could be that the alarm may be continuously set off by a bad sensor. If this is the case, it won’t turn off until the car dies and stops providing the correct amount of power.

How Do I Report a Nuisance Car Alarm? 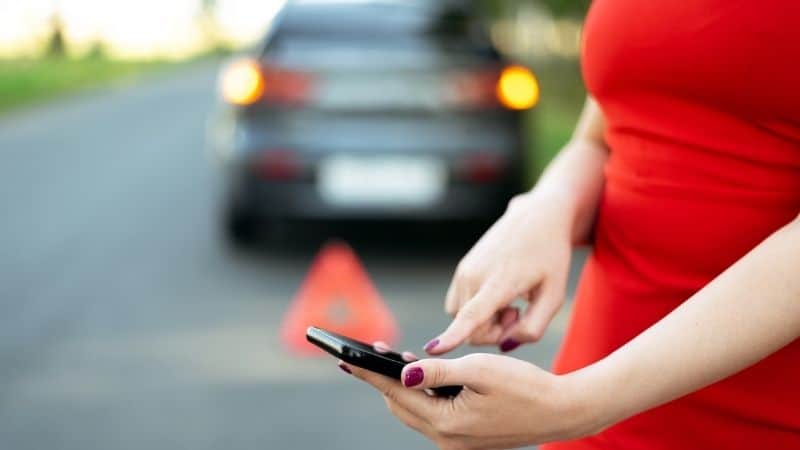 To report a nuisance car alarm, contact the non-emergency number of your local police department. Typically, you can google the name of your town followed by “police department.” You can call the number provided, and they should take the noise complaint.

If they don’t, however, then they will be able to provide you with the correct number to call. Sometimes, they will even direct you to leave a complaint online.

Keep in mind that whether or not an office responds varies widely. In many cases, officers may be busy with more serious crimes and dangerous situations.

As well, it may take a while for a police officer to actually show up. Therefore, you can’t expect an immediate answer to the car alarm.

Why Did My Car Alarm Turn off in the Middle of the Night?

There is always the possibility that a thief is attempting to break into your car. However, after it goes off once, the thief usually doesn’t come back to try again. If they’re just trying to break into a car, they’ll likely flee the scene and go try again somewhere else.

With that said, if there is something particularly special about your car or something inside of it, then it may make sense for the thief to try again.

However, odds are, if it goes off more than once in a short period, then there is something wrong with the alarm system.

There are quite a few possibilities, such as the car battery being low, which can make the alarm sound. However, the wiring could also be messed up, or the sensors may be outdated. Either way, you’ll likely need to speak to a mechanic about fixing it.

Can My Neighbors Hear My Alarm? 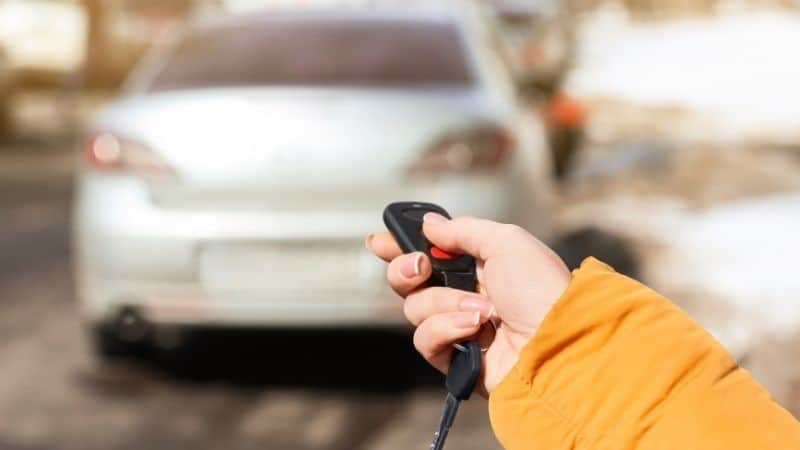 Whether your alarm can be heard in your neighbourhood depends on how far away the neighbors are.

In many cases, if they are close enough, then the neighbors will obviously hear your alarms. In fact, they may even hear the alarm before you do, depending on the orientation of your bedroom and their house.

Either way, it’s essential to be a good neighbor and turn off the alarm when necessary. Otherwise, you may get a complaint or two, which can negatively impact your relationship with your neighbors.

To learn more, you can also read our related posts on how to reset Avital car alarm, how to disconnect a car alarm fuse, and how to turn off a car alarm without a key.

If a car alarm continues to go off, then you may want to call the police. This problem can occur for many reasons, such as a faulty system. A police officer can inform the owners of the car that the alarm is continuously going off, which may prompt them to get it fixed.