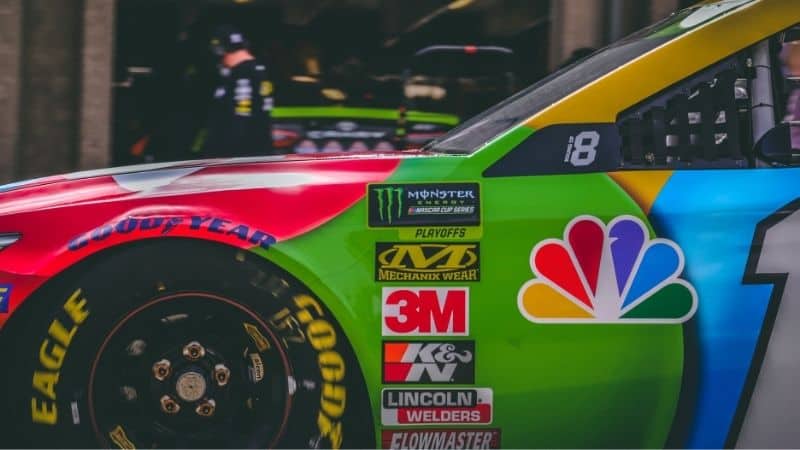 Years of continuous innovation within auto racing sport NASCAR has contributed to the rapid evolution of street tires.

Goodyear develops NASCAR tires and we’ve studied them extensively to compile this brief but comprehensive look.

How Much Do NASCAR Tires Weigh?

Aside from the weight of NASCAR tires, keep on reading to learn more interesting facts about their design, durability, cost, and more!

How Much Does A NASCAR Cup Tire And Wheel Weigh?

Steel wheels have been in use in NASCAR for a long time. Many of the teams use the Aero 59 NASCAR-approved steel racing wheel.

NASCAR is planning a shift to an 18-inch next-gen wheel which may be prohibitively heavy as a wheel that size could weigh as much as 40 lbs (about 18 kg).

Heavier wheels limit the handling abilities of cars as their higher mass moment of inertia makes it difficult to accelerate or decelerate.

A car with large wheels is a little more agile compared to one with smaller wheels.

What Tires Does NASCAR Use? 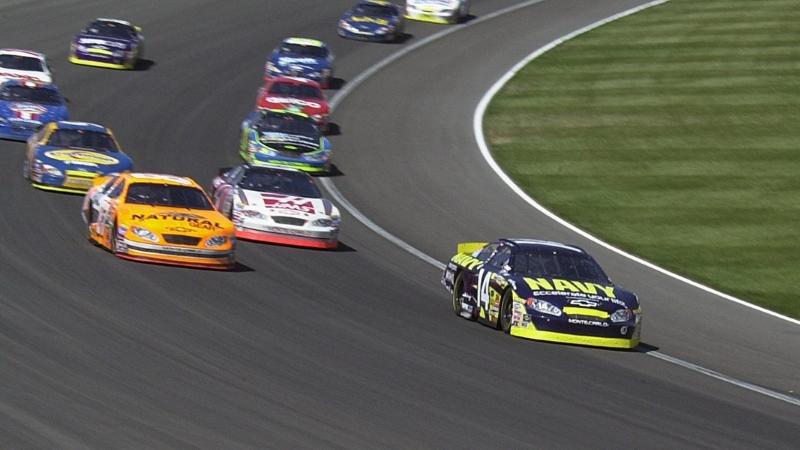 Goodyear has provided NASCAR with tires for the last 60 years but they only became the event’s official tire brand in 1997.

NASCAR’s official tire is the Eagle Radical Race tire, built to provide traction and prevent overheating on tracks as they may reach up to 130°F (approximately 54°C), but we’ll discuss this more in the next section.

Race and street tires have major differences and only share a similarity when it comes to their radial design.

Each NASCAR wheel has been specially designed with five lug nuts to ensure safe but quick tire change during pit stops.

Each tire is specifically designed for the track they will be racing on with features that include heat resistance, traction, tread, and durability.

How Hot Does A Nascar Tire Get?

NASCAR tires are usually filled with nitrogen which is more stable compared to standard air. This is crucial because internal temperatures can hit as high as 200°F (about 93°C) in extreme conditions.

These tires are also subjected to heat cycles and this changes the tire’s grip. Following each heat cycle, the tire generally becomes tougher.

Experienced drivers look after their tires and do not allow them to overheat. An evenly heated tire will go through fewer heat cycles and will have the best grip for a longer lifespan.

How Much Is A NASCAR Tire Worth?

Tires are some of the most costly components in NASCAR racing where each tire costs between $350 to $500 and about $2000 for a complete set.

Read More:  What Is A Tire Valve? (All You Need To Know)

Each team is permitted to lease 16 sets of four tires. That works out to each NASCAR Sprint Cup team spending about $20,000 on tires alone per race.

Due to the short lifespan of the tires, the tire expense can run quite high for each team. In 2015 alone, NASCAR spent $35 million on tires.

Interestingly, race teams do not purchase their tires. On race day, they lease them from Goodyear.

Why Are NASCAR Tires Bald? 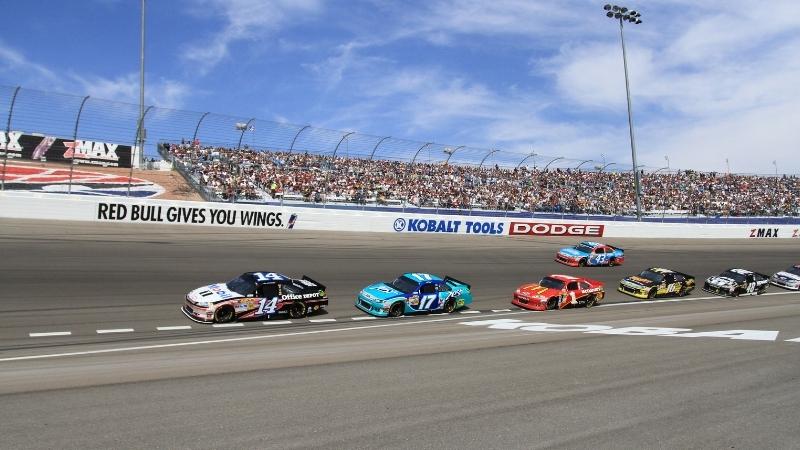 NASCAR tires appear to be fully bald, but this is not due to wear. This is deliberate because on a dry track, tires with more sticky rubber in contact with the ground can create more grip.

In wet conditions, a tread pattern on the tire is advantageous but in dry conditions, it’s better to have the entire tire in contact with the ground.

This is why when the track gets wet, NASCAR races have to be called off – driving under those conditions could prove very dangerous.

Why Do Nascar Wheels Have Two Valve Stems?

In NASCAR, the large tire sidewalls are used because a conventional tire would deflate pretty fast, and the racing vehicle would lose all steering capability.

An inner air container is installed to extend beyond the chassis to the ground in the event of a blowout.

While the outside air container has all of the technology found in a typical racing tire—multiple plies and fiber layers—the inner air container is constructed entirely of rubber, similar to an inner tube.

However, unlike an inner tube, the inner layer of a NASCAR tire does not push on the outside layer. Each wheel, therefore, requires two valve stems, one for each air container.

Read More:  How Long Do Summer Tires Last? (All You Need To Know)

Due to reasons such as the poor handling outside of completely dry pavement, regulations have been put in place to ensure that NASCAR racing tires cannot be used on public roads.

Any street-legal replica would have to ride on a pair of similar-looking tires to create the illusion of authenticity.

NASCAR circuits and speeds create conditions where regular tires wouldn’t suffice, so the events use special tires designed for the sport, usually by Goodyear, the official NASCAR provider.

These tires are only meant to be driven during NASCAR events and on dry pavement, meaning they can’t be used on public streets for reasons of practicality and legality.