When most people think of a spare tire, they picture an obviously interim solution in the form of a small donut-shaped tire.

Donut tires, also known as temporary use spare tires, aren’t as versatile as their full-size counterparts as each tire is specific to the car model that comes with it. Learn more about donut tires and how to get the most from them!

Do Donut Tires Fit All Cars?

Unfortunately, donut tires do not fit all cars as each donut tire is made to be unique to the brand and model in which it’s packaged. This also means that you can’t and shouldn’t try to swap donut tires across vehicles, even if they have the same number of lug nuts with a seemingly similar design, size, or tread pattern.

Keep reading to learn all there is to know about donut tires on your vehicle, the sizes available, how long you can drive on them, and more!

Are All Donut Tires The Same Size?

Any small temporary spare tire and wheel that comes with a car is usually made specifically for that car only.

For this reason, you should never try to use a donut tire on another vehicle unless the make and model are identical.

Every donut tire has its own set of parameters, which include size, tread width, material, and height, that are tailor-made for the car it accompanies.

This might differ from other donuts in terms of quality, durability, and speed, as well as distance ratings stamped on the rim or sidewall.

Can A Donut Tire Do Damage T0 Your Car? 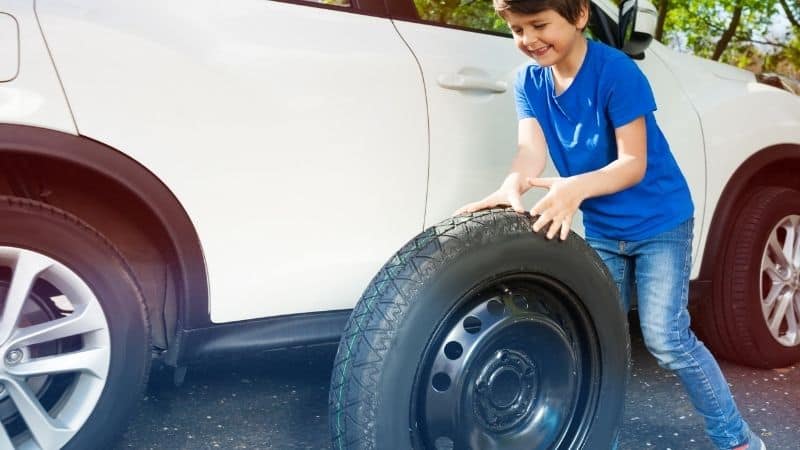 Cars are built to handle full-size wheels, so they can’t operate at full capacity on a doughnut for a lengthy amount of time because they’re not meant to accommodate the weight.

Major components, such as the transmission, suspension, and brakes may be damaged as a result.

Donut tires are just designed to get you to the next tire shop and are far less durable and safe than a regular tire and wheel.

In fact, the durability and performance characteristics of donut tires are different from normal wheels and tires.

This can adversely affect the handling and controllability of a vehicle if they are not used strictly in accordance with the vehicle manufacturer’s recommendations.

Is It OK To Put A Donut On The Front Tire?

There are numerous reasons why you should avoid mounting the smaller spare tire on the front of your car if you can.

One reason is that many automobiles are heavier in the front than in the back. You don’t want the donut to bear a larger chunk of the vehicle’s weight.

Given that the donut is smaller, mounting it at the front will have a significant impact on braking, steering, and handling as the front tires perform the bulk of this work.

Due to inertia, the car also leans forwards when you hit the brakes, placing more weight on that side of the vehicle.

In handling, the presence of a smaller wheel at the front means that one tire will be turning more sharply than the other, and this impacts steering.

Alignment will also be thrown off, causing the automobile to swerve on its own.

In a front-wheel drive setup, the dramatic loss in the surface area of even one of the two front tires means that the car will produce less power and accelerate slower.

Basically, driving on a donut in the front is far more likely to cause significant damage to the car’s internal components.

How Long Can You Drive On A Donut Spare Tire? 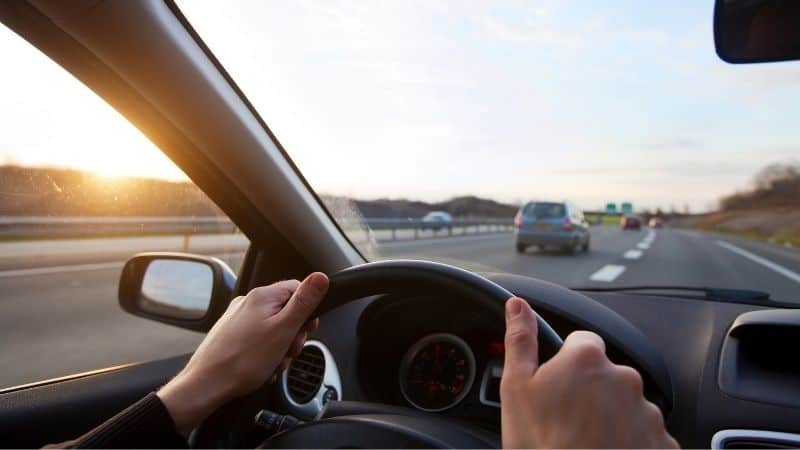 The main reason to avoid using space-saver or donut tires for an extended period of time is that they have little to no tread, leaving them exposed to road dangers and projectiles.

It’s also a lot smaller than the other three tires, so it spins quicker to keep up with the car, meaning it has a shorter life span by default.

How Long Is A Donut Good For?

As for their lifespan inside the car, the majority of donut tires last between 7 and 10 years inside your car but you should check on them in the trunk at least once a year to make sure they’re still good i.e. pressure is still in them, no tears in the rubber, etc.

How Much Does A Donut Tire Cost? 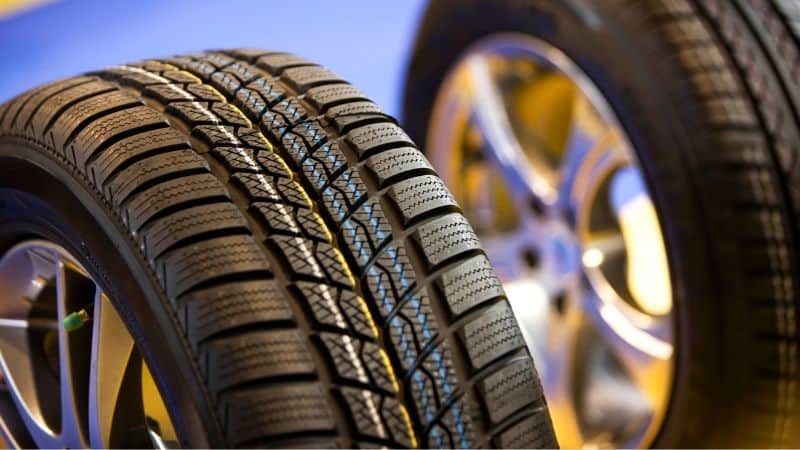 The price of a temporary spare greatly varies depending on where you get it and the size of the spare tire.

Donut spare tires can cost anywhere from $50 to $300, and a local tire store is the cheapest location to get one.

This, however, may need some looking around, and you may still be unable to locate anything that fits your car due to the specificity we discussed earlier.

Some online vendors stock a wide range of donut spare tires and they allow you to key in your vehicle’s make, model, and year of manufacture to be matched with the proper tire size.

When an offer is active, you can pick up good quality donut tires for between $100 and $250.

Donut tires are manufactured to fit the vehicle they’re bundled with, so you shouldn’t try to install them on a different model whether or not it looks like it could work.

A donut tire is meant only as a temporary fix that you can drive to an absolute maximum of 100 miles (about 160 km) at low speeds before it poses a risk to you.

You might feel tempted to leave it on longer due to financial constraints, but the damage that could result from prolonged driving on a donut makes this an ill-advised decision.

Avoid installing the donut in the front if you can unless it’s an emergency because the front wheels handle a lot of work when driving and donuts aren’t built to withstand the demands.