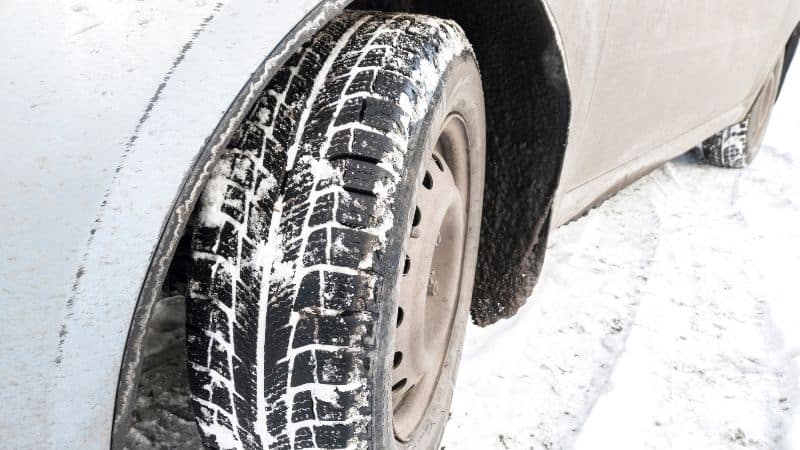 In the U.S. alone, 500,000 road accidents and 2,000 road deaths occur each year because of winter storms and slippery roads.

So if you’ve recently started using winter tires and are amazed at how they improve vehicle handling, you may be wondering – how do snow tires work? Here is what I’ve found out!

How Do Snow Tires Work?

Snow tires work by increasing grip and traction in snow and staying soft at low temperatures. Their microscopic pores absorb water film on icy and slippery roads to improve handling. Additionally, the block-like tread patterns and sipes help the tires to cut into the snow and move smoothly.

If you want to learn more about the science behind snow tires, how fast you can drive with them, their suitability for other seasons, and much more, keep on reading!

Snow tires do indeed provide better traction and a safer driving experience, even during snow blizzards.

So even if your all-season tires work fine during the winters, snow tires are still worth the cost.

If you live in snowy areas, you may have noticed a thin water film accumulating on the road which makes the road slippery and the vehicle difficult to control.

Snow tires have microscopic pores on their surface which absorb water from this film and allow the rubber to make direct contact with the ice.

Additionally, the tread pattern of these tires is designed like blocks that can pack snow between each other, enabling contact with the ground.

Unlike all-season tires, snow tires also have sipes that cut in a zigzag direction through the rubber. This gives a great driving experience both on icy roads and cold pavements.

How Do Studded Snow Tires Work?

Studded snow tires have metal studs that grip tightly on the snow, giving the smoothest driving experience compared to other types of snow tires.

However, they reduce the fuel efficiency of the vehicle a lot during summers when the roads are dry and warm.

Note that studded tires damage dry roads badly, which is why some U.S. states do not allow these tires to be used on vehicles at all.

How Do Studless Snow Tires Work?

Studless snow tires have softer rubber instead of metal studs, so their grip in the snow is, although still reasonable, not as strong compared to that of studded tires.

Also, these types of tires offer good fuel efficiency, but not as good as that offered by studded snow tires.

How Do High-Performance Snow Tires Work?

High-performance snow tires work best in minimum snow conditions. They are not designed for hard winters, so they can work well on dry roads as well.

Because of these features, the winter mileage of high-performance tires is the least, and the summer mileage is the highest as compared to the other two types.

Although it may seem that high-performance snow tires are similar to all-season tires, the former has lower mileage in the summers while the latter are not suitable for use in snow.

How Fast Can You Drive With Snow Tires? 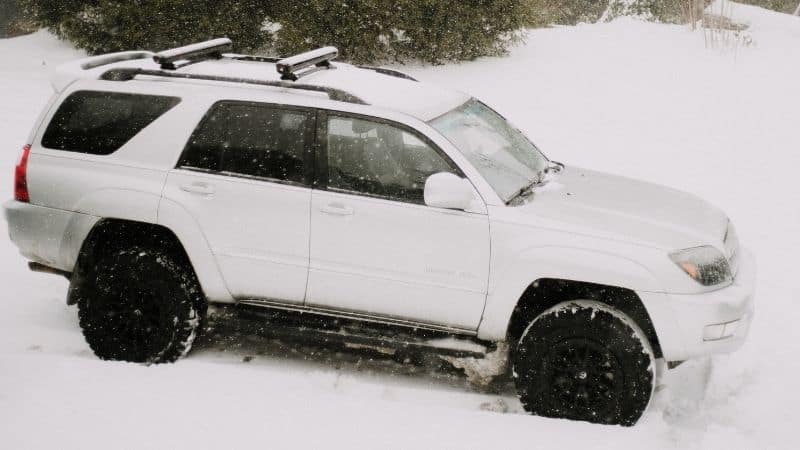 The highest recommended speed you can drive at with snow tires is around 75 miles per hour (120 km/h), according to several tire and vehicle manufacturers.

Driving above this speed on icy roads can damage the wheelbase of your tires badly, and drastically reduce your vehicle’s fuel efficiency.

As a rule, using snow tires during winters increases fuel efficiency (since better traction on slippery roads reduces the engine’s workload), but the opposite happens during summers.

During summers, the rubber of snow tires is unable to maintain proper grip, forcing the engine to work harder and thus consume fuel inefficiently.

Can You Use Snow Tires All Year?

Having a different set of tires for winter can seem like a hefty investment. You may be tempted to save money by using snow tires all year, but that is not a good idea.

Snow tires are designed to work in low temperatures. They have poor grip in summers which reduces the fuel efficiency and increases the tread wear.

Along with that, the flexible tread blocks of snow tires increase the braking distance as compared to all-season tires, which can cause serious road accidents.

Even if you save some money by not replacing them after winters, the safety risk and high fuel consumption do not make snow tires worth using throughout the year.

Are Snow Tires Mandated by Law? 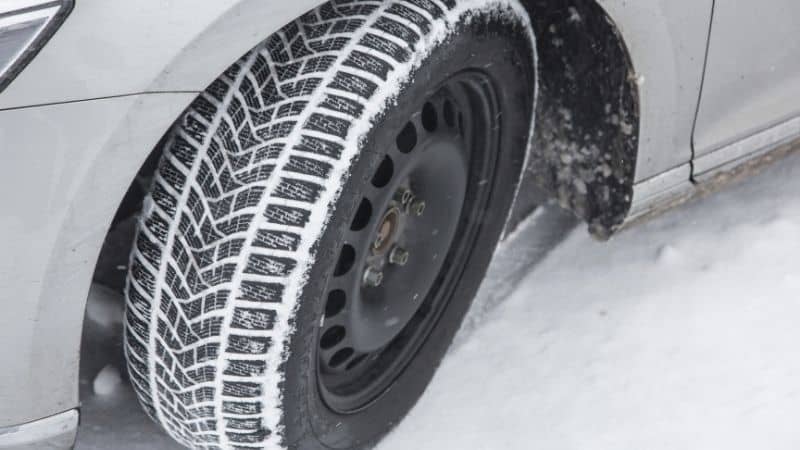 Although the benefits of using snow tires are evident, you may still be wondering if it is mandatory for you to get them during winters on legal grounds.

In Canada, only Quebec and British Columbia mandate the use of snow tires. All other provinces encourage them but do not make their use necessary during winters.

In the US, 11 northern states make it necessary to have chains or snow tires during winters. Other than these states, you are encouraged to use snow tires but not obligated by the law.

Do You Need Snow Tires If You Have Chains?

Chains are almost equally effective when driving in deep snow, however, they badly affect the performance of your vehicle on dry roads.

For this reason, snow tires are a better alternative as they can work well in both conditions, i.e. on icy roads as well as on cold dry pavements.

Note that some states in the US do have regulations that require you to have either all four snow tires or chains.

So if you are already using chains, you do not necessarily need to have snow tires.

To find out more, you can also see our posts on whether or not studded tires work, how long do winter tires last, and if all-season tires are good for winter.

Along with that, the tread pattern creates friction while the sipes cut into the ice. Because of these features, snow tires offer a safe winter drive with increased fuel efficiency, even during storms.

Some regions legally require drivers to have snow tires or chains during winters, so it is important to check with your local road authority if you are obligated to replace your vehicle’s tires for the upcoming winters.