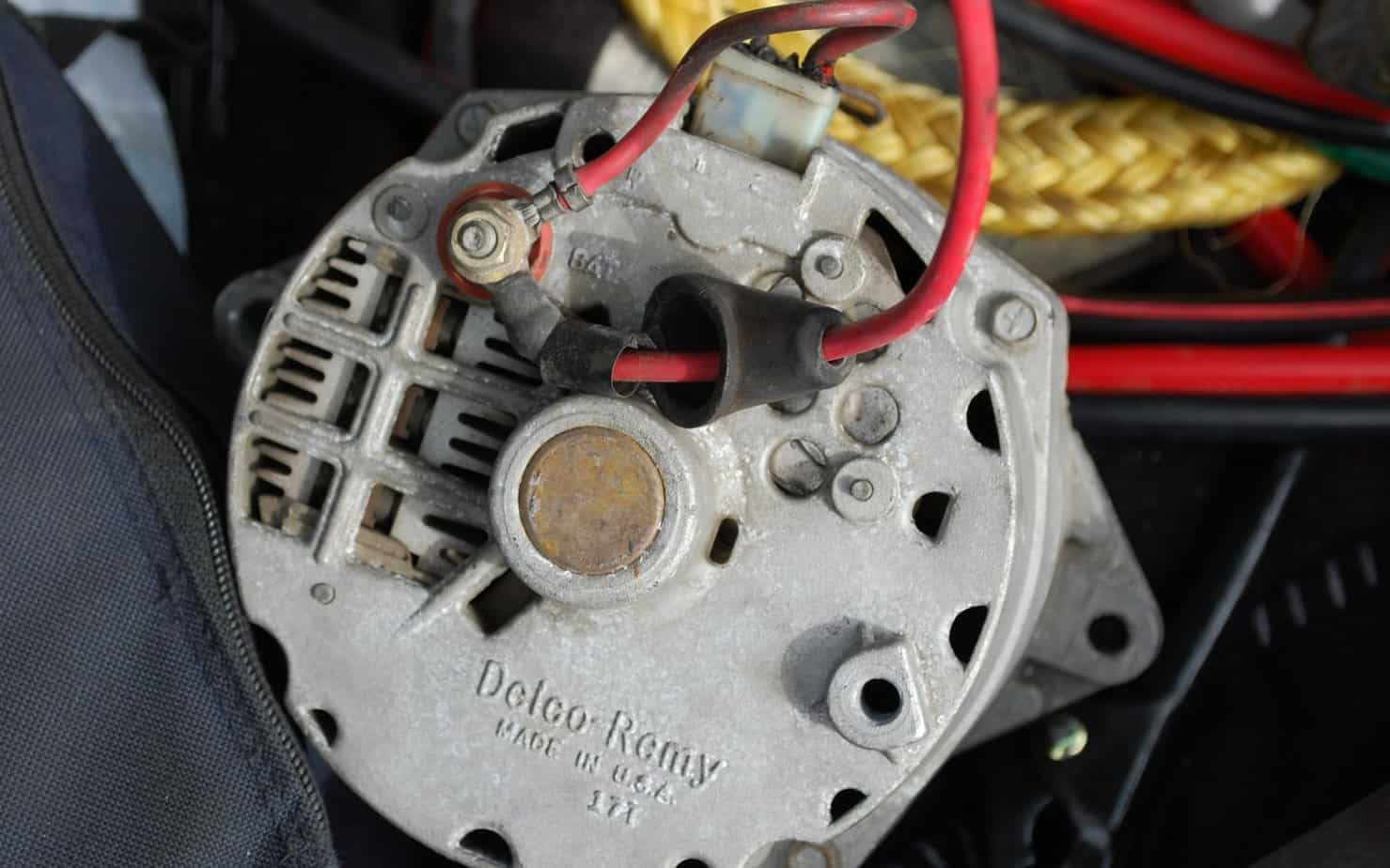 If you drive a Honda, it’s common to blame the engine or battery when things go awry if you’re unfamiliar with car maintenance and repair.

However, if you’re experiencing electrical issues, it may be because of a bad alternator. Here’s what we found!

A dead battery is one of the more severe signs of a damaged alternator.

However, Honda batteries are not designed to run the vehicle for extended periods, which could lead to the battery running out of power.

In other words, even if the battery wasn’t the problem, a faulty alternator might cause your Honda’s battery to die.

2. Battery Warning Light On Your Dashboard

The battery charge warning light is one of the more noticeable signs of a damaged alternator in a Honda vehicle.

In general, the warning lights on your dashboard can let you know if your Honda is having any problems.

Additionally, the warning light shaped like a car battery, known as the battery charge warning sign, lights up because computer sensors have concluded that the alternator cannot supply enough power to charge the battery.

Therefore, this suggests a damaged alternator that needs to be fixed.

Aside from the warning light, dim external lights are one of the most prevalent signs of alternator failure in a Honda.

Generally, the alternator often supplies the energy required to run the headlights and taillights on your car.

Although it’s not always the case, if the headlights or taillights are dim or flickering, the alternator may be having difficulties giving the lights the energy needed to illuminate them.

As a result, the battery’s stored voltage decreases, and the Honda’s lights will start to fade or blink.

4. Noises From The Engine Bay

Occasionally, you may hear growling or whining sounds before the alternator breaks down.

However, if the pulley is out of alignment with the belt, is canted on the shaft, or the bearings and bushings are worn out, a growling or whining sound will notify you of a problem.

Therefore, if you hear these noises coming from your Honda, your alternator may be failing. 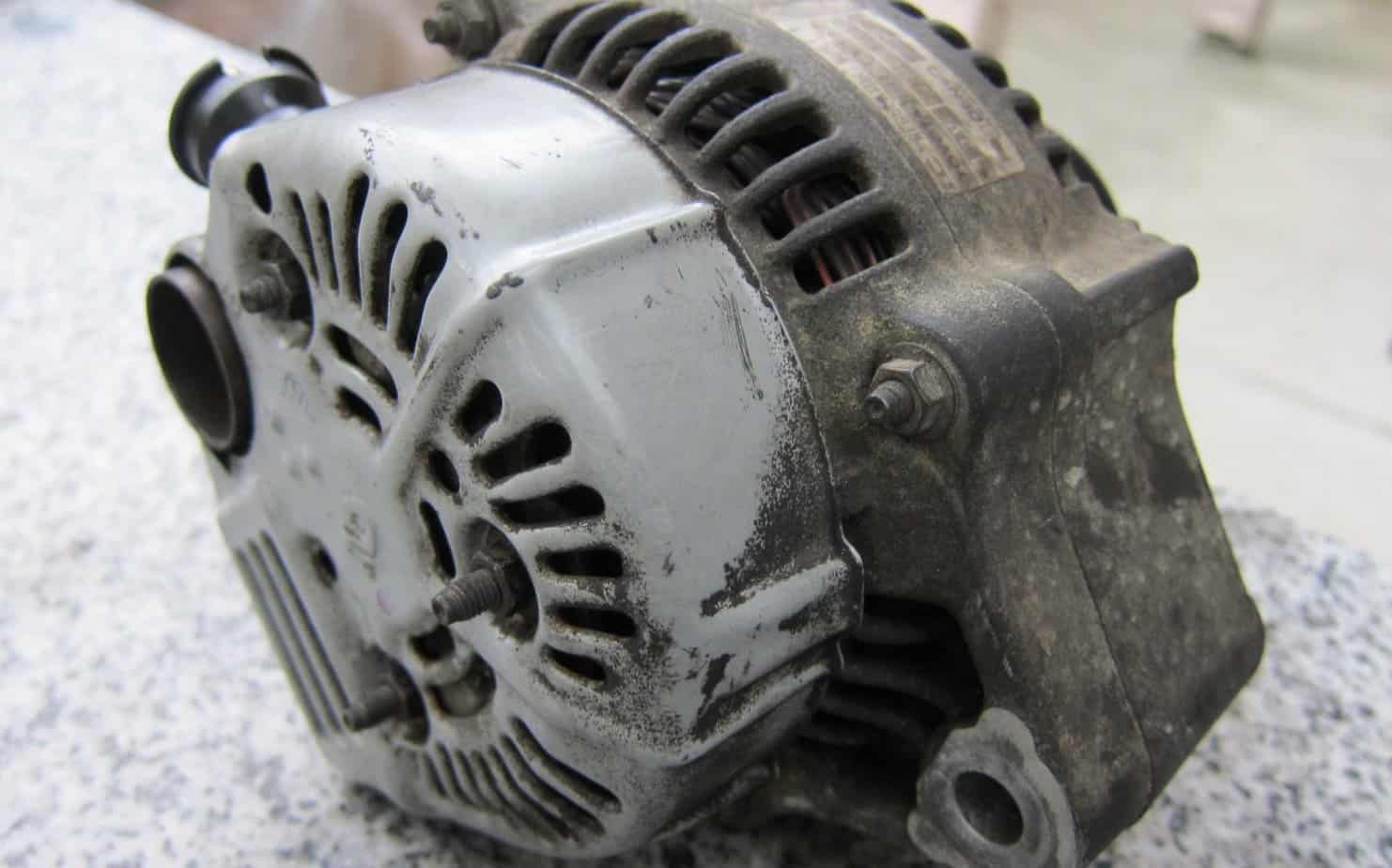 Aside from noises from the engine, a burning smell from the alternator may also be a serious warning indication.

Therefore, these could be a sign of a faulty alternator on your Honda.

Aside from unusual noises and smells, your alternator is the most common cause of electrical problems. Until your electronics fail, you might not even be aware that your Honda is utilizing less power.

For instance, Honda vehicles often come with power windows; if yours aren’t functioning, the alternator may be the blame.

However, the same may be said for the other electrical components of your Honda, such as the charging ports.

You can therefore identify the alternator as the root of these problems.

In addition, damage to the alternator belt could indicate issues with your Honda’s alternator.

Generally, when your car experiences the typical alternator issues, the mechanic may occasionally inspect the vehicle and find that the belt is either missing, hanging off the engine, or flapping about the engine compartment.

As a result, the alternator could become overheated to the point where the alternator belt is harmed, which could have a significant impact on many other Honda components.

Aside from my points above, your alternator may be the reason why your air conditioning isn’t working.

In other words, your battery will have enough charge to power all your Honda’s electrical components if the alternator is in good condition.

However, the air conditioner could malfunction or work intermittently if the alternator isn’t functioning appropriately.

Therefore, the alternator may be to blame if your air conditioner is malfunctioning.

9. Car Stalling Or Not Starting

In addition to my points above, your Honda may also have a bad alternator if it frequently stalls or won’t start.

For instance, the battery won’t be able to supply enough energy to start your car’s ignition if the alternator is unable to provide electricity to it.

Additionally, the alternator may not provide the spark plugs with enough power to keep the engine going, which causes the engine to stall.

Read More:  Why Is My Coolant Reservoir Overflowing? (5 Reasons Why)

Therefore, these issues could point to a malfunctioning alternator in your Honda.

Look out for a few warning signs when you think the alternator may be failing, such as a dashboard warning light and strange sounds or odors.

Furthermore, your car’s ignition system and engine might suffer significant damage from a bad alternator.

Additionally, It is essential to have the alternator inspected at a reputable Honda service facility to address any issues.