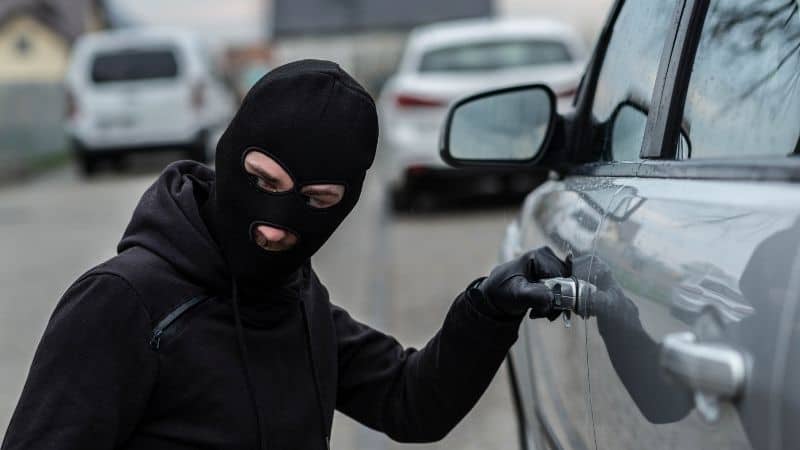 Car alarms are considered to be the quintessential car security system. However, there are also many reports of thieves getting through them, which can be worrisome for car owners.

Whether or not thieves can get around car alarms is a bit more complicated than it might appear. It depends on a variety of different factors. For everything you need to know, keep reading.

Thieves can disable some car alarms, though it depends on the type of car alarm and the thief’s skill level. Car alarms have been around for a very long time, meaning thieves have learned many methods to get around them. For instance, some car alarms can be disabled by unplugging the battery, which is quite easy and straightforward.

If you’d like to learn more about how a car alarm can be hacked, how people break into cars without setting off the alarm and more, keep reading this article for useful facts and tips!

Can a Car Alarm System be Hacked?

Usually, you don’t need to worry about your car alarm system being hacked. Not all car alarms can be hacked, and there are often plenty of other ways to get around them that are much easier.

With that said, some “smart alarms” are prone to hacking that can potentially give a thief access to all sorts of functions, including your door locks and engine. In some cases, the hacker may even be able to control the engine directly, cutting it off if they desire.

If done correctly, the hacker could even track the car on their smartphone.

Read More:  How Do I Set Off A Car Alarm? (Different Methods + FAQs)

The security systems that were affected by this hack come from the two largest smart alarm makers in the world, supplying alarms to as many as 3 million customers, which can cost thousands of dollars.

Anything electronic can technically be hacked, and car alarms systems are no different. While smart car alarms may have more high-tech features, their use of computer systems allows them to be hacked without further security measures.

Because these alarms tend to be rather basic systems, they are quite easy to tamper with if the thief has the proper know-how.

Fortunately, companies are constantly upgrading their alarms to prevent this from happening. To prevent hacks altogether, it’s essential that companies stay in front of hackers.

How Do People Break into a Car Without Setting off the Alarm? 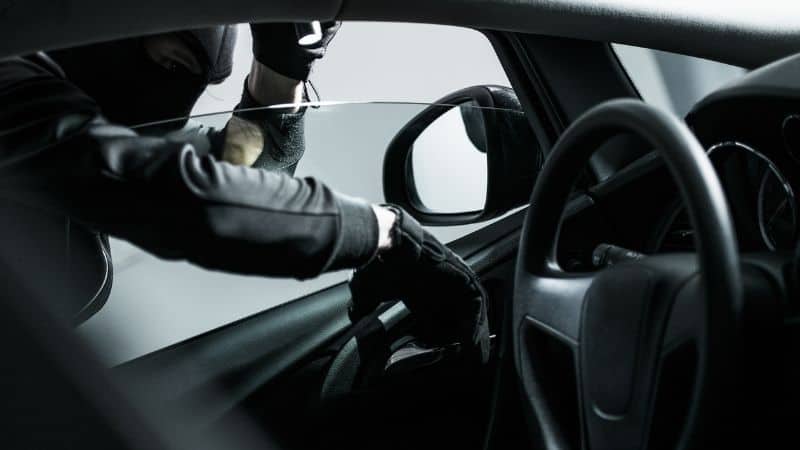 There are several ways a thief can get around a car alarm depending on the type of vehicle. Each car will have a slightly different system, so thieves may need to adjust their method accordingly.

First, car alarms run off of the battery, so if it’s unplugged, then the alarm won’t have any power to use (note that accessing the battery and unplugging it is pretty easy for most thieves).

With that said, car alarm companies have figured out this common method, so they now create car alarms with backup batteries. If the main battery is unplugged, these car alarms will continue to function for some time. However, not all alarms have these backups.

Secondly, if you have a wireless remote, then thieves may be able to copy the signal and unlock your car. However, this requires advanced equipment that is typically not utilized by common thieves.

Thirdly, many thieves can get into cars with a screwdriver. All you have to do is locate the locking mechanism with the screwdriver and then inactivate it as you open the door from the outside.

In this way, thieves can make the car think that you unlocked it, which prevents the alarm from sounding.

Furthermore, it’s quite easy for those with keyless entry to accidentally leave their car unlocked. The button can be accidentally pressed easily when inside a pocket, unlocking the door and leaving the vehicle vulnerable.

How Do You Prevent Someone from Hacking Your Car?

One of the easiest ways that thieves disable more advanced security systems is to hack your car. As previously stated, most cars don’t have very stringent protective software. Therefore, they are quite easy to hack.

Fortunately, companies are constantly upgrading their software to prevent common hacks. However, you have to stay in contact with the company to ensure that you get the proper updates and recalls. Otherwise, you won’t benefit from the updates.

Be sure you only download fixes directly from the manufacturer, as third-party software may actually be a virus that makes hacking easier.

You should also store your key fob in a metal box or obtain a holder that is specifically designed to prevent hacking.

Many hackers “steal” the signal from your key fob to unlock your car and potentially drive off with it, so you shouldn’t leave the Bluetooth on in your car, as hackers can connect to it.

Why Do Thieves Break Car Windows? 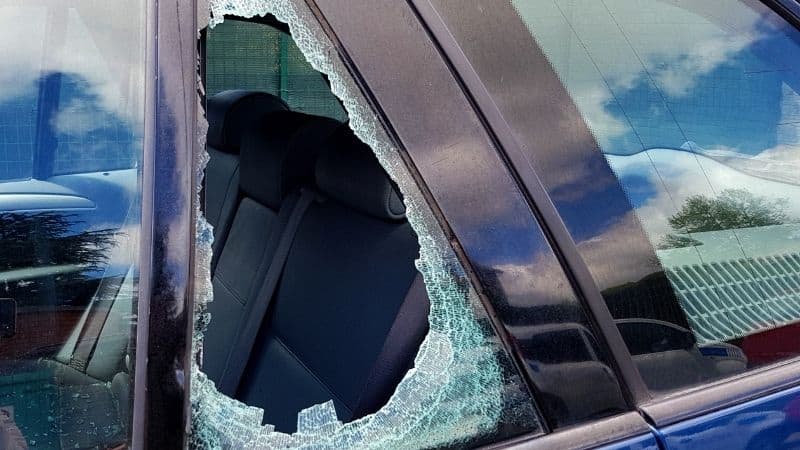 Thieves often break windows because they’re not usually hooked up to the car’s alarm system. Therefore, breaking the window does not set off the car alarm. They can often break the window in a matter of seconds, steal what’s inside, and be gone.

In fact, breaking windows is often easier than getting into cars other ways. Therefore, many thieves choose just to break windows when they can spot valuables inside and steal them, instead of trying to break through the door.

For this reason, you should not keep valuables in the car.

To learn more, you can also read our related posts about whether or not car alarms deter thieves, what triggers a car alarm, and what to do if the car alarm goes off when unlocking with key.

Many car alarms are not difficult to disarm, as they’re not created with serious hacking in mind, especially in our technological world. Therefore, it often isn’t difficult for thieves to get around them.

However, there are ways to prevent hacking, such as storing your key fob appropriately. Installing a more advanced security system is also helpful, especially one that can detect windows breaking.