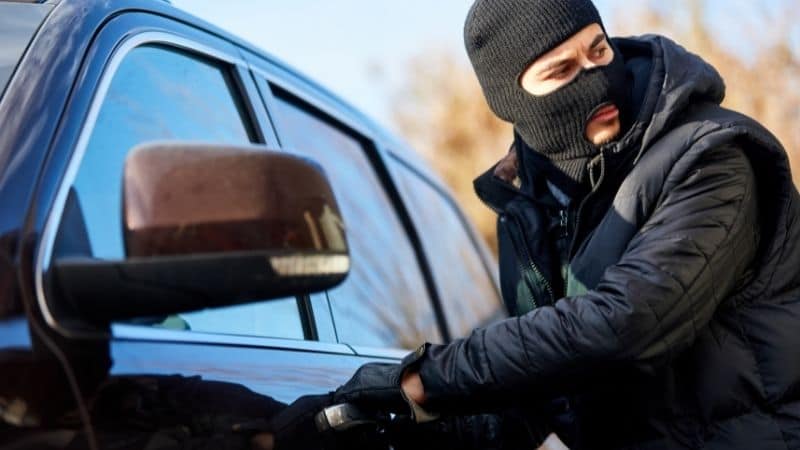 Today, most cars come with alarms of some sort. These systems have become quite complicated over the years, as after all, drivers want to protect their vehicle.

However, with all this advancement, you do well to ask- how well do car alarms actually deter thieves? If you’d like to find out, keep reading this article to see what I discovered!

Usually, car alarms are not enough to deter thieves. Because car alarms have been around for a while, thieves have developed quite a few methods for getting past them. Some thieves may bypass systems with more advanced sensors, but basic systems are not usually much of an issue for most experienced thieves.

If you’d like more information on the best alarms for car thieves and other deterrent methods, keep reading for useful facts and tips!

What is the Best Deterrent for Car Thieves?

Car alarms are a great option for car thieves, as original car alarms can break or go out of date, which may make them not work when the time comes.

While you could install a GPS device, it will only be useful after your car is stolen. You’ll be able to determine where the car is, but it won’t necessarily keep the thief from stealing it, to begin with, and your car may be damaged after you recover it.

However, steering wheel locks are easy to put on and take off. This lock works by fitting over your steering wheel and making it unable to move. Plus, these locks are very obviously visible, so they may deter car thieves.

You’ll want to look for a solid, tough steering wheel lock. The tougher it looks, the less likely thieves are to mess with it.

As well, tire and rim locks are also possible, which are similar to the boots law enforcement put on cars. This locks directly onto the wheel, which prevents them from moving. However, these are a bit difficult to use and not nearly as helpful as steering wheel locks.

Kill switches can be added to cars, as they prevent hot wiring, which allows thieves to operate the car without a key. However, installing these can be a bit difficult, so you may need the assistance of a professional.

They also prevent the use of a key completely, so you’ll need to use a remote or button to start the car.

None of these options are necessarily “the best” deterrent. Rather, their effect mostly depends on your specific situation. In some cases, you’ll probably only need a car alarm.

However, if you have a particularly fancy car or one with sentimental value, you’ll want to protect it more with one of these other options.

How Do Thieves Bypass Car Alarms? 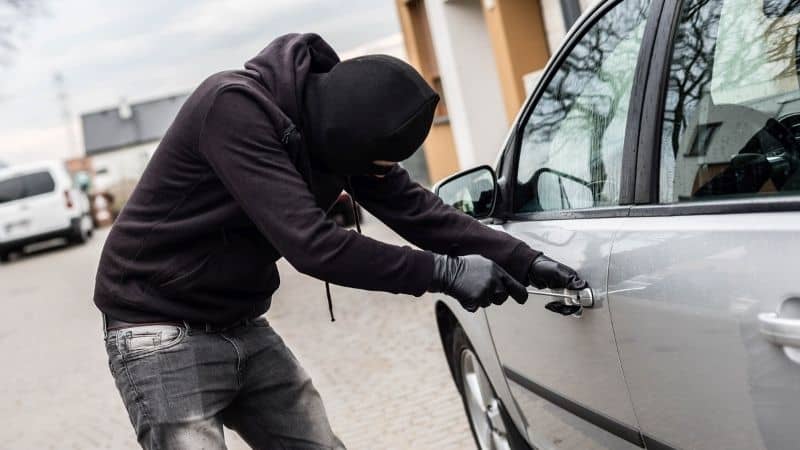 Thieves can get around car alarms very easily in many cases. Most of the time, thieves bypass the alarm by cutting off the battery, which powers the alarm.

Of course, there are several other ways a thief may bypass the alarm, though they are less common. For example, they can try cloning key fobs. When you use a key fob away from your car, someone can potentially clone the signal. However, it takes quite a bit of technological know-how.

Similarly, thieves can block your key fob’s signal, preventing you from locking your car. This method is referred to as “jamming,” and while this may seem to need fancy tools, it’s actually quite easy. Without your car being actively locked, the alarm won’t be triggered.

Rarely, thieves may take over a car’s navigation system and literally drive them away. This is rare, as the skills to do so are uncommon. However, it’s likely that problems like this may occur more often in the future.

How Can I Protect My Car from Thieves?

There are several things you can do to prevent potential thieves from stealing your car. First, you should keep your car locked at all times, as none of the security functions will work if the car isn’t locked.

Don’t leave valuable things in your car, as they may encourage your car to be broken into. Potential thieves may go after your valuables, even if they don’t steal your car.

Install anti-theft systems in your car if they do not come with one. If the thief knows that cars can be easily recovered, then they may not be as prone to stealing them.

Etch your car’s VIN number on all the windows. A thief doesn’t want to have to change all the glass in the windows, but wants a cheap and easy target.

How Far Away Do Car Alarms Work? 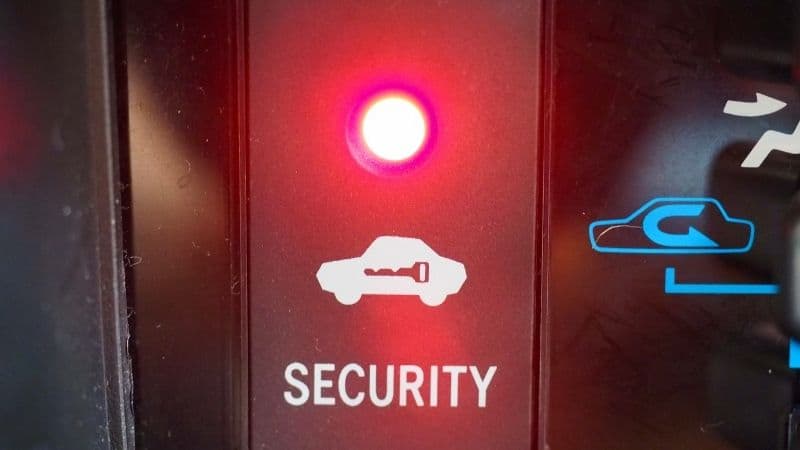 Generally, there isn’t a set distance that the signal can travel.  However, there is going to be a maximum, which varies from remote to remote.

In some cases, some remotes only work from 10 feet away. However, others work as far as 150 yards away-it simply depends on the particular remote, so you’ll need to check the remote’s particular guidelines to figure out the exact specifications.

What Triggers a Car Alarm to Go Off?

Modern car alarm systems are quite complicated and consist of many different parts, including sensors and a computer control unit.

The computer control unit is literally a small computer that controls the whole system, determining when to set off and activate the necessary alarms.

The most common sensor is the door alarm, as whenever a door is open when the alarm is activated, the alarm will sound. Usually, a thief will utilize the regular door switches for this purpose.

Furthermore, most systems also have shock sensors. This system turns on the alarm if the car is jostled or otherwise moves dramatically. However, the intensity of motion does matter, so it won’t simply turn on if someone bumps into the car.

Sometimes, the car may only send a warning sound, or the car may sound a full alarm, depending on the severity of the bump.

Some cars have systems that can determine when a window is broken. For instance, they may do this with a microphone that detects the specific sound frequency of glass breaking.

Next, it sends the frequency to the control system, which will determine whether or not to set off the alarm.

Pressure sensors can also help determine if a car window has been broken, as well as if a door has been open. Typically, these signals detect if there is a change in air pressure.

In fact, many cars use the actual loudspeaker to detect pressure differences, so many cars just double the speakers as sensors.

To find out more, you can also see our related posts on whether or not car alarm drains a battery, how much is a car alarm, and how to reset a Toyota car alarm.

It’s highly recommended to invest in an advanced deterrent system for your car, as basic alarm systems do not always deter thieves. Therefore, you often need to have advanced systems in place to prevent theft. However, that doesn’t mean that you don’t need an alarm system, as something is better than nothing in many cases.