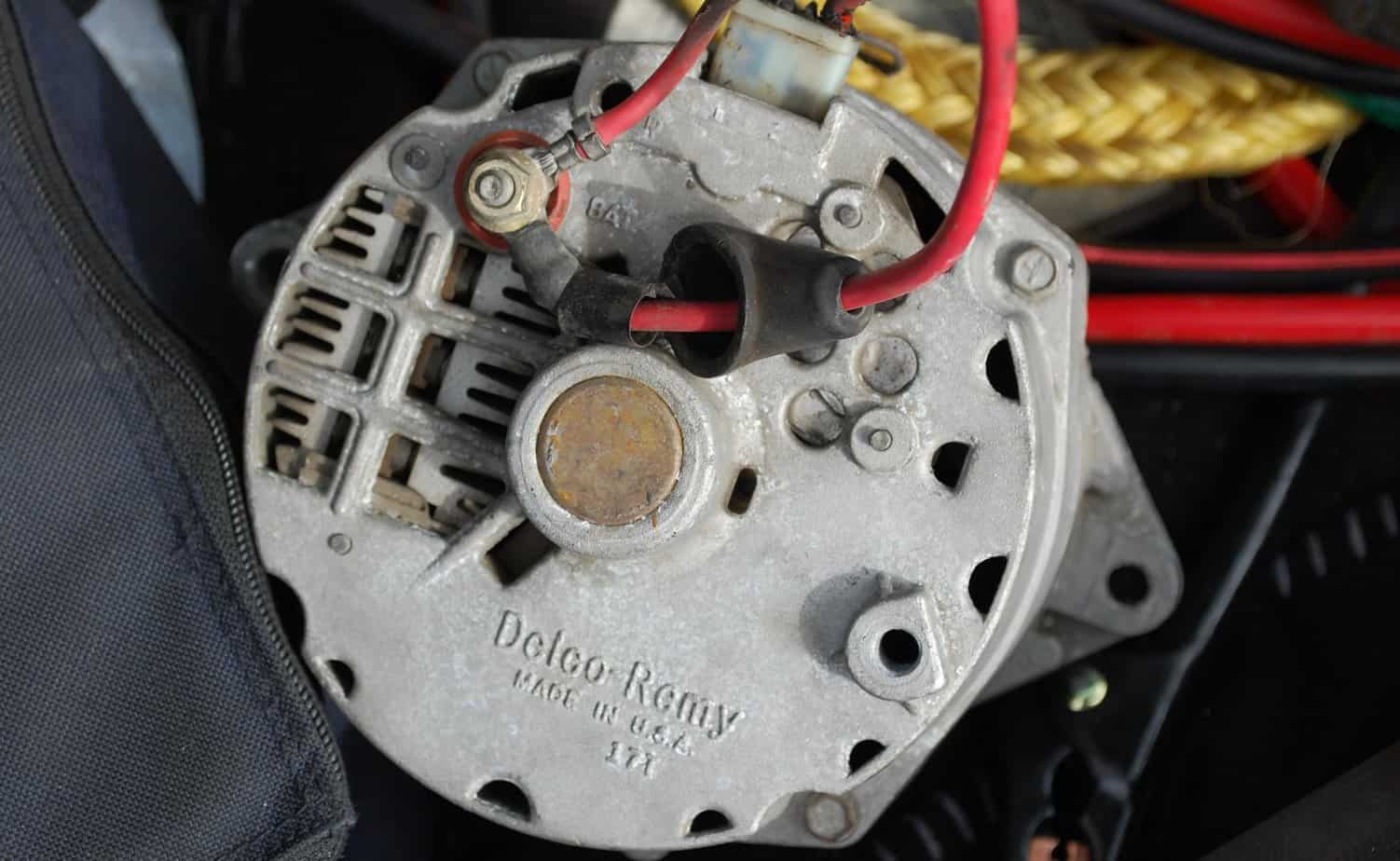 If you’re well-versed in automobile maintenance, you’ll probably be able to tell if your alternator is giving your automobile problems.

However, the alternator has a part known as the diode that can be causing problems. Here’s what I found!

One sign of bad alternator diodes would be a failing alternator.

Generally, alternators have diodes, which convert the alternator’s AC power to the DC power needed to charge the battery and power the vehicle’s electrical accessories.

However, when the diodes become shorted, the power doesn’t get converted appropriately, which means that the battery and other electronics won’t receive power.

As a result, the alternator won’t be able to work, and this will affect the rest of your car as well.

Aside from my point above, associated warning lights can point to an alternator and bearings issue.

Normally, your dashboard’s warning lights will alert you of any issues with your car.

Moreover, the light may display “GEN,” “ALT,” or a battery symbol to indicate alternator troubles, depending on your car’s make and model.

In addition, inconsistent headlight brightness may also be a sign of bad alternator diodes.

Generally, the alternator provides the electric power that’s needed for your car’s electrical components to run.

As such, if your car’s alternator has bad diodes, this can result in inconsistent electric charge reaching these accessories, which include your headlights.

Read More:  Why Won't My Key Come Out Of The Ignition? (11 Reasons Why)

For instance, your headlights may become dimmer when you’re accelerating, but then they’ll regain brightness once you slow down.

Therefore, this may be a sign of malfunctioning alternator diodes.

Another symptom of a bad alternator diode is that the electronic components of your car won’t work.

Usually, this will happen if the alternator diodes aren’t effectively converting the electrical current.

As a result, the alternator will therefore produce more heat, which would then prevent the headlights and the air conditioning system from working.

Additionally, you might notice that the instrument panel lights and power windows aren’t working.

Therefore, these things may indicate that you have a problem with the alternator diodes. 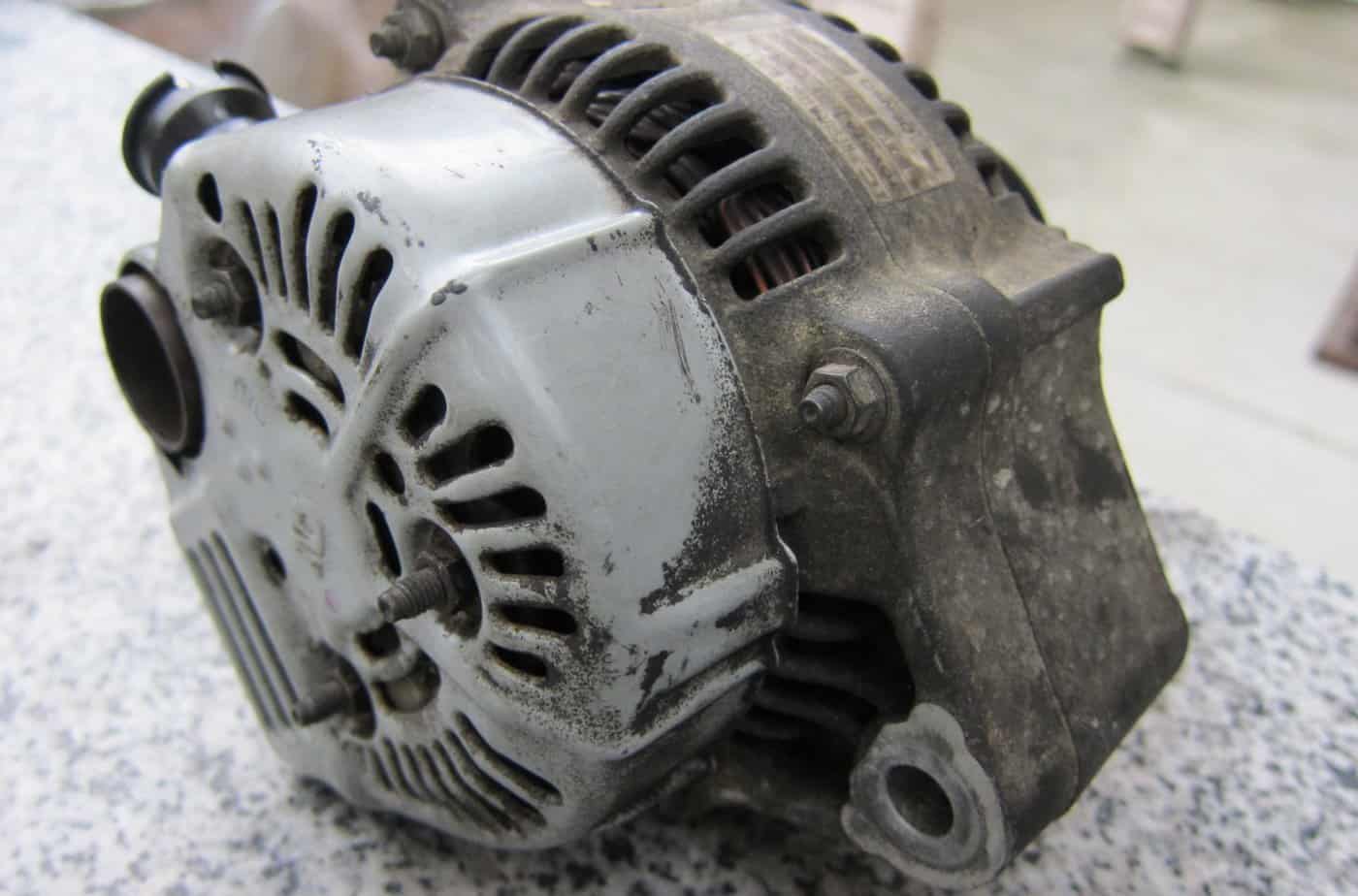 In addition to what I’ve mentioned above, burning odors may indicate bad alternator diodes.

For instance, if it smells like burnt wires, the alternator’s diodes are probably to blame for the alternator overheating or burning.

Additionally, the alternator belt might have ruptured as a result of the extreme heat generated by the alternator diodes if it smells like burnt rubber.

Thus, determining the cause of any burning smells coming from your car is best done as soon as you notice them.

6. Noises Coming From The Alternator

Furthermore, strange noises may be an indicator of alternator diode failure in addition to burning smells.

Generally, the diodes only convert enough electrical power according to how much your car’s accessories need.

Therefore, when an alternator diode fails, it makes a whining or whistling noise because more power must be converted.

Additionally, the sound will be worse the more defective diodes there are.

To confirm this, you can rev the engine and listen for changes in the whining’s volume.

Therefore, these noises can be a sign of alternator diode issues.

Although unusual, stereo interference may also be a symptom of bad alternator diodes.

In this scenario, the charging current has a greater wave when an alternator diode fails.

Because of this, the alternator’s capacity to transmit charging current to the battery is reduced, which then results in degrading the system.

As such, you will have a weak battery and other minor issues if enough diodes fail.

However, it should only generate audible noise and not harm the radio.

Nevertheless, a damaged alternator may be dangerous and should be addressed right away.

Additionally, a drained battery could be a sign of faulty alternator diodes.

In this case, when the alternator malfunctions owing to bad diodes, the battery steps in to start the car.

Ultimately, this could result in the battery running out of juice, as batteries aren’t made to run your automobile for long periods.

In other words, your car’s battery could fail even if it wasn’t the original issue due to faulty alternator diodes.

Aside from a dead battery, if your car frequently stalls or won’t start, the alternator diodes may be broken.

In this case, the battery might only be able to produce enough power to turn on the ignition, not the engine, which would prevent the car from starting.

The alternator may also fail to supply the spark plugs with enough power to keep the engine going, which could potentially cause the engine to stall.

Because of this, the alternator diodes in your car can be broken and resulting in these issues.

When you suspect the alternator diodes are faulty, there are a few indicators to watch out for, including a dashboard warning light and odd sounds or odors.

A faulty alternator bearing may also cause considerable harm to the alternator, which could then affect the ignition system.

As a result, it’s important to have the alternator and its components examined by a mechanic to address any concerns.