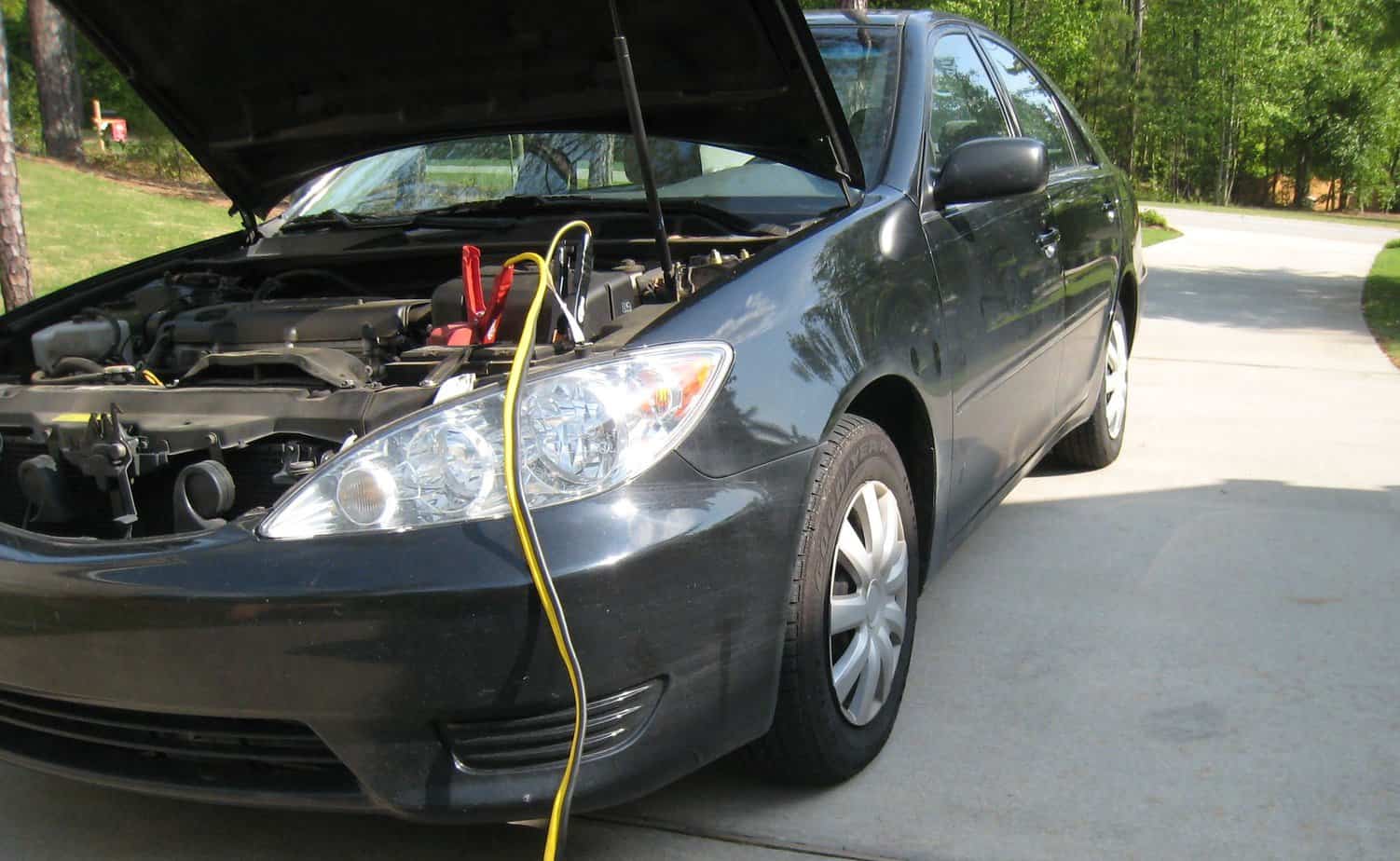 Nothing is more aggravating than a car that refuses to start. Maybe you’re late for work, and your vehicle won’t start with a jump to make things worse.

But why won’t your car jump start? Let’s have a look and discover all the possibilities why!

Why Won’t My Car Jump Start?

A car won’t jump-start because of a dead battery since the battery gives power to your vehicle. Another reason could be your ignition switch is already damaged; that’s why you’re having trouble starting your car and even jump-starting. In addition, a bad starter and empty gasoline tank can all count as reasons your car won’t jump-start.

So, want to know more about why your car won’t jump-start? Here are nine reasons. Read on!

A failing battery is the most typical cause of your car’s inability to jump-start.

Of course, the battery is the heart of your vehicle, supplying electricity to every component and ensuring that it runs smoothly.

However, jump-starting the battery is impossible due to an internal short circuit or faulty cell. In that situation, a newer battery is the best solution.

Naturally, car batteries do not last indefinitely, so consider replacing your car batteries every three years or so, to avoid this kind of circumstance.

A car battery can’t possibly supply all of a car’s electrical requirements. So the alternator restores electrical energy to the battery lost when your vehicle starts.

Further, when the motor works, an alternator also provides an electrical charge to the car’s electrical connections.

Of course, a defective alternator will cause a battery that is entirely depleted or undercharged, lowering starting and capacity power.

As a result, if your battery is frequently undercharged due to a weak or malfunctioning alternator, it is more susceptible to discharge excessively, resulting in sulfation.

All cars, whatever the engine type, have fuel or gasoline filters that purify the fuel before reaching the engine.

Naturally, this procedure exposes filters to debris build-up, leading to clogged gasoline filters. As a result, gasoline will be unable to reach the engine, causing it to fail.

Therefore, to keep your fuel filter clean and efficient, replace it regularly.

A weak start may be the most prominent issue. But, of course, a starter, as the name implies, aids with the start-up of your vehicle.

Additionally, the starter receives the necessary electricity to start your engine if your battery functions correctly.

In this case, a clicking sound as you turn the keys in the ignition is a common symptom of a broken starter.

The ignition switch is one of many vehicles’ most critical electronic components; it’s typically located behind the ignition lock valve on the steering column.

Of course, these two components work together to start and energize your vehicle.

So if your battery is good, but your car won’t start after several attempts, you may have a faulty ignition switch.

With that, if they are switched on but the engine does not even jump-starting, the main issue could be a malfunctioning ignition switch.

It’s not a good idea to drive your car with an empty gas tank since there’s no way to grease the gas pump, which uses fuel.

In addition, the engine may draw air into the gas pump and the rest of the fuel leftovers.

Naturally, this air may hinder the engine from starting again because it skews the critical air-fuel combination for combustion.

As a result, keeping your gas tank at least a quarter full can help you avoid difficult circumstances such as starting and jump-starting your car.

If your vehicle is modern, it may be too clever for its advantage. For example, many automobiles are equipped with anti-theft or anti-dangerous operation features.

Further, your security system stops you from igniting your vehicle because a sensor is damaged or your car has been broken into.

However, it’s possible you don’t have a remote starting device for your vehicle, the wrong device, or you need to enter a security code.

If this is the case, a professional mechanic should be able to reset your car and get you back to business in no time.

Your car’s failure to jump-start could be due to the damaged spark plug; a spark plug ignites the fuel in the engine with a controlled spark.

Of course, replacing a spark plug is simple, but determining the source of the problem can be complex.

In addition, your car will not be able to operate without it. So, if your lighting and radio work, but the vehicle sputters or refuses to start, you may have a faulty spark plug.

A malfunctioning ignition coil, like a damaged spark plug, prevents sparks from hitting the cylinders, preventing your engine from starting.

Further, an ignition coil is an amplifier that converts the 12 volts given by the battery into the thousands of volts required to keep an internal combustion engine running.

Additionally, a single coil is frequently connected to the distributor via a single spark plug wire on older autos because there is only one coil; replacing it is relatively simple.

However, different coil packs on each cylinder are more common in modern cars, making detecting the defective coil a bit more complicated.

Overall, a car won’t jump-start primarily because of a dead battery that supplies electricity to the whole vehicle’s electric connection.