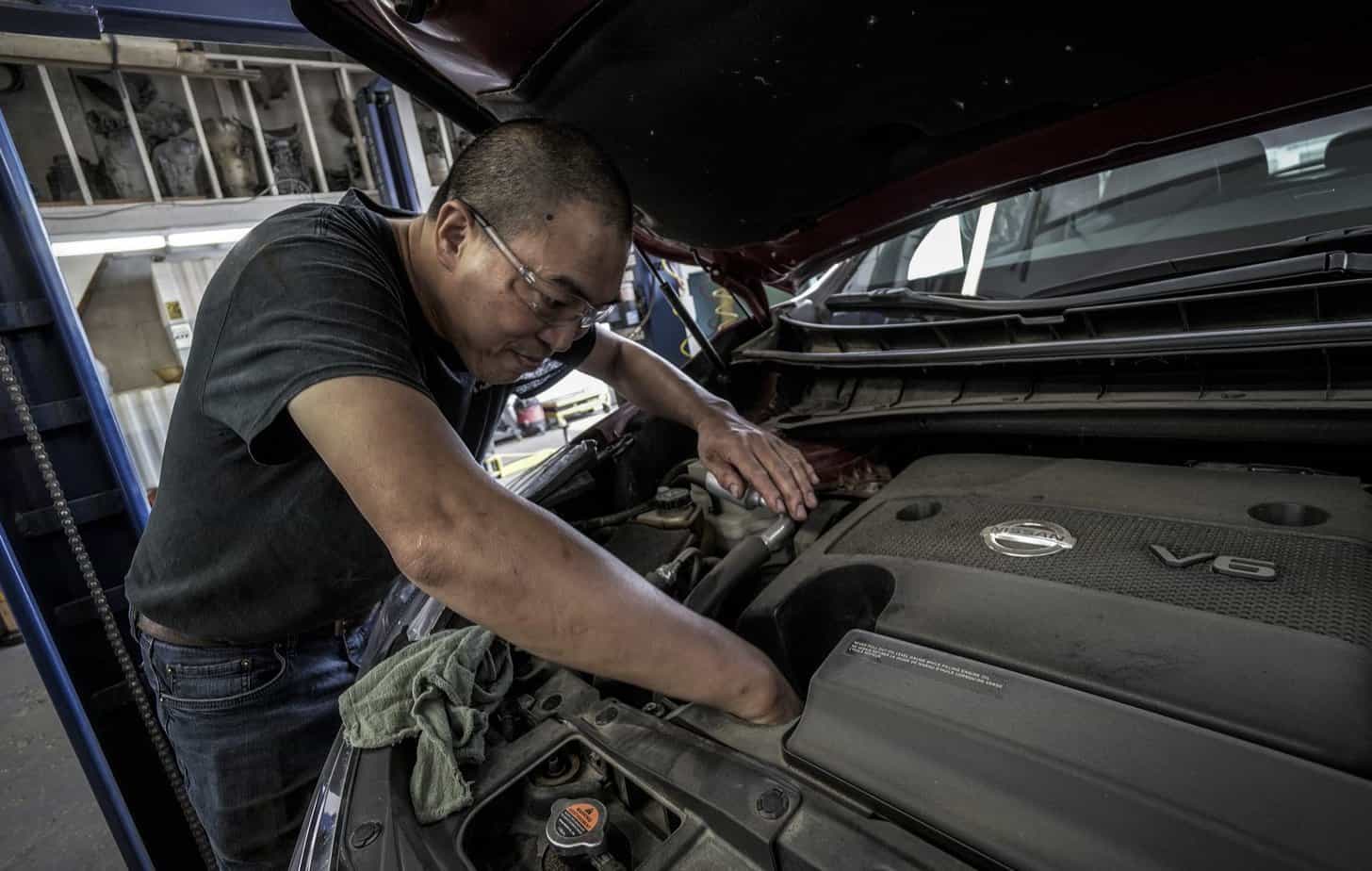 With most cars, you can expect a relatively quiet drive, so hearing any unusual noises from your car can be alarming. One of the strange sounds that your car can make is a rattling noise.

You may be wondering why your car is rattling. I did the research, and here is what I discovered!

Why Is My Car Rattling?

Usually, your car is rattling due to an engine issue, which could be a minor problem like lacking engine oil. However, larger problems could also be the cause, such as a failing catalytic converter or engine knock. Additionally, loose parts in the engine, like pieces of a mounting bracket, can shake around your engine to make rattling noises.

Are you interested in learning about what other things are making rattling noises in your car? I compiled a list of reasons below, so read on!

One of the most common reasons why your car would be rattling is that you do not have enough engine oil.

Engine oil is crucial because engine oil lubricates, cools, and reduces friction in the engine.

When you have little to no engine oil in your car, the moving parts within your engine will be dry and create friction.

As such, the rattling noise will normally go away once you top off your car with more engine oil.

Another possible reason your car creates a rattling sound is that you have a damaged mounting bracket.

Typically, mounting brackets are meant to support accessories, such as attaching the car engine to the car’s frame.

When one of your mounting brackets break, whatever accessory the bracket is holding will shake or vibrate, which will cause a rattling sound.

Additionally, any part of your mounting bracket can be the cause of the rattling, such as the bolts or nuts.

Every car that runs on fuel will rely on a serpentine belt that drives various devices, such as the alternator and the water pump.

Typically, serpentine belts are made out of reinforced rubber, which can wear out or break over time.

If the serpentine is loose, the engine will start rattling, and you run the risk of your car overheating because the water pump would not be working.

A flexplate, which may also be called a flex-shock device, is usually in automatic transmission cars.

Typically, the flexplate is in charge of connecting the torque converter to the crankshaft.

If the flexplate breaks, the torque converter and crankshaft’s connection would get compromised. 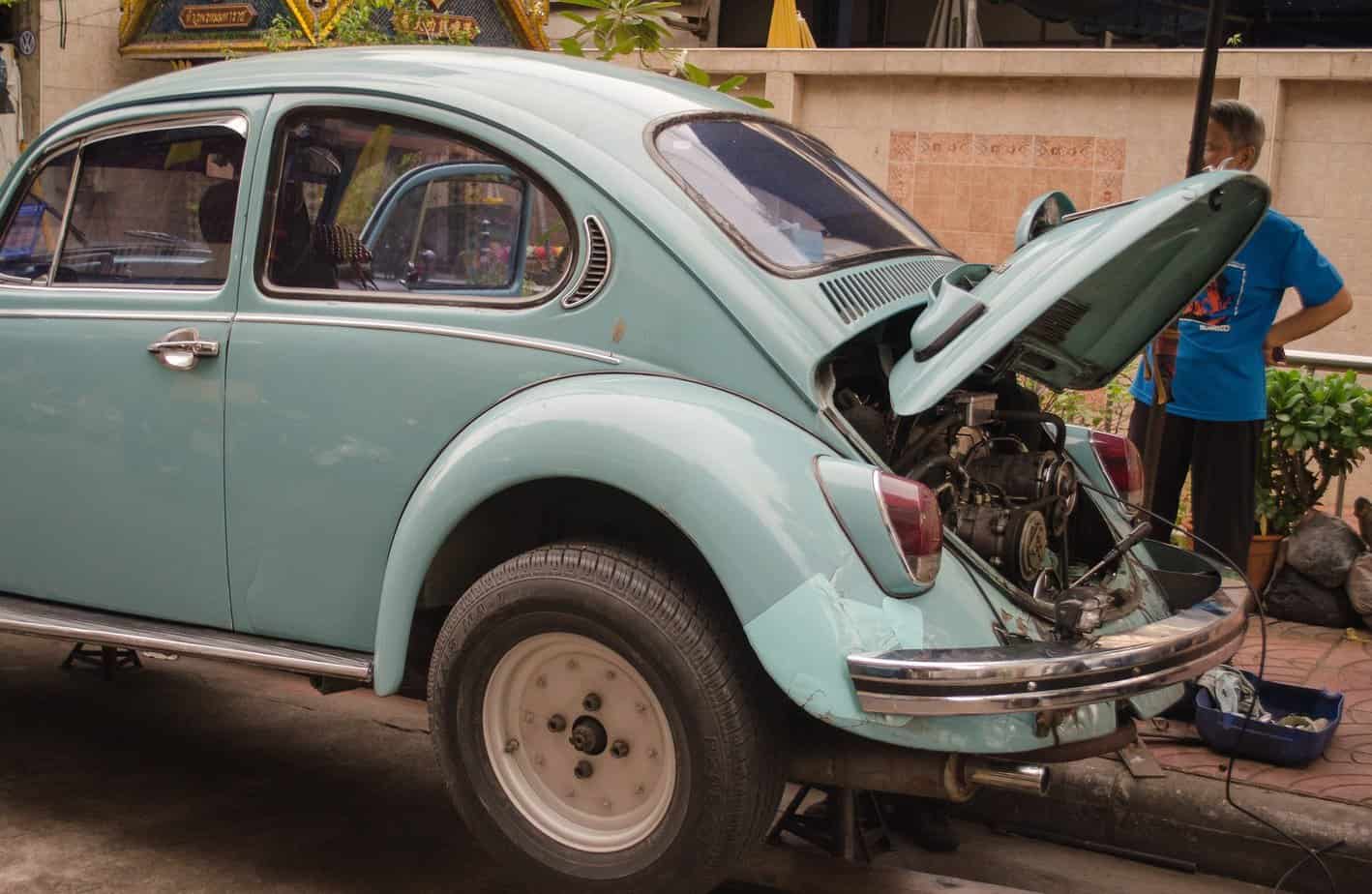 Similar to a serpentine belt, a bad-timing belt can make your car rattle whenever you use your car.

A timing belt harmonizes the rotation of the camshaft and crankshaft for the internal combustion system, which gas-powered cars rely on to run.

Generally, the timing belt must be under the proper tension to work efficiently.

Once the timing belt cracks or gets loose, the loose belt can make a rattling noise, and the internal combustion chamber can make noises due to the defective timing belt.

Your car has a cooling system to regulate the engine’s temperature, and a part of that system is the fan clutch.

Usually, the fan clutch is meant to engage and disengage your engine cooling fans, and the fans may be electric or mechanic, depending on your car.

Typically, the fan clutch will engage the engine’s cooling fans once the thermostat senses that the engine is hot.

If you have a bad fan clutch, it can make the fans stuck in “engaged” mode, causing the fans to stay on and make loud sounds.

When the fans have been running for a long time, the fans can start to rattle because the fans will get loose.

Your crankshaft harmonic balancer is responsible for absorbing and reducing any vibrations from the car’s engine while the crankshaft rotates.

Usually, the crankshaft harmonic balancer would be made out of metal and rubber.

When the metal or rubber on your crankshaft harmonic balancer falls off or wears out, it will cause vibrations in the engine and rattling noises.

Read More:  Why Is The Inside Of The Car So Hot? (9 Reasons Why)

Most gas-powered cars will use catalytic converters that turn dangerous emissions that the car produces into less harmful gasses.

Typically, an engine knock, which sounds like a “ping,” will happen when the ratio of fuel and air within the internal combustion chamber is not balanced.

When the air and fuel ratio is off, the fuel will unevenly burn, creating shock waves at an improper time that will make rattling sounds.

Usually, engine knock can be caused by other parts of your internal combustion system, such as a bad air filter or faulty fuel injectors.

Cars can make rattling noises for various reasons, but the most common cause is an issue with your engine.

For instance, lacking engine oil, having a failing catalytic converter, or having engine knock can lead to rattling sounds in your car.