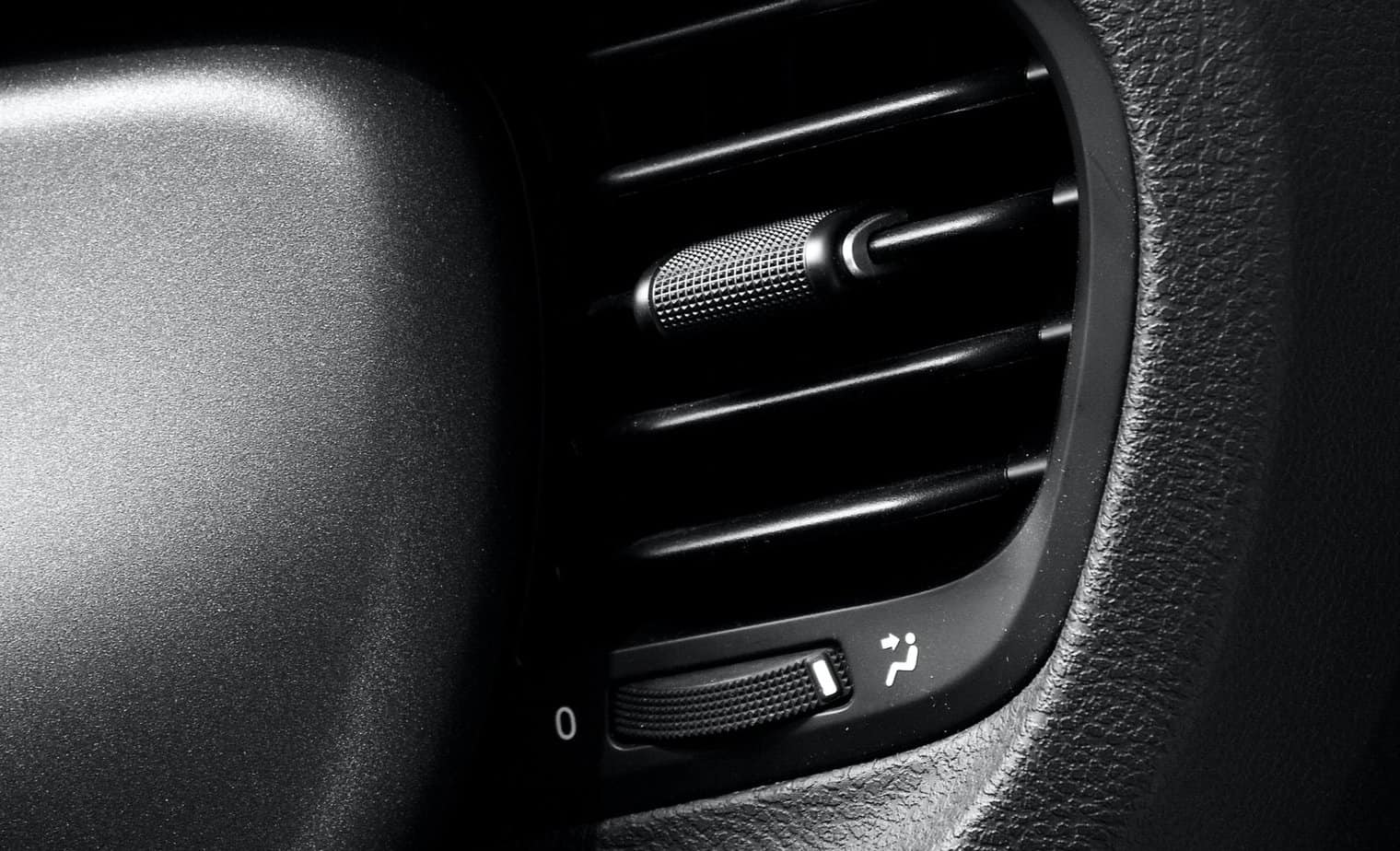 One of the conveniences of having a car is that you can control the airflow inside with the simple turn of a knob or press of a button.

However, sometimes these don’t work, and you have to deal with air only coming from one vent or inconsistent airflow. While it can be frustrating, there are ways to identify what’s happening so you can fix it. Here’s what we found!

Why Is Car Vent Selector Not Working?

Your car’s vent selector may not work because of dust or debris trapped behind the knob. Additionally, this issue may be caused by broken wires or misconnected cables. It’s also possible that problems with the battery, electrical system, or the computer could cause the vent selector to not work properly.

1. The Vent Selector Is Jammed

If you have a new car, this likely won’t be a problem since the vent selectors utilize buttons to determine which vents the air should come from.

However, on an older car, dust can build up behind the knob, causing it to get stuck and thus render the vent selector unusable.

Equally as common, the vacuum line can be disconnected from either the selector valve or the AC system.

The vacuum line connects the vent selector to the rest of the ventilation system and is responsible for cooling or heating the air and circulating it into the car.

For instance, wear and tear can happen to the hose that connects the selector valve to the ventilation system, preventing the vent selector from working.

On top of that, the hoses can come loose and may cause the vent selector not to work.

The blower motor is a fan that works alongside other parts of your car’s ventilation system to push air through the vents.

When the blower gets clogged, it may result in the air not coming in through the vents, which will affect the performance of the vent selector as well.

Additionally, the fan may break down over time due to heat exposure and wear and tear; this will require replacement by a specialist.

All in all, these things may contribute to the car vent selector not working.

It’s possible for the wiring in the AC system itself to be causing the problem.

That said, a series of wires and cables run throughout your car’s AC system to send signals to get parts to work according to your selected AC settings.

Also, this is how the vent selector is controlled.

However, if one of the wires has become frayed or broken from regular use or heat, this can cause electrical issues within the AC system.

Therefore, this may be the reason why your car’s vent selector isn’t working.

It may be that there is a refrigerant leak that is causing the vent selector to not work as it should.

Refrigerant fluid, sometimes referred to as Freon, is what the AC system uses to cool hot air that will be used for circulation inside your car.

Furthermore, the refrigerant circulates through the AC system in your car through a series of hoses and tubes.

However, a leak that occurs due to a broken or improperly connected hose can cause an insufficient amount of pressure within the system.

That said, this can cause condensation inside the system itself and affect the controls on the AC system, including that of the vent selector.

Read More:  Why Are Porsches So Expensive? (9 Reasons Why) 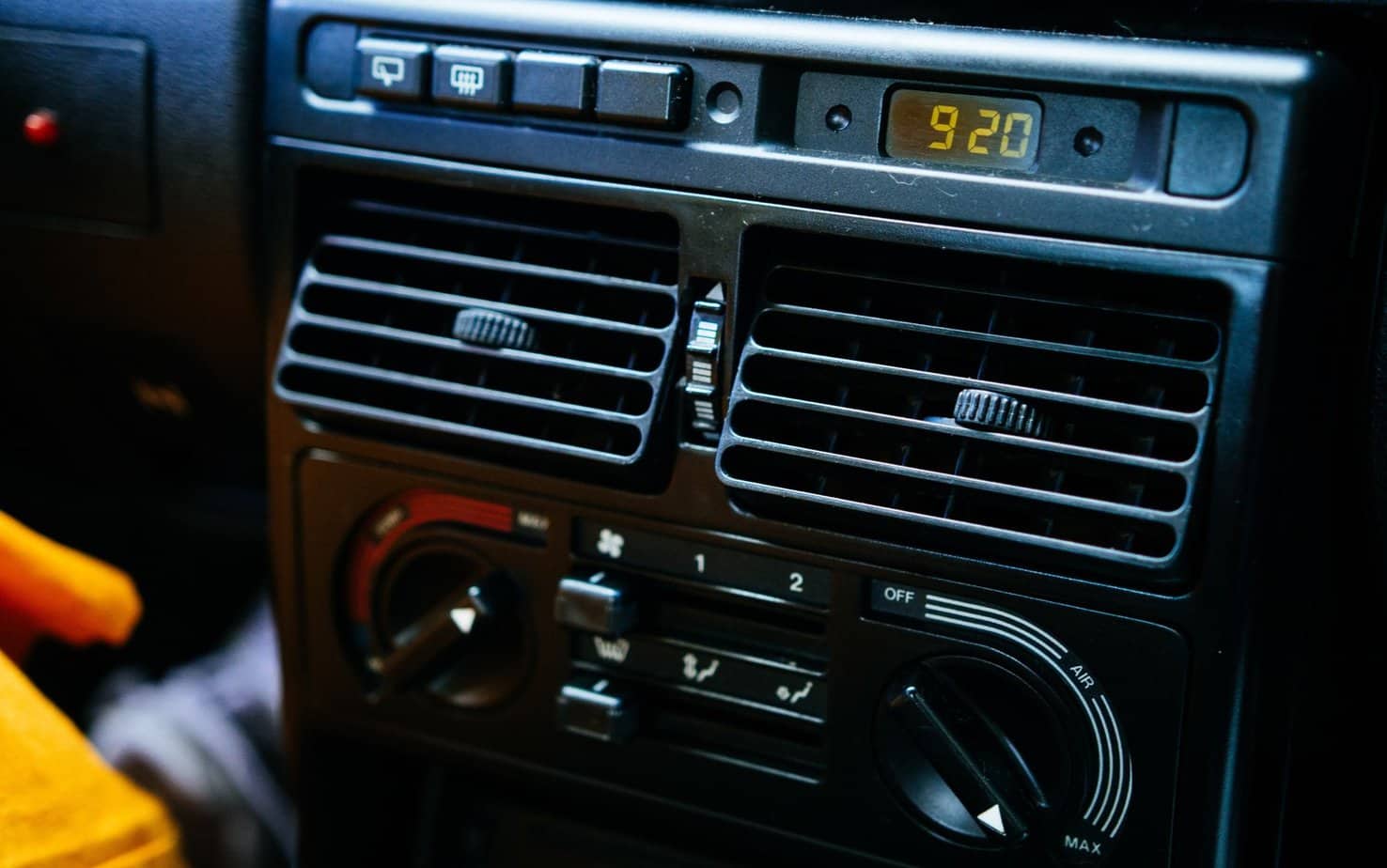 The vent selector not working may be due to a faulty mode actuator, which determines the direction of the airflow in your car.

In other words, the air should blast out of the right vents you choose and not any other vent in the car.

If this isn’t what’s happening, then it’s likely that the mode actuator needs to be looked at for repair or potential replacement.

Aside from the mode actuator, another place to look at for vent selector issues is the blend door actuator.

The blend door actuator is a part of your car regulating its climate control system.

Additionally, when you move the dial to change the airflow or temperature, signals are sent through the blend door actuator, which manages the defrosters and other vents.

However, when the blend door is stuck, it can prevent sufficient airflow from coming out from the vents, which may make it seem like the vent selector isn’t working.

8. Burnt Fuses In The AC System

Some vehicles have two fuse boxes; one near the engine that contains the fuses for major car parts like the engine and battery, and one underneath the steering wheel that holds the fuse for the ventilation system.

However, a blown fuse can cause the entire air conditioning system to stop working or to only work intermittently.

Therefore, a blown fuse can be responsible for the vent selector not working.

In other words, the AC system won’t work without this relay since it supplies power to the AC compressor.

Read More:  Why Are Hyundais So Cheap? (9 Reasons Why)

Since it is an electric component of the car, the relay can fail after continued use and result in cold air not blowing or inconsistent air conditioner function.

Sometimes, your vent selector’s malfunctioning may be caused by the battery. Typically, the battery powers your car’s ignition and other features like the ventilation and GPS.

However, the battery ultimately runs out of juice because of wear and tear, and your car’s air conditioner may operate inefficiently or not at all if the battery is weak.

While vehicle batteries may be powerful enough to power the rest of your car, they can not be sufficient to power your car’s air conditioning, which can cause the vent selector to not function.

11. Problem With The Computer

An issue with the ECM, or engine control module, is one of the factors that could make the vent selector malfunction.

One of the most crucial parts of a contemporary car is the ECM, often known as the Engine Control Unit (ECU), which controls the engine’s operations.

In other words, it is the brain of your car and regulates all the electronic components, including the brake system and ventilation system.

Your car’s vent selector may not be operating for several reasons, most of which are caused by jammed vents and wires that are not connected properly.

While some of the issues can be solved quickly, others can call for pricey replacements or repairs.

To correctly identify the car’s problems and prevent them in the future, it’s crucial to get in touch with your local auto professional.