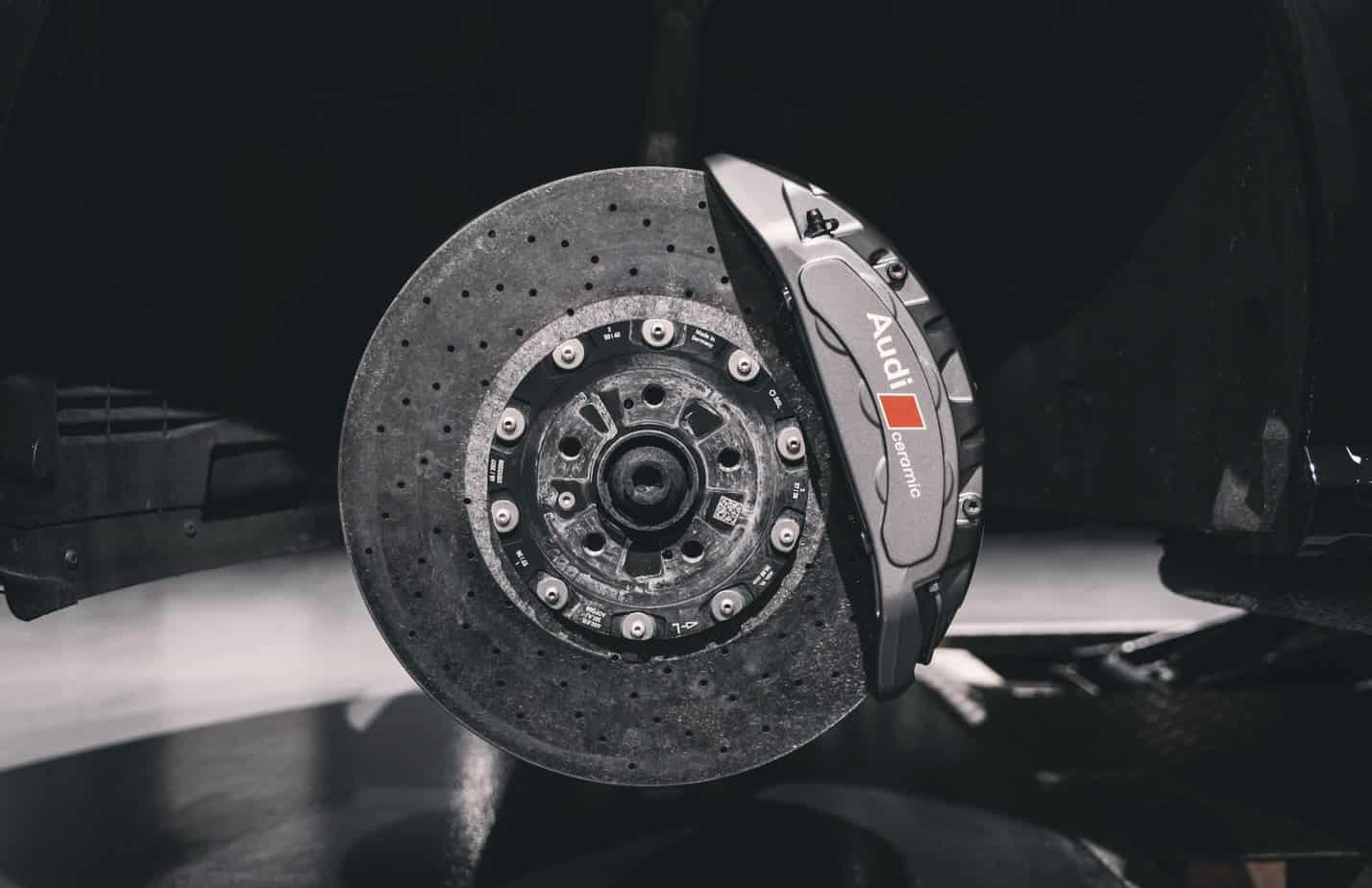 Probably the most critical safety feature in your car is the braking system.

However, even though you depend on brakes to get you from point A to point B safely every day, you likely don’t consider whether the type of brake system matters.

So, let’s discover more in this post about whether a ceramic braking system is better for you!

Why Are Ceramic Brakes Better?

Because carbon-ceramic discs own a more significant friction coefficient than cast iron discs, they can be stopped more quickly.

In addition, the carbon generates a larger friction coefficient, shortening the braking exposure time and causing the car to slow down ahead with a conventional braking system.

Studies claim that while braking at 62 mph to zero, carbon-ceramic discs can cut the braking distance on vehicles with equivalent tires and brake pads by almost 10 feet.

That much room would be sufficient to stop a car accident or save a human life.

Since the material is heat-resistant, carbon-ceramic discs provide a constant braking force even after prolonged use.

Because of this, carbon-ceramic discs exhibit exceptional resistance to brake fade, especially under severe braking.

The converse is true with cast iron discs because, when used repeatedly, they can overheat and create brake fade, which lowers system efficiency.

Contrarily, carbon-ceramic discs are immune to distortion at high temperatures, ensuring that the braking force remains consistent even after extensive use.

The carbon-ceramic discs are easily identifiable by anyone gazing at the car because of their appearance and size.

Read More:  Why Is My Car Losing Coolant? (9 Reasons Why)

A carbon-ceramic disc typically has a larger diameter than a cast iron disc to better “fill” the wheel and increase the overall impressiveness of the system.

Additionally, carbon ceramic is noticeable by its distinctive feel, which dispels any lingering questions about its make-up.

Also, it marked the first time in the award’s history that a braking system took the prize.

A rear carbon-ceramic disc weighs roughly 13 lbs, while the front disc weighs between 15 and 17 lbs.

The combined weight of a conventional cast iron disc and its hat is between 26 and 28 pounds.

Therefore, every wheel averages 11 to 13 lbs less when made with carbon ceramic, which is considerable cost savings given you’re dealing with unsprung mass.

Also, the automobile is lighter and has better handling thanks to the exceptional lightweight of the carbon-ceramic discs.

As a result, there is improved efficiency, comfort while driving, acceleration, and deceleration.

You need to change your conventional cast iron discs after an average lifespan of roughly 62,000 miles.

But, when it comes to carbon-ceramic discs last at least three to four times longer than conventional discs, so vehicle owners don’t need to stress out about this.

In other words, they function flawlessly for the duration of the life of the vehicle they are attached to. One step away from infinity.

Additionally, by removing 44 pounds of unsprung mass, the automobile will behave better when changing lanes, improving the smoothness of driving.

Brake pads brushing against the ceramic matrix won’t quickly wear it down because of its hardness, low porosity, and resistance.

As a result, carbon ceramic discs may endure the vehicle’s lifetime with typical street driving if the surface layer is not burned off at the high temperatures found on a racetrack and the discs are not damaged in any other way.

According to certain manufacturers, one set of discs is expected to last up to 200,000 miles on the road.

Typically, a CCM disc assembly weighs about 60% less than an equivalent iron disc.

The vehicle’s acceleration, handling, and braking are all improved by reducing the rotational and unsprung mass of that magnitude.

However, the actual weight reduction is typically much smaller than marketed. The disc is much more lightweight.

But, the heavy-weight pads and caliper often worked with the more significant required friction zone and are typically left out of the correlation.

With such an iron brake system, the iron disc substance brushed off the disc by the pads, rather than the pad itself, makes up most of the collected brake dust on your vehicle’s wheels.

Since the CCM disc base is so hard, it cannot be eroded. As a result, carbon ceramic discs and pad couples often have little dust emission.

Therefore, it implies that you won’t wash your wheels frequently.

9. Resistance To Deformation And Warpage

Carbon ceramic discs do not expand and deform at extreme temperatures like those found on a racetrack.

Because the discs’ sizes are steady, they are less prone to warp, cone, or cause irregular pad wear.

Because they wear brake rotors less than ordinary pads, they also aid in extending their lifespan.

But, of course, the cost of your replacement pads will go up if you want to use all the advantages of ceramic.

So, even if you occasionally hear customer concerns about grumbling and squealing, there is no other braking system that can provide what carbon ceramic can give.

To know more, you can also read our posts on why your oil light comes on and off, why motor oil is so expensive, and why your coolant is low but no leaks.

Overall, the best performance characteristics of the various friction material alternatives are all combined in ceramic pads.

They also typically emit less brake dust than other solutions, and because they don’t wear down brake rotors as much as other friction compounds do, they also aid in extending their lifespan.

However, ceramic friction compounds are significantly more expensive than other friction materials, which makes vehicle owners think twice about having such a brake.