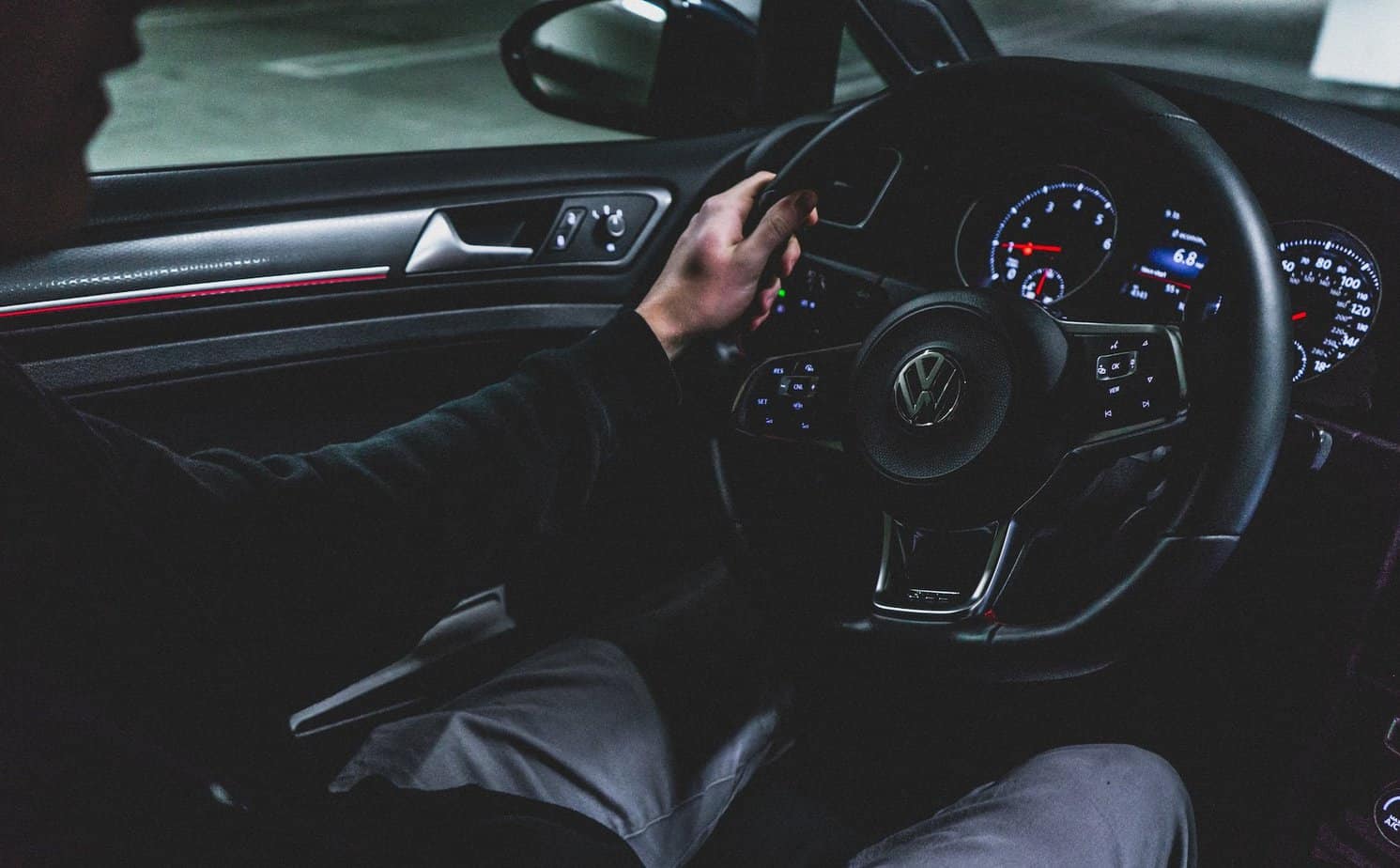 You’re driving down the road, and your oil engine light suddenly comes on. What could be wrong?

Oil light is an indicator sign on the car’s dashboard that tells you something is wrong with your engine oil pressure. Having said this, I’ll go over all the reasons for your glowing engine oil light!

Why Does My Oil Light Come On And Off?

Contaminated oil is any refined or synthetic oil that has been used and has picked up physical or chemical contaminants due to such use.

Furthermore, some of the most common contamination causes are rust, dirt, and metal shavings from objects thrown in the engine.

Aside from that, if your car has been in an accident or suffered other damage, it could be due to degraded oil.

As a result, these contaminants can cause damage to your engine’s internal parts, which will cause your oil light to come on and off!

When there is not enough oil, moving parts inside the engine do not get the lubrication they need.

However, oil consumption is similar to how water evaporates on a hot day. So, it is how the high engine heat can push the oil, causing the lube level to drop.

To solve the problem, schedule an oil change or top off the engine’s oil to maintain the recommended oil level.

Overall, if you have less than this amount of oil, then the warning light will flicker on when you drive!

In most cases, there are typically two reasons a car can inexplicably lose oil: either you have a leak, or your engine is burning it off.

Under these circumstances, even while you might not notice any outward indications of leaking, less apparent components like a damaged seal could be to blame.

Additionally, oil leakage may occur if you’ve recently replaced an engine component such as a timing belt, which are high-wear items that might require more frequent oil changes.

Therefore, if the light on your dashboard is blinking, there can be a leak in the system!

Your engine’s oil stops lubricating the moving parts when it gets low.

Eventually, your engine rods may break, which will cause the knocking noise to come from underneath your car’s hood.

Along with this, symptoms of engine damage, like the oil spots under the car, can signal engine damage in addition to weird noises and smoky exhaust gases.

Overall, if there is an issue with your engine, the oil light may flash to let you know that there is something wrong with it!

Oil pressure in a car engine is crucial in ensuring that lubricants get to critical components. In addition, this lessens the wear on the engine’s parts.

In the event that the oil pump could be broken or the oil pressure transmitting equipment could malfunction, it typically gives an inaccurate reading.

In this instance, the warning light is connected to a sensor that detects the oil pressure through an engine-attached diaphragm using a primary on/off switch.

Because of that, the gauge may malfunction and give a false reading due to electrical and reflect an oil light to your dash!

Read More:  Why Is My Truck Blowing Black Smoke? (9 Reasons Why) 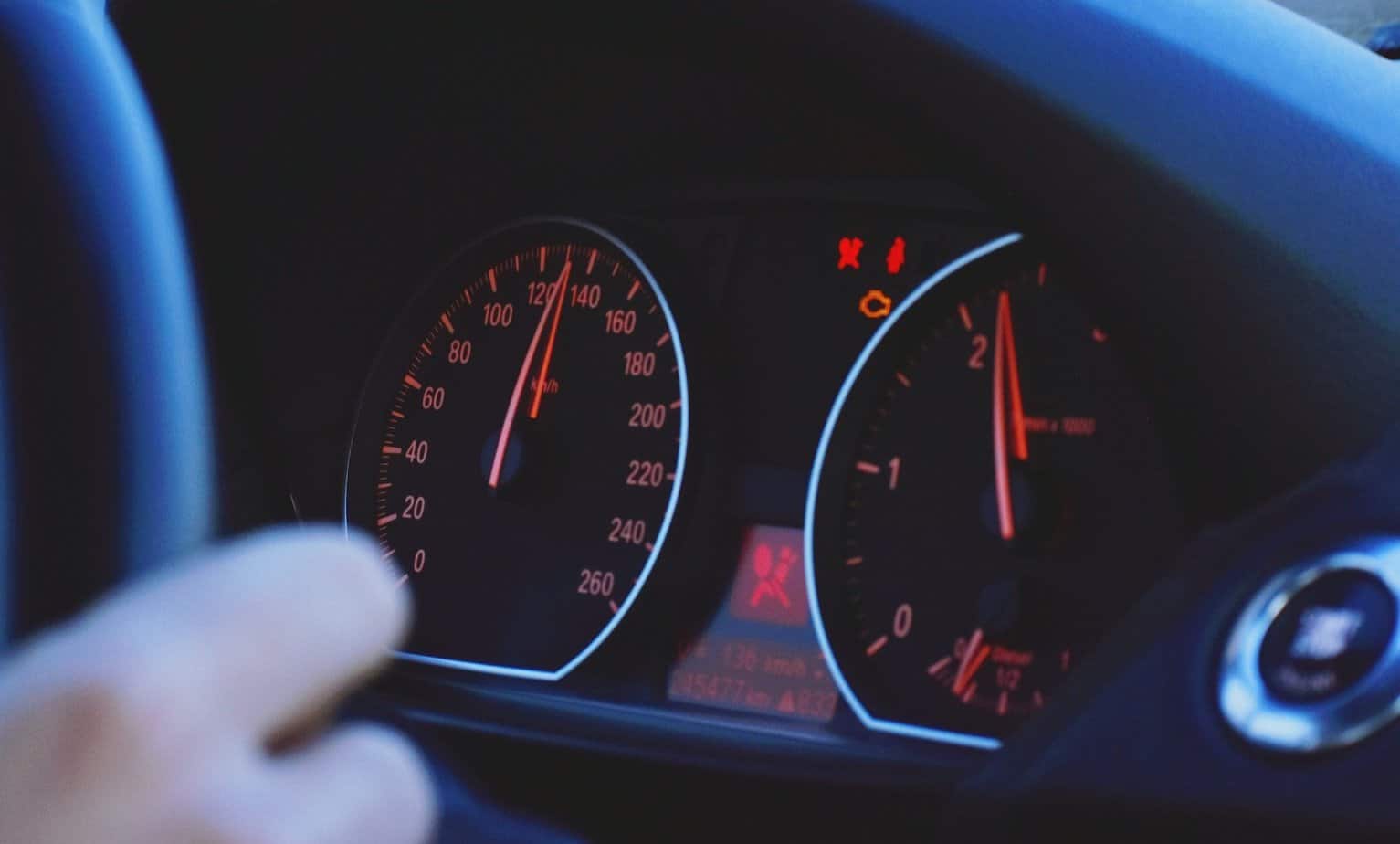 Moreover, the oil in your engine constantly filters out impurities that can cause damage over time. When an impurity gets past the filter, it can damage the internal components of your powertrain.

For that reason, you might notice that your oil light comes on after you’ve driven for a while, or it might be intermittent at first!

A fluid with high viscosity resists motion due to high internal friction caused by its molecular structure.

Conversely, because of its molecular structure, a juice with low density flows effortlessly when it is in motion.

This is why low viscosity leads to friction and wear, which produce heat.

Necessarily, this is why your oil light comes on and off because of the low viscosity of your oil!

A rising temperature gauge is the most visible indication that an engine is overheating, especially if the check engine light is also on.

As well as that, once the coolant has burst out of the radiator, you need to pull over right away to prevent severe engine damage.

Generally, the oil pressure warning light will turn on as soon as the engine overheats!

In order to reduce wear and friction between moving parts and prevent the engine from seizing, the pump begins pumping oil as soon as those engine components start moving.

However, your system won’t be able to effectively pump oil through it if your oil pump breaks down.

Read More:  Honda Accord Not Starting? (11 Reasons Why)

As you can see, your oil light will continue to flash on and off until you have some way of checking the status of your car’s oil pump!

Three elements must be present for combustion: the fuel to be burned, an oxygen source, and a heat source.

This is why, when these parts malfunction, the oil may accidentally enter the combustion chamber, which will lower engine oil pressure and level.

By all means, if you have faulty combustion parts, this can also cause your oil light to illuminate!

If your car’s check engine light stays on for more than a week, the oxygen sensor has likely failed.

In addition, the sensor monitors the amount of oxygen in your car’s exhaust. The oil light comes on when it senses too little or too much oxygen, which harms the catalytic converter.

Above all, a faulty sensor can cause the oil light to flicker on and off intermittently until you replace it!

To know more, you can also read our posts on why all your dashboard warning lights are on, why your brake lights come on while driving, and why your battery light is on.

Choosing to ignore your oil light is the most significant error you can make.

As you can see, when there is tainted oil, insufficient oil, or an oil leak, the engine oil light illuminates occasionally.

Overall, treat and maintain your car as if the oil light is always on by changing the oil frequently!