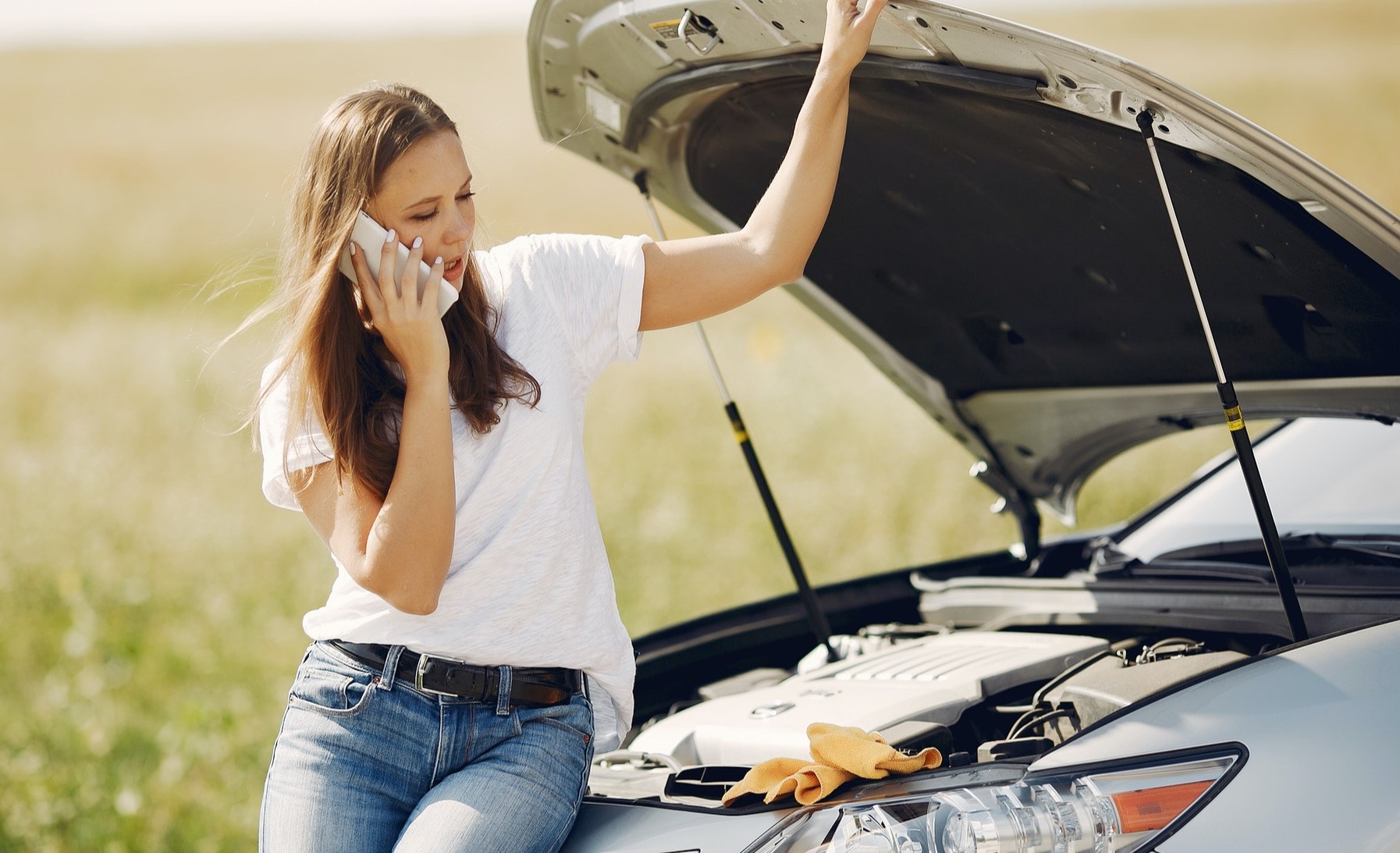 One of the most frustrating things you can experience is car trouble. Sometimes, you may encounter a problem you’ve never had before, like your car not moving despite shifting gears.

While this can feel overwhelming, there are a few things that could be the cause of your car not moving. Here’s what we found out about the matter!

Why Does My Car Go Into Gear But Not Move?

The main reason why your car doesn’t move despite going into gear is an issue with the transmission system. This can range from minor issues like forgetting to disengage the parking brake to serious ones like loss of transmission fluid. Problems with your car’s computer can also be the cause of this issue.

Keep reading to learn more about why this is happening to your vehicle!

1. The Car Hasn’t Been Started

Sometimes, the cause of the car not moving despite going into gear is that you haven’t started the car yet.

While it may seem silly, it’s possible for this to happen, especially if you drive a quieter car than the norm.

In this instance, starting the engine will likely solve the problem.

2. You Forgot To Release The Parking Brake

If the engine is running and your car still doesn’t move despite going into gear, it may be the case that the parking brake is still engaged.

The parking brake, also known as an emergency brake, is used as a means of getting the car to stop in case the brake system fails.

Additionally, the parking brake is completely mechanical and doesn’t connect to the car’s transmission, so moving the gearshift won’t affect it.

Because of this, the car will not move until the parking brake is released, which could be the cause of your car not moving despite going into gear.

Read More:  Why Is My Dipstick Covered In Oil? (9 Reasons Why)

The reason for your car going into gear but not moving might be caused by transmission fluid loss.

In general, transmission fluid keeps the parts of the transmission system well-lubricated while doubling as a coolant.

When transmission fluid leaks out of the transmission housing, it can cause problems such as the car being unable to accelerate from a full stop.

As a result, while your car may be in gear, it won’t be able to move.

4. Error In The Transmission Control Module

The Transmission Control Module (TCM) may be the cause of your car not moving.

That said, the TCM is what connects the transmission system to the engine and is responsible for the movement of your car.

With a faulty TCM, it may manifest by showing a different gear on your dashboard compared to the shifter.

As a result, your car won’t move even if you’ve got it in gear.

On the other hand, it may be the gearshift itself that is malfunctioning.

As indicated by its name, the gearshift, known as the shifter, is what you use to switch gears on your car.

With regular use, the nuts and bolts that hold the shifter together may come loose, which can cause incorrect gear or even cause the shifter to move freely.

Therefore, it may be possible for this to cause the car not to move despite going into gear.

6. Issues With The Shifter Cable 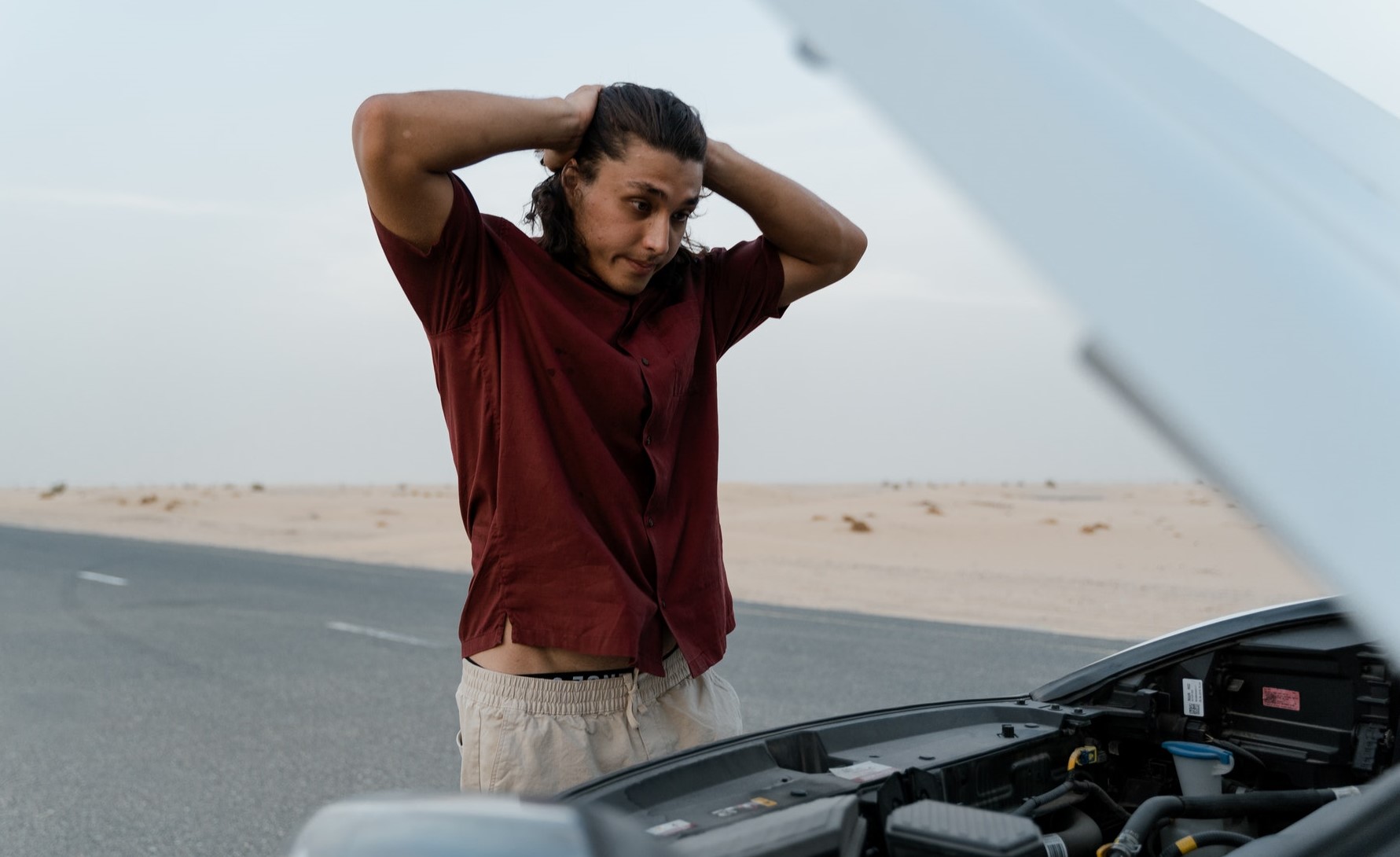 The shifter cable may be the cause of this issue. In automobiles, this cable connects the transmission to the gearshift.

However, this cable type tends to break, stretch, bend, and wear out with time and regular use.

Therefore, it might not be a bad transmission if your automobile won’t shift into gear—a damaged shifter cable could be to blame for the car going into gear but not moving.

7. There Are Defects In The Automatic Transmission Valve Body

If you drive an automatic vehicle, it’s possible that the transmission valve body is at fault.

However, regular wear and tear and exposure to the heat of pushing transmission fluid through the valve body can erode it over time.

As a result, this can cause gear failure, and thus, your car won’t move despite going into gear.

It may be a faulty torque converter at the heart of your automatic car’s transmission issues.

Akin to the clutch cars using manual transmission, the torque converter transfers power from the gearbox to the wheels and engine.

Unfortunately, if it develops a malfunction, it may result in major issues, including the car not moving in any gear, transmission noises when starting, and stalling when changing gears.

Conversely, if you find this issue to occur in your manual car, it may be the clutch at fault.

If the problem is with the clutches, you may notice your car won’t be able to move when in backward gear, switch to third gear, and you’ll hear noises when switching gears.

Read More:  Why Use Synthetic Oil? (11 Reasons Why)

Sometimes, it may be that the battery is the root of the transmission issues.

Generally, the battery provides power to enable your car to start and powers other parts like the stereo and windshield wipers.

However, the battery gets worn down over time and eventually won’t be able to provide enough power to the transmission system.

That said, this may lead to problems such as the car being able to go into gear but can’t move.

Additionally, the terminals and connectors may wear down and corrode over time, which can cause inconsistent power and also cause the same issue as above.

Although this is generally a good thing, it does mean that transmission issues may become much more complicated to solve.

That said, when the computer system sends the wrong signals because of a defective sensor, this is one of the main causes of transmission issues.

To learn more, you can also read our posts on why your engine light keeps coming on and off, why your car defrost is not working, and why your car is creaking.

There are a few reasons why your car isn’t moving despite being in gear, and these reasons mostly stem from problems with parts of the transmission system.

Some problems can be minor and easily remedied, while others can potentially require costly replacements for parts and such.

Whatever the cause of the problem, it’s important to contact a mechanic so the problem can be properly addressed and avoided in the future.