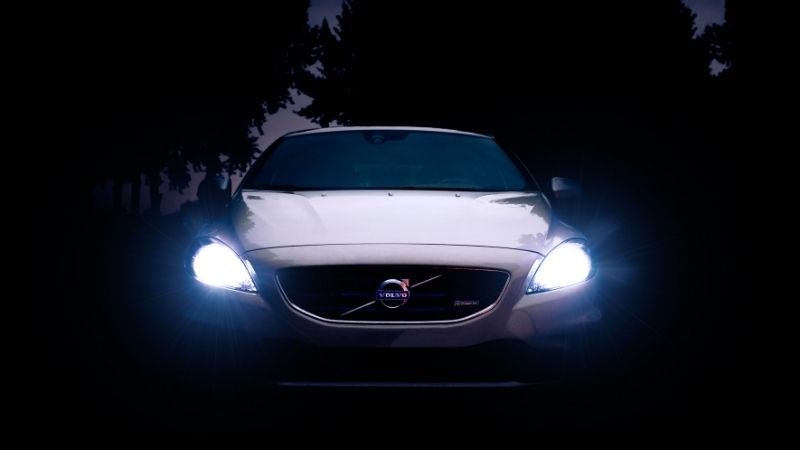 High beams (also known as brights) are good to have, but if you’ve had them pointed in your direction, you may have a negative view of them.

Therefore, you may wonder when the appropriate time is to use high beam headlights, and when they’re considered to be a nuisance. If so, keep reading to see what I learned!

When Do I Use High Beam Headlights?

High beam headlights are best reserved for driving on dark roads with very few people around. They’re incredibly bright, so you should avoid using them when there are other people on the road, as they reduce the driver’s ability to see and increase the risk of an accident. You should also only use them when the weather is clear.

Learn everything you need to know about when to turn on your high beams, including the ideal areas and weather conditions below!

When Can I Have My Brights On?

You can use your brights or high beams in the following situations:

1. When Driving in Rural Areas

You should turn on your high beams in rural areas and on country roads where there is little street lighting. High beams are pointed ahead instead of onto the road, so they can help you see farther in this situation.

In these places, the traffic is also low, so you don’t have to worry about affecting other people on the road.

2. When Driving On Lonely Roads 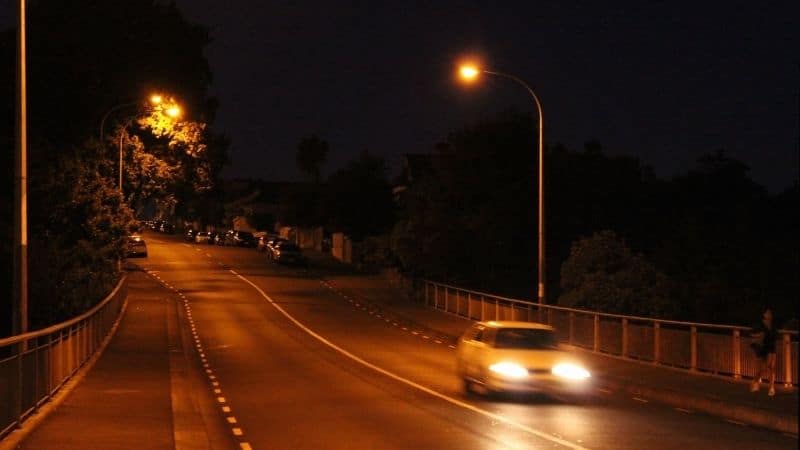 Expanding on the country roads mentioned above, high beams are also suitable for driving across roads that are lonely in general, i.e. have little to no street lighting, traffic, etc.

By using your lights in this situation, you can see obstructions that would otherwise be absent from busier roads, such as fallen trees and wrecks.

3. When Driving On Freeways

Using beam lights on freeways isn’t as straightforward because you shouldn’t have your high beams on when on any freeway. Instead, we recommend it for the sections of freeways that have low lighting.

With the minimum speed requirement on most interstate highways, you will have to go fast, so inadequate lighting is more of a liability than usual, meaning you’ll need every advantage you can get.

As stated above, your speed is a significant factor on whether or not you should use your high beams.

These lights give you about 350 to 400 feet (about 107 to 122 meters) of visibility, double what you get from low beams. This allows you to see road hazards sooner so you have more time to react at these high speeds.

When Should I Avoid Using High Beams?

While high beams can be useful in some situations, there can be times where using these lights poses a hazard to other drivers. Some of these instances are listed below:

1. When Driving in Urban Areas

High beams will emit light that lands a few hundred feet away, which is the length of the average street block.

This means that when you have beams on in a city, you’re impacting the vision of several drivers and increasing the risk of an accident. Instead, you should rely on your low beams and environmental lighting (ex. street lights).

2. When Close to Another Driver

Regardless of whether you’re in a rural or urban location, you should dim your lights when there are other people around.

This is safer when you’re driving toward each other, but should be done even when driving in the same direction. Your headlights reflect off their rear view mirror, meaning you should keep them low.

In some states, it’s illegal to have your high beams on within a certain distance of another driver. To be on the safe side, turn them down when you’re within 500 feet or about 150 meters away from an oncoming vehicle.

3. When Driving in Low Visibility Weather 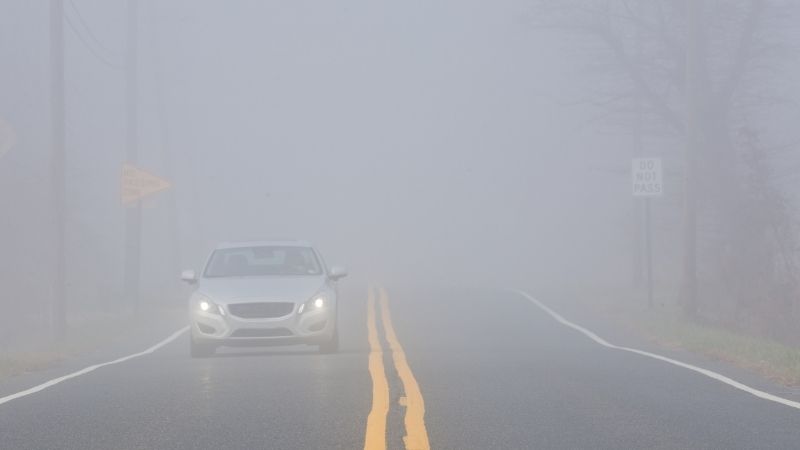 When you find yourself driving in weather conditions that limit your visibility such as snowfall, fog or rain, you might think that turning on your high beams would improve how much you can see. However, it’s best to avoid them.

A lot of these conditions involve water molecules, which are highly reflective, so they’re very likely to scatter the light beams everywhere (including right back towards you), reducing visibility.

Having more light means there’s more light to reflect, so you’re better off keeping the amount of light you create in these conditions low.

Moreover, when you’re in a situation like this, you’re going to be driving slowly enough that you wouldn’t need to indicate your presence to other drivers from too far off, meaning that low beams also work.

4. When Driving Around High Pedestrian Traffic

Apart from other drivers, high beams also negatively affect vision for pedestrians around you, and in busy areas, this could be a recipe for disaster.

Take, for example, someone on the sidewalk facing a car with high beams on; they’re likely to bump into something they can’t see or walk into traffic when they don’t notice they’ve reached the end of their block.

5. When Driving On Winding Roads

High beams let you see farther ahead on straight roads like interstates, but they wouldn’t be as effective on roads with many turns.

In these situations, other drivers would not have time to adjust to them if you run into each other around a corner and your brights hit them all at once, increasing the chances of a crash.

Do You Turn On High Beams in Fog?

When driving in foggy conditions, you should avoid using your high beams, because the extra light they emit will be reflected by the water molecules in the fog.

This creates a situation where you’re limiting your own vision and that of any other drivers on top of what the weather is already doing.

Is it Bad to Drive With High Beams? 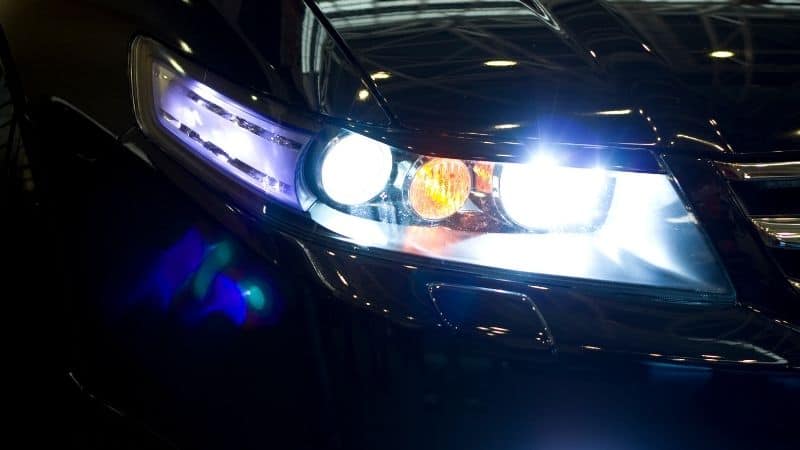 If you use high beams responsibly, then it’s perfectly fine to have them on. Using them is bad only if you’re not considerate of the other people on the road.

You should turn down your high beams or switch to low beams when you’re in an urban area with a lot of lighting on the streets, when you’re behind another driver or when there’s someone else on the road like a cyclist.

It’s also dangerous to drive with high beams in blizzards, fog, rainfall or other weather conditions that limit your visibility, because they actually make the situation worse.

When Should I Switch From Low to High Beams?

You should switch from low to high beams when you leave urban areas and are driving on a less busy road with poor lighting but only if the weather is clear.

What Light Should I Use When Driving at Night?

Unless you’re on a rural road with little to no lighting, you should probably avoid using your high beams.

If you want to learn more, you can also see our posts on when to turn on headlights, how long do LED headlights last, and what headlights to use in fog.

High beams are best reserved for situations with a lot of darkness, little traffic and minimal settlements like rural areas and interstate highways. However, you should turn them off when driving behind another driver because the light gets reflected off their rear view mirror.