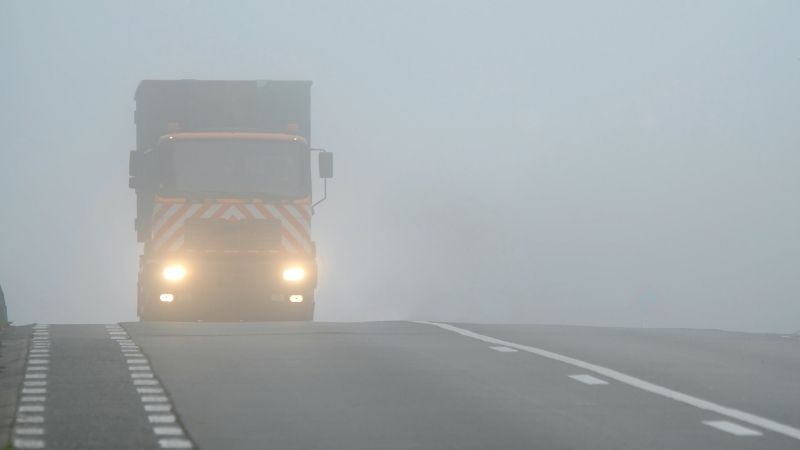 Driving in fog could be a scary experience, especially when it’s late and you’re not familiar with the area. Your car has different options for lighting but you might not know which one to use in this situation.

So, what headlights should you use in fog? If you’d like to find out, keep reading this article to see what I learned!

What Headlights Should I Use in Fog?

During foggy weather, the best lights to use are actually your low beams. High beams are meant for driving in dark areas, but only when the weather is clear, as in a fog they would actually reduce visibility. Fog lights are not meant to help you see better in fog, but rather to be seen by other drivers.

Continue reading this article to learn more about the best headlights to use in a fog as well as the reasons you should use them and avoid the others!

Can You Use Normal Headlights in Fog?

When driving in foggy weather, you might find yourself reaching for the high beams or fog lights, but you should actually stick to your low beams.

To explain why low beams are better for driving in fog, it’s important to understand why high beams are not advisable.

High beams, also known as brights, emit a lot of light and are angled in such a way where they direct all of it straight ahead.

Fog is actually a cloud that forms low enough to affect people on the ground. Because fog is made up of water molecules, it’s highly reflective, so having more light in this situation makes it so there’s more light to be reflected.

If you turn your high beams on in this situation, all this extra light will bounce around more, including right back to you, further reducing your ability to see.

With this in mind, you have a better idea of why low beams are better for driving in fog. They produce less light than high beams, meaning there’s less light overall that gets reflected around.

They’re also pointed downwards, meaning most of the light will be hitting the road as opposed to fog that’s farther ahead of your position.

Fog lights themselves aren’t actually meant to help you see in the fog, rather they’re there to help others on the road see you. Overall, you can and should use normal headlights when driving in fog.

What Headlight Beams are Best to Use in the Fog?

As stated above, your low beams are the best option to use in the fog. High beams generate a lot of light and are pointed forward, meaning more of it will be reflected off the water molecules in the fog, negatively impacting your ability to see.

Moreover, high beams are meant for use in high speed driving because they cast their light for longer distances, letting you see farther ahead. Therefore, they wouldn’t be of much use during a fog, where people generally drive slower.

When Should I Use My Fog Lights?

You should use your fog lights in any situation where visibility is low. Apart from fog, you can also use them during heavy rainfall and blizzards.

Fog lights are there to make sure other people on the road can know you’re there as opposed to increasing your ability to see, so you should always have them on in these situations.

If these weather conditions clear up and visibility improves, you should turn the fog lights off for reasons discussed below.

Can Fog Lights Be Used as Headlights?

You should avoid using your fog lights in place of your primary headlights because they’re not designed for the same purposes, meaning they would be less effective.

Fog lights would be a poor substitute for low beam headlights because they’re pointed ahead instead of downward, so you wouldn’t be able to see much of the road that’s immediately ahead of you.

As a substitute for high beam headlights, they would fall short because the light they emit isn’t bright enough and doesn’t travel as far.

This means that when driving in a section of road that has no street lights, you would have to drive slower because you can’t identify far away objects fast enough to react appropriately.

Regardless of this, they still emit enough light to make it harder for other persons around you to see, raising the chances of an accident. 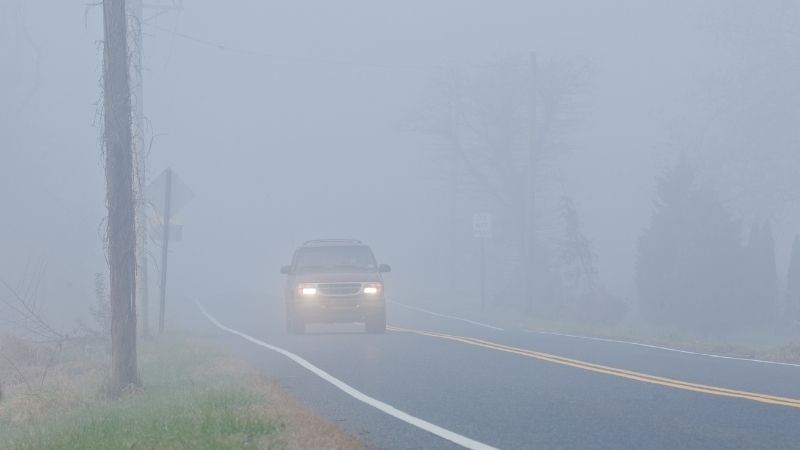 If you’re looking to increase visibility when driving in a fog, then fog lights probably won’t do much for you.

However, if you’re trying to make yourself visible to other drivers during a fog, blizzard, rainstorm or other weather condition that limits visibility, then fog lights are very effective.

In fact, many newer cars have ditched fog lights, but not their concept. They come with daytime running lights (DRLs) that are usually on whenever the car is.

These lights make the vehicle visible to other people on the road, letting them know your vehicle is active, and they’re so bright that they make you visible in fog and other visibility-weakening conditions.

Do Fog Lights Help at Night?

Fog lights would not help you much at night if you’re using them as a substitute for your headlights, low or high beam.

Rather, they’re meant to make you more visible to other drivers in the event of fog, rain, snow or other conditions that limit visibility on the road.

When driving during a fog, the best lights to use are your low beams. High beams emit a lot of light that gets reflected in the fog’s water molecules and lowers visibility.

Fog lights are meant to make you more visible to other people on the road as opposed to increasing your ability to see through the fog. This means that they cannot be used in place of your headlights.