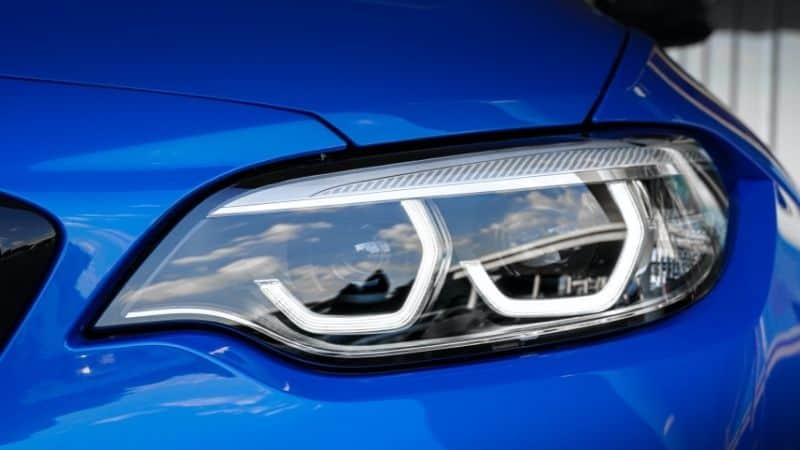 Your vehicle comes with a variety of different options for front lighting that sometimes it could be difficult to know which ones to use and when.

So, if you’ve found yourself in this situation, read this article to know when to use your headlights and which ones are ideal for which conditions.

When Should I Turn on Headlights?

You should turn on your headlights when it’s dark out or visibility has been lowered by harsh weather conditions. In some places, you’re required by law to have your headlights on within certain times and driving without them is an offence. Different rules apply to different types of lights, but there are some that cover everything across the board.

Continue reading for a closer look into the situations listed above and more, including the different types of lights you should be using and headlight laws from different places!

When Should I Have My Headlights On?

These rules mostly cover the standard types of front light except for daytime running lights (DRLs). Those come and stay on automatically for as long as the car is running for safety and you can’t control them yourself.

You should generally have at least one other type of headlight on in the following conditions:

This is the most straightforward situation in which you should turn on your headlights; you just need to figure out which ones to go for.

If you’re in an urban environment with adequate street lighting and there’s other people around you, you should use your low beams.

If you’re somewhere rural with little to no street lighting, the road isn’t busy and you’re driving fast, you should go for your high beams, as they let you see farther out so you can react faster at higher speeds.

Read More:  What Headlights To Use In Fog (All You Need To Know)

In some countries like Singapore, what qualifies as night is defined by law to eliminate confusion.

2. About Half an Hour After Sunset 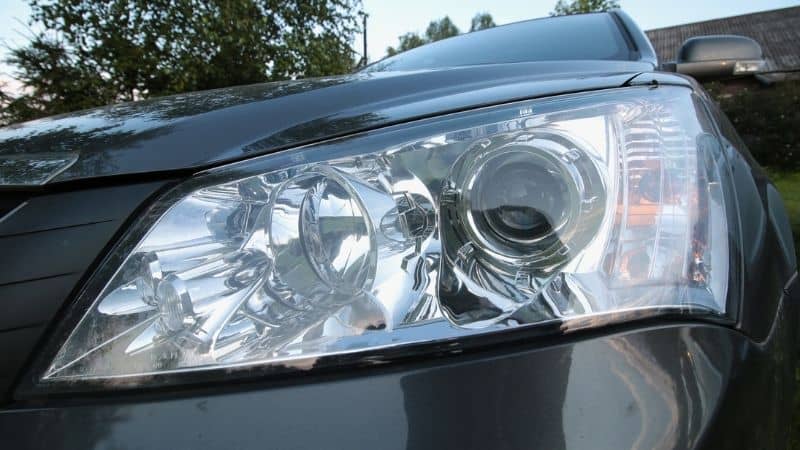 This rule is usually followed in places that are farther from the tropics where the length of the day varies throughout the year.

3. About Half an Hour Before Sunrise

This is combined with the above rule to form a range within which drivers on the road should have their headlights on.

Fog reduces visibility, and you would need to have your low beams on to light the road right ahead of you and your fog lights to let other people on the road see you.

When rain gets heavy enough, even during the day, it could severely limit visibility. Between thick clouds and the rainfall itself, you should use your low beams and have your fog lights on if it turns into a storm.

On top of the snow itself, car windows may have built up some frost that makes it harder for drivers to see, so you should have your lights on to make yourself more visible.

7. During Any Other Event That Affects Visibility

All three scenarios above will lower visibility and make it necessary to have your headlights on so you can see the road ahead of you and make yourself more visible to everyone else on the road.

This rule also applies to any other situation that brings visibility down to less than the usual, such as sandstorms and heavy smog.

8. Any Other Situation Required by Law

Different jurisdictions have their own laws in place regarding when you should have your headlights on, so you should check the mandates where you are just to be safe.

For example, Pennsylvania state law requires you to have your headlights on when driving in construction sites, whether or not they’re active.

Several countries legally require you to turn on your headlights at night and during the above listed situations that limit visibility.

Others will have rules in place for which types of headlights you can use in different scenarios that are intended to protect other people on the road.

When to Turn on Headlights in Texas 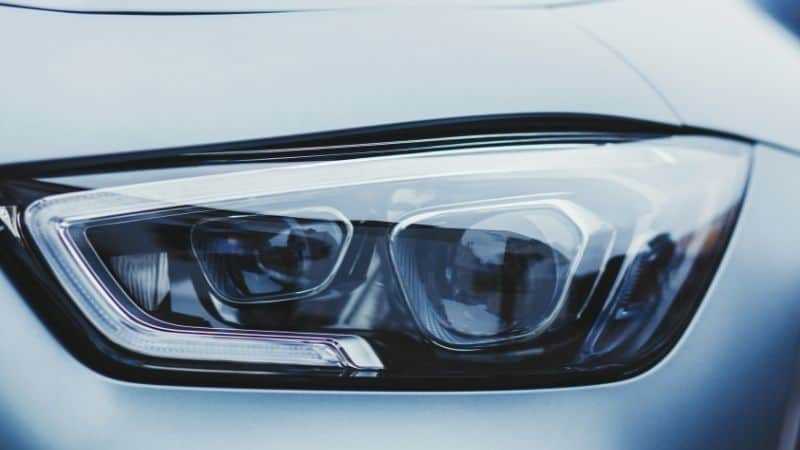 Texas has different laws in place controlling how drivers should use their headlights, including laws for what type of bulbs are permitted and when to turn them on.

Under the latter, state law mandates that you turn on your headlights 30 minutes after sunset until 30 minutes before sunrise if you’re going to be on the road.

Moreover, you should turn on your headlights if visibility on the road has been reduced and you can’t see more than 1,000 feet or about 305 meters ahead.

When to Turn on Headlights in California

California law requires you to turn on your headlights in any weather situation that also forces you to use your windshield wipers, including snow, fog and rain.

Moreover, you should turn on your headlights when it’s cold enough that other drivers’ windows may be fogged or icy and visibility is limited.

You should turn on your headlights when driving through mountain or country roads in California, regardless of the time of day or weather conditions to help other drivers see you early.

Read More:  What Are Projector Headlights? (All You Need To Know)

You’re also required to turn on your headlights if you need them to get someone’s attention and avert a hazard, such as when someone is overtaking and is driving toward you.

When to Turn on Headlights in Singapore

In Singapore, you have to turn on your headlights during the “hours of darkness” defined by law as between 7 p.m. and 7 a.m.

However, you can’t have your headlights on at all if your car is stationary, unless you’re driving a public transit vehicle and you’ve stopped to pick up or drop off passengers, or you’ve been stopped by the authorities.

Every motorcycle is required to have daytime running lamps that stay on for a long as their engines are running.

When to Turn on Headlights in Ontario 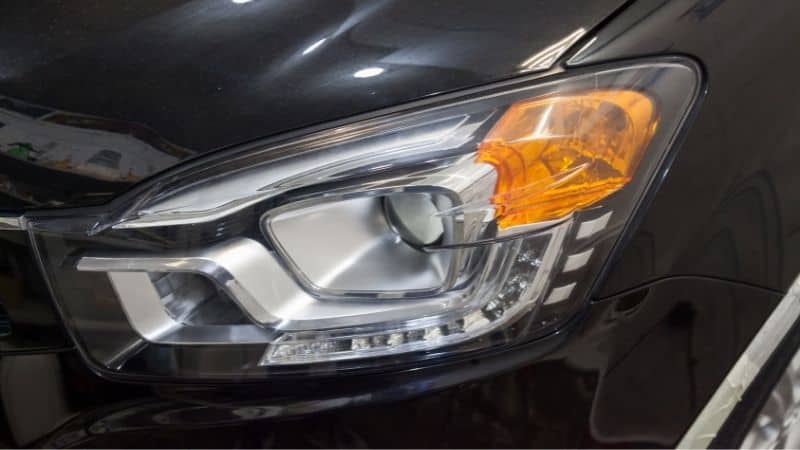 In Ontario, you have to turn on your headlights when visibility is impaired so that you can’t see more than 150 meters or about 492 feet ahead as well as 30 minutes after sunset and 30 minutes before sunrise.

To know more, you can also see our posts on whether or not toothpaste cleans headlights, why do headlights flicker, and how long do LED headlights last.

You need to turn on your headlights when it’s dark out or when visibility on the road has been reduced by weather conditions such as rain, snow and fog. When dealing with the latter, it’s best to use your low beams or dipped lights and drive slowly.

In some places, you’re required by law to turn on your headlights if you’re going to be on the road between half an hour after sunset and half an hour before sunrise. Other jurisdictions require always-on daytime running lamps on all motorcycles for easy identification on the road.