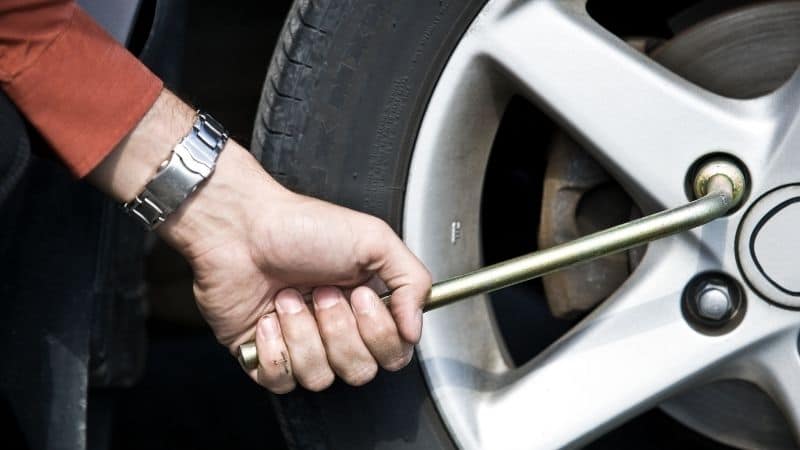 The word “tire iron” is often misused from what it originally meant, and this could cause an issue where you’re in a sticky situation with the wrong tool.

We’ve come up with this guide to tire irons, so you know exactly what it is when you’re equipping your tool box, how to use it, how much it costs, which type is best for you, and more.

What Is A Tire Iron?

A tire iron is a metal tool used to fit or unmount a pneumatic tire onto or from a steel wheel. These days, the word “tire iron” is most commonly used to refer to a lug wrench. Additionally, this tool has become less popular in recent decades after vehicles switched to using tubeless tires in the mid 20th century.

For more on what tire irons are, how they work, how they differ from lug wrenches, how much they cost, and more, keep reading!

What Is The Difference Between A Tire Iron And Lug Wrench?

A tire iron, also referred to as a tire lever or tire spoon, is a metal lever used to pry the tire from the wheel onto which it’s been mounted.

From its name, we can already determine that a lug wrench is something different from another function.

It is a socket wrench used to tighten or loosen the lug nuts that fasten the wheel to the vehicle itself, and it isn’t meant to even come in contact with the tire itself (i.e. the rubber part).

This is the tool, usually X-shaped, that most people these days are referring to when they say “tire iron,” and the confusion likely came about because they have somewhat similar functions.

Read More:  Why Do People Put Tires on Their Roof? (+ Other Common FAQs)

When the tire iron fell out of use for vehicles after the industry-wide switch from tubular to tubeless tires, lug wrenches became the most common iron tool used around the tire, so the name stuck for non-professionals.

What Is A Tire Iron Used For?

As stated above, a tire iron is used to unmount a tire from the wheel. These days, they’re most popular for bicycles and motorbikes because that’s where tubular tires are still in heavy use.

In the section below, we’ll look at its design to get a better understanding of how it’s intended to be used. 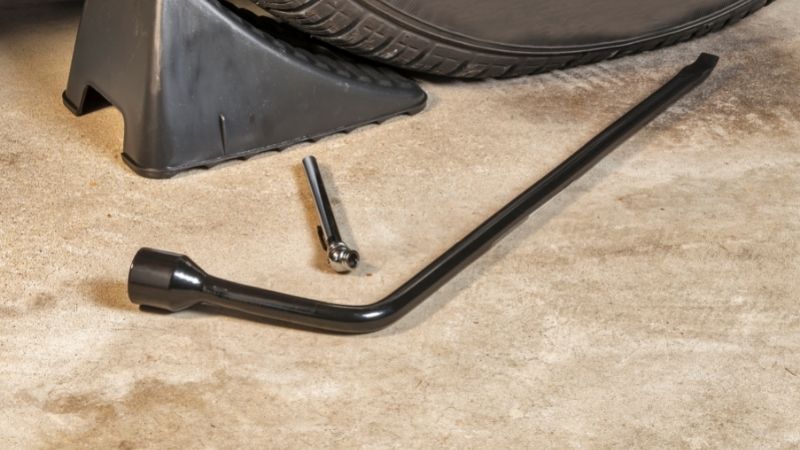 A tire iron is also referred to as a tire spoon and tire lever, and these names, coupled with its function as mentioned above, could give you a good idea of what one looks like.

It’s one bar, like a spoon, with a flat chisel-like end that goes underneath the tire at the point where it’s fitted onto the wheel, and you run another tire iron along the circumference to dislodge it.

Some of them come with a C-shaped groove on the other end that you use to secure it to a spoke, so it’s stable when in use.

This feature is intended for the first tire lever that holds the tire out so you can slip the second one underneath and push it along the length of the tire.

Is A Tire Iron A Crowbar?

A tire iron is a crowbar, but a crowbar is not a tire iron.

This means that tire irons work in much the same way that crowbars and levers of this kind do, but not every crowbar should be used as a substitute for a proper tire iron.

Read More:  Water in Tires (Is It Bad, How to Remove, Safe to Drive + More)

You should always make sure you get the designated tool for the job because they’ve been constructed for these exact tasks, e.g. they have less sharp ends to avoid pinching and puncturing the tire.

What Size Tire Iron Do I Need?

Tire irons usually only differ in the size of the handle, and a good rule of thumb is to get a longer one – 10 inches (about 25 cm) or so.

If you’re not experienced with this kind of work, your hand is farther away from where the activity is, and there’s less chance of injuring yourself.

What Are Tire Irons Made Of?

Tire irons are made from either metal or plastic.

What Kind Of Tire Iron Do I Need? 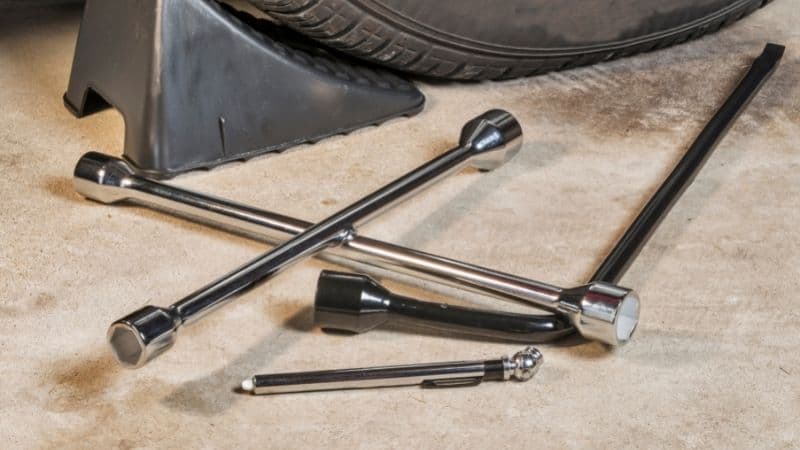 Again, there aren’t too many types to choose from, but if you’re a beginner, it’s best to go for one with a long, textured handle for better grip, smooth, rounded chisel end, and a C-shaped groove on the other end for support.

If you change your tires often, you should pick a metal one over plastic because they wear down slower and break less easily.

How Much Does A Tire Iron Cost?

Tire levers come in sets of two or three, and the price depends on how strong it is, usually determined by whether it’s metal or plastic.

If you opt for plastic, there are bundles with several pairs for less than it would cost to buy each set by itself.

Read More:  What Are H-Rated Tires? (Are They Worth It, Benefits + More)

A tire iron, also known as a tire lever or tire spoon, is a small tool used to pry the tire from the wheel.

It is often confused with a lug wrench, which is a different tool that is used to loosen or tighten lug nuts.

These days, tire irons are more commonly used on bicycles and motorcycles because they are the vehicles that still use tubed tires the most.

Tire irons don’t usually have that many differences in terms of size but if you’re a beginner, you should get one with a longer handle so there’s less chance of causing personal injury.

They’re made from either plastic or metal and typically come in sets of two or three costing between $5 and $20 a set depending on quality.

While a tire iron works like a crowbar, you should avoid using just any crowbar in its place because that risks damaging your tire.