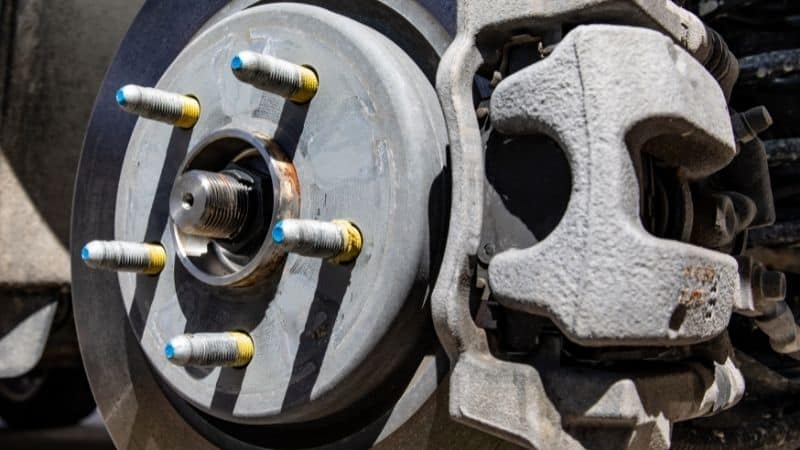 Wheel studs are an essential part of your car. However, with so many parts to keep up with, it can be challenging to figure out which parts are what.

However, if your wheel studs break or become damaged, you could potentially have a very big problem on your hands. Below, I’ll discuss everything you need to know about wheel studs.

What Are Wheel Studs?

For everything you need to know about your wheel studs, keep reading below.

Can I Drive with a Broken Wheel Stud?

Generally speaking, you should never drive with a broken wheel stud. When one wheel stud breaks, it puts more pressure on the remaining wheel studs, which increases the odds of them breaking as well.

In most cases, each particular wheel stud is designed to hold a specific amount of pressure before breaking.

If more pressure gets added due to a broken wheel stud, then it is quite likely that the others will break as well.

As you might imagine, this can be a huge safety hazard. Therefore, you should never drive when one of your wheel studs has become broken. After all, you never know when the others will fail.

Eventually, if you drive around with a broken wheel stud, the wheel will simply fall off.

Of course, there are usually warning signs of this occurring before it happens. For instance, you can typically notice a loud growling sound when one of the wheel bearings starts to fail. 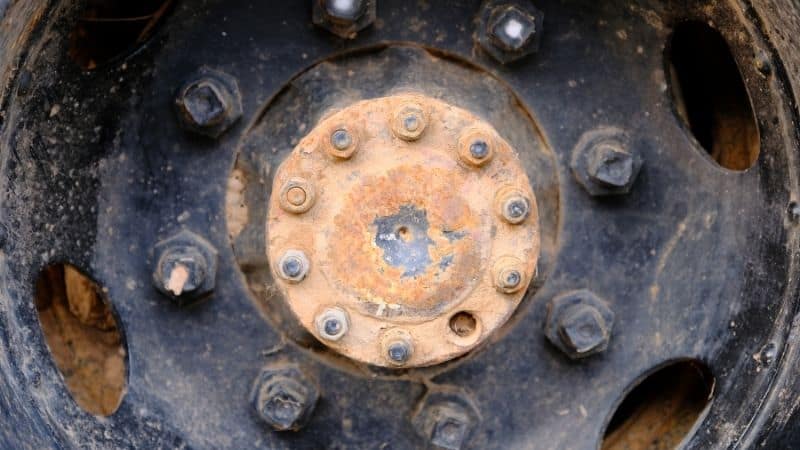 Typically, there are several things that can cause a broken wheel stud.

Usually, a loose wheel puts extra strain on the wheel studs and causes them to break. Many underlying problems can potentially cause this loose wheel, though.

For instance, incorrect installation is one of the most common causes of this problem. If they are not installed properly, then it is often only a matter of time before something breaks!

However, other issues can pop up as well. For instance, they are exposed to the elements regularly, so rust can sometimes be a problem. Similarly, normal wear and tear can also cause these parts to fail.

If you notice rust on a wheel stud, it should be changed as soon as possible. As you can imagine, these studs are much more likely to fail, which makes them a safety risk.

Of course, most wheel studs are made with stainless steel, so this is less of an issue.

However, it does occur, especially when some other form of minor damage has occurred as well. Furthermore, salt from the roads can also cause rust to form more often.

If you live in an area that uses a lot of salt on the roads, be sure to rinse your car when possible.

Typically, these are the only two problems that cause wheel stud damage. However, direct damage can also occur, though it is much rarer.

Read More:  Unbalanced Tires Symptoms (8 Things To Be Aware Of)

How Do You Know If Your Wheel Studs Are Bad? 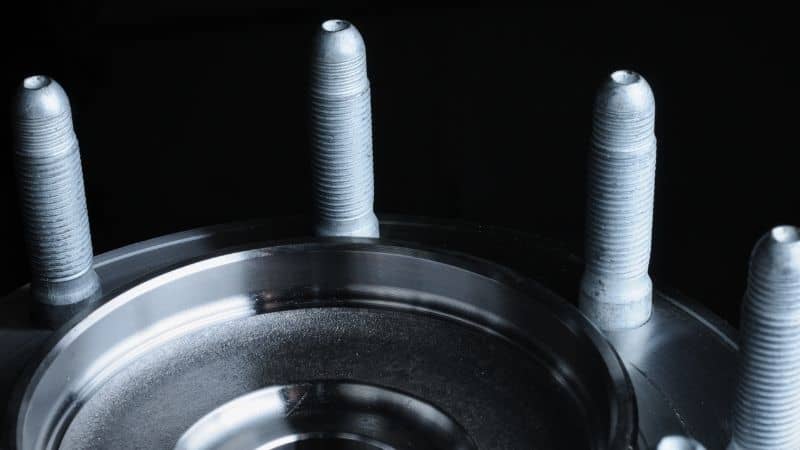 In some cases, you can look at the wheel studs and notice a problem. For instance, if you can see rust on the studs, they should obviously be changed.

Other times, you may notice a fracture or a crack. Obviously, these are signs that the wheel stud needs to be replaced as well. You don’t want to drive around with a cracked wheel stud – trust me.

You should also check to ensure that the wheel studs are properly tightened. Even if you installed them, it is always best to double-check. After all, incorrect installation is a very common cause of failure.

There are some other symptoms that occur when you need to replace your wheel studs as well.

For instance, if there is plenty of extra vibration in your steering wheel or loud noise in your wheel area, it could be a sign that your wheel studs need to be replaced.

Sometimes, clicking or ticking from the wheel area occurs as well. Usually, this noise increases with speed.

How Much Does It Cost To Replace All Wheel Studs? 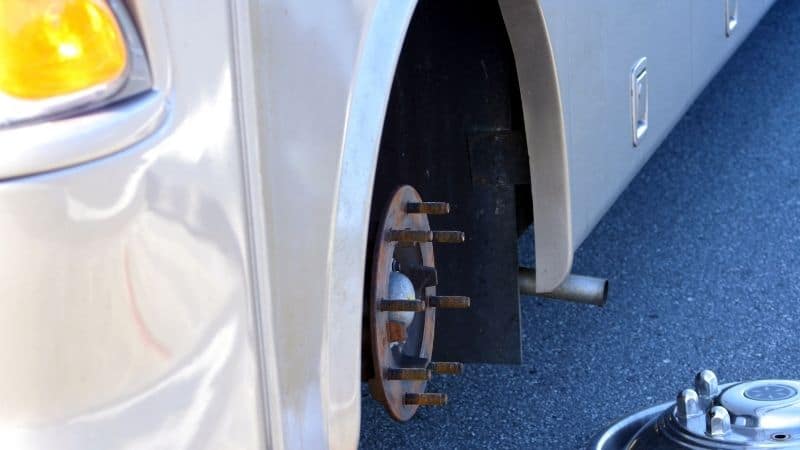 Generally speaking, it costs about $60 to $300 for a single wheel stud replacement.

Generally, this involves removing the broken wheel studs and adding new ones. If the entire wheel hub needs to be replaced, the cost will be much higher.

Of course, this is often more expensive than most people prefer. If you have to replace multiple wheel studs, this can quickly become rather expensive.

Read More:  What Are H-Rated Tires? (Are They Worth It, Benefits + More)

However, if you put off replacing a single damaged wheel stud, then you’ll likely end up damaging others as well, leading to a larger bill.

For this reason, I highly recommend replacing the singular damaged stad whenever you get the chance.

Can You Drive with 4 out of 5 Wheel Studs?

No. Each wheel stud is designed to hold a specific amount of weight. If you remove one stud, the others will be holding too much weight, which can cause them to fail. Therefore, it is best to have all your wheel studs on.

With that said, there is often some redundancy built into wheel studs. Therefore, you can often drive quite a distance with only four out of five wheel studs.

However, you never know exactly how far you can drive on those specific wheel studs. Therefore I can’t recommend that you travel very far at all.

After all, your wheel falling off while you’re driving is very serious.

To know more, you can also read our posts on how studded tires work, which tires wear faster, and how much does it cost to rotate tires.

Wheel studs are used to hold your wheel onto your car. Without them, your wheel would go flying off, so they are obviously very important.

Typically, these studs don’t get too damaged. Many of them have a decently long warranty. However, that doesn’t make them completely undamageable.

Therefore, if they become damaged, it is essential to replace them right away.