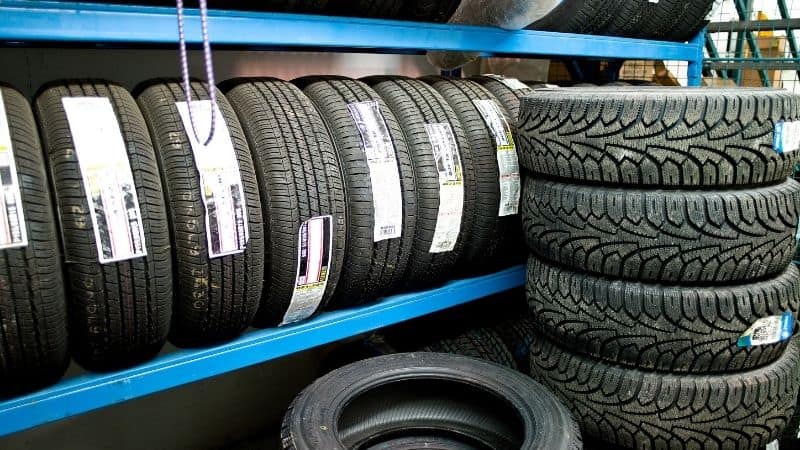 What Are the Most Expensive Tires?

The most expensive tires in the world go on vehicles that move the world like dump trucks, jumbo jets, and even space shuttles. But, amazingly, most of those tires are made by brands that you will find right at your local tire shop. They may not be as big and as expensive, but you’re likely driving on some right now.

In this list of the 15 most expensive tires, you will find that rubber tires are something our world just simply would not be able to live without, so keep reading to learn more!

If that sounds silly to you, maybe the price tag will sound even more outrageous.

This tire makes the Guinness Book of World Records for being the most expensive tire ever, sold at $150,000 each.

These tires aren’t fancy at all, in fact, you can barely even see them on a Super Jumbo Jet airplane.

However, they do their job by taking on mass amounts of forced weight at landing time.

These tires are only able to land about 300 times before they are considered not safe for landing any longer, and cost around $90,000 each.

The LeTourneau L-2350 tires have to carry some of the heaviest loads and move some of the roughest terrains in the world without getting stuck or tipping over.

Read More:  Why Do Tires Lose Air? (Even When Not Punctured...)

Standing roughly 13-feet tall and weighing in at about 12,500-pounds, this is without a doubt one of the largest and most expensive tires on earth.

This is another heavy hauling dirt and gravel machine with tires that are almost as big and as expensive as the LeTourneau tires.

This tire is manufactured by Michelin, one of the most popular tire manufacturers in the country.

These run-flat tires can withstand speeds of 250-mph, while also being able to handle cornering and all kinds of other duties.

These tires don’t only come with the hefty price tag of $10,050 apiece, they also have to be changed every 18-months, even if you didn’t drive the Bugatti at all.

6. Tires for the Space Shuttle

Not all expensive tires come on traditional earth-worthy vehicles. In fact, Michelin is in charge of manufacturing the space shuttle tires.

These tires are made to handle landing speeds of 260.98-mph and can hold the weight of 60 tons.

Filled with nitrogen gas, these space shuttle tires cost $5,000 each, with the front tire being just about the same size as an average truck tire.

We all have seen them before, the little body of a truck or a car slammed on top of a set of tires designed for cars and other huge objects.

They’re fun to watch, but not so much fun to pay for.

Goodyear and Firestone take on the duties of making these tires. Each tire is hand-built and takes 50 hours to complete.

Read More:  Broken Belt In Tire (Causes, What To Do, Is It Safe + More)

These airplane tires don’t cost quite as much as the tires of #2 on our list (the A380 Super Jumbo Jet Tires).

However, considering you need 18 tires on one airplane at $2,000 each, that can get pretty pricey. 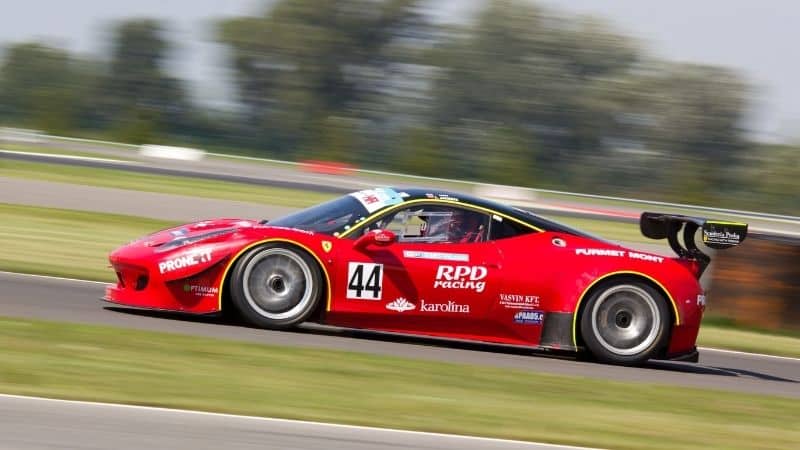 Formula 1 cars move around the race track like they’re on rails, and it takes a sticky set of high-performance tires to make that happen.

These tires only have a track life of about a half-hour before they have to be changed.

Many different tire brands contribute to the Formula 1 circuit, like Bridgestone and Pirelli. A formula 1 car goes through about 20 tires in an average race.

Another race car tire that makes it into the lineup is a top fuel dragster tire.

Just as important as the Formula 1 tires, without the technology of the Goodyear slicks, top fuel dragsters would have no chance at making it down the track at even half power.

Usually, Goodyear manufactures the top fuel drag racing tires for the NHRA circuit, and they cost about $1,000 apiece.

Sitting in the Lincolnshire Road Transport Museum, the Leyland Lions Bus Tires were ordered up at $800 per tire for its 50th anniversary celebration.

These tires can only handle a max speed of 100-mph, but that’s because they’re not made for speed.

Rather, they’re made to crawl through some of the toughest terrains the earth has to offer.

Read More:  How Much Do NASCAR Tires Weigh? + Other Common FAQs

Some people might not consider these tires, but would call them tracks.

However, to be official, they are rubber, and they go around and around, resulting in the movement of a vehicle. 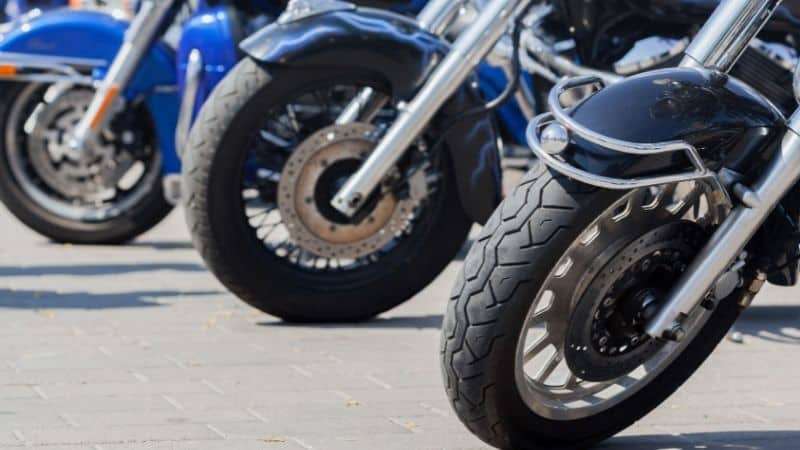 Although most motorcycle tires come in at a pretty reasonable price, there are some tires for your motorcycle that are made for performance.

Even with their size being pretty small, some sets of motorcycle tires can cost up to $400-$500 per set, that is if you want to go fast and be safe.

These tires make the end of the list because they go on a non-motorized vehicle.

Barely weighing in at a half-pound, you would have to spend $150 apiece for these bicycle tires.

A lot of people may think that’s crazy, but depending on what city you live in, there are a lot of people who depend on their bicycles for a main part of their transportation.

To find out more, you can also read our posts on how much are used tires, tires statistics & facts, and what are stretched tires.

Why Are Some Tires More Expensive Than Others?

Some tires are more expensive than others due to performance and size.

The more technology that goes into a tire for performance, big or small, the same thing, the more the cost.

If you plan on doing out of the ordinary things with your vehicle, such as hauling big loads, going faster than normal, conquering the earth’s craziest terrain, then expect to pay for tires that will help compliment you on your endeavors.