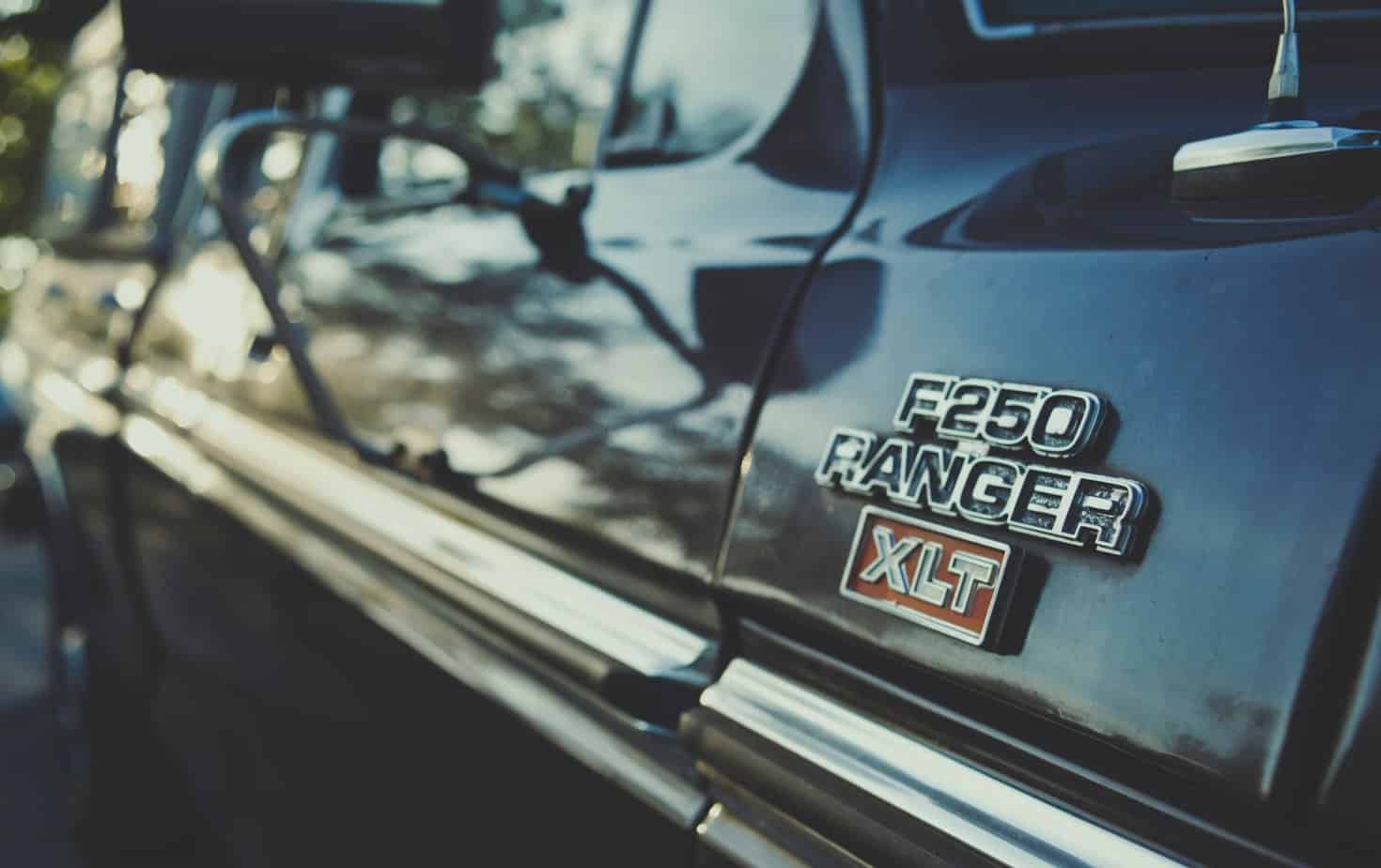 You might blame your F250’s suspension system when you find that the drive is much bumpier than you’re used to.

While it’s true that the suspension system may cause this, a component of the suspension called the cab mount that could be the culprit. Here’s what I found!

One of the noticeable symptoms of bad cab mounts on your F250 is intense vibration and lurching while driving. Additionally, your F250 may have issues with the cab mounts if you can hear unusual noises, misalignment, and the cab doors won’t close. Damage to the cab mount and bushings may also be indicative of your F250 having bad cab mounts.

Keep reading if you’re interested in learning about how a bad cab mount can affect your F250!

One of the first signs that your F250’s cab mounts are defective is when you feel excessive shuddering.

Generally, cab mounts serve as shocks that make it so that you don’t bounce off the seats of your truck when you’re driving.

In this situation, even if your F250 occasionally makes noises that appear to imply that something is vibrating you’ll probably feel this.

As a result, the cab mount’s capacity to dampen vibrations may be diminished, which could allow the engine’s noise and vibration to enter the cabin through the chassis.

Another indication of worn-out cab mounts is if your F250 violently lurches forward when you start it and it doesn’t feel natural.

As such, there will be an increase in harshness, which can translate into your truck jerking forward whenever you start your truck.

Additionally, this may also happen when you kill the engine.

as I indicated in my previous point, cab mounts lessen NVH, which can make driving your truck uncomfortable even on the smoothest roads.

For instance, if the vehicle flexes while you’re traveling, you might hear squeaking sounds.

Additionally, components striking the chassis may cause thudding noises.

Therefore, if you hear banging and squeaking coming from your truck, it’s possible that one or more of your F250’s cab mounts are to blame.

4. Cab Leaning to One Side

In addition to the points above, another symptom of bad F250 cab mounts is having the cab lower on one side compared to the other.

Usually, an F250 will have multiple cab mounts placed at the bottom of the cab.

However, depending on the condition of the roads you drive on, you may find that the mounts on one side wear faster.

Because of this, the mounts on the affected side become compromised, resulting in the bad sagging lower than the good side. 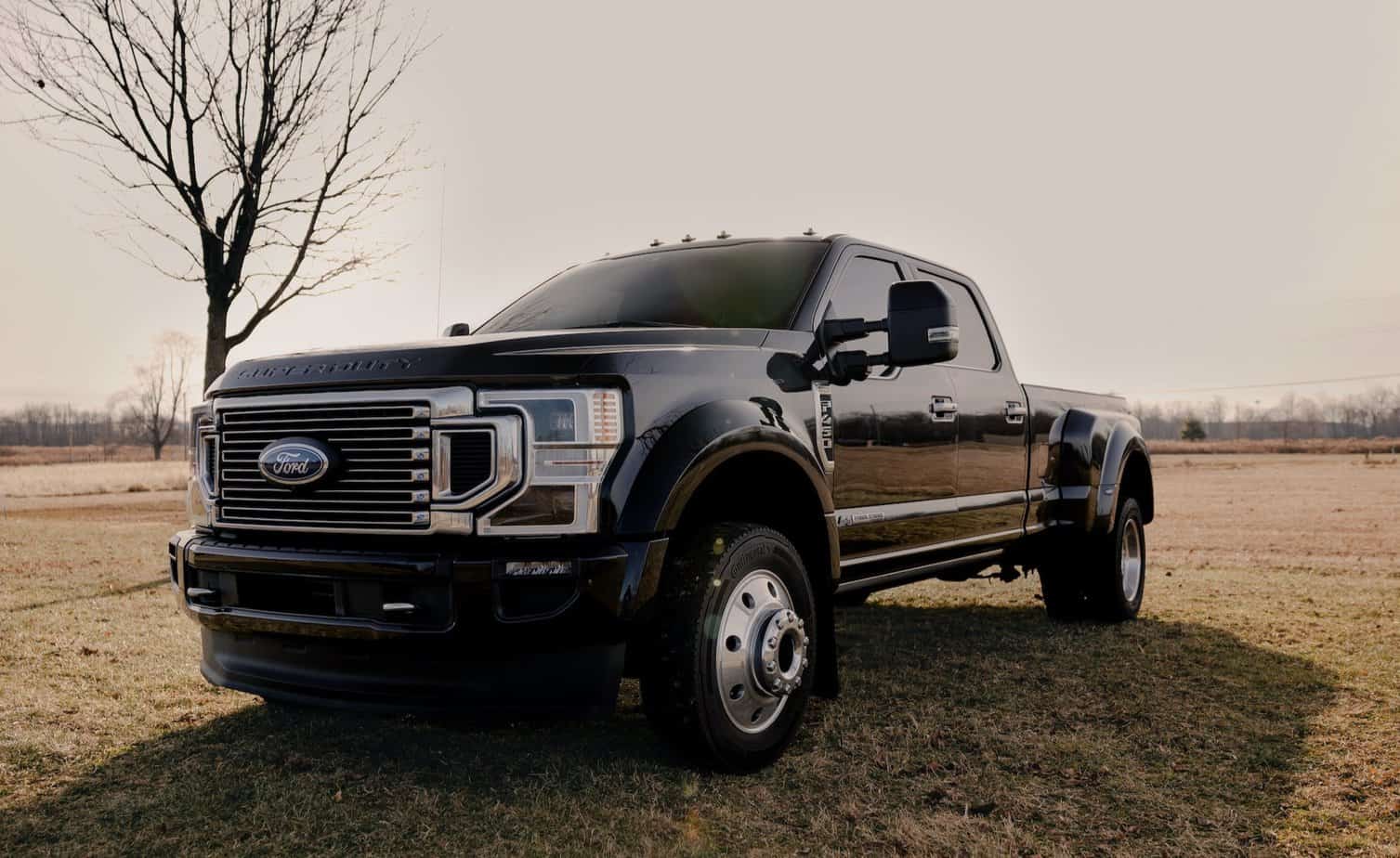 Furthermore, misalignment between the cab and truck bed may be a sign of bad cab mounts.

Generally, your F250 cab mounts deteriorate when the flexible bushing breaks down or wears out.

As such, the cab and truck bed are no longer level with each other, especially if you tend to load heavy objects on the truck bed.

All the same, it’s best to be proactive and replace the cab mounts before it progresses.

Another symptom of bad F250 cab mounts is a gap between the fender and doors.

In this scenario, the gap between the fender and the truck doors may widen and become misaligned as well.

Beyond that, opening and closing your door could unintentionally damage the truck body as the door and fender misalignments get worse.

Additionally, the window seals won’t be able to completely seal the cab, which could lead to the formation of mold and mildew.

In addition, struggling with closing your F250 doors or having doors that don’t securely close may be an indication of problems with the cab mounts.

When this happens, the doors no longer line up properly when the cab mounts are damaged, so you’ll have to slam them shut to activate the latch mechanism.

Moreover, if the problem is severe, the latch may even partially disengage, allowing the door to fly open as you turn a corner.

Damaged or worn-out mount bushings may also be a symptom of bad F250 cab mounts.

Generally, cab mounts come with sections made of a soft material like polyurethane or rubber that provide most of the cushioning for the truck.

However, these can break down over time, and leave the metal portions of the mounts exposed to components of the truck.

As such, these mounts must be replaced right away to ensure that your F250 continues to remain in good condition.

Similarly, corrosion on the mounts or bushings may indicate that you have damaged cab mounts on your F250.

Depending on where you live, constant exposure to moisture can do serious damage to the cab mounts in the form of rust.

Furthermore, the cab mounts may become misshapen over time, especially if you frequently drive over rugged terrain.

As such, damaged or corroded cab mounts can affect your F250’s drivability, and you could either replace them yourself or have a trusted truck technician perform the replacement for you.

To know more, you can also read our posts on Ford CarPlay not working, Ford Focus key fob not working, and Honda Civic not starting.

There may be several signs that your F250 has bad cab mounts; some of these are visible misalignment between the cab and truck bed and larger gaps between the fender and cab doors.

Furthermore, excessive shuddering and lurching forward upon starting your truck may be dangerous for you and other motorists.

As such, it’s vital that you take your F250 to the nearest Ford service center to get these cab mounts replaced right away.