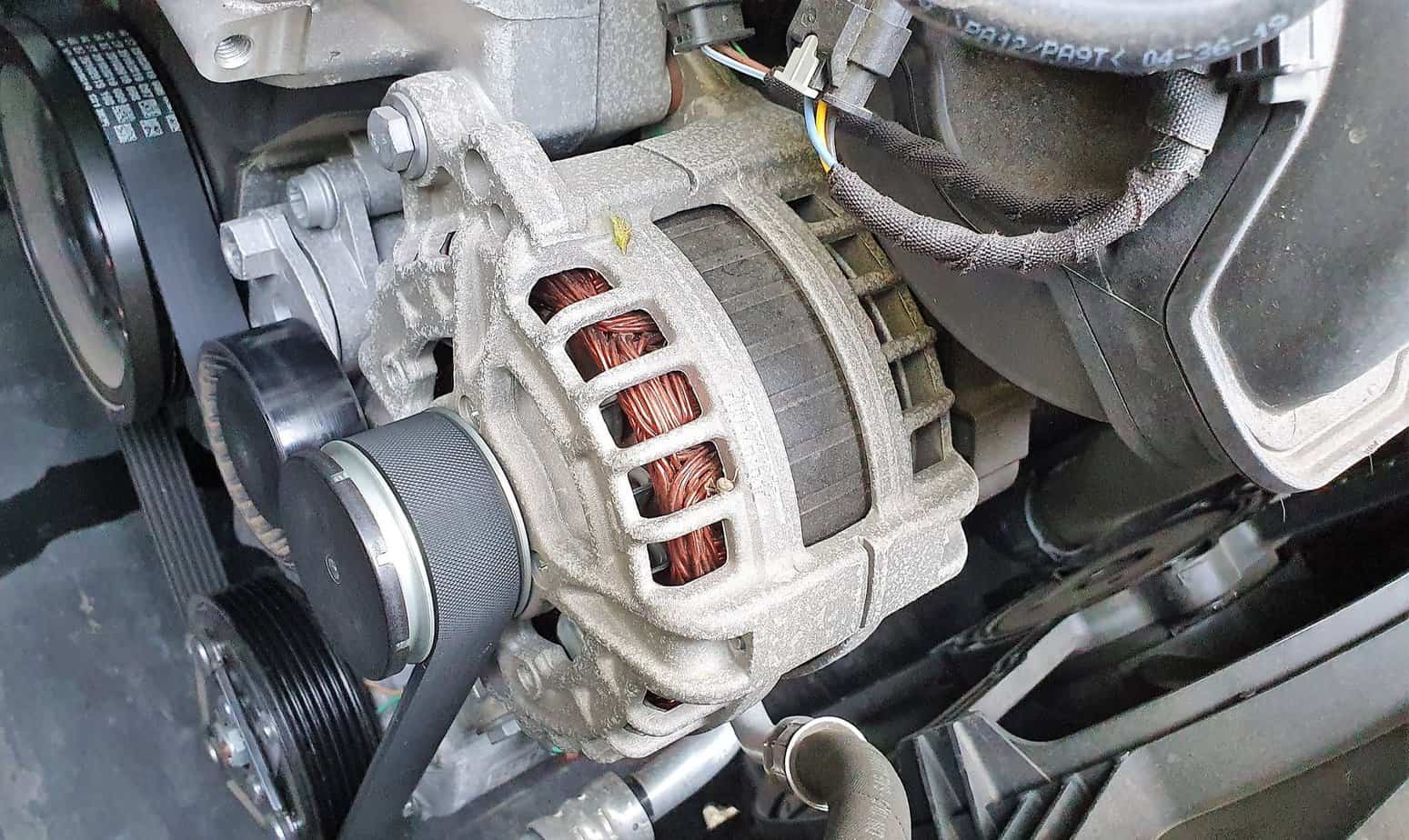 The alternator is one of the most critical engine parts in your Dodge vehicle.

Without a functioning alternator, your car’s battery won’t be able to power the accessories and engine systems for very long. Here’s what we found!

One of the more immediately visible signs of a failing alternator would be the battery charge warning light on your Dodge car.

Generally, several warning lights on your dashboard will indicate any issues you may be experiencing with your Dodge Charger, Challenger, or Durango.

As such, when you see the battery charge warning light come on, the alternator is failing to provide enough power to charge the battery.

Therefore, this is an indicator of a bad alternator.

One of the most typical symptoms of a failing alternator in a Dodge is weak or flickering lights.

Usually, the alternator provides the electricity needed to power the headlights and taillights on your car.

However, dim or flickering headlights or taillights indicate that the alternator is having trouble supplying the lights with the energy they need.

Therefore, the lights will start to dim or blink when your Dodge starts to use up the battery’s stored voltage.

Sometimes, drivers will notice whining or growling noises before the alternator fails.

However, a growling or whining noise will alert you to a problem if the pulley is not in proper alignment with the belt, if it is canted on the shaft, or if the bearings and bushing are worn out.

Therefore, if you hear these noises from your Dodge, it may likely be due to a failing alternator.

4. The Smell Of Burnt Wires Or Rubber

Aside from my points above, another significant symptom might include unpleasant odors from the engine bay.

On the other hand, if it smells like burnt rubber, it could be due to the alternator’s heat causing the alternator belt to break.

As such, it’s essential to understand the risks associated with these symptoms. 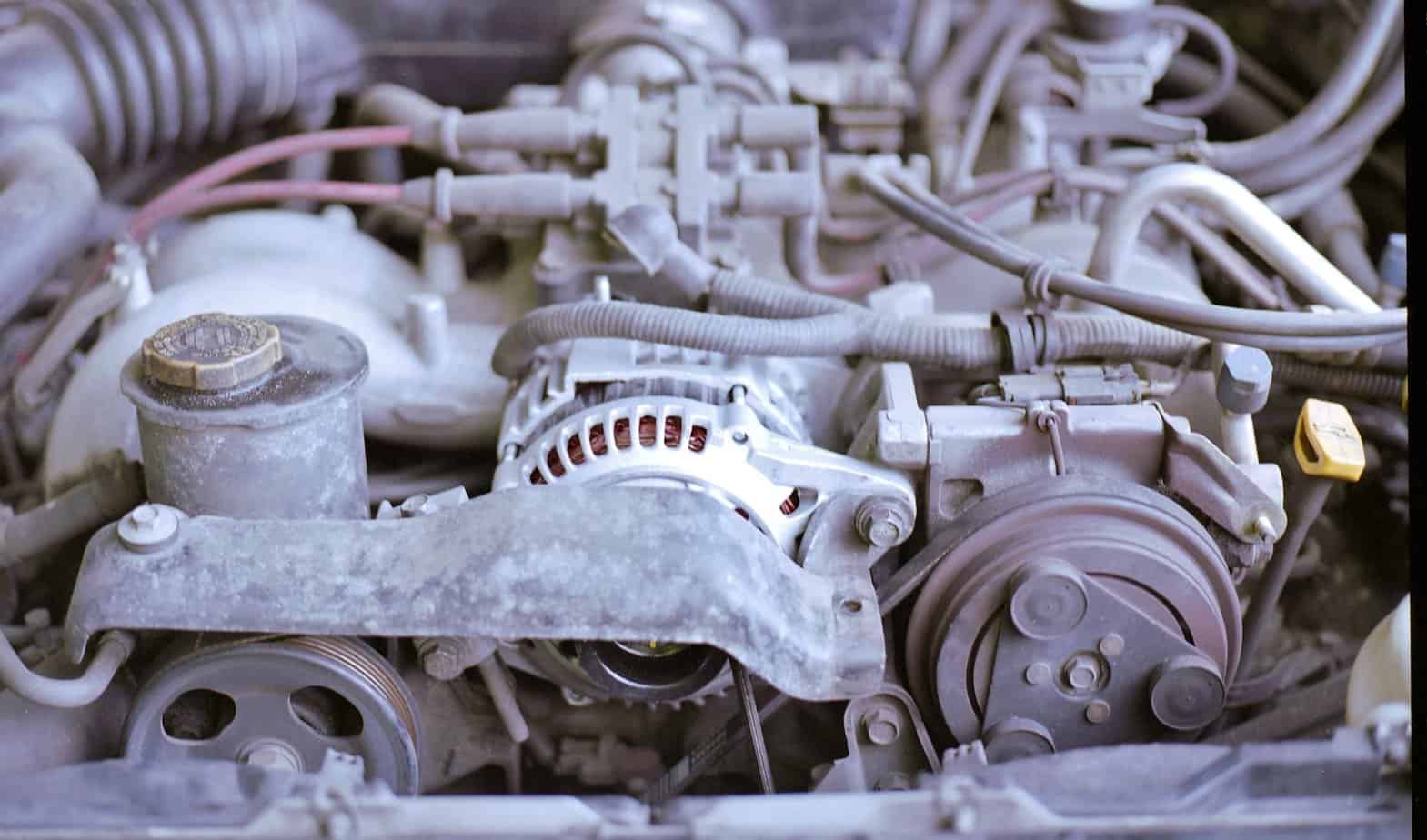 One of the most frequent places for electrical issues is your alternator, and you might not even notice that your car is using less power until you put more strain on the system.

For instance, heated or ventilated seats are available on Dodge cars, and if you find that yours aren’t working, it may be due to the alternator malfunctioning.

Conversely, the same can be said of the other electrical accessories on your Dodge, like the stereo and internal cabin lights.

Therefore, these issues can point you towards the alternator.

Furthermore, the alternator may be generating energy, but it’s either insufficient or not the appropriate type of energy.

If there are problems with the alternator’s wiring, this may reduce or prevent electricity from getting to other parts that need them.

Additionally, the alternator’s diode rectifier may prevent the conversion of AC to DC electricity that powers the car’s components.

Read More:  Why Are Airstreams So Expensive? (9 Reasons Why)

As such, these may be indicative of problems with the alternator.

Occasionally, you may complain about the standard alternator problems, only to have the car checked and discover the belt is either missing, hanging off the engine block, or is so slack it is flapping around the engine compartment.

In this case, the alternator may have overheated to the point that it damages the alternator belt, which may then affect a lot of the other parts of the Dodge.

Additionally, a bad alternator could be to blame if your Dodge stalls often or isn’t able to start.

When the alternator isn’t able to power the battery, then the battery won’t be able to provide enough energy to trigger the ignition process that starts your car.

Moreover, the spark plugs may not receive enough electricity from the alternator to keep the engine running, resulting in the engine stalling.

Therefore, these problems may indicate a faulty alternator on your Dodge.

Aside from my points above, a dead battery may result from a bad alternator.

In this case, the car’s battery takes over if the alternator fails, which means that the battery loses power over time without the alternator to charge it when you’re driving.

However, car batteries aren’t meant to power the car for a long time, which may result in the battery running out of power.

In other words, even if the battery wasn’t the issue initially, a defective alternator can draw your attention through your car’s battery dying.

To know more, you can also read our posts on why Ford is better than dodge, why Dodge is not in NASCAR, and why your Dodge Ram shut off while driving.

When you suspect the alternator may fail, there are a few indicators to watch out for, such as a dashboard warning light and odd sounds or odors.

A faulty alternator can seriously harm your car’s ignition system and engine, so it is important to get the alternator in your Dodge checked by a professional.