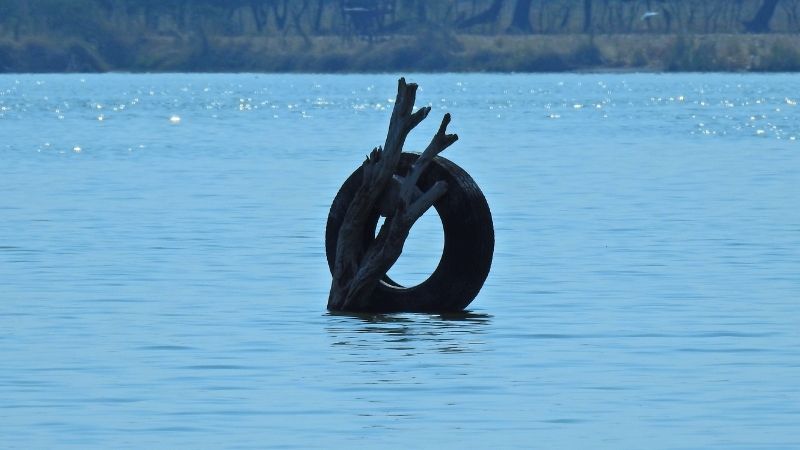 As a car owner, you might be curious about how tires behave when they are placed on a water surface.

Tires are primarily made of rubber, but they have other extra materials that determine whether they float or sink in water. So, do tires float? Are there times when they sink? Here’s what I discovered.

Tires can float, but others sink depending on the size, weight, and how they are placed on the water surface. If you throw a dismounted tire into the water and put it horizontally, it will most likely float because it has more surface area touching the water. However, if they are positioned standing up like on a vehicle or a weighted, they’ll sink.

To learn more about why some tires float and others sink, yet they are made from rubber, keep on reading!

Do Tires Float In Water?

The answer is yes and no. As mentioned above, tires float in water depending on how they are placed on the water surface.

In general, rubber floats because its density is far less than that of water. However, if the density of the object is greater than water, it would sink.

Why Do Tires Float?

Tires float because the upward push by the water is in excess compared to the weight of the object, a phenomenon known as buoyancy or buoyant force.

Buoyancy comes from the pressure difference between the lowest and uppermost layers of water. Therefore, it lifts the tire as it forces its way in the upwards direction.

Apart from buoyancy, the density of the tire also affects whether it will sink or float; therefore, if it’s higher, the object will sink, and if it’s lower, the tire will float.

Read More:  How Do Snow Tires Work? (Your Complete Guide)

In this case, the tires float because the greater area of the object is in contact with the water surface, which happens only when the tire is lying flat.

In this position, there’s a greater buoyant force, and the tire can stay afloat for longer until disturbed.

However, when you stand the tire up, the surface area in contact with the water is reduced, making the tire’s weight greater than the available upward push. Most ties will sink in water when placed in an upright position. 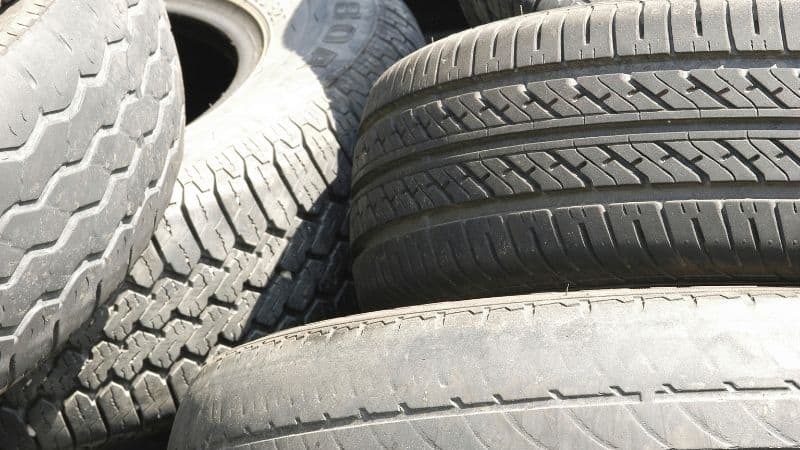 Tires will sink if they are placed in an erect position because the surface area touching the water is minimal.

According to driver forums, the tires can also sink if it’s a mounted tire because of the weight per square inch of the tire/wheel surface.

The ability to sink or float doesn’t depend on whether the tire is well inflated or underinflated; therefore, it’s safer to avoid excessively flooded areas when driving.

Tires will not reduce the chances of a car sinking when there’s an accident.

How Are Floating Tires Useful?

Because of the buoyancy effect, tires are useful in different situations. Let’s take a look at some of them.

When placed horizontally on the water surface, tires can be used as swim rings to aid people who are new to swimming or those who need to take a dip in deep waters.

Tires can take up the place for swim rings which are also used for protection for kids as well as for adults who are learning how to stay afloat.

These tires are used for this purpose because the actual swim rings are light, hollow, ringed structures that are made of rubber or PVC and filled with air to allow for buoyancy.

Although tires can operate as swim rings, it’s only up to a certain extent because the actual rings are much lighter and have greater buoyancy compared to tires, making them easier to use and more reliable.

Therefore, if there’s no alternative, the tires are more suitable for kids and should not be fully relied on for floating power for adults.

Are Tires Useful In A Flooding Area? 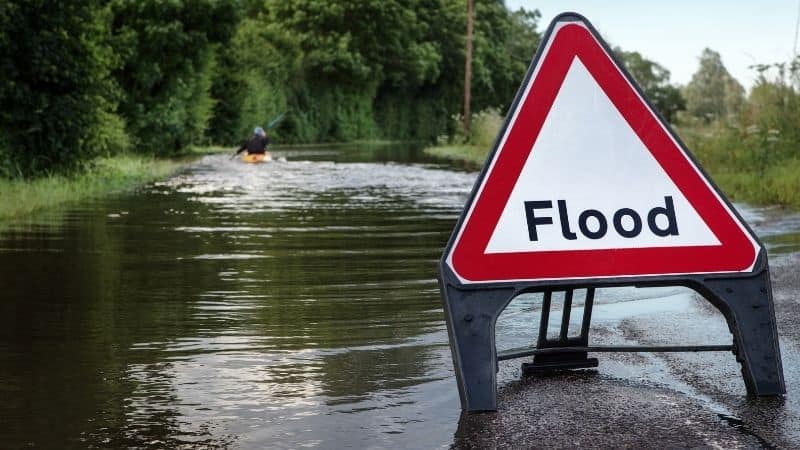 When driving through flooded areas, two feet of water is enough to float a 3,000-pound car.

Water as little as 6 inches can make you lose control of your car; therefore, it’s better to leave your vehicle and look for higher ground until the water subsides to avoid the risk of the car sinking.

Drivers lose control of the car because the tires act as floatation devices on shallow water, which could lead to hydroplaning.

As the car is floating, you’ll not be able to steer; therefore, when this happens, you should hold the steering wheel lightly and lift off the gas until your tires regain grip.

To know more about tires, you can also see our posts on how long do all-season tires last, why are tires made of rubber, and how long do tires last in storage.

Tires can float or sink depending on conditions such as density and buoyancy. When placed horizontally, they experience an upward push that makes them float on the water surface.

Read More:  Over Inflated Tires Symptoms (5 Things To Be Aware Of)

However, they’ll tend to sink when placed in the water vertically or if they are weighted because the density is far way more than the water.

This floating effect is beneficial in some instances, such as when tires are used for swimming to help keep people afloat and to aid those learning how to swim for the first time.

These tires should only be used to a certain extent and for kids rather than adults.

Although tires can float, driving through flooded areas is not advisable, especially when the water level is extremely high. The buoyancy of the water will automatically push the car up and lead to hydroplaning, which can be dangerous and lead to accidents.