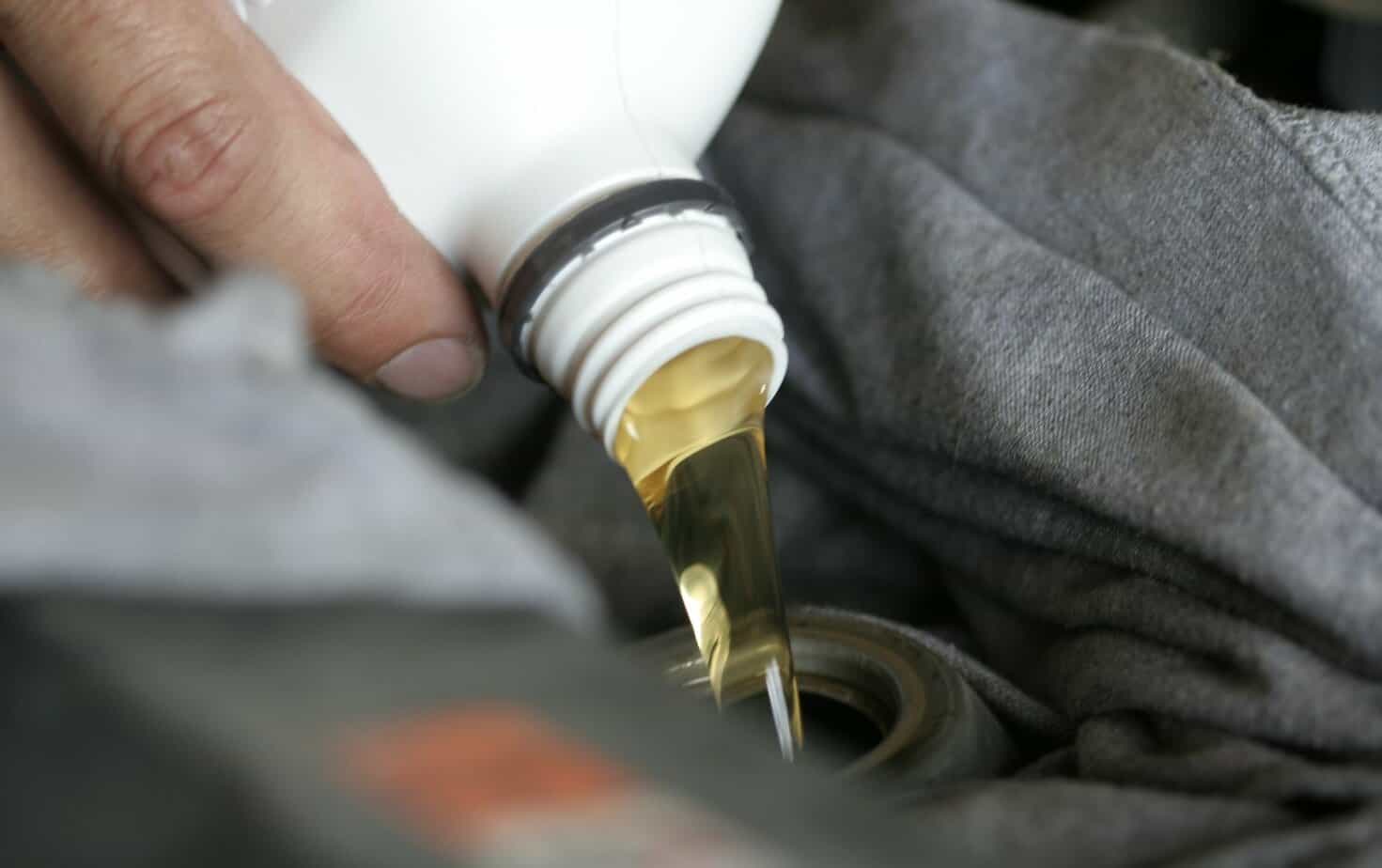 Almost all gas powered cars require engine to lubricate the engine and make the moving engine parts move smoothly. However, there are issues that can occur with your engine oil, such as smoky oil.

You may be wondering why your oil is smoking. I did the research, and here is what I discovered!

Why Is My Oil Smoking?

One of the most common reasons you see smoke in your car, it is likely because you have a worn valve ring or seal.

There are valve rings or seals in various parts of your car, including the one that houses engine oil, to keep the oil within the engine.

Once the ring or seal is damaged, the engine oil may come out and leak onto your car’s hot engine, which causes smoking engine oil.

Another common reason why there would be smoke coming from your oil is that you added too much oil into your oil reservoir.

Normally, there is an ideal amount of oil that you should put into each car, as adding too much can lead to many issues.

For instance, overfilling your oil reservoir can lead to dense white smoke coming out of your engine block and exhaust pipe.

Occasionally, you will also have an oil leak when you add too much oil to the oil reservoir.

Another common reason why you could have smoke burning from your engine oil is that your oil is dirty.

Dirty oil will be full of debris, such as dirt and small leaves, and could have other components like metal.

When dirty oil is used throughout your engine, the dirt within the oil can get burned and create smoke.

Other than overfilling your oil reservoir, another common reason why your oil smokes is that you do not have enough oil in your car.

Your car should always have enough oil in the reservoir because the oil is used to lessen friction and prevent overheating.

When there is little to no oil in your engine, the engine parts will overheat and make loud sounds when you use your car.

Since the engine will be overheating, whatever little oil there is in your engine will likely start to smoke from the heat.

5. Oil Burning In The Combustion Chamber 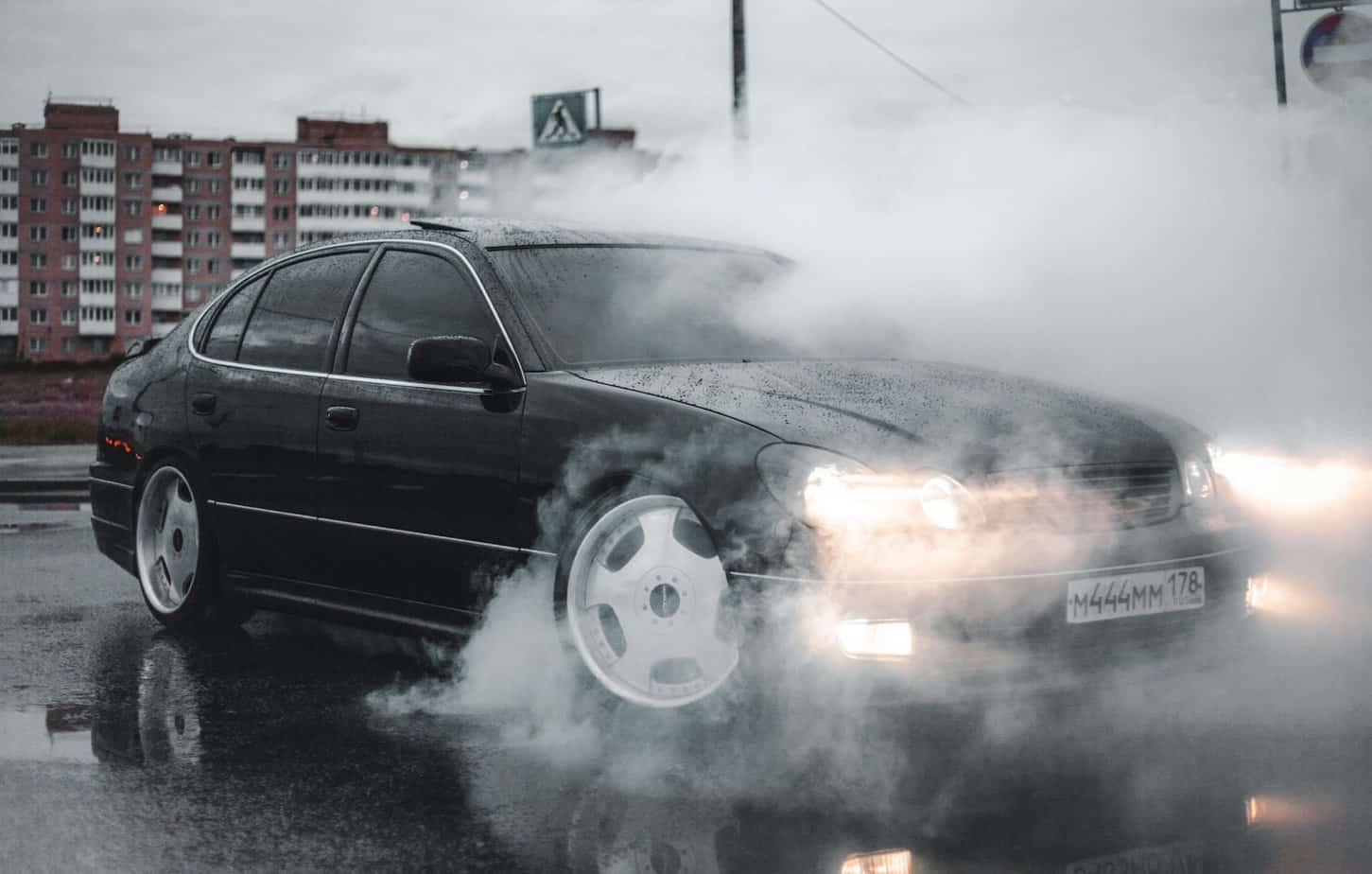 Generally, your combustion chamber is meant to only have air and fuel in it since the air and fuel has to be ignited to start the car.

However, other parts of your car can enter the combustion chamber, such as your engine oil.

If you have an engine oil leak, the engine oil could have entered the combustion chamber, causing a lot of smoke to escape your car and burn oil.

Another example is that the seals have worn out, making the engine oil leak onto your piston rings.

There are many types of engine oil that have different levels of quality, viscosity, etc., so using the right type of your oil for your car is crucial.

When you use the wrong kind of oil for your car, it will likely have a different viscosity than your car should use.

As such, your car would quickly burn the engine oil and make the engine oil very thin, degrade, and then burn out, which would often lead to your oil smoking.

Normally, you will know that it is your transmission fluid if thick gray smoke comes out of your tailpipe.

Some older car models tend to use up engine oil a lot faster than modern cars, which can easily lead to the oil burning and creating smoke.

Usually, oil changes are required every 7,500 to 10,000 miles for modern cars, but older cars than tend to burn oil ought to change their oil every 3,000 miles.

Sometimes, the problem may not come from engine oil but a different fluid in your car, such as the engine coolant.

Coolant is a type of fluid that helps remove excess heat from your car’s engine to prevent overheating.

Read More:  Why Was The Chrysler 300 Discontinued? (9 Reasons Why)

Similar to leaking engine oil, your engine coolant could be leaking onto your engine, which would lead to the engine burning off the coolant and creating smoke.

Normally, a coolant leak can occur due to a hole or tear in one of the tubes that transfers coolant throughout the engine.

In rare cases, the coolant reservoir itself could be damaged since a small crack in the reservoir can cause a leak.

Normally, oil is smoking because you have a problem with your engine oil, such as adding too much or too little engine oil.