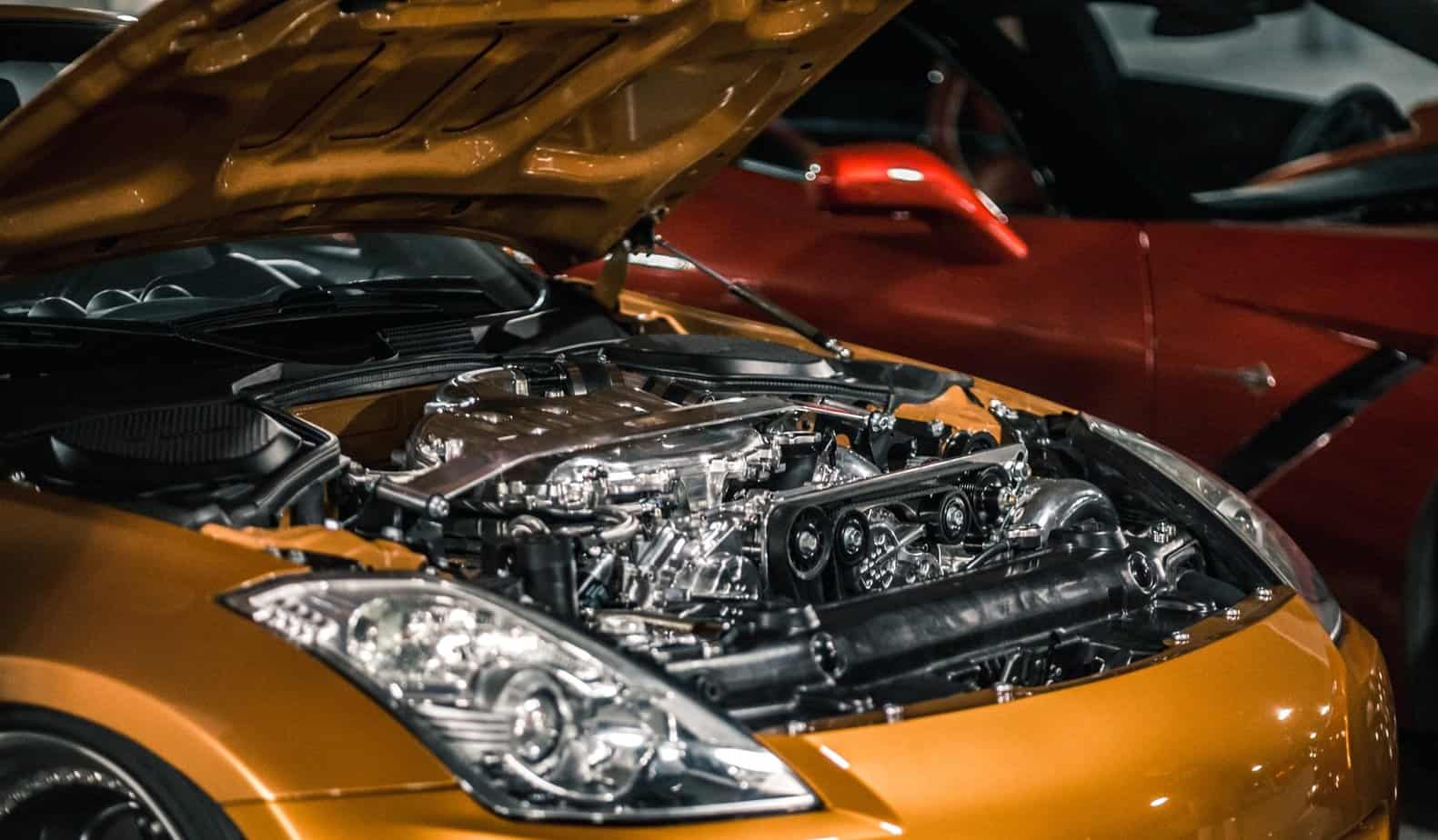 Engines occasionally make a noise, especially if you have an older car. However, hearing your engine make a knocking sound could be a sign that you have a bigger problem in your car.

If you hear your engine knocking, you will want to know why it is making that noise. Fortunately, we looked up the facts, and here is what we discovered about the matter!

Why Is My Engine Knocking?

Engines knock because there is an issue within the car’s combustion cycle, which is normally an interruption caused by improper fuel, lean fuel and air mixture, bad knock sensors, faulty fuel injectors, and more. Also, some sounds the engine makes can be similar to knocking, such as the tapping noises created by bad hydraulic lifters.

Are you curious to learn about more reasons why your engine is knocking? We compiled a list of reasons below, so read on!

While you may be tempted to put cheaper fuel in your car, improper gasoline for your car is a common reason why the engine knocks.

With that, you need to put the proper fuel in your car to make the engine last longer and to improve the car’s overall performance.

Also, you can check your car’s manual to learn what octane rating and what fuel quality you should get for your car.

Another common reason why most car engines knock is a bad knock sensor since a knock sensor is meant to prevent engine knocks.

Your knock sensor monitors the engine for knocks and sends signals to the engine control unit.

If the knock sensor is faulty, the sensor will send the wrong signals, which can lead to a knocking engine.

Typically, a mixture of air and fuel will be injected into the car’s combustion chamber, which must be balanced to ensure the engine runs properly.

Read More:  Why Is My Alternator Not Charging My Battery? (11 Reasons Why)

That said, if the mixture within the combustion chamber is lean, which means there is too much air, your car will have multiple detonations instead of one, making the engine knock.

4. Gap In The Spark Plug

That said, gaps between the electrodes in the spark plug determine how much power a spark plug will give to ignite the air and fuel mixture.

If there is a very narrow or very wide gap, it will interrupt the car’s combustion cycle and make the engine knock.

While most spark plugs essentially do the same thing, using the wrong type of spark plug for your car can cause knocking in the engine.

Usually, choosing the wrong kind of spark plug will create a very weak spark or make no spark.

Fuel injectors are in charge of spraying or injecting fuel into the car’s combustion chamber, but they can go bad and lead to engine knocking.

When this happens, the injectors will spit fuel instead of spraying, interrupting the combustion cycle and making the engine knock.

Generally, combustion will produce carbon deposits and soot that will get stuck in the car’s cylinder and piston.

Read More:  Why Does My Car Insurance Go Up Every 6 Months? (9 Reasons Why)

With that, while most types of fuel used for cars nowadays will have fewer substances to avoid this, carbon deposits will eventually appear over time.

Further, the compression space gets smaller when carbon deposits get stuck in the cylinder and piston, leading to improper combustion cycles and knocking sounds. 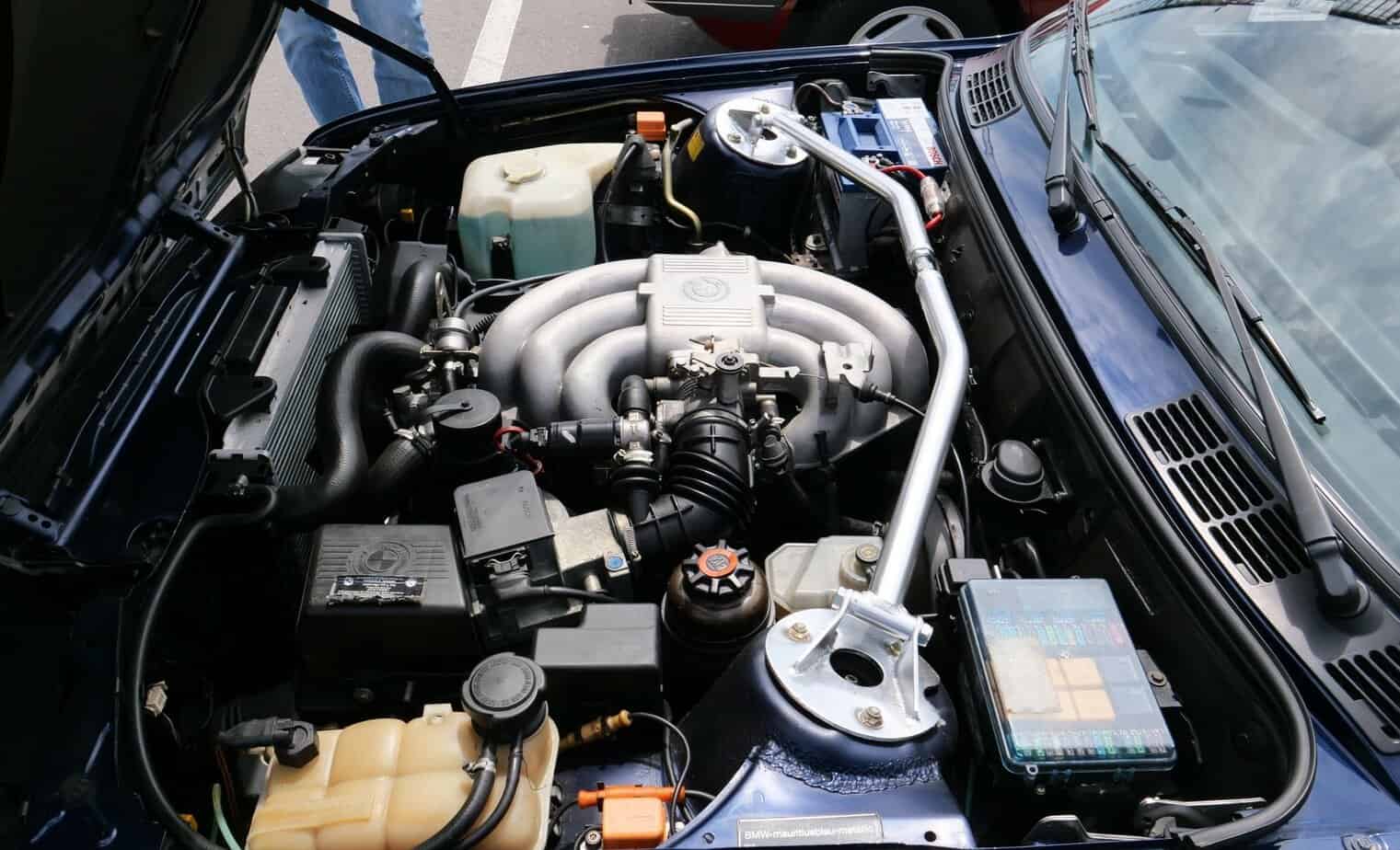 One of the most common reasons people have knocking sounds in their engines is that they are low on engine oil.

Usually, there will not be enough lubrication and a loss of oil pressure when your car lacks engine oil, which can cause engine damage and engine knocking.

That said, this is commonly seen in older cars that use more engine oil, but you need to change your oil as recommended in your car’s manual.

Usually, there are bearings in the middle of tensioners and pulleys, which can wear out along with the pulleys and tensioners.

When this occurs, the engine will make various sounds, including knocking, squeaking, and grinding.

Normally, you can expect tensioners and pulleys that make this sound are from the AC compressor, water pump, or alternator.

Improper oil flow can cause a lot of damage to an engine while making the engine knock.

Usually, improper oil flow occurs because there is a clog in one of the oil canals, which can frequently occur in high mileage cars and if you do not regularly change your car’s oil.

One serious reason your engine knocks is that your piston rod or crankshaft bearings have worn out.

When this occurs, you will hear your engine knock, along with other symptoms like overheating, excessive engine oil burning, and weaker engine performance.

Read More:  Why Were Electric Cars Invented? (9 Reasons Why)

If you have bad or advanced ignition timing, your car will ping or knock because of an interruption in the combustion cycle.

That said, while this can occur in both old and new cars, newer cars cannot adjust the ignition timing since it is often electronically controlled.

Occasionally, hydraulic lifters in your car can get worn out, and when they do, they often make a tapping noise similar to knocking.

Sometimes, you can fix this problem using thicker engine oil or more viscous engine oil to seal any clearances.

Your fuel pump’s job is to bring fuel to the engine, but when it goes bad, there will not be enough fuel in your engine.

When this occurs, the air and fuel mixture can become too rich, which will lead to your car’s engine making knocking sounds.

Seals and gaskets are crucial because they prevent engine leaks, so when they are bad, they can make engines knock.

Usually, it is best to have these gaskets and seals completely replaced instead of trying to repair them.

To know more, you can also read our posts on why your engine is shaking, why your service engine soon light is on, and why your steering wheel is hard to turn.

Engines can make knocking sounds for various reasons, but it is often due to a problem in the combustion cycle, such as faulty fuel injectors, spark plugs, bad ignition timing, and more.

Also, other sounds can mimic the noise of a knocking engine, like how bad hydraulic lifters make tapping noises.