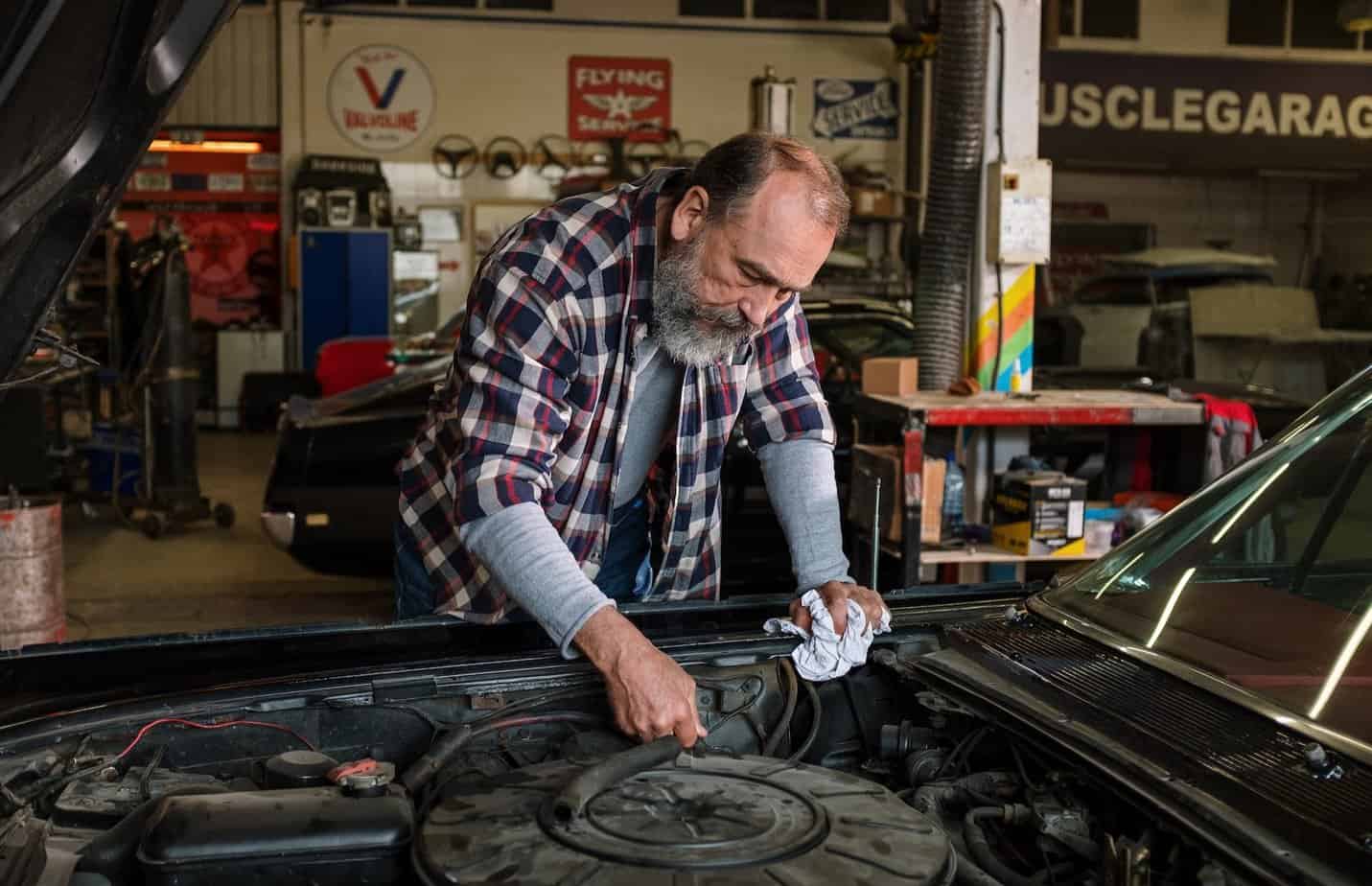 A car’s most crucial system is the engine’s cooling system. Without it, your vehicle’s engine may overheat and have significant problems, such as seizing and needing an engine replacement.

Overheating can induce cracking of the gasket or other problems, costing thousands to repair or replace, so why does coolant cease circulating? Let’s discover more about it in this post!

Why Is My Coolant Not Circulating?

Your coolant not moving could be caused by your water pump impeller deteriorating or getting damaged. A driving belt on your alternator or the radiator thermostats could be to blame. Your coolant may stop flowing for these reasons, so you’ll need to go through each one to determine what’s happening and what you can do to address it.

Find out more about why your coolant is not circulating in a few moments. Here are 11 reasons why; read on!

The water pump transports the hot coolant to the radiator, which is kept cool by your vehicle’s radiator.

So, under the hood, the radiator is located at the front of your automobile and has numerous fins where the water and coolant flow.

As it does this, the air from outside enters the vehicle grill, passes over the radiator, and cools it.

Therefore, before the coolant exits the radiator in the bottom section and moves quickly back to the pump, it is cooled by this action.

The thermostat is a valve between the radiator and the engine. Further, the wax in the thermostat stretches and shrinks.

In addition, when the coolant in the engine gets too hot, the valve opens, enabling it to leave and cool off in the radiator.

As a result, coolant stays inside the engine block and maintains the engine’s proper temperature as long as the thermostat is closed.

Depending on the obstruction, air blocking any portion of your vehicle’s cooling system will cause it to run hot or cold.

For example, the heated coolant won’t be able to flow to the engine if the obstruction is in or near the water pump, which it frequently is.

As a result, the radiator will remain cold, as will the hoses going in and out.

The only method for disposing of the airlock is to open the circuit and let it out because it can travel around.

Keeping an engine at the proper temperature keeps the coolant running through the radiator, hoses, engine block, and cylinder head.

In addition, the belt is used to power the crankshaft pulley or sprocket. Further, centrifugal force and the pump’s impeller blades move coolant through the cooling system.

Of course, the coolant enters the radiator at the top after flowing around the engine and through a hose.

Then, the coolant exits through the bottom hose after being cooled by air passing over the radiator’s fins.

Lastly, the cooled coolant is returned to the water pump, which then sends it back to the engine.

One of two belts powers your vehicle’s water pump based on the model and make of your car.

That said, a serpentine belt frequently drives other parts and systems in the automobile, including the alternator, air conditioning compressor, and power steering pump, making this an unlikely cause.

Further, these systems will also have issues if a serpentine belt drives your car’s water pump.

So, you’ll most likely notice a ticking sound in your engine and malfunctions if the timing belt or chain drives the water pump. 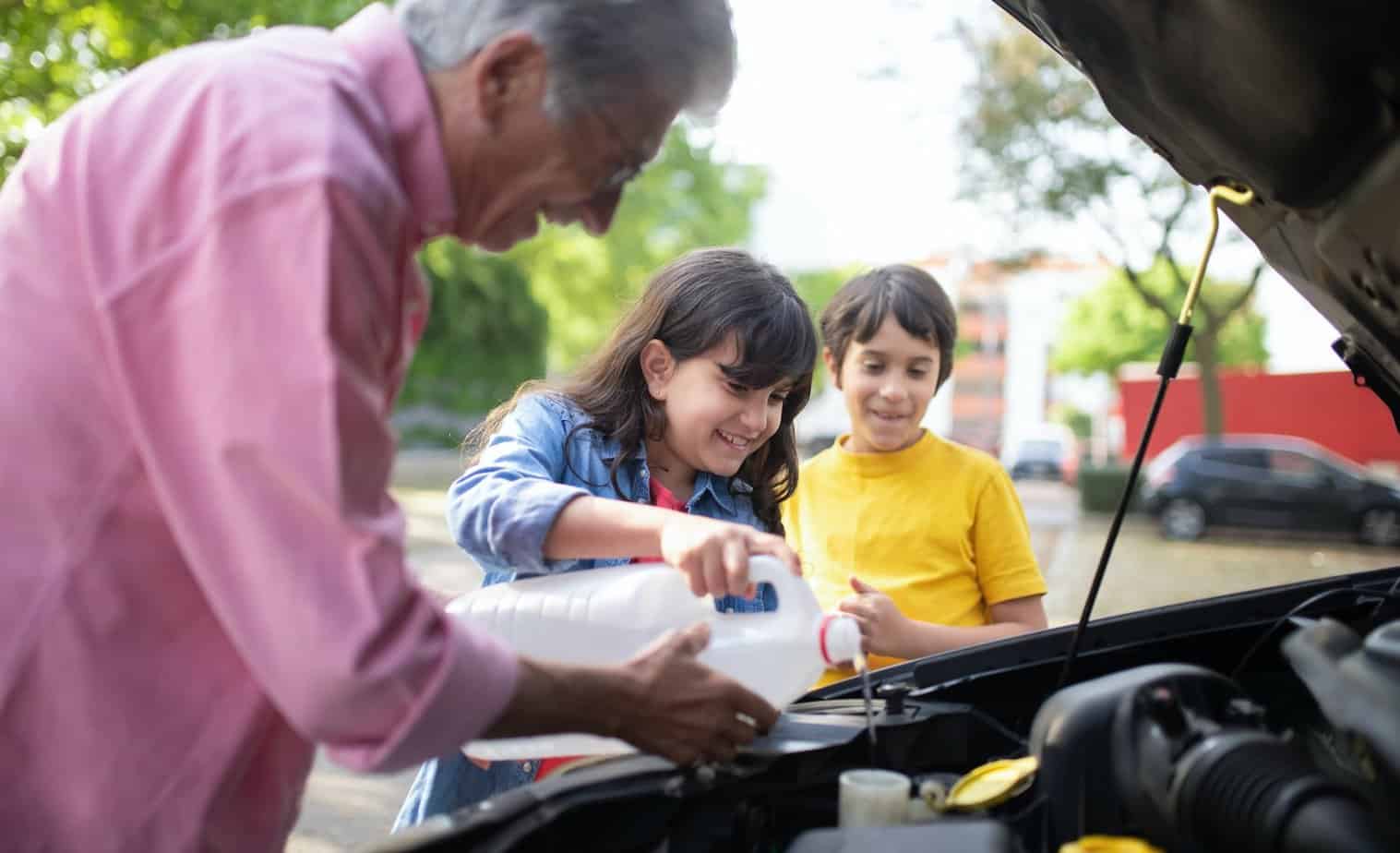 You will probably become aware of external corrosion on your car. But, even if you can’t see it, it’s happening in your vehicle.

Read More:  Why Did My Progressive Insurance Go Up? (9 Reasons Why)

Of course, rust and oxidation are inevitable when metal, liquid, and air are together. For example, your radiator may develop holes, leak, or have other problems.

So, inspect your radiator for corrosion if your automobile runs too hot. You should see it clearly from the outside, yet you can also detect if your coolant starts to turn brown.

Additionally, you should be extra cautious of corrosion if you drive your car in chilly climates.

The cooling fans, situated between the radiator and the engine, are beneficial when the car is stopped or traveling at a speed too slow to drive air through the grille.

In addition, electric cooling fans, which come on and off as necessary, have shown to be an adjustment over engine-driven fans that slow down when they’re more needed.

Leaky hoses are the most frequent source of radiator leaks, but the radiator itself can also leak, which can be a more significant issue.

Further, there is a lot of pressure created by the coolant flowing continuously from the radiator to the overheated, running engine and back again.

Therefore, the hoses will eventually deteriorate or become loose, enabling coolant to leak out of the system, affecting the circulation, and eventually causing overheating.

An accumulation of mineral deposits, sometimes known as “gunk,” is another typical issue with radiators affecting coolant circulation.

That said, you may recognize gunk by its thick, nasty, goopy nature, which appears to exist for no purpose other than clog up things.

Of course, your radiator’s ability to pump the correct quantity of coolant to the engine is hampered by mineral deposits, debris, byproducts, and other obstructive buildups.

So, if your automobile is overheating or heating up too rapidly and you don’t notice any signs of rust, leaks, or hose separation, look inside the radiator for any accumulation of muck.

Airflow can get obstructed for several reasons, including clogging brought on by foreign objects to the radiator’s front or when enough fins are twisted or broken.

Also, due to their sensitivity, a tiny particle of gravel striking them while driving might harm the fins. Damage could also happen when replacing a radiator or cleaning the fins with water.

Of course, the fins can easily distort and obstruct airflow if excessive water pressure is applied, like when using a solid stream or power washer.

Therefore, when enough fins are destroyed, the radiator might get so clogged coolant does not circulate that the engine overheats.

Radiators are made to provide cooling in your vehicle, and fin tubes intersect the radiator’s front; these pipes transport warm coolant.

Additionally, the radiator fan circulates outside air over and around these fins as you drive to reduce the coolant’s temperature before it returns to the engine.

Then, the airflow is restricted in these tubes if they accumulate dirt, insects, leaves, or other debris, which prevents the coolant from cooling sufficiently.

Poor coolant circulation might be caused by several reasons, such as a faulty radiator, hoses leakage, and damaged coolant fans.

So, knowing the early signs may prevent your engine from overheating, leading to other engine component issues.

Therefore, understanding why your coolant circulation is poor will significantly help you prevent further damage to your vehicle.