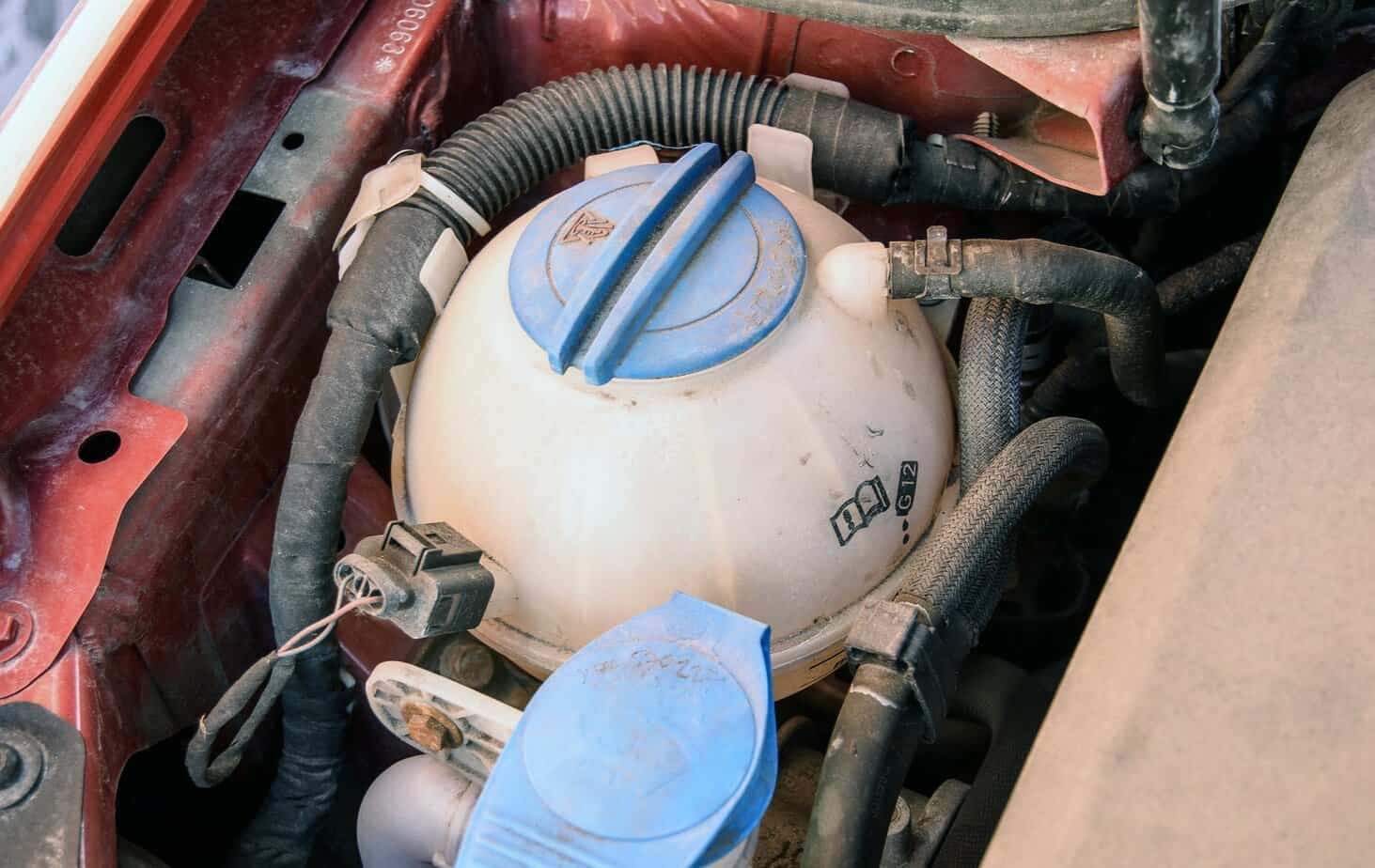 Every time that you top up the fuel tank, you must monitor your fluid levels, but most individuals opt to leave it to the experts, and it’s a terrible error.

It doesn’t necessarily imply that everything is operating as it should just because there are no fluids visible on the ground.

There are several possible locations where your coolant could leak, and if you don’t keep an eye out for the signs, you could wind up with an engine that overheats all the time.

Let’s discover more about it!

Why Is My Car Losing Coolant?

Learn more about why your car is losing coolant. Here are nine reasons why.  Keep reading for further information!

1. There Is a Leakage

Unmistakable indicators of a coolant leak can occasionally be seen, such as steam beneath the hood or odd droplets on your ground, but not usually.

A small crack in the hose, a minor hole in the radiator, or a problem with the water pump could all be the cause of the vanishing engine coolant.

Additionally, a coolant leak could appear inside your car or it could just vaporize into mist thanks to your defroster.

Once your automobile has been parked overnight, check for signs of a coolant leak in the morning. Find any puddles or spills on the ground beneath your car’s hood.

If you discover any liquid that resembles coolant, lift your car’s hood and carefully examine the components above, particularly the hoses that connect to and travel from your radiator.

Additionally, look for moisture on your radiator’s underside.

It’s possible that a mechanic will explain the issue to you right away.

The combustion chamber rather than the ground is where everything leaks when a head gasket fails, which is a common occurrence.

Though this truly can’t leave any outward evidence on the ground, it’ll be extremely simple if you look more closely at the exhaust.

Of course, there will be a great deal of white smoke that comes from your vehicle’s exhaust if your head gasket has blown.

This is due to the fact that, regardless of the coolant color your automobile uses, coolant burns white as opposed to gas, which mostly emits black or clear exhaust emissions.

Your vehicle’s engine is burning coolant elsewhere if you’ve checked out the internal leak. The radiator cap is the most typical location.

Further, radiator caps keep the pressure within the system, and if they’re not sealing effectively, some steam-filled, highly pressurized coolant may leak out.

So, whenever your engine has warmed up, a glance at your radiator cap will allow you to determine whether steam is going out.

Therefore, if you notice any smoke or steam emerging from the cap, you should replace it immediately.

While a leakage onto your vehicle’s engine block will usually inevitably affect a puddle to form under your car.

In addition, if the leak is occurring straight onto the top of the engine and is puddling till the engine heats up, the coolant may be burned up before it could even hit the ground.

The telltale symptom is a cloud of white smoke emerging from the vehicle’s engine bay while your engine is running, and although it’s uncommon, it can happen. 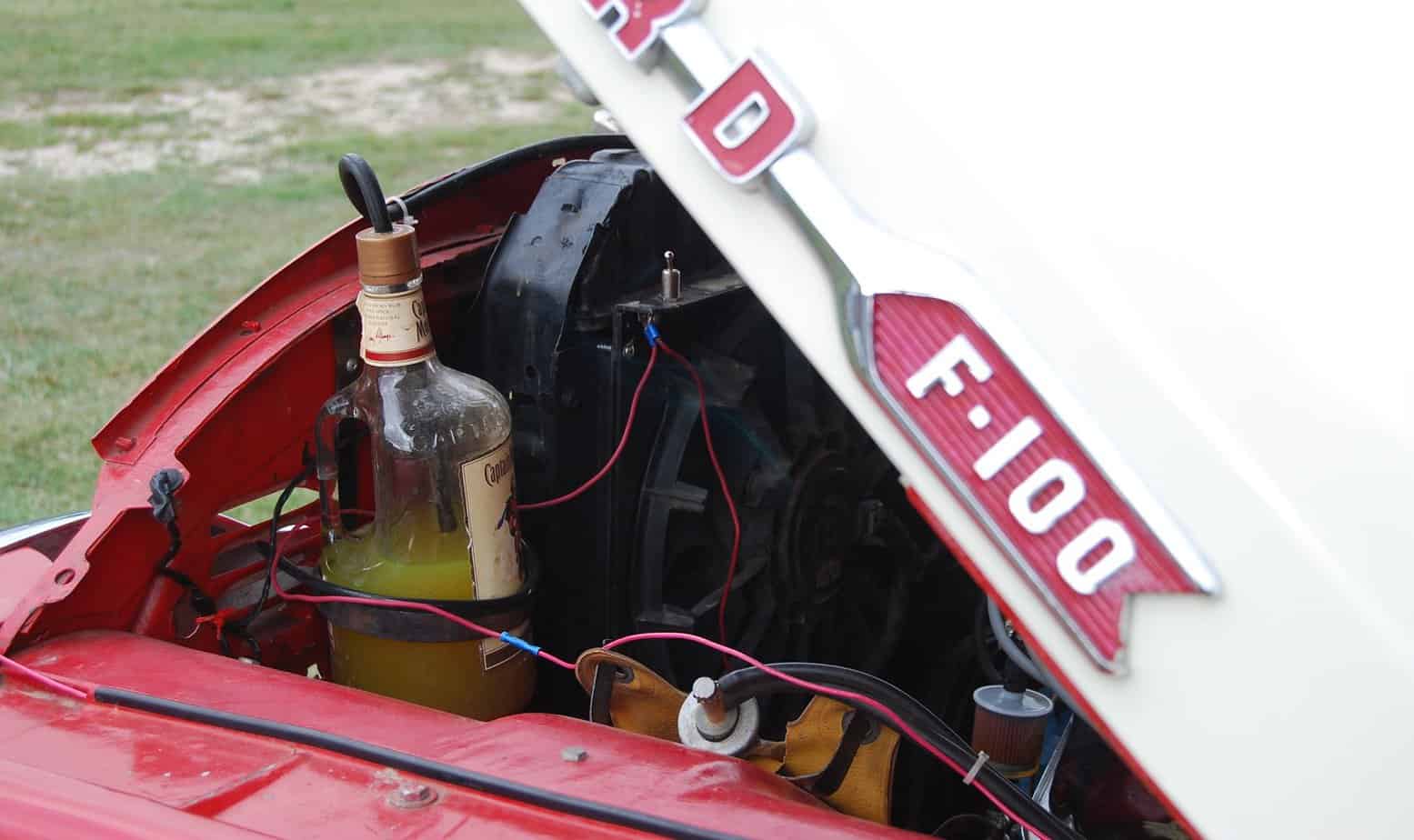 If there is no evident sign of a leak, the problem may be with the reservoir cap.

So, by diverting some of the coolant through an overflow tank, your radiator cap aids in regulating the pressure inside your cooling system.

Therefore, a faulty or malfunctioning cap may disperse too much coolant too soon, causing an overfilled reservoir and strange engine coolant disappearance.

All of the engine components in your automobile must withstand a great deal of wear and high temperatures, and this damages them in different ways.

One of the main causes of coolant loss is internal radiator corrosion. You might obtain silt or debris inside the tubes as they age and become weaker, which leads to a leak.

In addition, another component that could wear out and cause a leak is the gasket that seals the tank to the radiator.

However, the hoses attached to the radiator may also be to blame; as they age, your hoses will get tough and brittle and won’t lock either.

As a result, they all become susceptible to leakage at the points where they connect to the heater core, water pump, and radiator.

7. You Have An Expansion Tank Problem

You have an expansion tank in your car, which is the plastic container next to your engine, to aid coolant to the radiator.

It typically has a rubber hose connecting it to the radiator, and as the engine gets hotter or cools down, it feeds or gets coolant from and to the radiator.

Further, that plastic may deteriorate with exposure and times to changes in temperature, which could also affect the parts that are attached to it.

The cap or container could shatter, allowing coolant to flow out. Another possibility is that the hose connecting to the radiator starts to deteriorate, which results in a loose connection and a fluid leak.

Read More:  Why Are There Toll Roads? (9 Reasons Why)

In order to make sure that coolant is circulated across the cooling system, the water pump is essential.

It is situated in the lower portion of the engine, next to the drive belts, and is often driven by a belt.

Of course, it is connected to the radiator’s bottom hose, although occasionally, that hose connection can come unfastened or corrode.

Additionally, it could sustain external damage of some kind that results in a leak.

Your engine will eventually overheat if a water pump issue prevents it from circulating coolant all through the system, regardless of the underlying cause.

It could arise if the exhaust gas recirculation or EGR system is not designed to be as effective as expected.

For instance, some GM diesel 6.6L engines and an increasing number of European vehicles came equipped with an exhaust gas recirculation (EGR) cooler system from the factory.

Under certain conditions, it has been claimed that this cooler leaks after many miles of use, necessitating an upgraded replacement.

The use of antifreeze that was inappropriate for particular models and contact to exhaust gasses that could potentially leak via cooler lines with miles of operation appear to have made this EGR cooler vulnerable.

Regardless of whether you believe you have a problem with your cooling system right now, it’s crucial to always keep a close monitor on your antifreeze levels and make sure they remain at the recommended levels.

Follow the servicing suggestions, such as coolant flushes, to the letter in your owner’s manual for your car.

This will guarantee problems are identified as soon as possible, ideally before they have an opportunity to escalate into bigger concerns and expensive repairs.