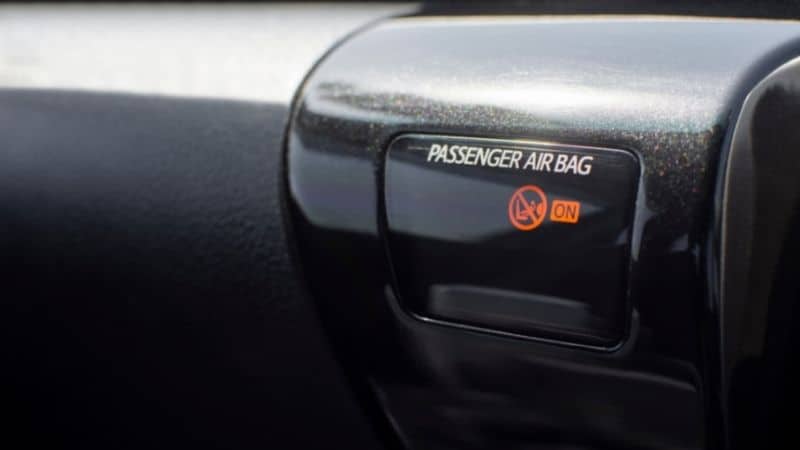 According to the NHTSA, from 1987 to 2017, airbags have saved about 50,457 lives; therefore, they should be functional at all times. When you start your car, your airbag light and other lights will turn on for a few seconds on your dashboard.

However, they turn off automatically after a few seconds if your car doesn’t have an issue. But if your airbag light stays on, it means the vehicle computer modules have detected a problem. So, What causes the airbag light to come on? Here are some reasons to consider:

Why Does The Airbag Light Come On?

Airbags function together with your vehicle’s safety belt. Therefore, when there’s an issue with the seatbelt, you’ll see the seatbelt and airbag light illuminate on your dashboard.

If you fasten your seatbelt and the airbag light remains on, the problem could be that the belt is not snapped securely into the buckle. In addition, the buckle sensors could also have an issue that tells your car’s computer that you’ve not fastened your seat belt.

On most vehicles, the airbag light has the letters SRS, an abbreviation for Supplemental Restraint System. Seatbelts are part of this system, therefore, when you get into a crash, the belts have pretensioners that should keep you secure on your seat.

When any of your pretensioners have a problem, this can trigger the airbag light to stay on. Therefore, you can take your car to the auto shop for professional checks when this keeps this happening. 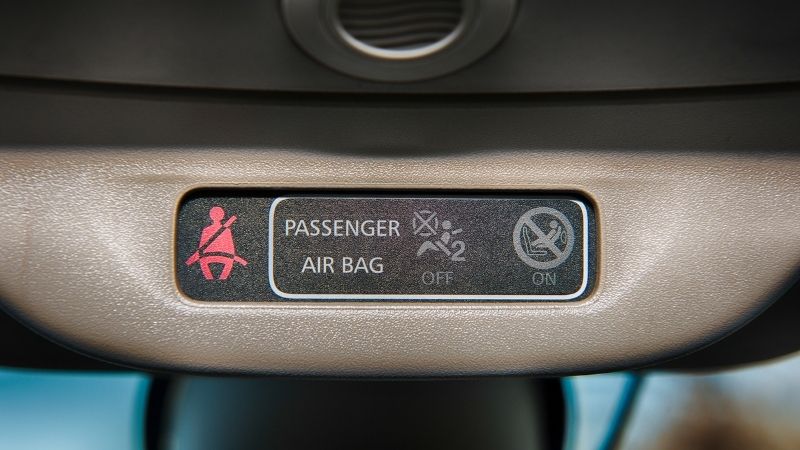 On some occasions, your airbag system might be deactivated, which causes the light to come on. This is a problem because the airbag needs to be activated for it to work during an accident.

Your airbag system may be deactivated due to an issue with the SRS module, crash sensors, or other airbag components. In some cases, the sensors in the passenger seat which activate the airbag might be faulty.

Additionally, the airbag gets deactivated when there’s a crash sensor glitch or if the mechanic makes an error when repairing your car.

Your car’s airbag system is quite sensitive, especially with crash sensors. Therefore, if water gets into the sensors, they will corrode, distorting the airbag’s functionality and causing the airbag light to illuminate.

Water damages your internal components and will affect the airbag module located under the passenger or driver’s seat.

A vehicle’s sensors are connected to different components, which also link to the car’s computer system that notifies the driver of any potential issues.

Sensors fail due to accidents and need to be checked by a professional and reset for the airbag system to work properly.

These systems can also fail if you’re carrying a child on the front seat. According to the NHTSA, children under 13 years should ride in the backseat.

Therefore, when you carry a child between 8 and 13 in the front seat, the system might not detect weight or just catch the child’s weight. In this case, the airbags will not deploy during a crash.

However, if the passenger airbag is off and the sensors detect the weight on the seat, the light will come on. To avoid any problems, your sensors should be working properly to protect all your passengers.

Automakers have included crash sensors in vehicles that measure the force exerted on your car, so the airbags will deploy if the power is great.

If you get into a minor accident or a fender bender when driving at lower speeds, this might not deploy your airbags, but will activate the crash sensors.

Typically, the airbag system has computers and sensors which deploy airbags if you crash into something at 8mph or more. When this happens, the airbag light stays on until you have it replaced or reset to work correctly. 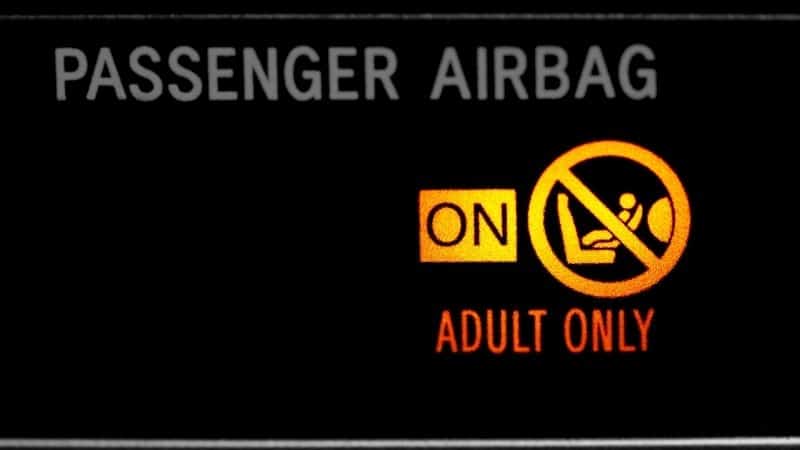 When your car’s battery drains, it might also deplete the backup battery that powers up the airbags.

Your car’s airbag system depends on the primary car battery, so it will need to be replaced. A low backup battery will alert the driver of a problem by causing the airbag light to come on.

To avoid such problems, always ensure that your car battery is in good condition and powered up.

The airbag clock spring is responsible for maintaining the continuity between the driver’s side airbag and the vehicle’s electric wiring system.

Over time when it wears out completely, it leads to poor connection, and eventually the failure of the airbags.

7. Not Resetting the Airbag System

You need to replace the airbags once you get into an accident, otherwise, the vehicle won’t function properly.

Newer car models require the airbags to be replaced instead of resetting due to safety concerns. Therefore, if you don’t replace the safety devices, the airbag light stays on and increases your risk of injury when you get into an accident.

However, replacing the airbag isn’t enough, as you also need to replace the clock spring, crash sensors, seat belt pretensioners, and SRS components.

After the replacement, the airbag monitoring system will also need to be reset for the airbags to function again. If you don’t reset this system, the airbag light will stay on. 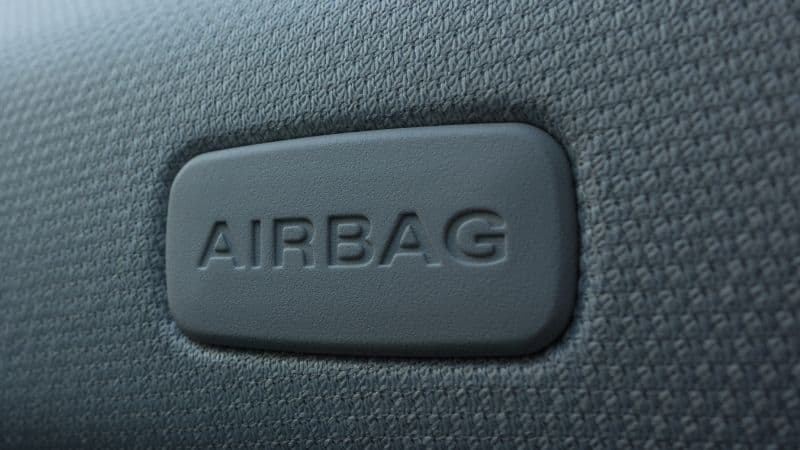 The airbag electronic control unit (ECU) is responsible for deploying the airbags during an accident.

These systems are different from the crash sensors and send information about the type of collision and seriousness of it, which determines whether the airbag will deploy.

If the ECU determines that the accident needs an airbag deployment, it will activate the systems. Therefore, if the ECU is malfunctioning or faulty, the airbag light will come on to warn you of a problem.

When this happens, check the fuse box and take your car to a professional mechanic to diagnose the exact problem.

Electrical malfunctions in cars are common and could stop working due to bad wiring, a blown fuse, or a computer fault. To fix the problem, take your vehicle for servicing and repairs.

If you are looking to learn more, you can also check our posts on how many airbags are in a car, how much does it cost to replace airbags, and how fast do airbags deploy.

Airbags are essential in your car and keep you safe from injury when you get into an accident. Therefore, when the airbag light illuminates on your dashboard, you need to identify the cause and fix it immediately.

When the airbag light comes on, it can be due to faulty sensors, damaged fuse, ECU failure, or even seat belt issues. Once the light comes on, you need to take it to a professional mechanic to diagnose the issue.