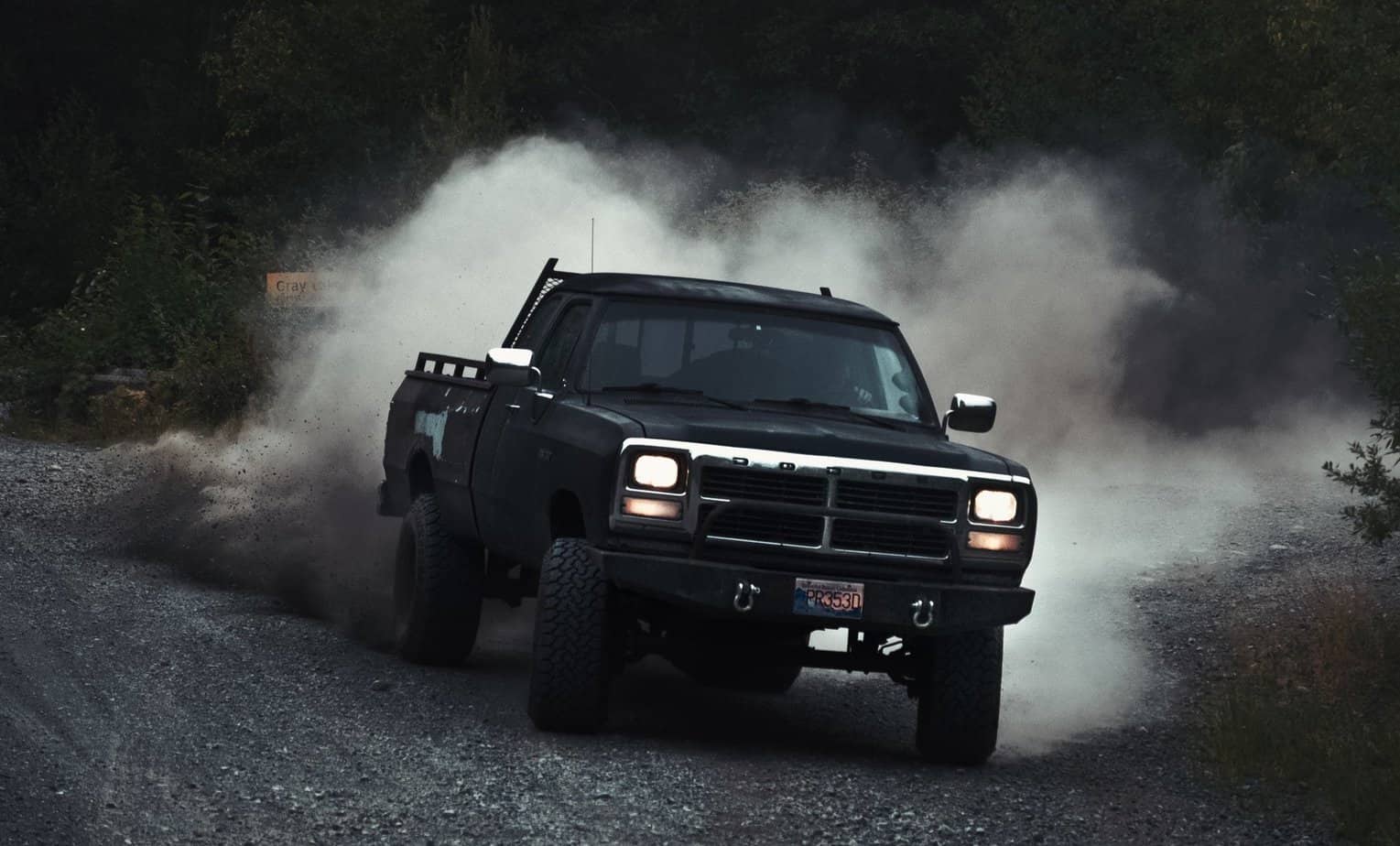 People are typically aware that smoke coming out of their trucks can be a sign of danger. However, noticing that smoke comes out of your vehicle at specific times can be confusing.

If you notice that your truck smokes when you start it, you probably want to know the cause. We looked up the facts, and here is what we found out about the matter!

Why Does My Truck Smoke When I Start It?

Trucks blow smoke when you start it if the truck sits outside overnight, creating condensation that turns into water vapor once the car turns on, which is harmless. However, there are more serious reasons your truck blows smoke upon startup, which include a failed head gasket, a bad cylinder head, and damaged fuel injectors.

Are you curious to learn about other reasons why your truck smokes when you start your vehicle? We made a list of possible reasons, so read on!

If you notice that you have thin, wispy smoke coming out of your truck’s exhaust pipe whenever you start your car, it may not be cause for concern.

Any fairly wispy and thin white smoke that disappears a few minutes after you start your truck will likely be from water vapor.

So, if you park your car outside, particularly at night, condensation can form within your truck’s exhaust system.

While the exhaust system gets warmer, the condensation will go away along with white steam.

A cylinder head is meant to hold the valves in your engine that direct airflow, but a cylinder head can crack and lead to trucks blowing smoke upon startup.

Generally, cylinder heads can crack under extreme situations, such as an overheating engine or trapped air in the cooling system.

However, if there is a crack in the cylinder head, the air and smoke it houses will not be properly re-burned or distributed, causing white smoke to escape from your truck.

A head gasket seals your truck’s engine’s combustion chamber to help the truck have consistent power.

However, a head gasket can get blown and fail, causing smoke to be emitted from your truck when you start it.

With that, this occurs because coolant would have leaked from your head gasket into the truck’s cylinders.

Your engine block holds some of the more important parts of your engine together, but a faulty or cracked engine block can cause several problems, such as smoke.

For instance, very low temperatures can make coolant freeze and push against the block’s wall to make small cracks. 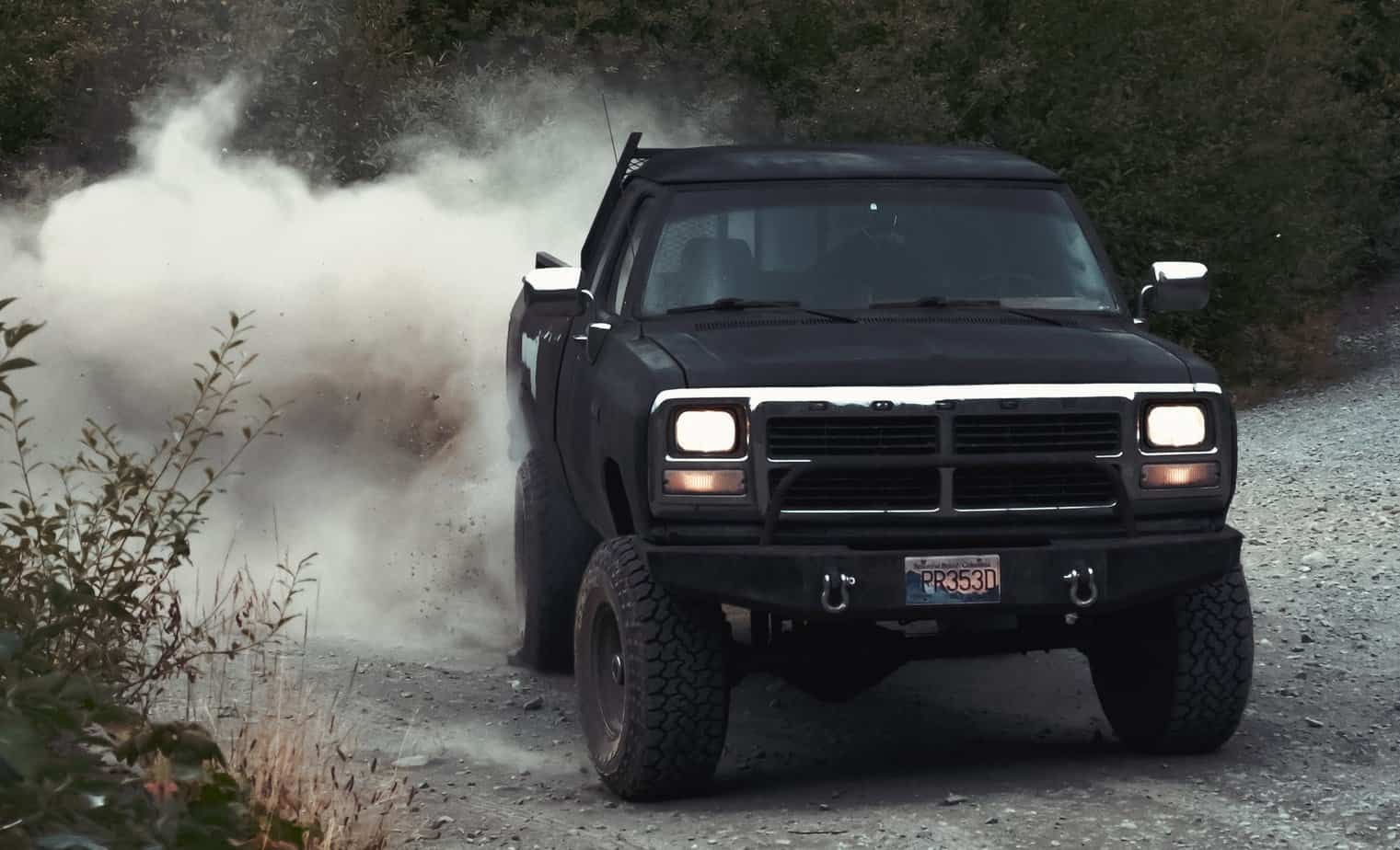 If you have damaged piston rings or have leaking valve seals, this could be a good reason why your truck smokes upon starting it.

Typically, you would have to check if the piston rings or valve seals have a leak and replace them.

You may have an issue with your transmission fluid if your truck emits white smoke from the exhaust pipe when you start your truck.

Usually, this will mean that your truck’s engine is taking too much transmission fluid from the hose or vacuum pipe.

When this occurs, your truck’s engine will burn too much transmission fluid, causing white smoke to appear alongside a burning smell.

If you have a somewhat new truck, you likely have fuel injectors that ignite a chemical reaction to give your truck’s engine power.

So, if the fuel injector does not open and shut properly, there will not be enough fuel delivered to the combustion chamber.

If the fuel injector brings too much fuel to the truck’s combustion chamber, the extra fuel will not be burned in the engine, causing white smoke to appear from the truck.

If you have a truck that runs on diesel, you require proper fuel pressure from the fuel injector and good ignition timing to turn on your truck’s engine properly.

However, if the timing on your injector pump is off, there will be a rich mixture in your engine, meaning your engine will not function efficiently.

As such, fuel will not completely burn in your truck’s engine, making white smoke come out of your truck when you start it.

If you notice smoke coming from your truck’s exhaust after you start it, but your engine is warm, and you have driven for a few minutes, you likely have a coolant leak.

Your engine will not be properly lubricated and cannot cool itself if your coolant leaks, leading to white smoke and overheating.

Usually, you will know that coolant is leaking in your truck if the white smoke has an oddly sweet smell.

Additionally, you can tell if you have a coolant leak if there is a lot of friction in your car and your engine and overall truck’s temperature quickly gets hot.

Occasionally, smoke coming from your truck upon start-up can be harmless if the smoke is only condensation and water vapor.

However, seeing smoke when you start your truck can be a sign of a more serious issue, such as a broken head gasket, leaking coolant, and a faulty engine block.