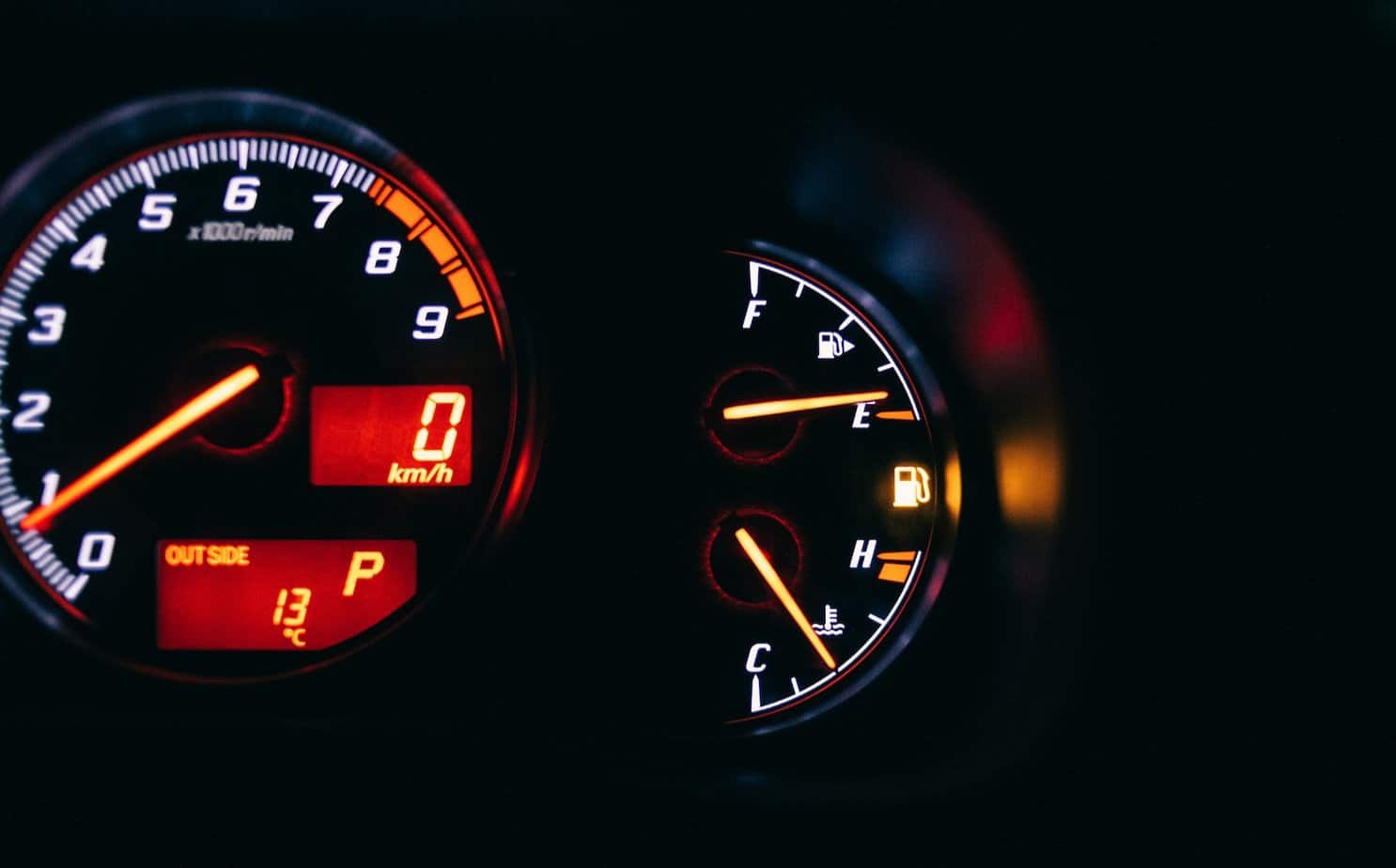 Your tank’s level decreases as you consume the fuel in your car, and the float arm also goes down. Your gauge accurately measures the amount of gas in your tank through a sensor.

You may tell there is a gasoline instrument issue when your gauge is irregularly changing or stuck on full or empty. So, let’s find out more about it in just a few seconds!

Why Does My Fuel Gauge Fluctuate?

A defective fuel level sending unit is the most frequent cause of a fuel gauge not functioning correctly or being completely inaccurate. Inadequate wiring between the gauge and gasoline sender or a broken fuse for the fuel gauge are other potential causes. It’s also possible for the fuel gauge to become damaged.

Find out more about your fuel gauge fluctuates. Here are 11 reasons why; continue reading!

The sending unit is from which the process starts in its entirety. That said, the sending unit continuously checks the gasoline level in the tank when your car is moving.

However, due to its frequent usage, it is vulnerable to wear. Still, the circuits can continue to function if the contacts become worn.

Depending on how the automobile is configured, the fuel gauge may interpret the voltage feedback as indicating that the tank could be full or empty.

In this situation, the fuel gauge won’t move regardless of the fuel in the tank.

Electricity is used to power the gasoline gauge; hence functional wiring and electronics are necessary.

However, the gauge may have insufficient electricity to measure accurately if the system malfunctions. In certain instances, a broken ground connection is the cause of the problem.

Read More:  Honda Accord Ignition Coil Symptoms (9 Things To Be Aware Of)

Further, any corroded or loose connection might cause problems. Due to the relation to the fuel pump module’s constant exposure to the outside, these flaws are most frequently seen there.

The gasoline gauge makes use of both electrical connections and a fuse. With that, you can find the fuse in the box on the driver’s side of your car or underneath the steering column.

Additionally, the fuse box may be under the hood of certain vehicles is a fuse box as well.

It takes just a few minutes and is easy to check the fuse, and you can check the owner’s handbook to determine which fuse controls the gas gauge.

Then, once the fuel gauge is merged into the instrument cluster, many contemporary automobiles don’t have a different fuse, although it may be worth checking.

Even though it’s less likely, a fuel gauge flaw might still be to blame. That said, the gasoline gauge has an inner circuit that is susceptible to failure.

Further, the needle might scan at any level if this occurs. It may be a faulty circuit in one location if the gauge is between midway and empty or full.

Otherwise, the circuit gets shorted if the needle is fixed at full or empty. So, the gauge won’t properly move unless it is changed.

Unfortunately, the gas gauge is frequently merged with the instrument panel in contemporary automobiles.

That said, the gas gauge may malfunction in this system if the instrument cluster does. Regrettably, fixing this is among the most expensive problems.

Read More:  Why Are My Gears Slipping? (11 Reasons Why) 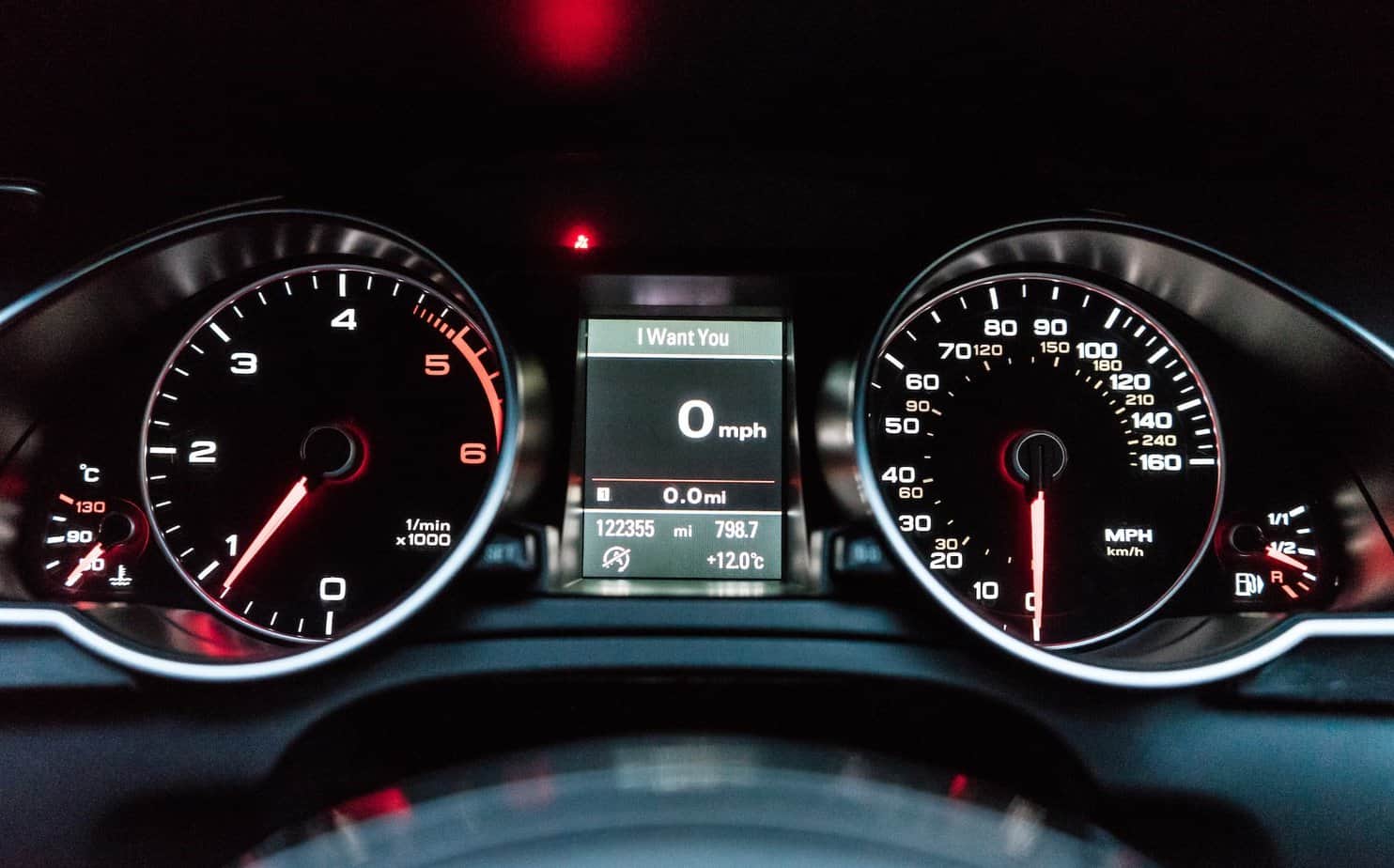 Every aspect of your automobile is wired, and this wiring is crucial to your car’s work in many different ways.

Sometimes, car fires are brought on by bad wiring, so it’s critical to do routine inspections.

However, faulty wiring or other damage can also result in your fuel gauge failing, which is another justification for periodic maintenance.

When you visit your dependable auto repair shop with a broken fuel gauge, among the first things they’ll check is the voltage in your vehicle.

That said, they identify the voltage level currently driving the fuel gauge using specialized equipment, which can assist in ruling out electronic connections as the problem’s root.

Each gasoline tank has a level sensor that measures the quantity of fuel still in the tank while soaking in the fantastic ethanol.

Since so many fuel sensors don’t like dry swimming pools, they’ll alert you to fill up whenever the fuel level is too low.

Except if the sensor is faulty, which seems to be the situation with many vehicles.

That said, these autos have a broken fuel level sensor, and the best action is to replace the complete fuel pump component if your car has many miles.

A damaged float valve can cause a variety of problems. For example, if a float has become lodged in its seat, it may not be able to move freely.

Still, the fuel pump will continue to work but only draw fuel from the portion of the tank that the float has opened up.

Unfortunately, this means that fuel in the rest of your tank may run dry before you notice.

Read More:  Why Are Car Loans Always Secured With Collateral? (9 Reasons Why)

Further, another problem with a stuck or broken float valve is that it may result in inaccurate readings from your vehicle’s fuel gauge.

For example, your car might register as having less than what you have left. In this case, you may think that your tank is almost empty when it isn’t.

If you have an old fuel system, it’s likely to cause your fuel gauge to fluctuate because the old fuel system creates more gas bubbles than a new one.

Further, it can make it difficult for the fuel gauge to read how much fuel is in your tank accurately.

Suppose your car has an aftermarket gauge installed.

In that case, there’s a chance it may not be functioning correctly due to poor wiring connections or other issues that could be causing problems with its performance (or lack thereof).

Of course, you’ll want to have this checked out by a mechanic so that you don’t have any delays or problems running into later on down the road.

To know more, you can also read our posts on why flush radiator, why hybrid cars are good, and why your turn signal is blinking fast.

Driving for a long time with a malfunctioning fuel gauge is not a good idea since it might leave you stranded or cause the fuel pump to gather up too much debris and overheat.

Fortunately, it’s possible you can solve this issue on a budget. Knowing how the system works and doing home troubleshooting can help you find and fix the problem.