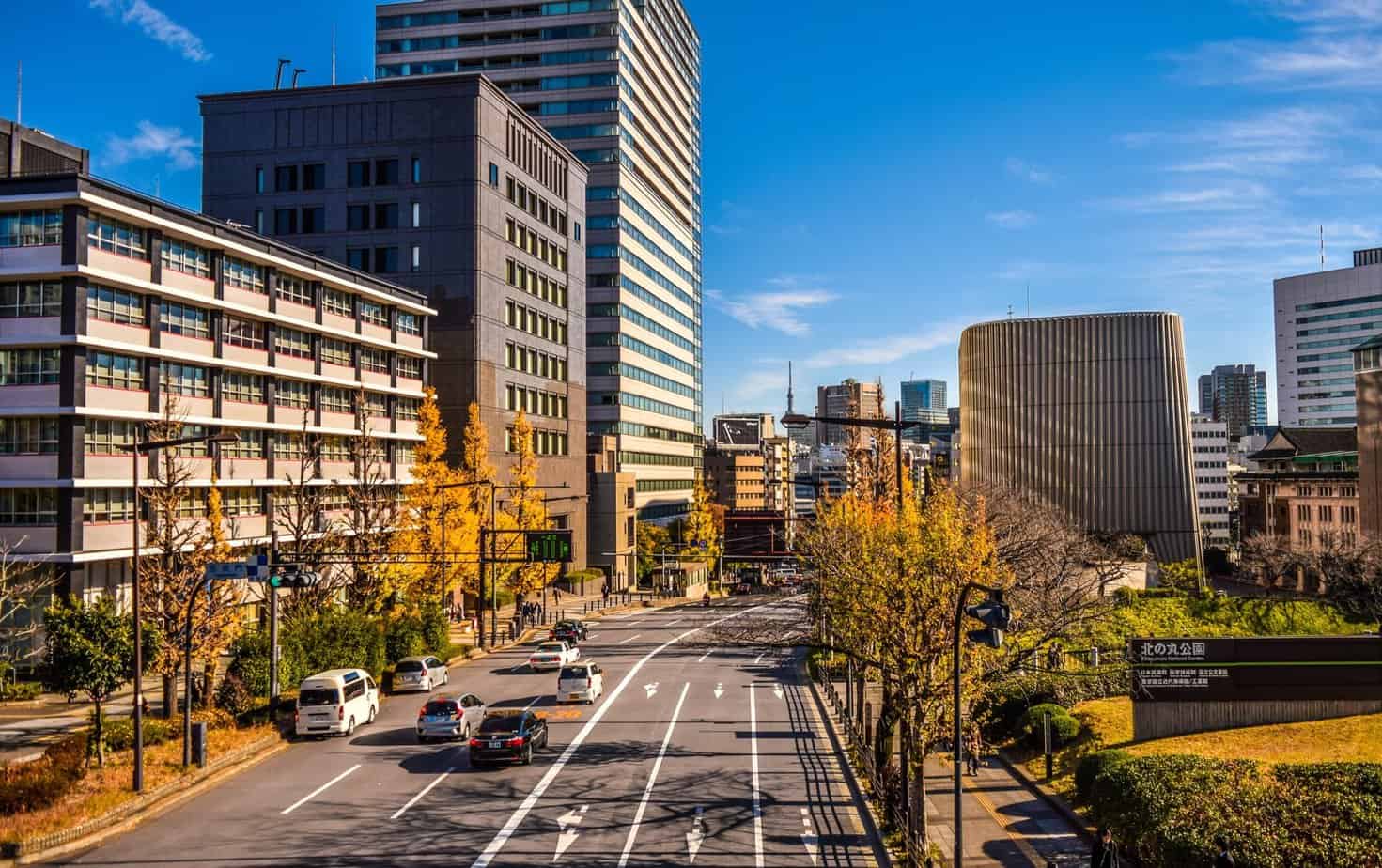 If you’ve ever driven in Japan, you probably noticed traffic moving on the street’s left side. It may seem like a minor difference, but there’s an entire culture behind this rule.

You see, Japan is a country where many things are different from your home country. One prominent example is that this country uses the left-side approach while driving. So hang on, because I’m going to expose why Japan’s choice is to drive on the left!

Why Does Japan Drive On The Left?

A samurai warrior is a highly law-abiding and orderly group of individuals. They were devoted to following the rules and would never deviate from them.

Because most samurai at the time carried their swords on their left sides, their right hands were frequently more substantial and could easily access them.

Due to these circumstances, samurais have found strength and force when pulling off the sword from the left side.

As a result, Japanese people assume they will likely gain focus and power in driving and decide to design their cars in the left side position!

With the assistance of the British and their engineering guidance, which included the suggestion to keep everything on the left, Japan had a railway train system by 1872.

Meanwhile, others assume that if the first train line had been put in place with assistance from the US, Japan’s vehicles might be driving on the right side too.

However, the country embraced its train system because it serves as the primary transportation for many Japanese people.

Overall, the popularity of the Shinkansen’s existence led to a nationwide network of rail trains implementing driving on the left side!

Read More:  Why Is My Coolant Not Circulating? (11 Reasons Why)

One of World War II’s deadliest and costliest battles was the Battle of Okinawa. Under that circumstance, Okinawa Island was an important last step for the Americans.

At that point, the Japanese would encounter the enemy for the first time in their homeland.

For that reason, Okinawa was ruled by the United States after Japan was defeated. As a result, driving to the right became required on the island.

Consequently, when Japan reclaimed the territory in 1978, the Japanese government switched back to driving on the left side, withdrawing all the benchmarks left by US Colonization!

In 1872, Britain reached out to Japan and offered technical support for constructing their first railway.

As a result, the first railway connecting Shimbashi and Yokohama was successfully built.

Over time, Japan has constructed a vast and successful railway network and has always been on the left.

However, the left-hand traffic law and legislation weren’t entirely written until 1924.

Above all, this was all because Britain assisted in advising the Japanese on how to organize their train system! 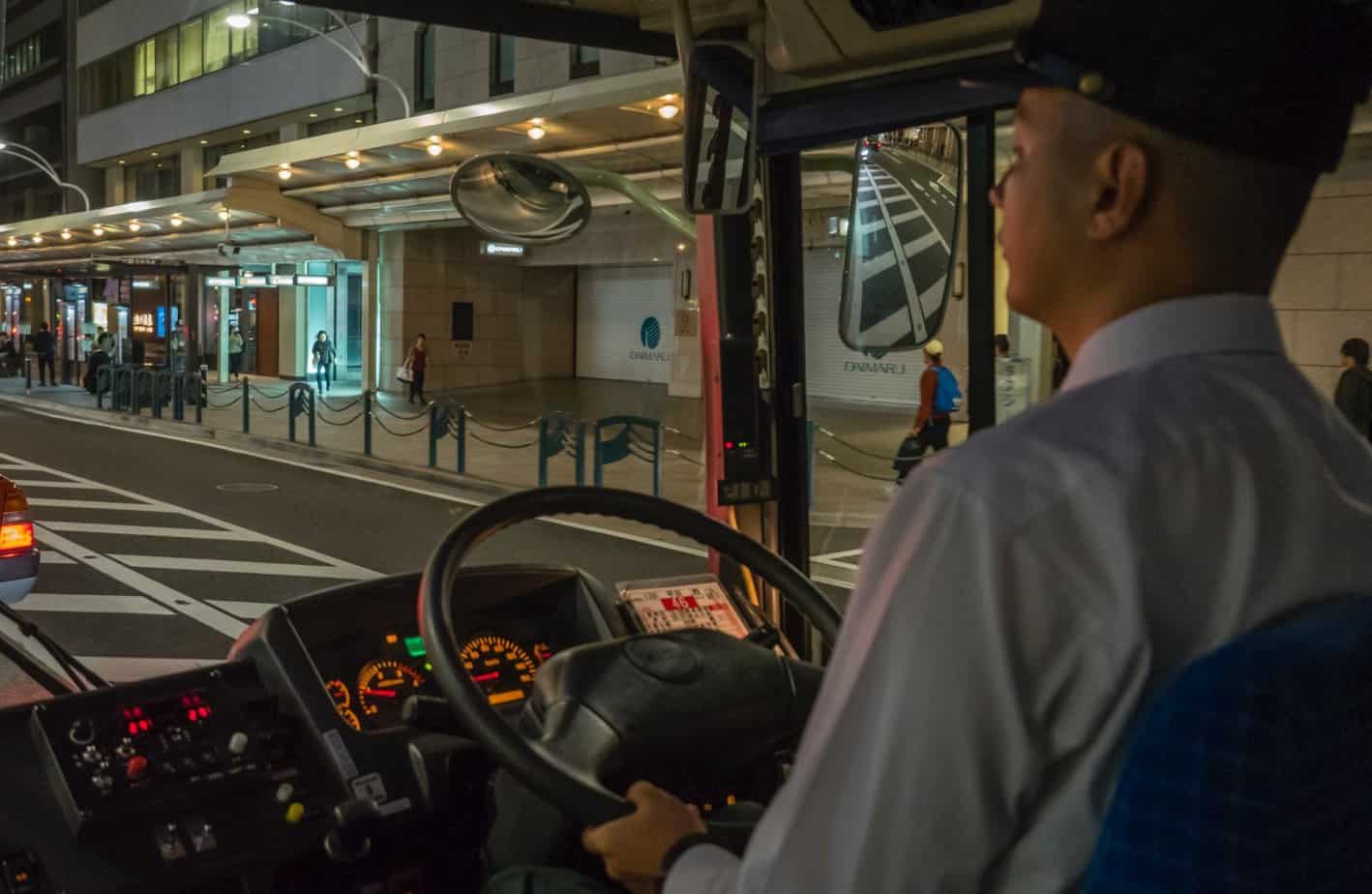 It’s the law, and it’s not going anywhere.

Along with that, the Japanese government has long maintained that driving on the left is safer than driving on the right, and they’ve got data to back it up.

Apart from this, they have mandated that the driver’s seat and steering wheel are always on the right side of any Japanese-built vehicle.

Therefore, the law of Japan states that when driving on the left, all vehicles must pass to the right!

Logically, Japan has narrow roads to keep vehicles and pedestrians apart on more prominent streets where cars can move more quickly and pose a hazard to pedestrians.

Because of how human-scale and how a pedestrian encounters few cars, the winding streets seem safe and enjoyable.

Consequently, many streets in Japan are designed with low traffic lanes and narrow sidewalks that encourage drivers to slow down and be cautious when navigating through intersections.

Undoubtedly, left-handed cars in Japan are designed for slim streets to limit the speed on roads which helps citizens quickly pass through them!

In order to execute safety, left driving has been implemented in Japan so that they can be sure that drivers and motorists stay in their lane and don’t hit anyone.

Additionally, many accidents involving cars driving in the wrong direction could have been avoided if everyone had gone on the left side.

Therefore, in Japan, you will not see cars or motorcycles on the right-hand side of the road because it can be dangerous when they are approaching each other!

Bicycle culture has been prevalent in Japan since the beginning of time. So it was only a matter of season before this bicycle culture would lead to a change in how they drive, as well as how they ride.

Furthermore, the driving culture of Japan was initially based on the idea that you should always be able to see what’s coming at you—especially if it’s on two wheels.

Read More:  Why Do Mustangs Lose Control? (9 Reasons Why)

As well as that, when cars were introduced into Japanese cities, they were designed with cyclists.

9. Considered As A Fast Side

Most people assume that the left side of the road is the fast side, also referred to as the “passing lane.”

In addition, since they are less accustomed to driving on the right side, those who prefer to go on the left side tend to move quickly.

Meanwhile, when there are multiple crossroads within a small space, it is possible for drivers to become confused about which way they should travel.

However, Japan has decided that straighter routes should be followed in traffic rather than curving due to its proximity to East Asia and its left-handed neighbors, such as China and South Korea!

To know more, you can also read our posts on why England drives on the left, why German cars are so unreliable, and why America drives on the right.

Japan is a country that is known for its profound cultural heritage. It has a long history in many aspects of life, including how they drive.

As you can see, due to samurai and railroad influences, Japanese people drove on the left.

Ultimately, they have never been entirely comfortable driving on the right-hand side of the road, resulting in interesting decisions, being one of the most prosperous countries globally!