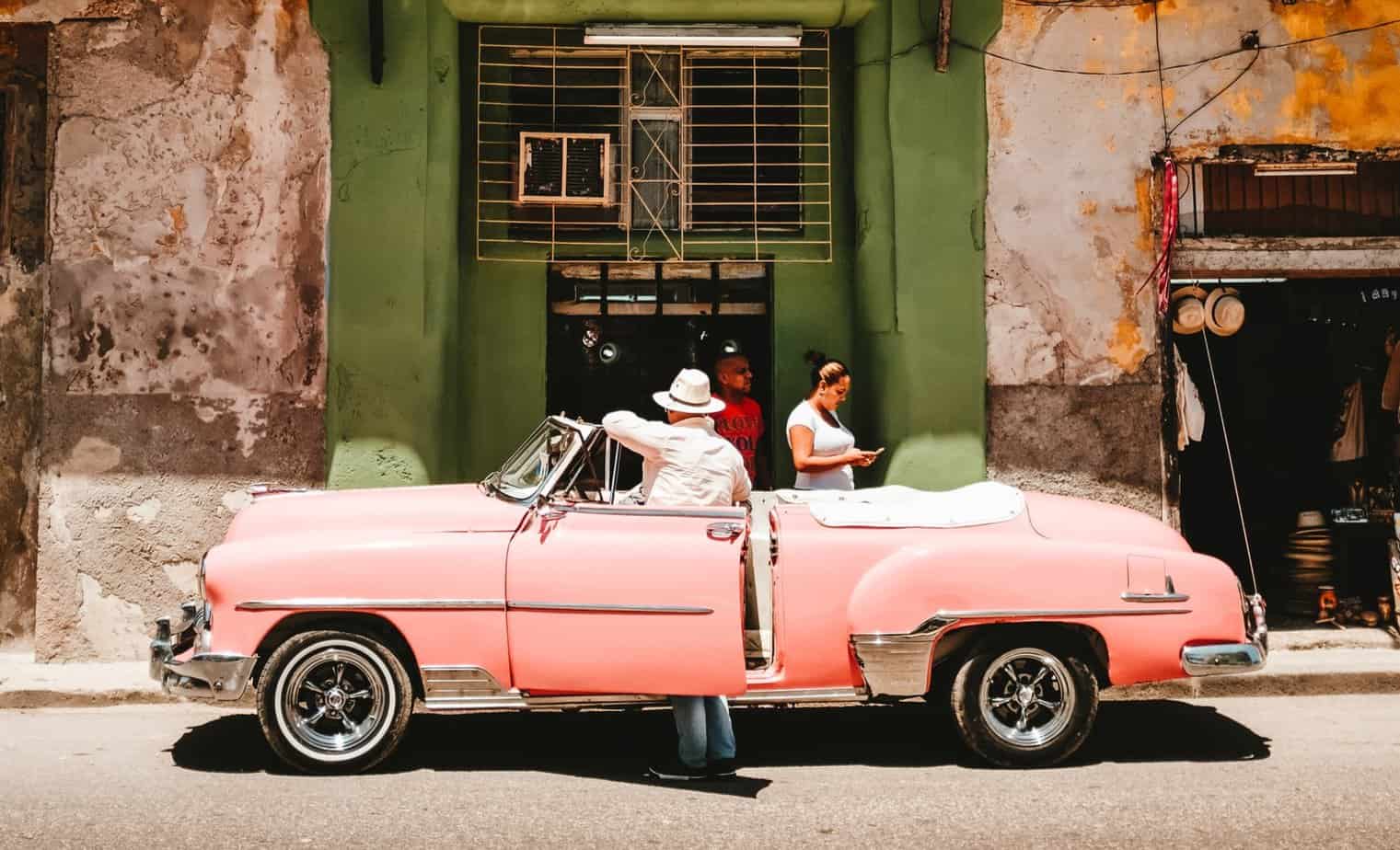 Havana, Cuba, is home to many old and colorful vintage cars. Many of the classic cars found in this country are from before or during the Cuban Revolution in 1959.

But why are there so many vintage cars in Cuba? Let’s learn about Cuba’s vintage vehicle industry and the significance of old cars to Cuban culture!

Why Does Cuba Have Old Cars?

1. Classic Car Is A Cuban Icon

A classic car is a Cuban icon and symbol of the country’s rich past and culture.

Further, as one of the first countries in Latin America to embrace modernity and industrialization, Cuba has paved the way for others.

This makes classic cars all over Cuba a vital part of the country’s history. They are also an essential part of today’s culture—a legacy of what once was.

As a result, Cuba is now a live museum for vintage old cars!

2. Provides Character To The Urban Landscape

For Cubans, restoring vintage cars provides character while driving down the roads of its landscape.

Along with this, experience, style, exclusivity, and craftsmanship are more important than efficiency and speed.

As a result, Cuba’s historic cars serve as both a stunning complement to the country’s metropolitan scenery and a significant piece of cultural history.

3. Never Had A Car Manufacturing Industry

Cuba has never had a car manufacturing industry; hence the island’s highways are entirely populated by imported vehicles.

Because of that, car owners had to decide to utilize what components were available because no new cars were entering the nation, and no parts were accessible to perform repairs.

For that reason, the shortage of cars on the island led to the creation of old vehicles with classic makeovers inspired by what was available to Cuban citizens.

When tourists come to Cuba, they often look for something unique or different compared to what they would find at home.

Therefore, there are plenty of older cars with high mileage that tourists can find on their travels.

Overall, travelers can get an additional fascinating glimpse into Cuba’s historic vehicle culture by riding in one of the country’s old vintage cabs.

When the United States imposed an embargo on Cuba in 1960, it diverted most of the country’s trade from other countries to European manufacturers.

Due to being cut off from the rest of the world, Cuba relies solely on automotive imports, which are expensive because of the embargo enforced by the US.

That being the case, it has been forced to rely on importing vehicles from other nations and utilizing their resources to restore outdated car parts. 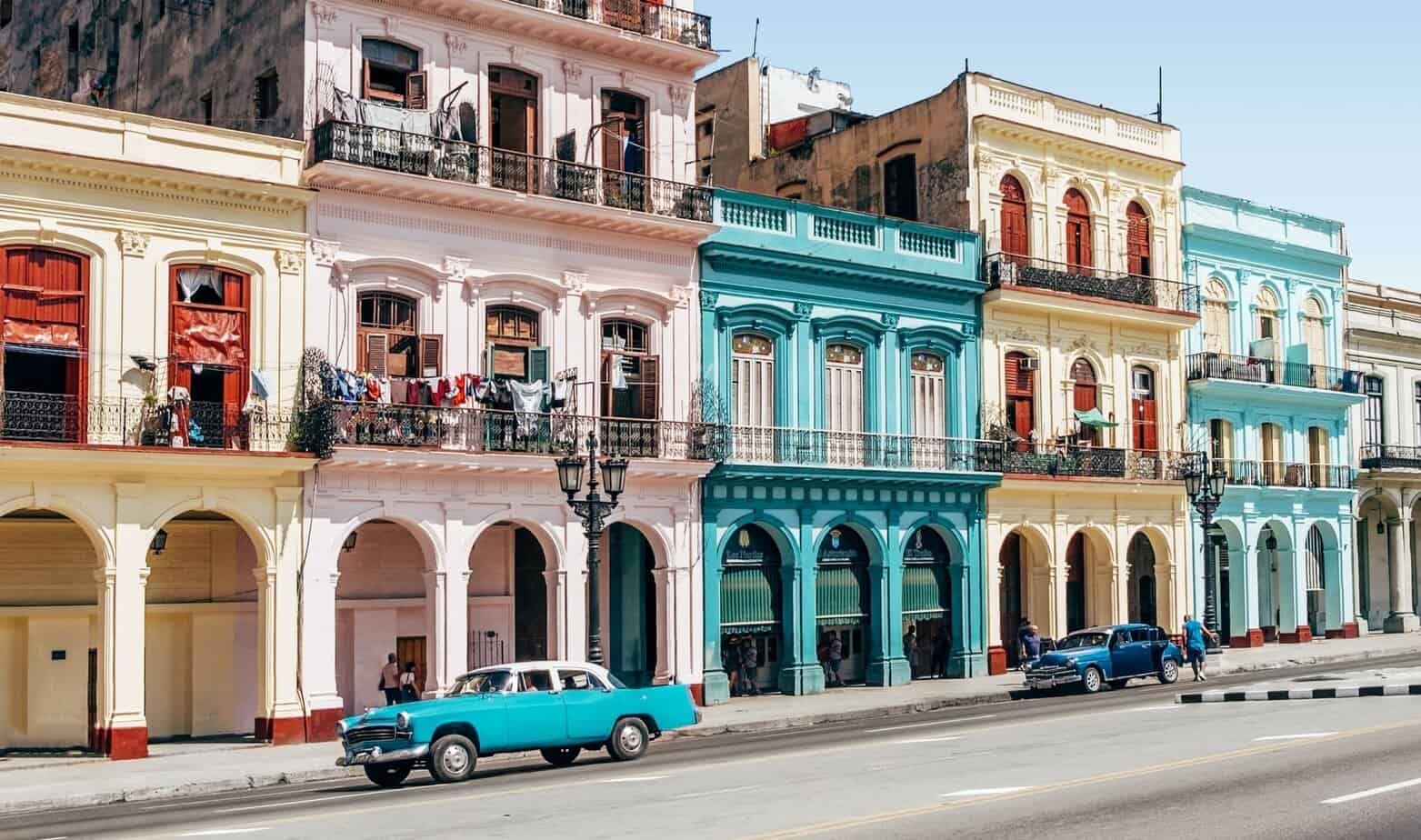 In 1959, Fidel Castro imposed a ban on US and international imports, preventing the import of American vehicles to the island.

Even auto parts were subject to the embargo, which had significant repercussions for Cuban car owners.

As a result, Cuba became dependent on its resources and had been trying to develop its own car industry.

Read More:  Why Does My Car Smell Like Skunk? (7 Reasons Why)

In addition to the fact that tourism is a vital part of the industry for old vintage cars, this is also due to the high expense associated with owning a new car.

Therefore, it’s no wonder these vintage cars have been sustained throughout the years and provide a unique way to explore the city’s suburban areas!

Cuba has a tropical, temperate climate with cool trade winds that help to reduce the heat and humidity.

When it’s not stormy, Havana’s weather is typically sunny and hot for Cuba, which is why it’s regarded as a year-round tourist destination.

Along with this, Cuba’s semitropical temperature prevented the cars from degrading as quickly as they would have in colder regions, contributing to their long lifespan.

By all means, many old cars are now used as taxis, rentals, and tour vehicles, further integrating the classic car scene into the nation’s tourism sector.

One of the few places in the world where most private cars are older than their owners is Cuba.

Besides that, it is highly advantageous for Cubans who own vintage cars to employ them as taxis around high tourism locations due to the nature of the Cuban economy and government.

Aside from that, Cuba has advanced from earlier decades thanks to the nation’s adoption of vintage car culture.

Consequently, this country has embraced outdated vehicles due to a lack of money to modernize them.

When Ladas were presented to Communist Party employees in the 1970s and 1980s as rewards for their hard work, they became a prestigious status symbol.

Read More:  Why Are Jettas So Cheap? (9 Reasons Why)

However, these cars provide tremendous emotion to Cuban owners of the vintage Russian models. Hence, they are the island’s most noticeable relic of the Soviet era.

Overall, Ladas serves as a historic status emblem that Cubans can’t let go of and is considered an exemplary model as one of the old cars throughout the Cuba region.

Since old cars may not be as stylish or glamorous as the latest models, they are built to last and perform well under the most challenging conditions.

Even though Cubans don’t have exclusive access to newer cars, there are still plenty of older ones around that they can use.

Therefore, these old cars are still functional and reliable for Cuban citizens, and they still decide to keep them!

To learn more, you can also read our posts on why older cars are expensive to insure, why old men buy sports cars, and why there are toll roads.

Cuba has a very strong tradition of favoring older cars over newer ones.

This was because it never had a car manufacturing industry, and old vehicles are a classic symbol to their country that they just can’t let go of.

Overall, Cuba is lovely with its brightly colored buildings and bustling lights, but nothing is more delightful than a row of vintage cars sitting at a stoplight!