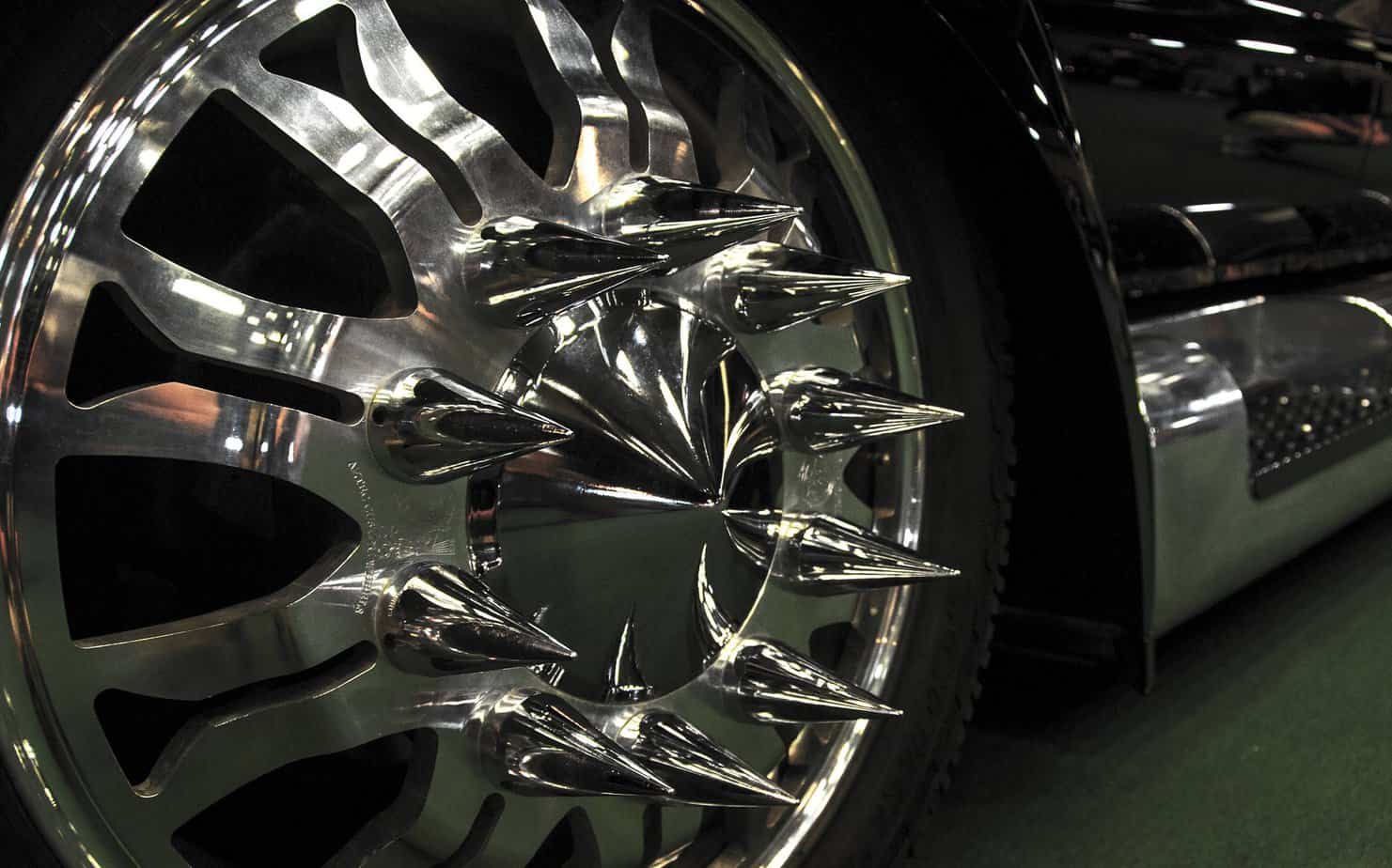 Some truck drivers like to modify their trucks to enhance their function and appearance. Typically, semi-trucks have a common modification: spikes on the tires.

If you have seen semi-truck tires that have spikes, you may be wondering what purpose they serve. We did some digging, and here is what we discovered!

Why Do Truck Tires Have Spikes?

Truck tires have spikes because the spikes protect lug nuts from various damage, such as rust, corrosion, and more. Plus, spikes are on truck tires to warn other drivers that the truck needs room and to stay away from the truck. Also, some truck drivers like to add spikes as a cosmetic modification.

Are you curious to learn more about why truck tires need to have spikes on them? We made a list of possible reasons below, so keep reading!

One of the primary purposes of spikes on truck tires is to help protect the lug nuts that the spikes cover from the elements.

Normally, the spikes cover the lug nuts to prevent corrosion, which is when metal gets oxidized, causing the whole surface to be damaged.

Typically, corrosion occurs in lug nuts because the lug nuts are constantly exposed to air. However, spikes provide an extra layer of protection against corrosion by covering the lug nuts.

If a lug nut were to get damaged via corrosion, the pressure on the wheel would be uneven and eventually cause the other lug nuts to get loosened due to the added pressure.

As such, your truck would likely start to wobble when you drive because the wheel’s pressure is not evenly distributed.

Read More:  Why Is My Car Stuck In Neutral? (9 Reasons Why)

Lug nuts will constantly be exposed to outside elements if your truck does not have spikes to cover the lug nuts.

Therefore, your lug nuts would be susceptible to getting hit with dirt and debris, which can slowly damage the lug nuts and break them.

Generally, trucks with spikes on them will be semi-trucks, and drivers that drive semi-trucks can drive 11-14 hours a day.

As such, the trucks would be on the road for a long time, meaning that the lug nuts would be frequently hit by dirt and debris unless spikes cover them.

If your lug nuts are made of iron, they will be susceptible to rusting, damaging the lug nuts and making them break.

Rust is a form of corrosion that occurs when the iron is exposed to both moisture and air simultaneously.

Typically, you will know that your lug nuts have rusted when the lug nuts look brownish-orange or reddish.

So, spikes can cover the lug nuts to protect them from moisture and oxygen to prevent rust from forming.

Since trucks are so large, truck drivers do not always get to see every part behind their trucks. Essentially, most truck drivers have blind spots.

That said, this means if another vehicle were to be in the truck’s blind spot, it could cause an accident.

Spikes on truck tires help by adding a small layer of protection against the blind spots of the truck, such as the truck’s back wheels.

As such, other drivers may forget a truck’s size and accidentally drift into the truck’s lane, which can lead to various accidents.

Luckily, the spikes on the truck’s tires will break off upon impact, helping the other drivers remember to stay in a different lane.

6. Warning Other Drivers For Turns

Most truck drivers like to put spikes on their truck tires as a warning to other drivers, especially if they have very large trucks.

Usually, spikes will be elongated pieces of thin metal or plastic on the wheels that help remind other drivers what distance they should be away from the truck.

Further, this is because semi-trucks are very large and make big turns, so the truck will need a lot of space to make a turn safely.

If another driver is near the spikes, they warn them that they are too close to the truck.

Usually, the spikes attached to the truck’s tires will not hurt any other drivers because the spikes fall off.

As mentioned earlier, the main purpose of spikes on truck tires is that they protect the lug nuts.

Usually, the primary reason the spikes protect the lug nuts is to keep the lug nuts tightly screwed onto the truck tires.

With that, if the lug nuts were to break or get loose, they can damage the other lug nuts or fall off altogether, which makes driving the truck dangerous.

Finally, one of the major reasons spikes are on truck tires is for cosmetic purposes.

While some spikes on truck tires can be fairly basic looking, some people can buy more intimidating-looking spikes that make the truck seem “scarier.”

Usually, people like to appear more intimidating on the road to convey a certain image.

Additionally, appearing like a scary truck with spikes can keep other drivers further away from the truck and be aware of the truck’s distance from them.

While truck tires can have spikes as a way to look cool and intimidating on the road, spikes on truck tires also have functional uses.

Generally, truck tires have spikes to serve as a layer of protection from rust, corrosion, dirt, debris, and more.

Also, spikes on truck tires help keep other vehicles away from the truck so it can safely drive and make wide turns.