Most people like to use their car’s speaker system to blast some tunes while driving. However, there are times that the car speakers are not working well and produce odd sounds.

You may be curious as to why your car speakers are crackling. We did some digging, and here is what we discovered!

Why Are My Car Speakers Crackling?

One of the most common reasons a car speaker makes a crackling noise is that a connector in your speaker is damaged.

Usually, the connectors are found between the speaker’s diver and amplifier, and the bad connector would make your driver move abruptly.

That said, this is a common issue in the car speakers since the wires may get damaged if the car jumbled the wires around via a bump, hit, etc.

As stated earlier, connectors are a common cause of crackling sounds in a car speaker, so your connectors may have become old.

Over time, the speaker’s wires can wear out as you use them, causing the speakers to produce crackling noises.

Another common reason a car speaker can start making crackly sounds is that there are interrupted audio signals.

Speakers are sound transducers that turn audio signals into sound waves to produce sounds. Generally, these audio signals are considered electrical signals that have alternating currents.

As such, crackling and popping noises in the speakers are caused when something is interrupting the audio signals.

Whenever something interrupts the audio signals, there will be a brief moment where there is no voltage, causing crackling sounds.

Read More:  Why Are Ceramic Brakes Better? (11 Reasons Why)

4. The Music Is Too Loud

Even if the car speaker lets you turn up the volume to the max, that does not mean the speakers should be used at full blast.

With that, some car speakers cannot handle the music being played at full volume, causing the speakers to make crackling sounds.

Additionally, playing music on your speakers at full volume frequently can eventually damage your speakers because it can heat the speaker’s drives.

Similar to playing your music too loudly, playing songs with a heavy bass can also make your speakers sound crackly.

Other than songs with heavy bass, changing your speaker’s settings to be high on bass can make your speakers create crackling noises.

Typically, this is because most common car speakers are not equipped to handle heavy amounts of bass.

Further, this is especially true since the bass in songs often creates a vibration through the speakers, which can eventually make your speakers wear out.

Fortunately, you can adjust the settings of your speakers to play less bass or get new speakers that can handle heavy bass. 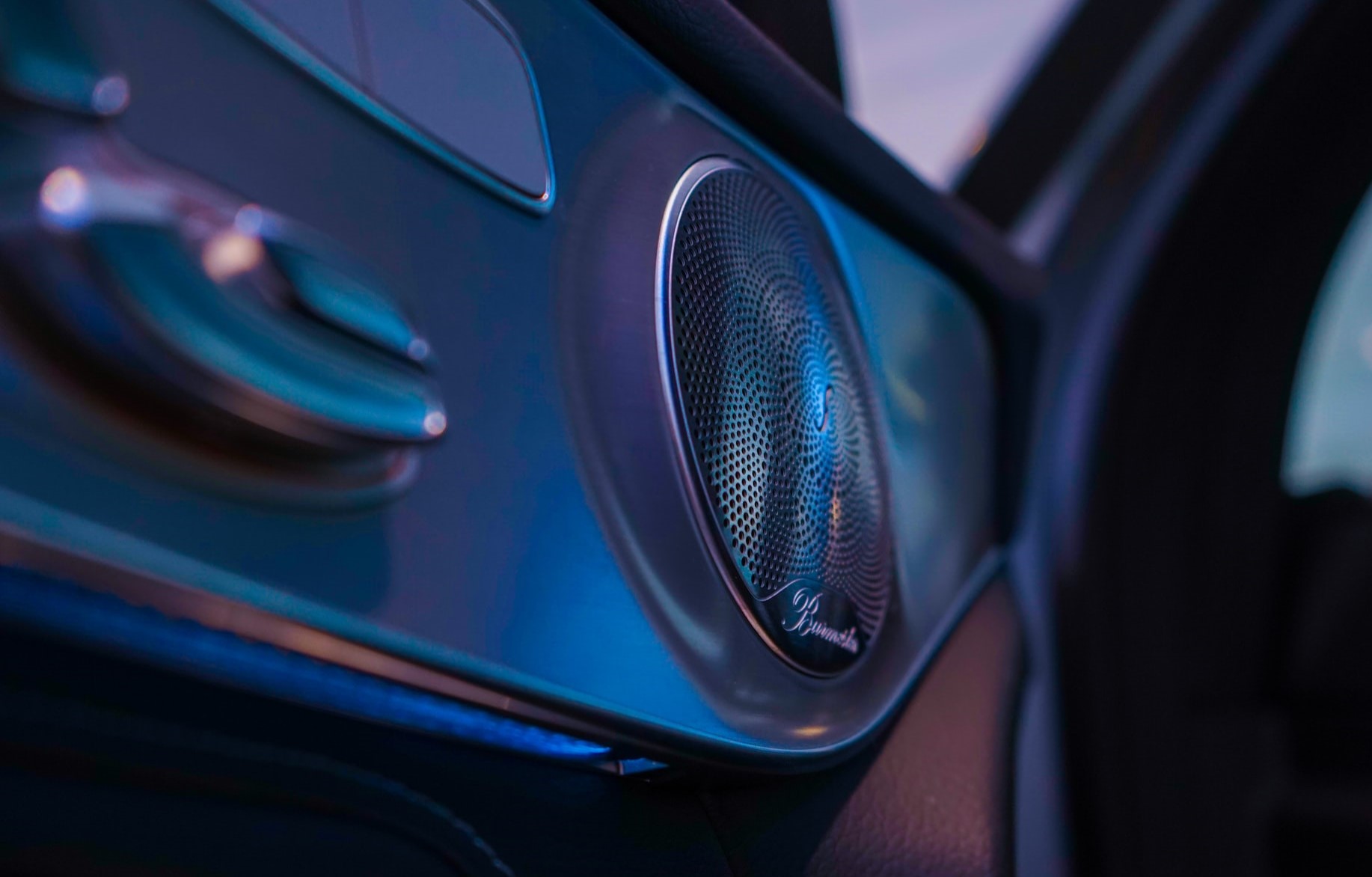 Normally, car speakers only last for three to five years, especially if you use your car’s speakers daily.

That said, this means that after three to five years, your car speakers will likely show signs of wear, such as cracking noises.

Most speakers have voice coils, which are coils of wire connected to the loudspeaker cone.

Over time, the voice coils in a speaker can get damaged, and it is more likely to occur in a car speaker since the car moves around a lot.

For instance, the speaker’s voice coil can get loose and bent, dragging itself throughout the speaker to make a crackling noise.

This issue is very common in car speakers since the voice coil will move around even more when you drive your car.

If you do not read the speakers’ instructions, you can easily overpower or underpower the speakers, leading to crackly noises.

When the power does not match the ideal power for the speaker, the speaker can make odd noises to compensate for the mismatched power.

Therefore, you need to make sure your speaker has just enough power to run properly in your car.

Some speakers have foam inside the speakers, which you would typically find in sealed speakers that only emit sounds.

Sometimes the foam in these sealed speakers deteriorates, causing the voice coil in the speaker to move around and create a crackling sound.

To fix this, you can try to have the foam replaced or replace the whole speaker altogether.

If you are unlucky, the speakers in your car may have already been faulty due to a manufacturing defect.

That said, this means the speakers were not properly assembled, or a part of the speaker was already broken.

Read More:  Why Are Dodge Chargers So Easy To Steal? (5 Reasons Why)

If this is the case, you need to have the speakers replaced or repaired since the issue in a faulty car speaker can vary.

The cause of the crackling noise may be from the source of music, not your car’s speakers.

For instance, some people use CDs that they burn music onto, which can lead to you burning low-quality music onto the CD.

When you play the CD, you could wind up getting odd noises from the file you used, creating crackling noise in the speakers.

To know more, you can also read our posts on why car dealerships are closed on Sunday, reasons not to tint car windows, and Ford Focus radio not working.

Car speakers can wear out, causing the speakers to make odd crackling sounds when you use them.

While there are a multitude of reasons why your car speakers crackle, some common ones include damaged connectors, interrupted audio signals, and source material.